For some reason I really sleep in today. I go it going around noon.

It was a nice sunny spring day as I went out to take care of the chickens.

After that I needed to put some woodchips in this new garden plot as I was getting big gobs of mud on my shoes so I got the wheelbarrow out and put some chips between the dirt rows. 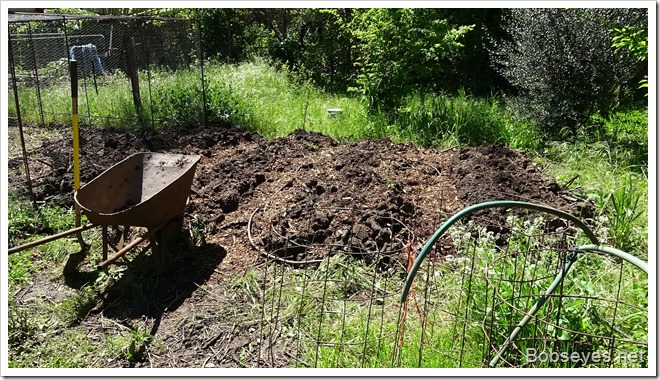 I watered all the things I’ve planted so far in the grow pens.

That hen seems to know what she’s doing

I checked on the nesting hen. She was out so I  had a look at her eggs.Checking them out I found some yoke on  two of them. Looking closer there appeared to be a small hole in the eggs. I bet those are the eggs another hen laid in the nest after she started to hatch them so the timing would be off and the new eggs wouldn’t hatch anyway. I wasn’t sure what’s going on so I left the two eggs in there for now. The holes looked like small pecks.

Here’s the nest eggs. I originally had nine eggs in there and there are 11 now. 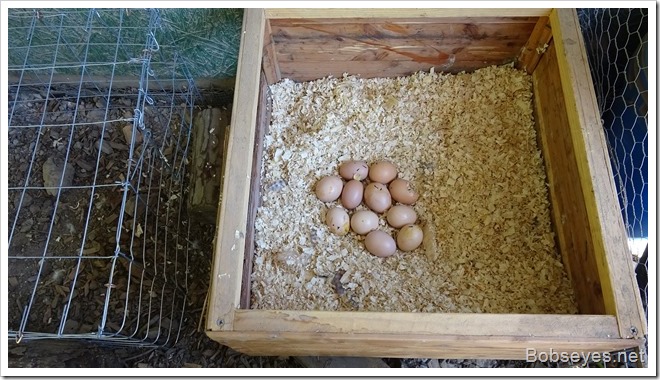 I  hooked up the sprinkler I put together yesterday to try it out. It was so high that it tipped over from the force of the water so I had to push the legs into the ground. I can see I need to add some foot stomps so I can just stand on the legs and push them into the ground. I watered this area for a couple hours or so. 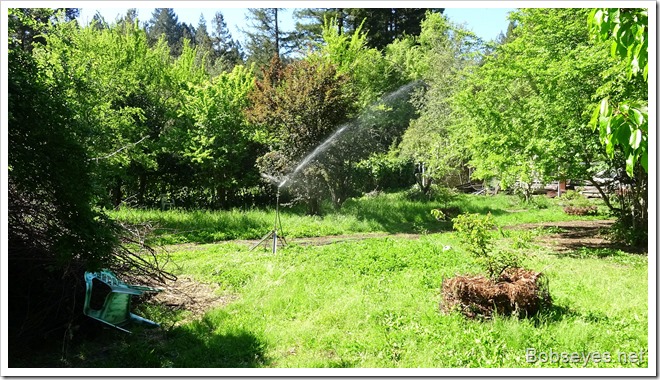 Hunting rodent holes into the attic

Here’s one of the place I can get under the house. 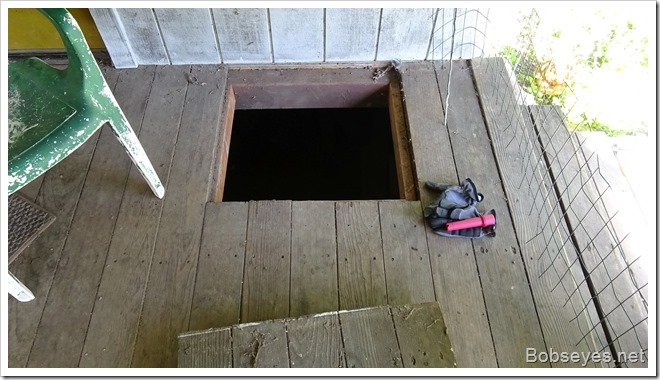 It’s not too bad under there. A lot of cob webs that I took a stick to before I could proceed anywhere. I had to go way in there as far as you can see to have a look. 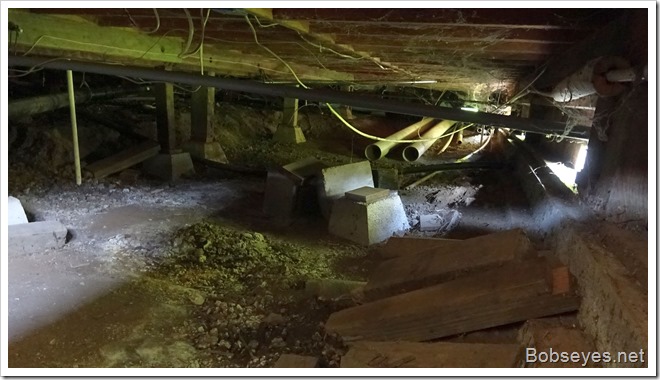 I did find a hole in that spot which I will get some foam for when I shop next.

Interesting enough the spot in the wall they climb up is right near my refrigerator which I thought sometimes made a lot of noise. Maybe it’s just the pests going up the wall.

I ordered another wireless cam like the one I have in the chicken pen so I’ll be able to monitor this spot when it comes in which I will do before attempting to plug the holes.

Crawling around under the house tired me out so that was about it for me today other than just sitting around enjoying the day.