The other day I blew the redwood leaves off my house roof and made this mess on the ground that is a fire danger to the house.

Today was started by me raking this up and putting it in the wheelbarrow and hauling it to my mulberry tree to be used as mulch. 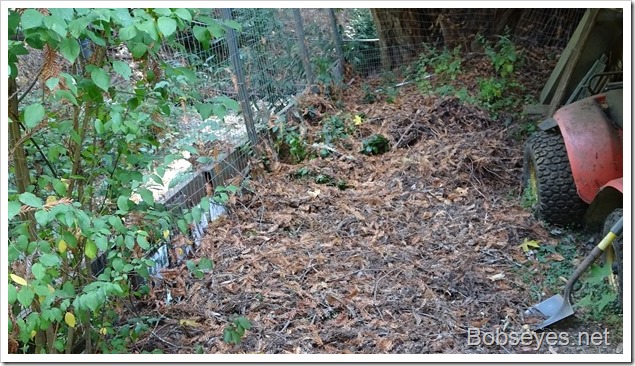 It only took two loads and that was done. 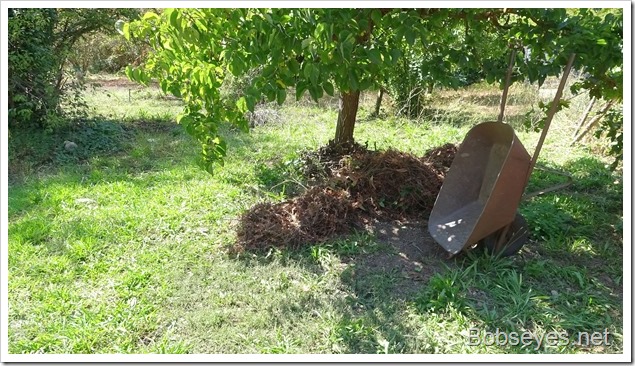 Next I got the tools out and measured and cut some fence wire to wire off a small enclosure in the chicken pen for the rat bait that the little chicks can’t get into. I got that installed and did some chair hopping. 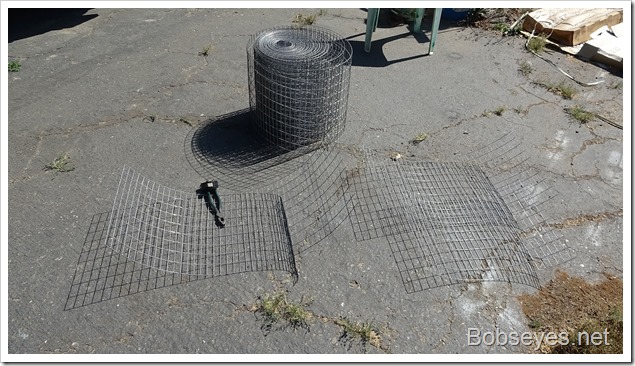 The afternoon was taking up chair hopping around the yard and cooking up something to eat.

I was thinking of going for a dirt bike ride up into the hills just before dark so I did some  more chair hopping waiting for the sun to go down behind the hills to the west of me before setting off on that ride.

I went by our water tanks to check the water level which was full so I need to do more watering in the yard. 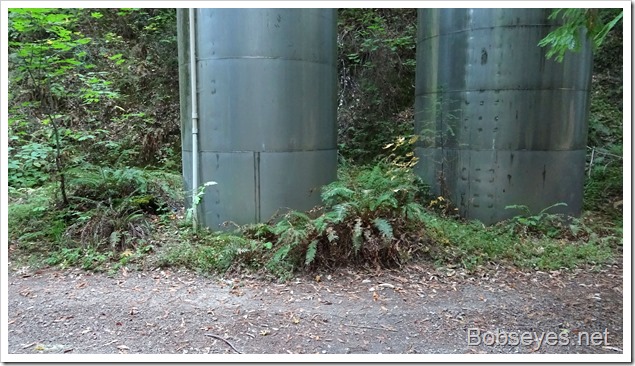 I rode on past the water tanks and up that road and headed on up to the hilltops where the sun was still shining. 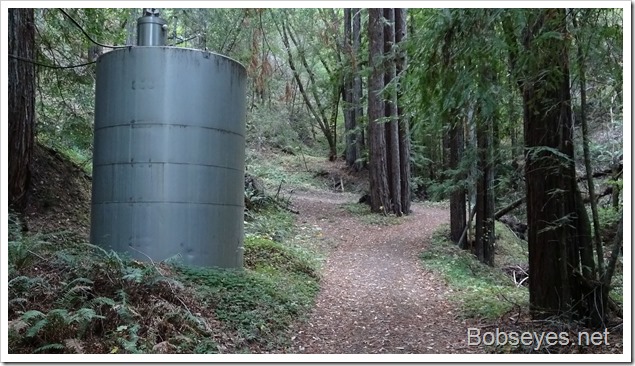 And stopped here at the Guerneville overlook to  have a look as the sun continued on down. 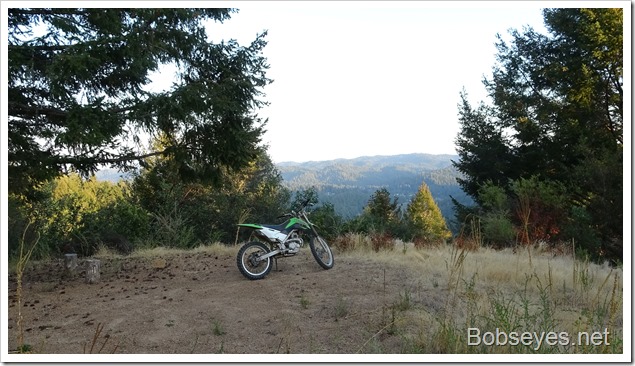 Then I rode on up to the higher point and tried the hammock out for a bit as the sun continued on down to the west. This is looking south from the hammock. 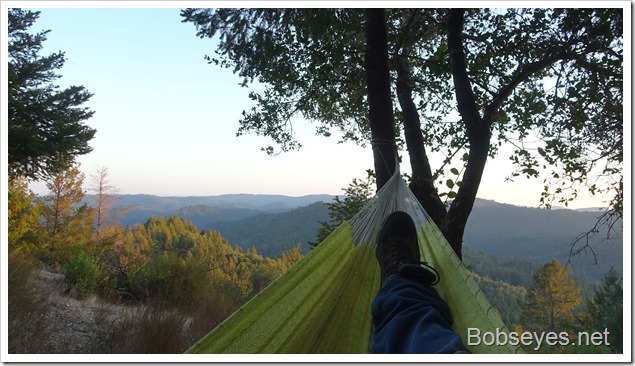 The sun finally went behind the hills to the west so it was time to continue my ride around a few more roads before it got too dark. 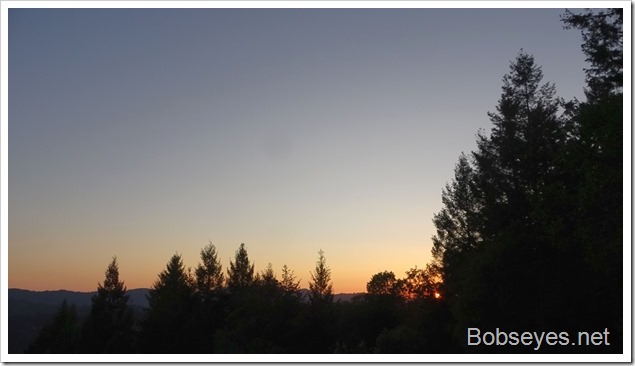 It was still light enough to get a good view with the sun just gone down. 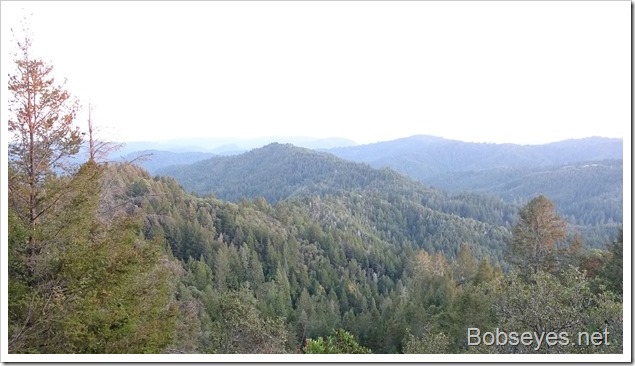 I jumped on the dirt bike and rode around some more. 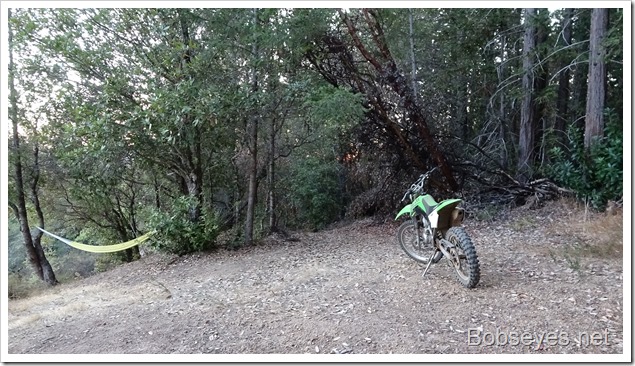 And got one more sunset from another hill top. 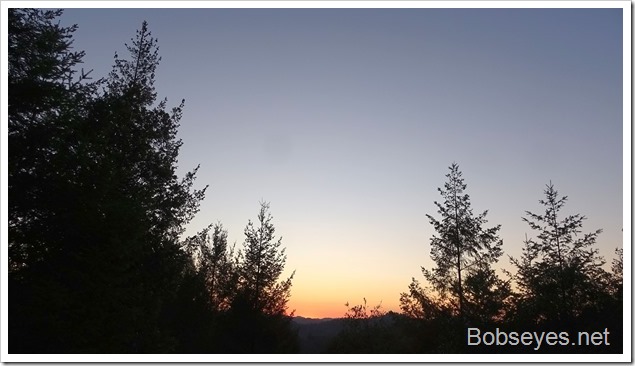 The roads were starting to darken as I rode around the hills a bit. 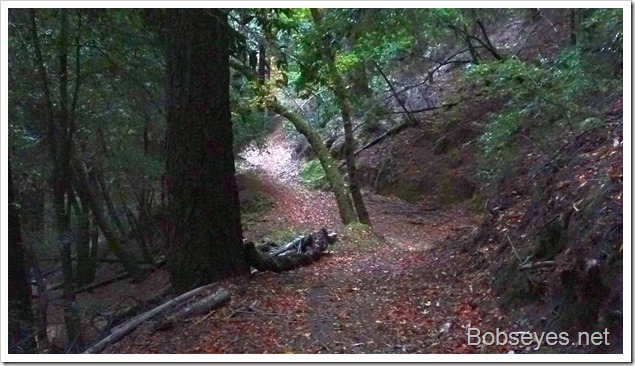 I didn’t have a light on the dirt bike so I didn’t want to stay out too much longer so headed down this road towards home. 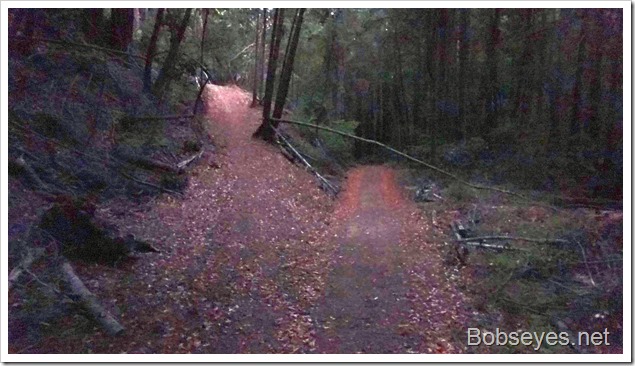 Here’s the new enclosure I put the wire around today to keep the checks out of the rat bait so I can leave the bait out longer so the rats can eat more of it and I don’t have to mess with it late at night. 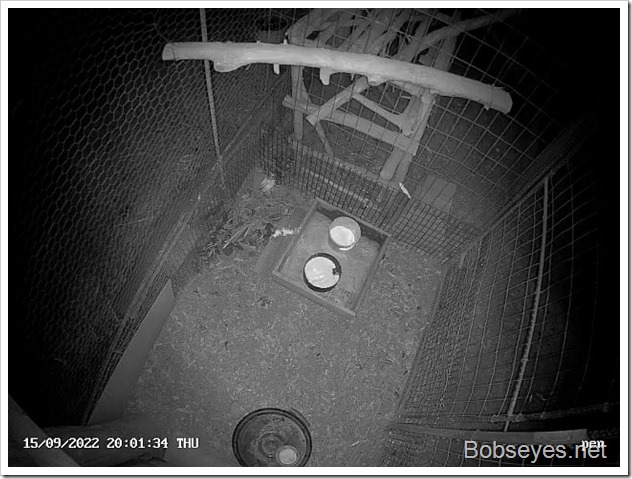 The rats didn’t take too long to find it. As you can see the rats are still healthy and like the bait.. The rats seem to  like open containers more than things that are closed up that might seem like more of a trap to them so they are very cautious on closed or covered stuff. 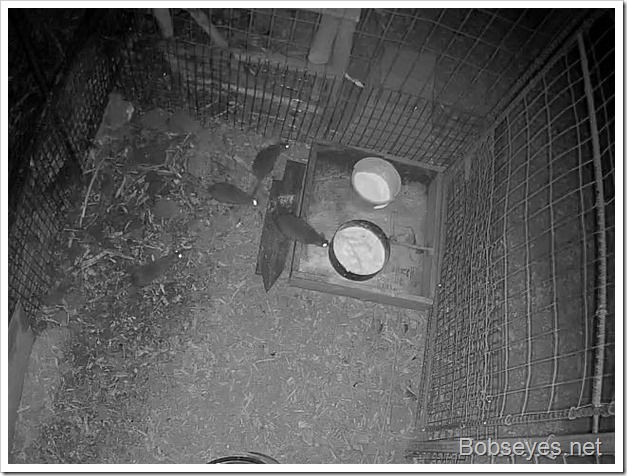 This setup should work much better than my other setup. We’ll see.

(Visited 83 times, 1 visits today)
This entry was posted in Uncategorized and tagged Dirt bike ride in the hills. Bookmark the permalink.