Yard Work, Cutting up the Dead Cherry Tree and More

The winds were supposed to be up at Jenner today, so I stayed home to do some spring type work.

There was some more rain coming in tonight and there was a very light mist coming down, but not enough to get me wet, yet.

This cherry tree died a few years ago and I needed to cut it up, so I got the big saw out. 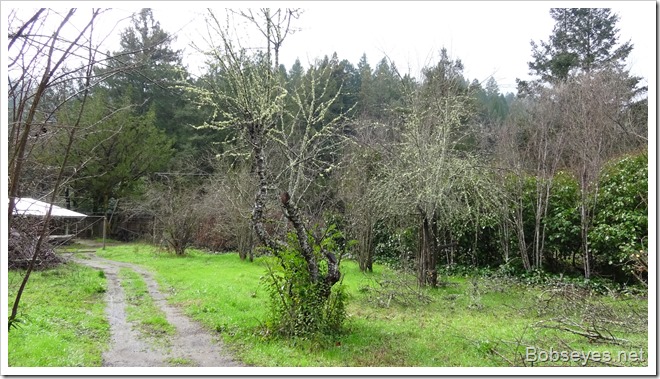 Saw won’t start with the switch off

I finally thought the best solution was to let it sit and rest and went over to my brother’s house and got his little chain saw and decided to work on finishing cutting up this olive tree. 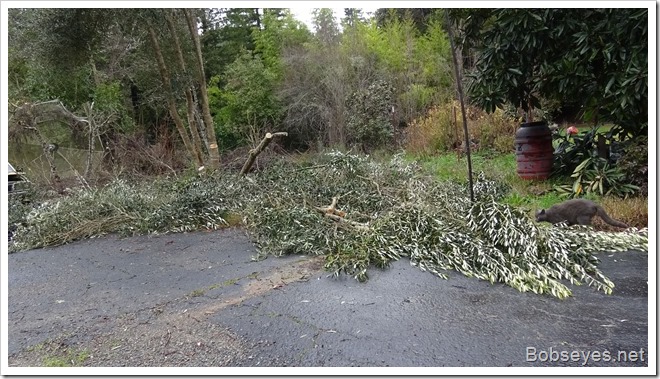 I cut up the wood and fell another fork off the tree and cut it up too. In the process of felling the tree fork, I knocked over a metal post with a bird house on it, which I had to now fix, but later. I snapped the metal post off as in cracked it up.

Olive tree all cut up. 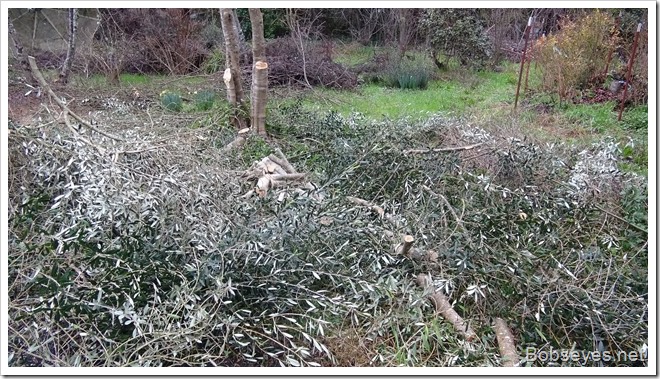 I got the other brush cut up too

I also cut up some more downed tree stuff in the back there from a tree that fell down last summer. It still had some larger limbs that needed cutting up so I could get rid of the rest of the brush, so I cut it up too.

And now the dead cherry tree is cut up

After a break I tried starting the big saw again and with the switch set right to run, it fired right up and I cut the cherry tree up into firewood type pieces. I attempted to cut the stump up too, but it was wet with water and was stopping the chain saw chain as there wasn’t enough lube oil on it and the saw was freezing up on the saw bar. I oiled up the chain bar once, but it didn’t last long so I decided to give nature some time to rot it out, or maybe I’ll cut it up this summer when it’s dried out a bit. 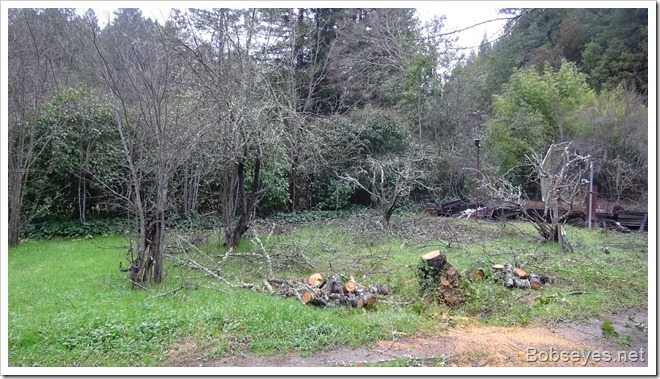 I needed to prune my Black Persian Mulberry tree a bit, so I moved the ladder over to it so I could get to the top where I wanted to cut the top branches down a bit. You can see the metal pipe I knocked over with the olive tree fork I sawed down a bit ago there on the right. 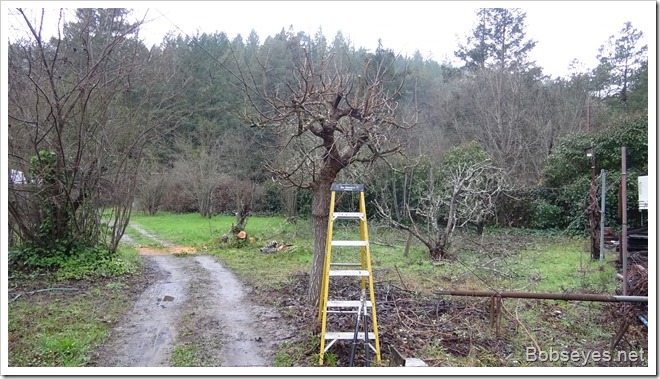 I trimmed the mulberry tree and put the metal pipe back up with a smaller pipe brace inside that pipe and put the bird house back up too. 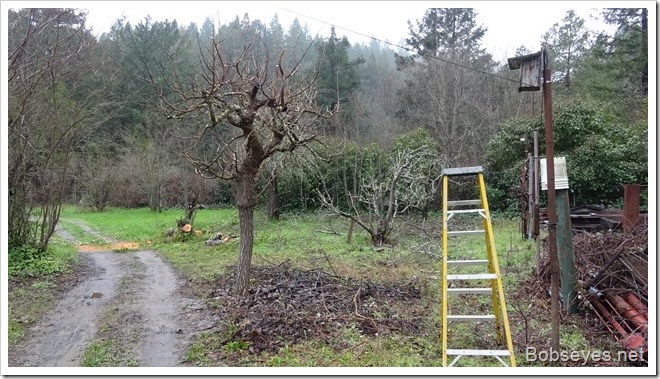 The mist was now getting me wet

By now the light mist was picking up and getting me wet, so I quit for the day. I had intended to pick up some of the brush, but that didn’t happen.