Yard Work and an Evening Dirt Bike Ride In the Forest

A bit of yard work

I needed to finish my leaf blowing job I started yesterday. I  had this front road to blow the leaves to the side. 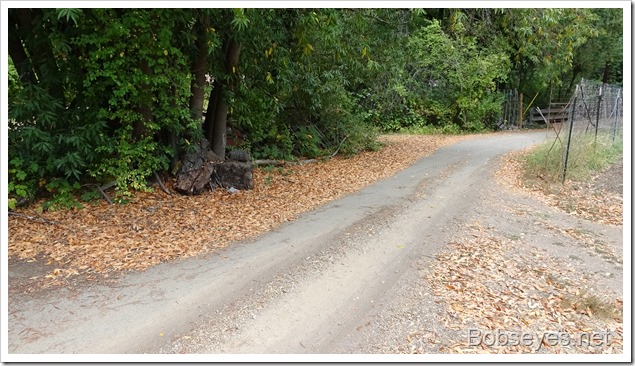 And the front driveway to do a bit of blowing to start with. 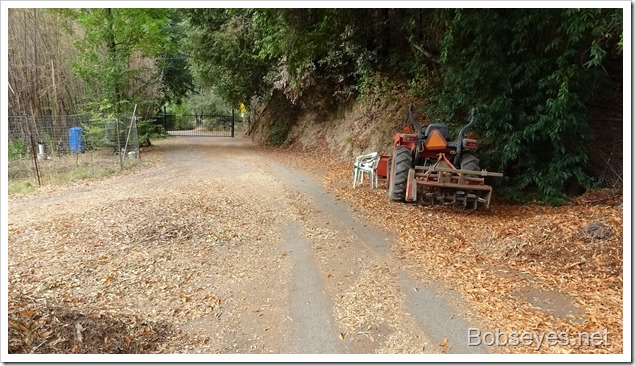 The blower makes quick work of those leaves so I got that part done. I still had around the chicken’s pen but I thought I’d wait until later in the day when they were out grazing so as not to disturb them too much.

I just puttered around the yard doing some chair hopping and eating the grapes that were ripe and almost gone.

Later in the day when the chickens went out to graze in the front yard I used the blower to blow stuff away near their pen and that was it for this blower work until the leaves build up again.

It seemed like a good thing to do before it got dark, so I jumped on the dirt bike and rode on up into the hills. 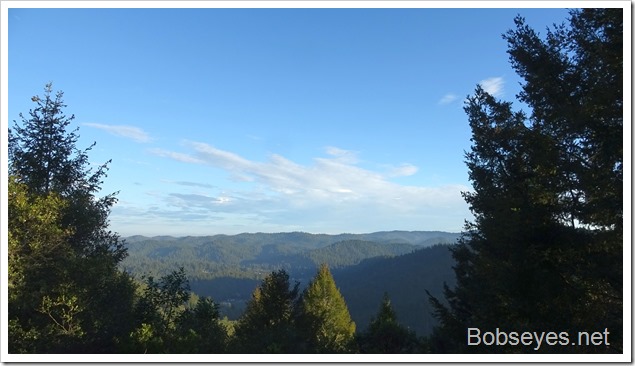 I took this ridge road to go find the sun that I knew was still up to the west. 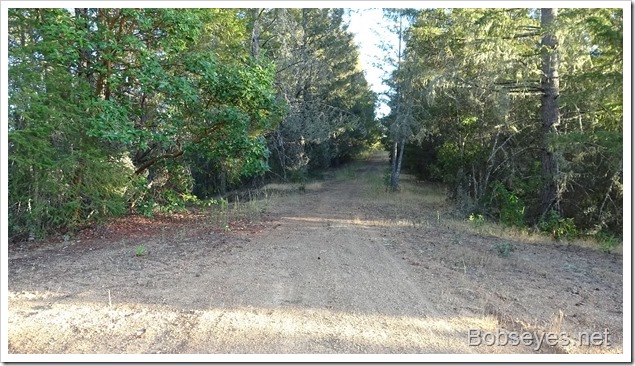 The sun would be awhile before setting, up here, so I took off for a ride around the property. 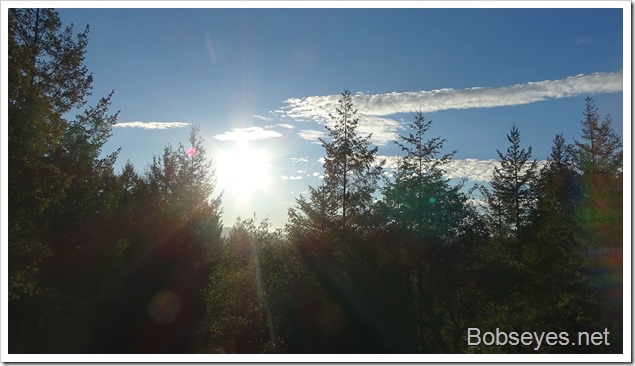 Eventually I came back to the ridge top where the sun was still up, but just barely. I could see the sun from this spot. 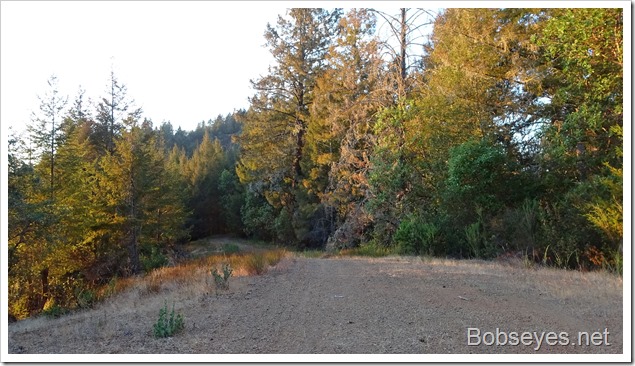 It was just starting to go down behind the mountains. 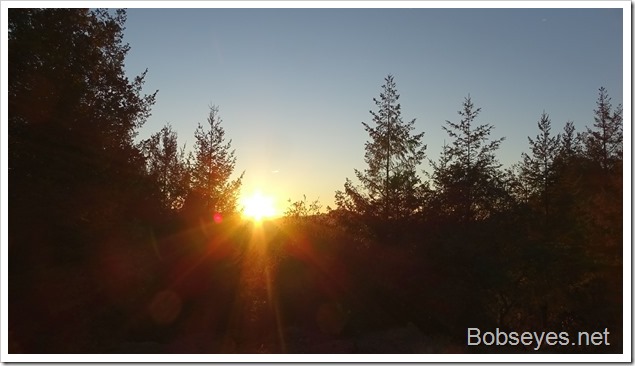 From there I rode over to the Guerneville overlook where the clouds were turning reddish. 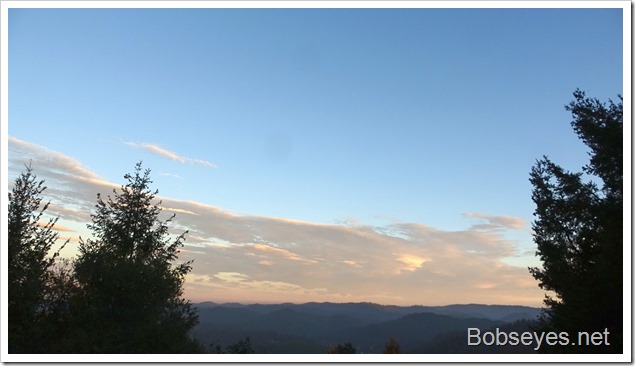 I could barely see the sun in the trees as it dropped behind the hills and was gone just after I took this photo. 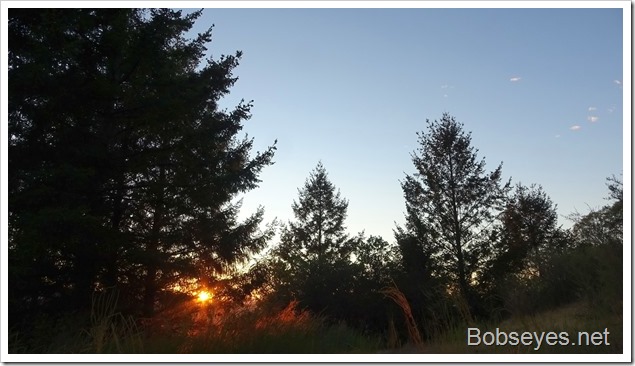 I thought I better get on home before the buggy man came out so I headed that way, but this downed tree stopped me. I was able to just break some small branches off it so I could ride under it and was able to beat the boggy  man before it got dark, just barely. :O) 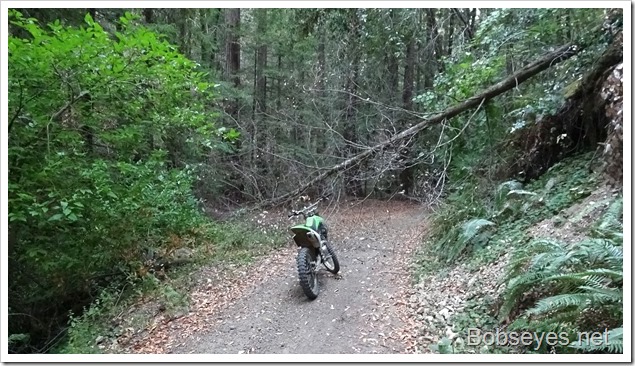