We are supposed to get some rain tomorrow so I thought it was a good time to get some more fertilizer out so the rains can help soak it into the ground.

I had some trees and other stuff I wanted to do with the water can. 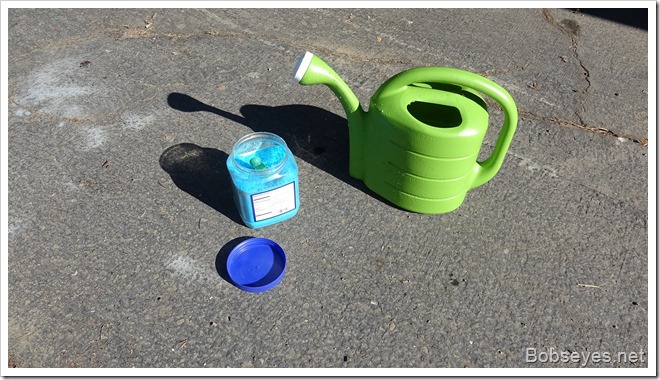 I put some on these cherry trees even though they are going dormant for the winter so the trees will get a good start in the spring. 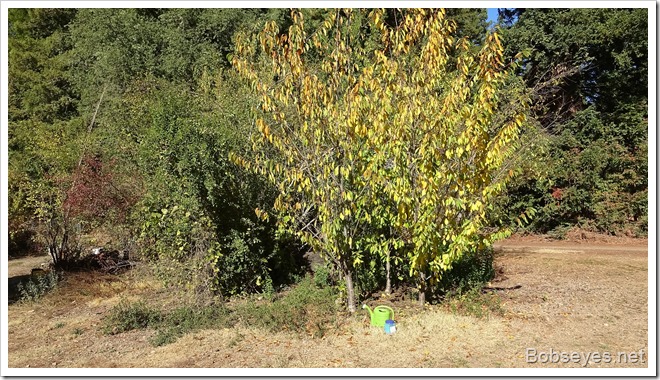 I fertilized some other trees and some garden areas too, about twenty cans full which pretty much tired me out.

After a rest I tried to get the Toyota started but the battery was real week so I  had to put the charger on it for a bit before I could drive it up into the hills as I wanted to put some fuel in the dozer and grease it a bit. 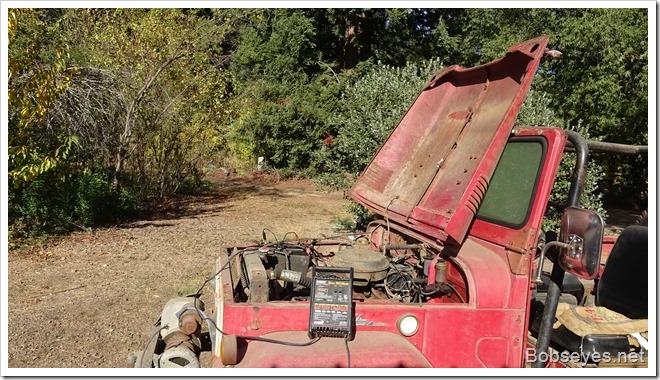 The battery posts are pretty dirty and could use a good cleaning but not today as I have other stuff to do. 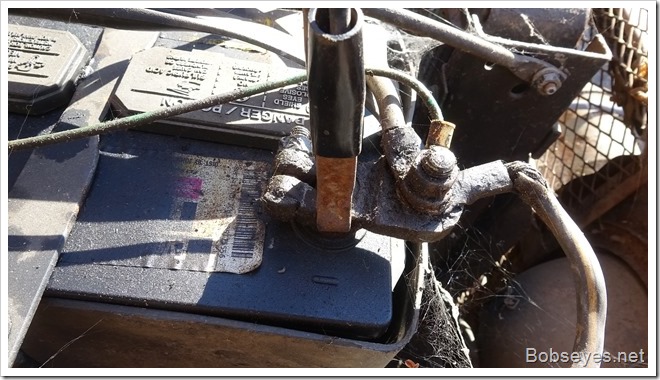 While the battery was charging I made sure all the stuff I’d need up in the hills got into the Toyota and I did some chair hopping too just to give the battery more time to charge.

Once I thought the battery was charged enough I drove on up into the hills to where the dozer was parked. I started by putting two containers of fuel in the dozer and spilled some and got a good deal of it on  my pants. Not bad enough to stop and go  home and change my pants but bad enough to get real dirty later as the diesel attracts dirt that sticks to the pants good.. It’s just dirt though. 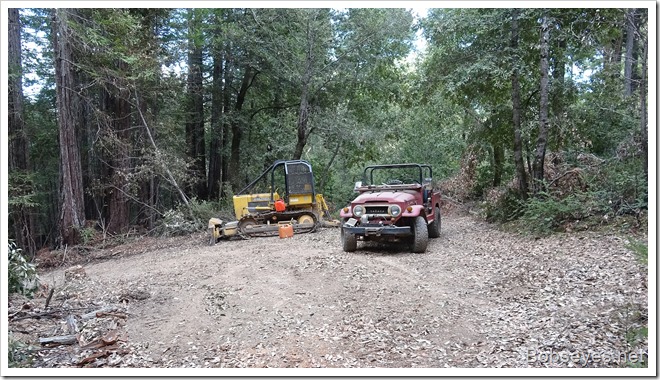 And I greased it a bit and used the track adjuster grease gun to tighten the tracks a bit. 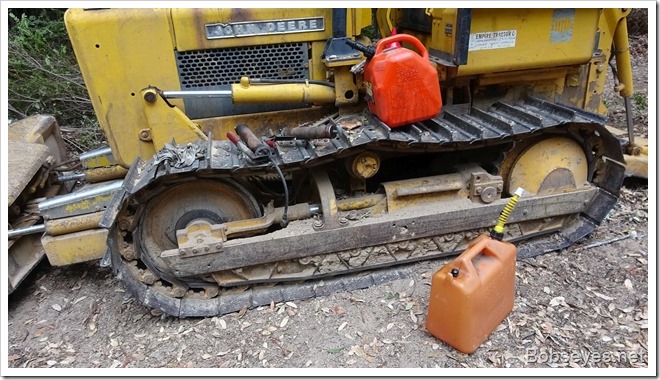 That’s all I wanted to do to the dozer for now as I  had other stuff to do up here in the hills.

I drove on up to our main spring area and parked here. 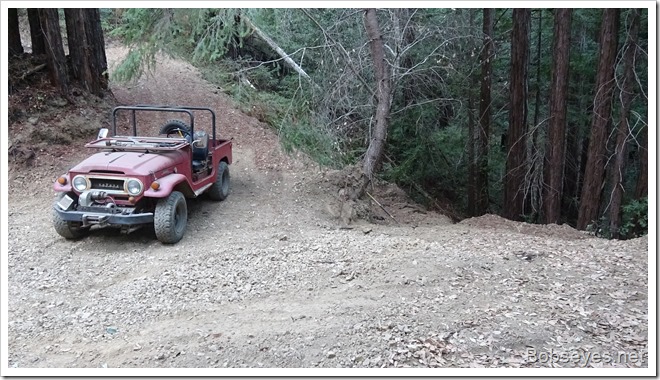 I wanted to bury this spring water pipe a bit so I dug a trail to put it on. 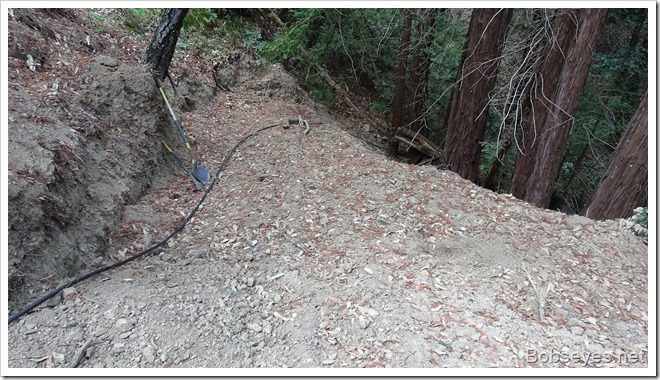 I used the manual tools to do this work and dug a ditch to bury the pipe. 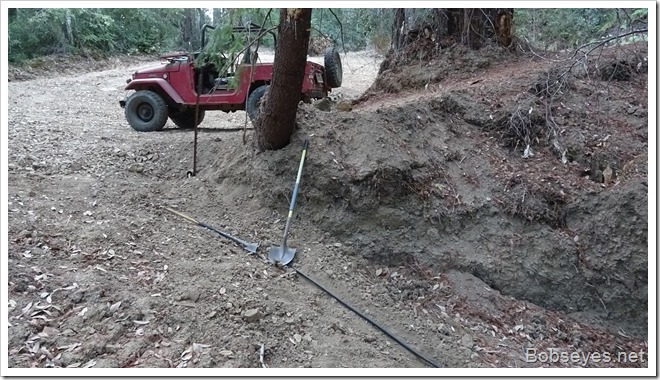 Here’s the dug ditch and trail that starts down the hill. 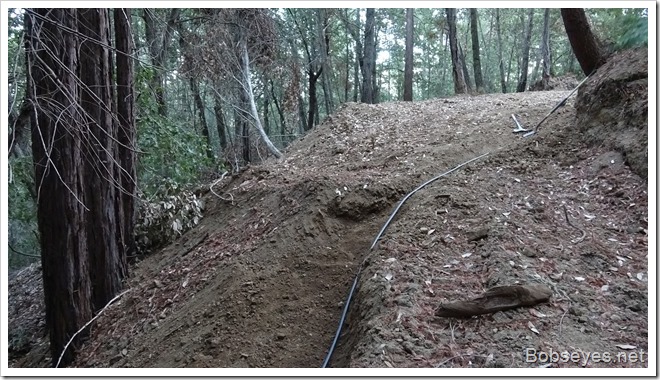 All covered up, just the first 50 feet of it as it’s still along ways down the hill so I’ll be working on this task during the winter off and on. 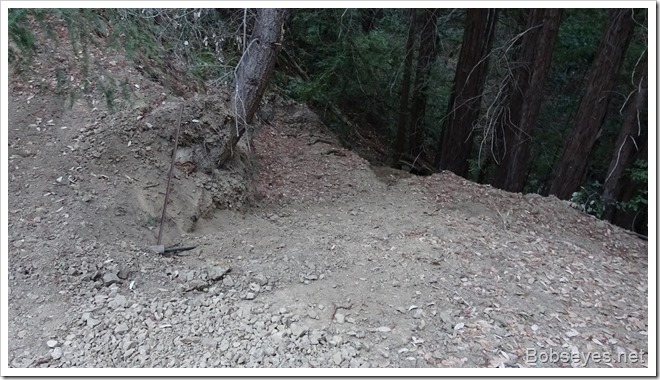 It was starting to get dark as I was finishing up so I headed down the hill to my house.

I found these yummy potatoes from  my brother’s garden. He’s been harvesting them and these are rejects with little defects in them that I cut out when I use them. It looks like some golden ones and red ones and some black ones or maybe they are purple. I will put them in my fridge and use them up. 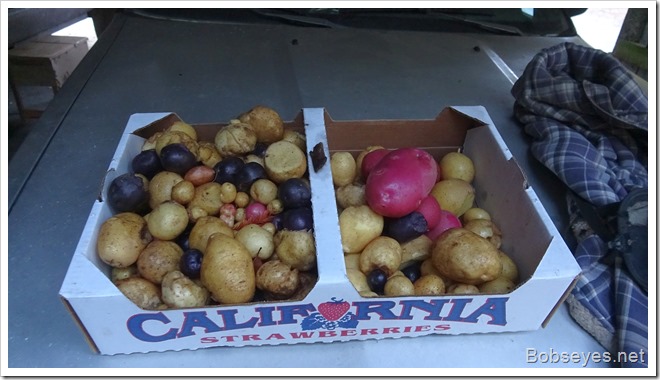 My chickens were a bit perturbed at me as I wasn’t home to let them out to graze today but they’ll get over it.