Yesterday while I was shopping I bought a big bag of yams to experiment with. I like yams, but not in large quantities. I can eat more of the white potatoes.

Anyway, I was watching something on You Tube the other day where a lady was cooking some sliced yams in a frying pan while not using any oil  making yam chips which seemed like they might be good. But how to brown them up without any oils, that’s what I needed to figure out how to do. Oils are one of the places I can get corned so if I can not use any, I’m safe.

Things started off bad, but

Well, things didn’t work out too good as I started the heat way too high and burned them right away, but since it was an experiment, I turned the heat down a lot and continued to try to brown them up and eventually ended up with these. Black hard yam chips.

As they cooled they hardened up a lot. But the little bit I tried was pretty good if it wasn’t for the burned part, so I did learn something and will try it again and this time I will do it slower and not cook them so hard. 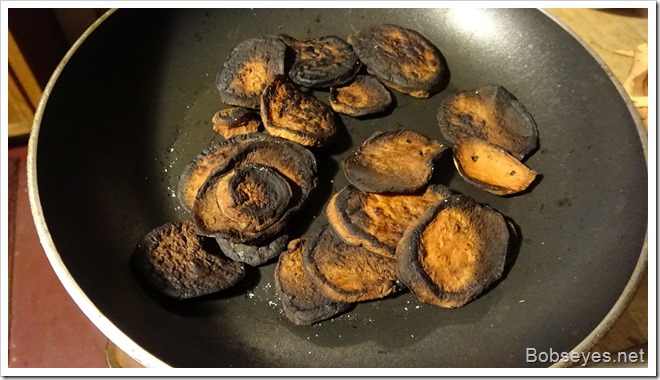 Was planning to go for a yak

This morning once I got it going I wanted to do down to the river for a yak, but it looked like the wind was up at the river.

Canceled that and went visiting instead

I was hoping the weather guys were wrong but as I drove into Monte Rio it was fairly windy there too, so I decided to go up and visit Charlie and his new renter Joan. His new neighbor has some stuff for me to try on my puffed up red skin from the corn allergy. It was a lanolin based product made for animals called Corona and looks like it may be some good stuff if it doesn’t have any corn stuff in it. I’ll have to test it out to see if it’s corn free.

We shoot the bull for about an hour and I left. As I was driving away,.

I decided to not yak today but instead go home and install the new water valve that I bought the parts for yesterday.

Not bad working with plastic pipe

I put the pieces of the valve assembly together and then I needed to cut the main water pipe. So I turned off the water and drained the pipes so I could cut into them. 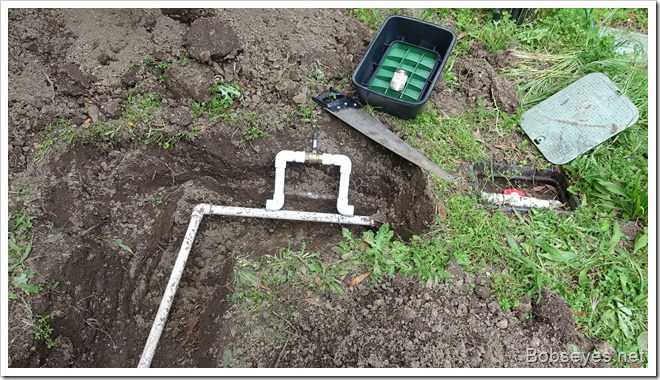 Here’s the water main with the piece of pipe cut out. It took some time for all the drips of water to stop from the cut pipes so I had a bit of break while I waited. You gotta get the water out of the pipes if you want the pipe glue to stick. 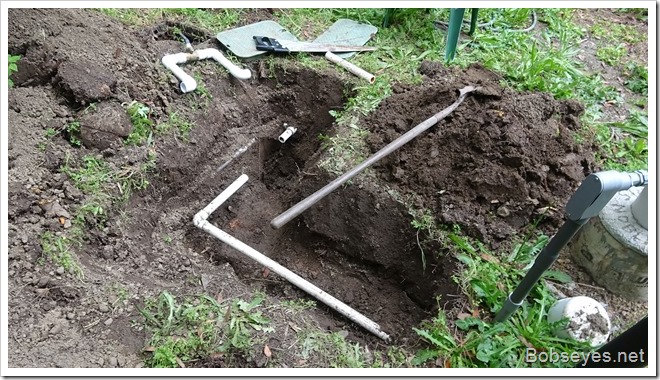 Once the water stopped dripping out of the cut pipes, I glued in the new pieces. 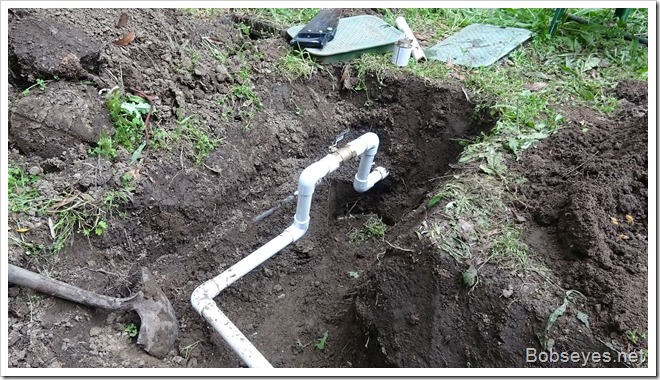 Put all the dirt back too

And then shoveled the dirt back in the ditch which looked like this. I like these plastic valve boxes as they don’t rot away like wooden ones do. 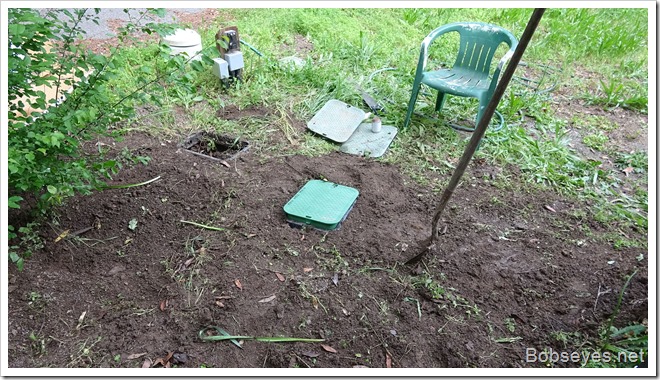 Then I turned the valves back on and flushed out the pipes a bit by opening this faucet. 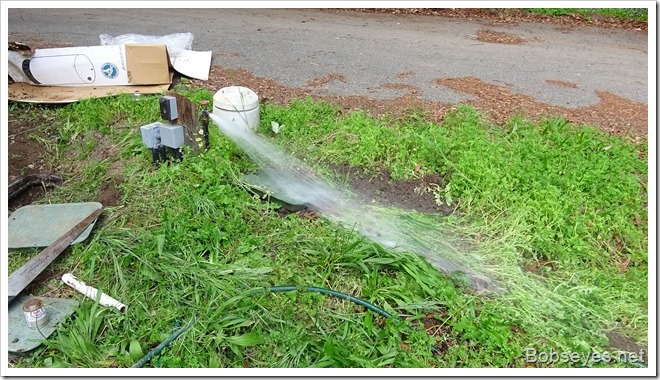 Once that was done I picked up my tools and took the rest of the day off, mostly puttering around in the yard.

(Visited 286 times, 1 visits today)
This entry was posted in Uncategorized and tagged instaling a water valve. Bookmark the permalink.