Yak at Jenner, Some Road Work and Some Van Prepping

Get a yak in

I thought I better get a yak in while I could so I headed on down to Jenner today. It was overcast mostly with a cool breeze coming off the ocean.

I put my boat in the water and decided to head on down to the mouth to see what was going on.

I passed by these surf scooters. They saw me and scooted around me to avoid me. 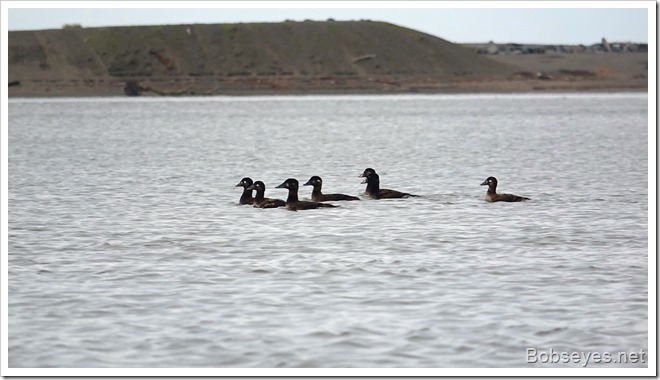 About one of these little paddle boats comes down the river each year from up the river someplace. I think I last saw this one just below Monte Rio the other day. They are usually old and mostly garbage. 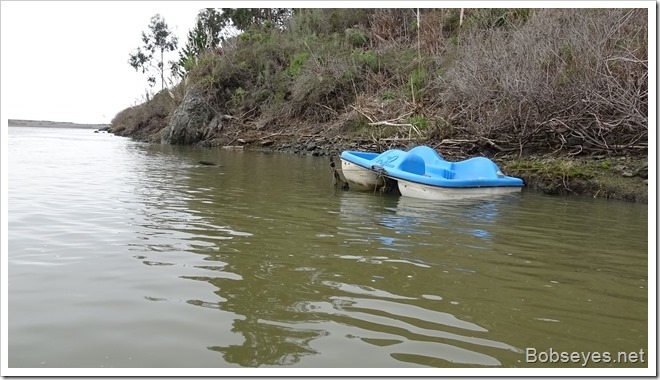 I was following this kingfisher that finally stopped long enough for me to get it’s picture before it flew off. I saw it again later. 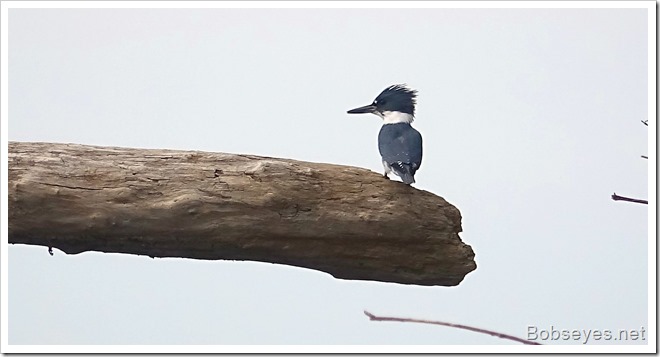 I paddled along here headed to the mouth up ahead. 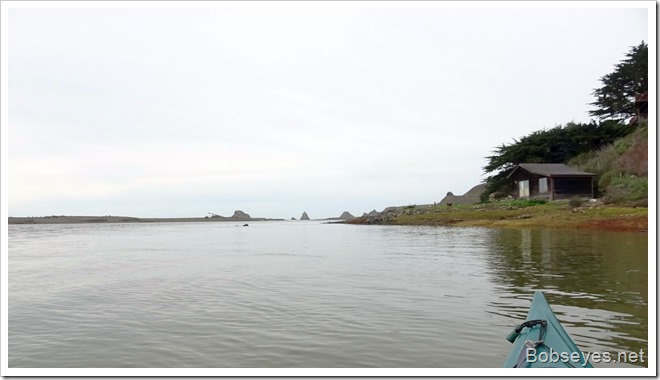 I could see lots of birds and harbor seals around the open mouth. 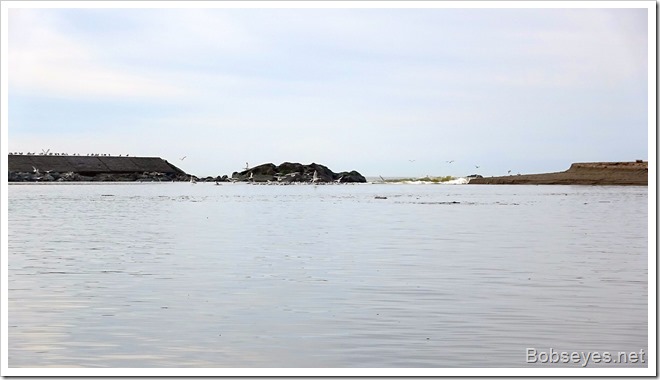 The birds were mostly seagulls. 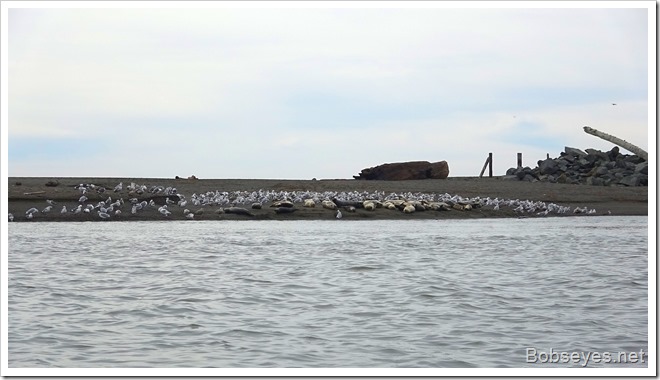 With some harbor seals mixed in. 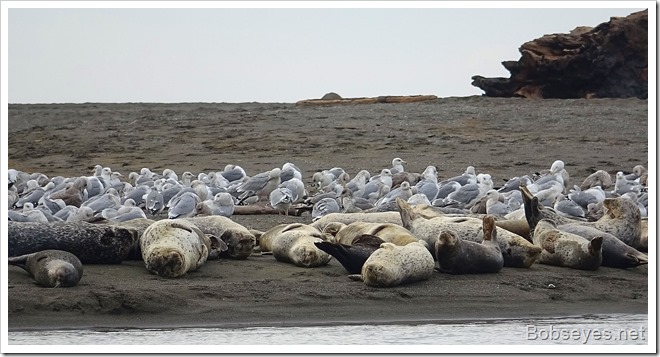 I sat here in front of the river’s open mouth looking out into the Pacific Ocean. 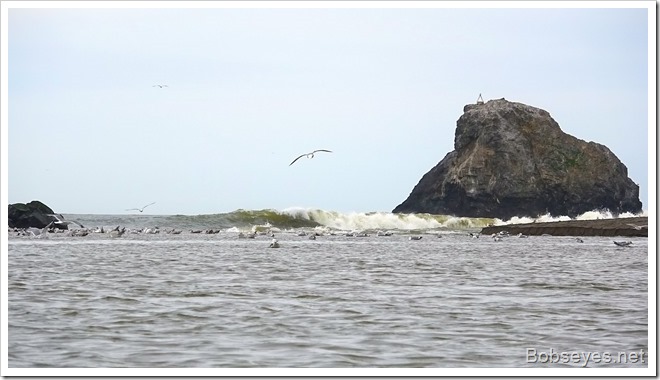 I moved on down the river headed to it’s end. These cormorants were fishing as I went by and they moved out of my way. I’m headed down by that big rock  which is at the end of the river. 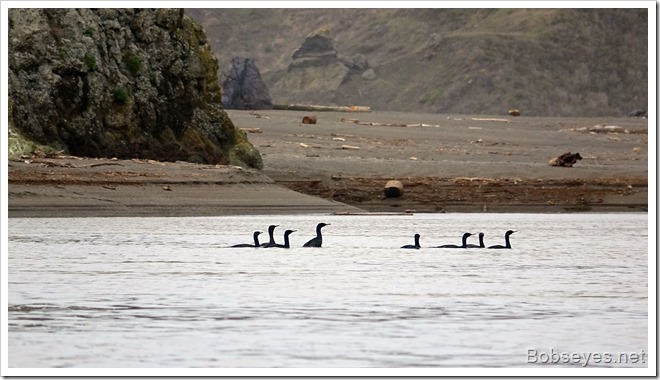 I saw this pair of ravens doing some mutual preening. 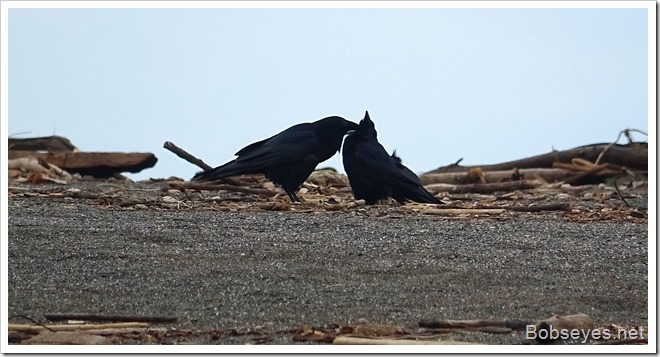 I sat here by the big rock for awhile watching things. I could see some seal wakes across the river from me. I could see from the wakes that the harbor seals where hunting big fish along the river’s edge. 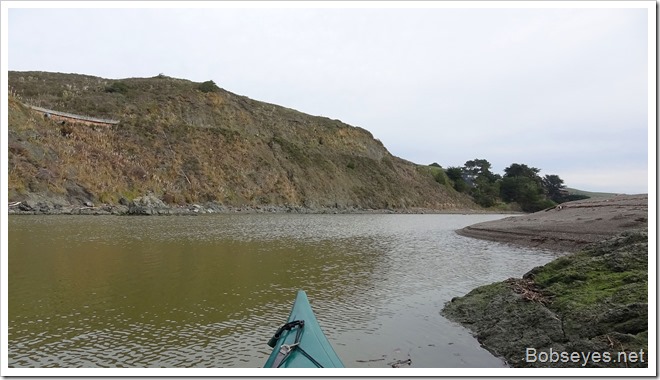 I paddled on over to where the seals were hunting and sat in my boat watching for any action.

Here’s one of the harbor seals hunting around me. It stopped to see  where I was at, but still swam right under my boat. 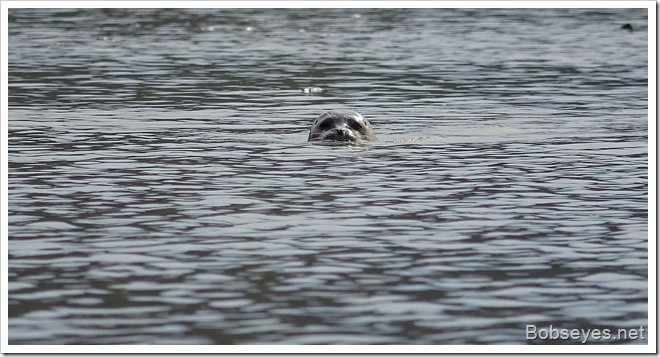 The open mouth was across the river from where I was sitting as I waited for some seal action. 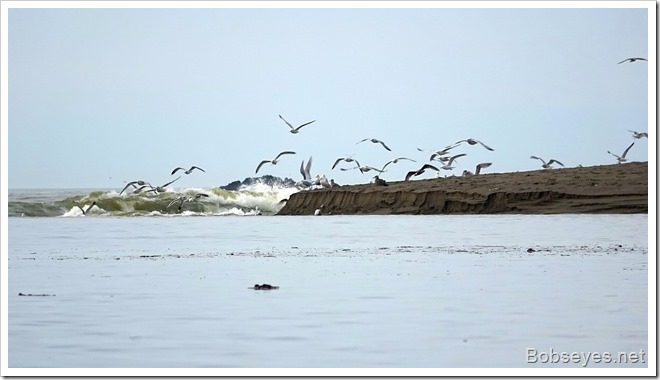 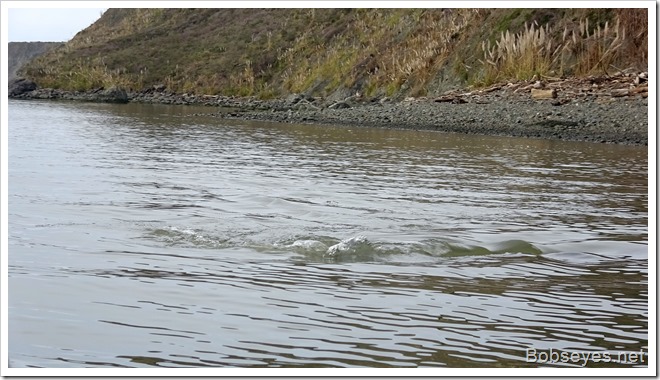 I watched the seals for awhile but didn’t see them get anything.

I decided to quit early today as I have some stuff to do at home so I headed in.

The kingfisher came by again and presented itself for a good picture. 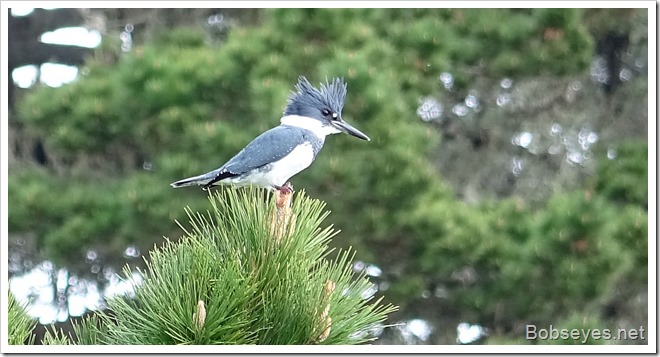 I paddled over to Penny Island and went up it’s north side and crossed over to the boat ramp and went on home for the day.

Once home I didn’t waste any time and grabbed a shovel and rode the quad up the hill. I needed to do some shovel work on one of the roads. A spot is sinking a bit and has some cracks I want to fill in so more water doesn’t go into the cracks and cause more damage when it rains again.

That didn’t take long before I was headed down the hill again. Forgot the camera.

Back home I gathered all the stuff from the van, including all  my water clothes and did some wash.

I put the bed back together with fresh stuff and sorted some stuff to get ready for a trip to Port Orford Oregon in a couple days.

I also greased the rear drive line on the van which I like to do before each trip.

1 Response to Yak at Jenner, Some Road Work and Some Van Prepping