Yak at Jenner, a Duct Stone and Maybe Some Skin Bacterial Problems

Getting out there for a yak

I needed a yak today, so I got my stuff together in my car and headed on down to Jenner for a yak.  Some fog was coming in and it was a bit on the cool side.

John comes by for a chat

John the trash picker upper came by and we shot the bull for a bit. John fills me in as to what’s been going on in Jenner. He said someone tried to start three fires just to the north of Jenner the other day. Luckily the wind was down so they didn’t take off and turn into a major forest fire. 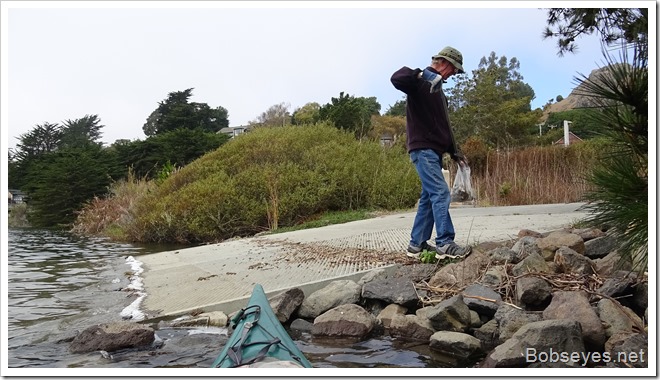 Paddling onto the flooded Penny Island

I left John doing his thing and paddled across to Penny Island. With the mouth closed up and the water high about eight feet at the visitor center, most of Penny Island is flooded so I paddled on in to have a look.

Here I am sitting on the water that’s flooding the island looking west towards the ocean. 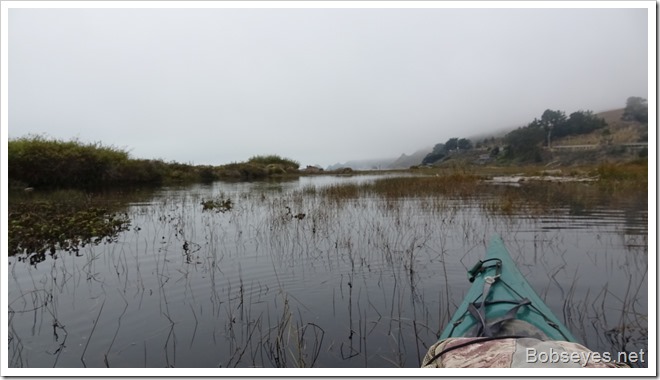 I paddled over to the bottom end of the island and sat in this spot for a bit. 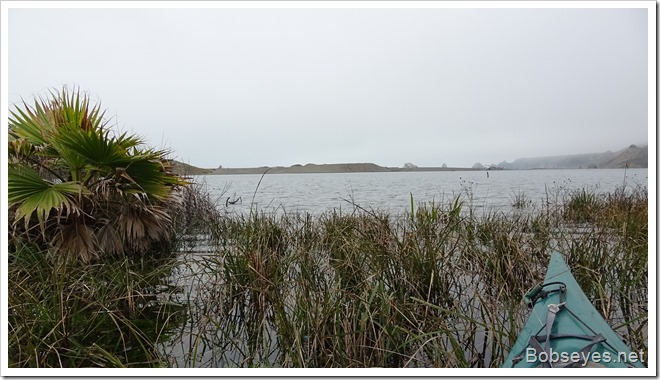 Lots of seagulls flying around today

After a bit I started across the river towards the river’s mouth area. There were a lot of birds flying around down that way, mostly seagulls. 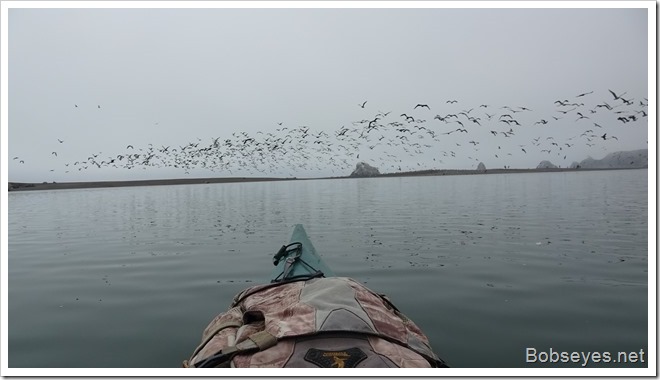 River’s mouth is closed up

I paddled all the way down to the end of the river where the mouth should be. As you can see it’s all sand with no mouth as it’s closed on up. 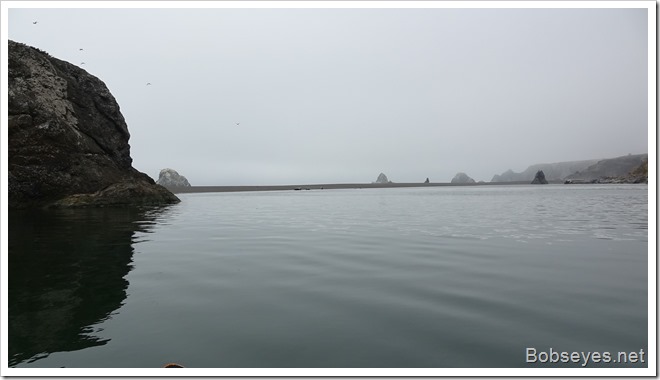 There were a few harbor seals just across from me resting on the beach. 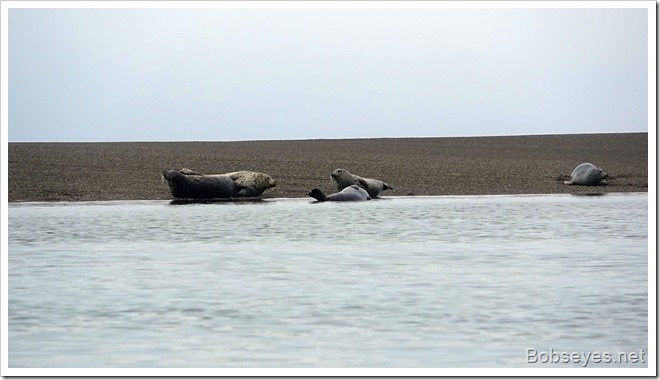 I stayed in the area for about a half hour, but it was a bit on the cold side, so I started on back. 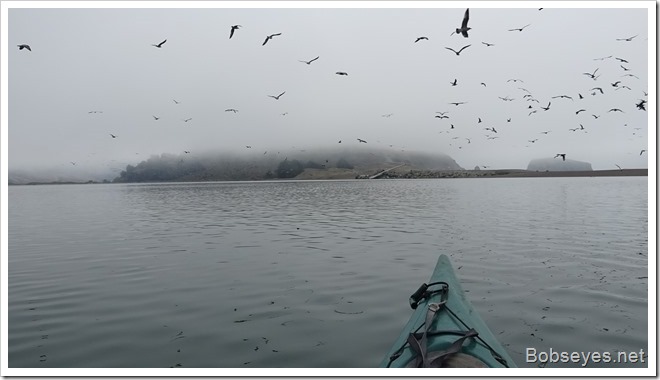 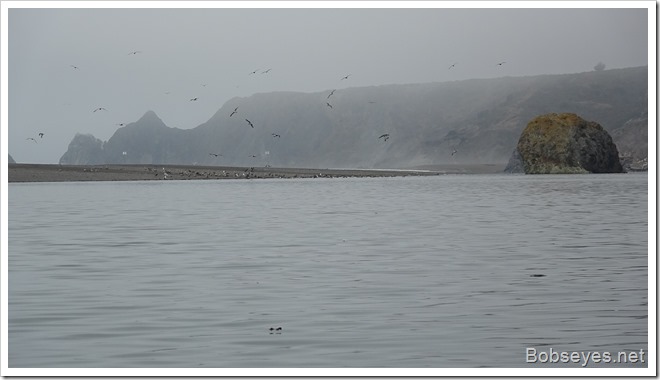 The jetty area looked like this with some big waves breaking over the rocks. 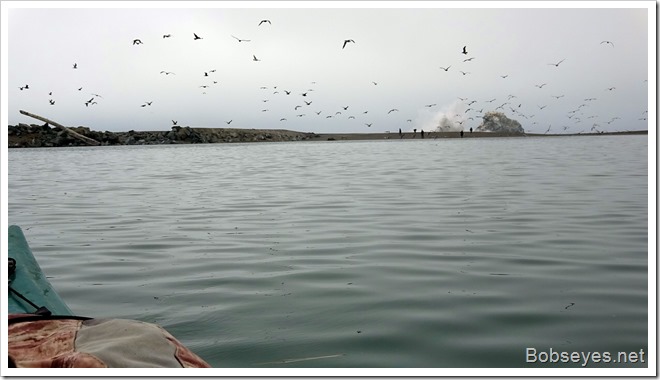 I saw this guy throwing sticks ins the water for his dog to retrieve. I stopped to talk with him a bit. Said he was down this way to get out of all the smoke from the fires in the area. 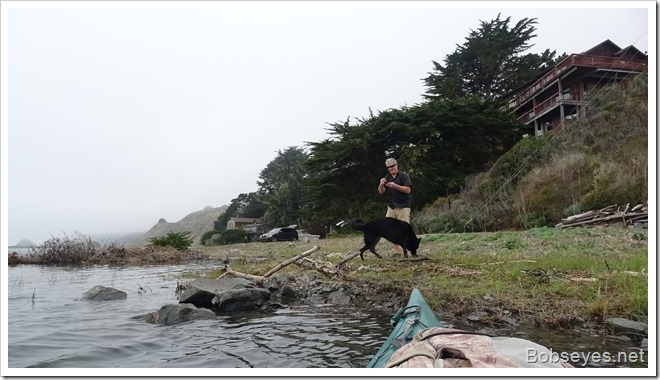 Headed on in for the day

Like I said it was a bit cold today, so I headed on in going up this way along the shoreline. You can see a thick fog is trying to come in. 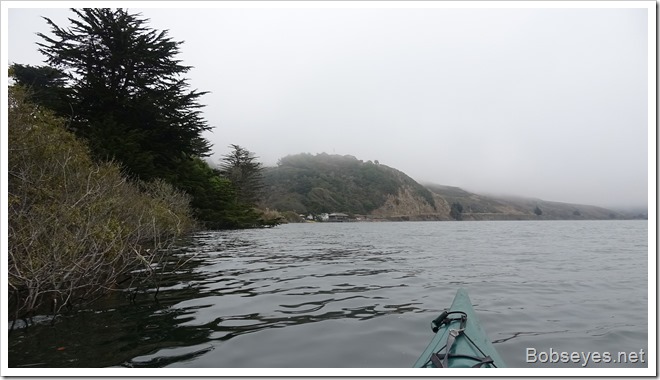 Stopped to visit with Charlie

So I put the boat on the car and drove on back to Monte Rio and drove up this little narrow road to Charlie’s house to visit, or shoot the bull. I did help him out with some computer problems.

I drove on home from his house where I took it easy for the rest of the day.

Wow, I do have a stone in the duct

In the evening I was taking my antibiotics on ice cream which tastes pretty good as I’m opening the capsules and dumping the drug onto a spoon of ice cream. I was working that around in my mouth when I noticed something had changed. My infected salivating gland duct had what looked like a tooth poking out the side of it. I got some tweezers and grabbed what looked like a tooth, but since it was coming out of the duct, I knew it was a stone. It turned out to be about three quarters of an inch long and about one quarter inch diameter and nice and pearly white looking.

So I did have a stone that the doctor missed finding yesterday. Once I pulled the stone out, every thing just felt better. I was washing the stone off in the sink and it jumped off my tweezers and jumped into the drain hole never to be seen again. Darn thing got away.

We missed this important thing yesterday at the doctors

I was looking over my rashes and noticed about a dozen bumps on my left arm and a few of them in my left hand. I also had about four of these on my upper left leg. They were all filled with a small about of puss. These were missed yesterday at the doctors, but I think they may indicate I have a bacterial skin infection causing most of my rash. I dug into each one with my tweezers and drained them. They are already starting to heal up.

The antibiotics I’m taking for the salivating duct also are working on treating any bacterial skin problem so I hope a lot of the skin rash will clear up.

2 Responses to Yak at Jenner, a Duct Stone and Maybe Some Skin Bacterial Problems