Some things don’t work out

I had a pretty good night staying down here at the shop in the parking lot. My part was supposed to be here at 8:30 this morning,……………..But.

The warehouse guys didn’t get my part on the truck, so no part. But these shop guys arranged to get it somehow and it would be here by 12:30 today. Yea.

I have a front disc brake that is locking up so we thought it was the wheel slave cylinder so the guy got that installed but it still locked up. If I was working on this I would have replaced that part too.

While bleeding the brakes for the slave cylinder I thought it felt bad so I suggested we replace that as there wasn’t much else in the system that could go wrong, or so we thought.

Robbie the owner came over to  have a look and I said well, let’s replace the master cylinder as that’s what I’d do. But we were a bit concerned as to why only one wheel was locking up and not the others.

They were able to get a  new master cylinder in here about 3 so the guy got it installed and the brakes bleed well, but guess what. That ol wheel still locked up when the brakes were pressed. 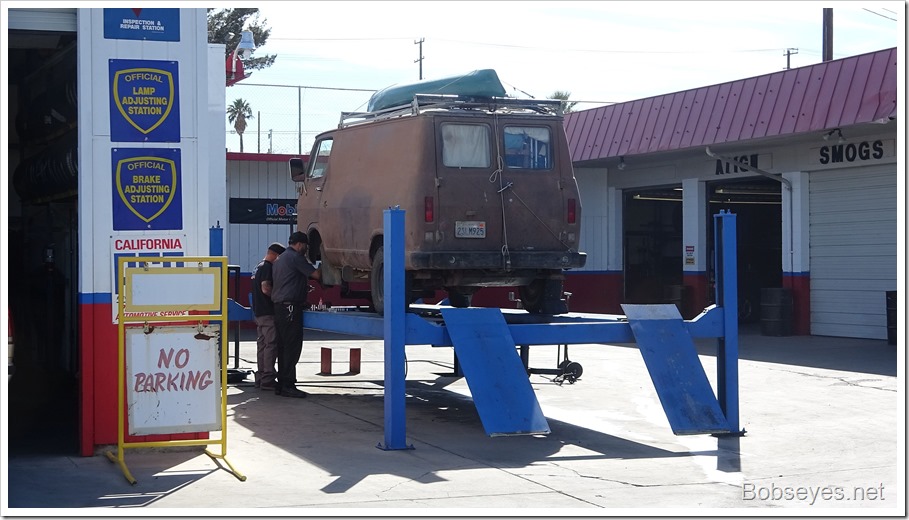 Now there are three of them working on it to solve the problem. This guy and the owner and another guy are under the van. 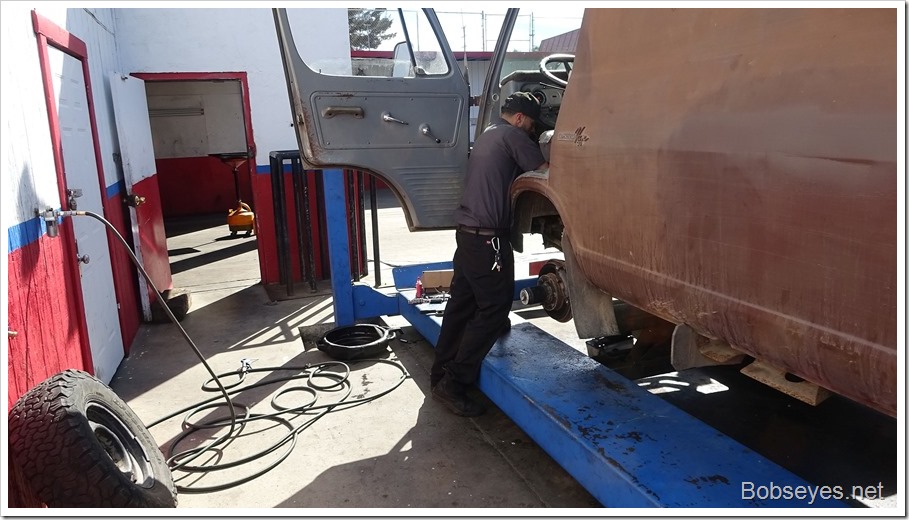 I think they got it

They finally determined that the rubber brake line had a tear inside it that was acting like a check valve causing the problem. He consulted me about the brake line and I said sure order it up.

He said the only problem was they couldn’t get the part before tomorrow morning so I was going to spend another night in their parking area.

They were going to put stuff back on the van to move it out in the parking lot but I  said I’m fine where it is if it’s alright with you.

So,  here’s where I’m spending the night. 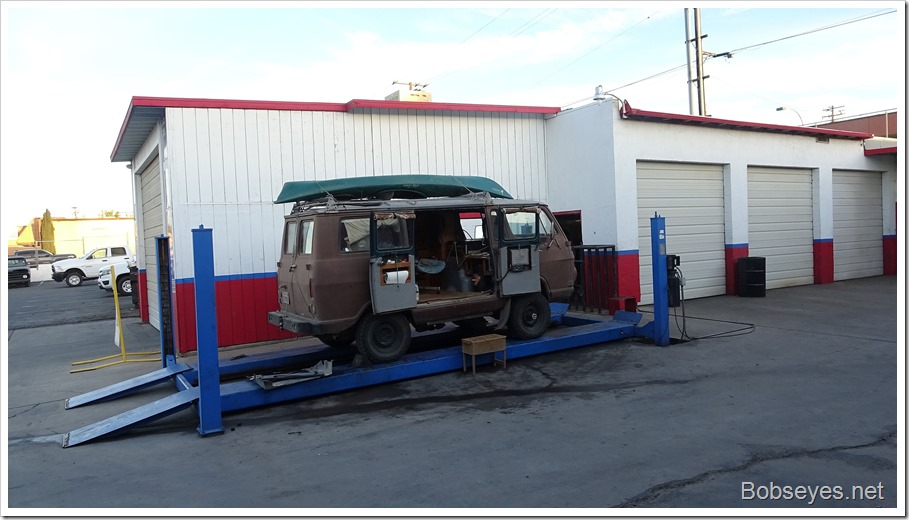 So this is a really weird problem. If I tried to fix this myself out in the desert where I broke down I would of had a hard time with it, getting parts and all. And I forgot my jack so I wouldn’t have gotten very far with it.

This is an older shop and Robbie the owner runs it really well and all his customers I’ve talked to were happy with the shop’s work as I am. His employee’s are all friendly and courteous and do a good job as far as I’m concerned.

Most people’s problems aren’t as bad as my problem was. They stick with it until they solve the problem and I highly recommend them if you need a tire or some brake work done in this area. They also do smog and batteries and some other stuff too.

Despite the setbacks I was happy with the work that was done and their persistence taking care of this difficult problem.

So, nice day despite the problems.