Working On the Waterfall Trail and Looking For a Drink

Back up into the redwood forest I went again today to do some trail work, and some hiking exploring and get some exercise. 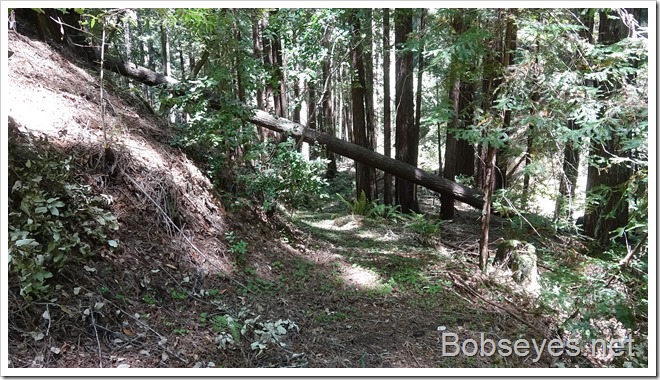 One of the reasons the quad can’t get through this trail yet is there’s these logs across it I haven’t dealt with yet. 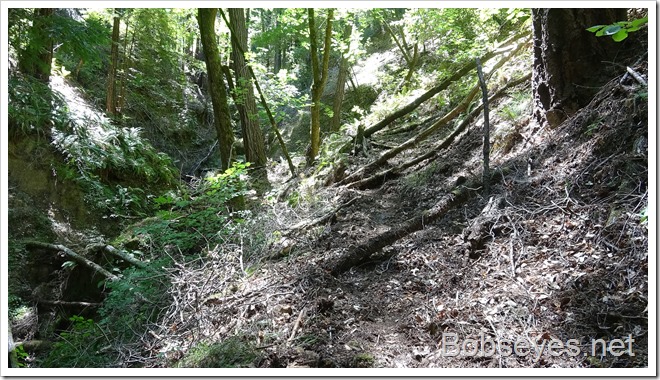 I didn’t have any tools but I was able to break one of the logs and get it out of the way but the others weren’t rotten yet so I’ll need the chainsaw to remove them. 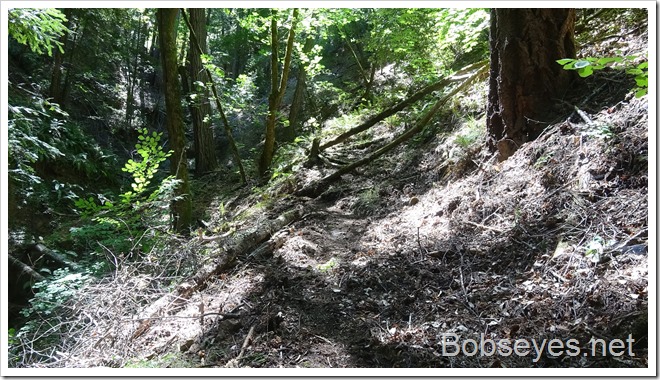 I was sitting at the waterfall here and thought it would be a good idea if I could get some drinkable water piped down to this spot. I looked at the wet seep and wondered if I could tap a spring up on top of the waterfall. 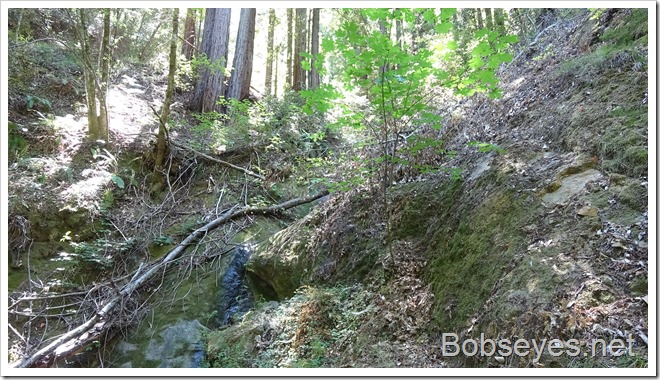 I decided to see if there was a tap-able spring up above the fall so would have to ride around some roads to get to that spot but first I needed to walk back down the trail to the quad runner through here. 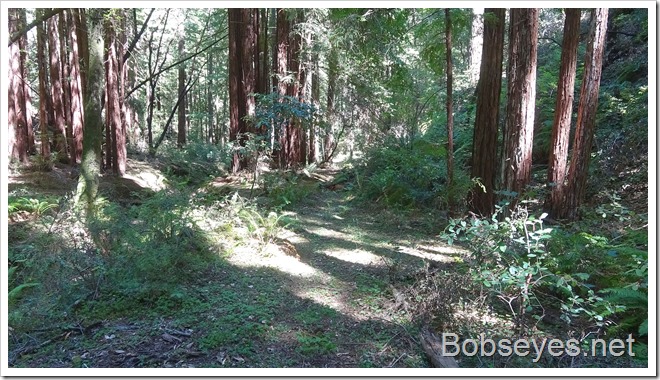 I hopped on the quad runner and needed to go down this road to get to the top of the waterfall. It’s down  hill but doesn’t look much like that in the photo. 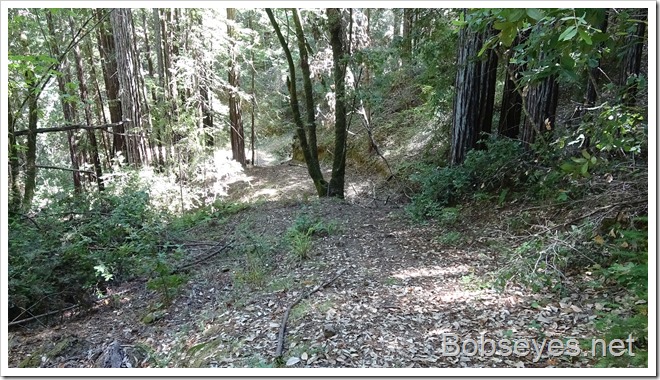 So I rode down there but was blocked by all this down stuff on the road.

The first thing that needed done was to remove all the debris which took awhile and I needed a break after that. 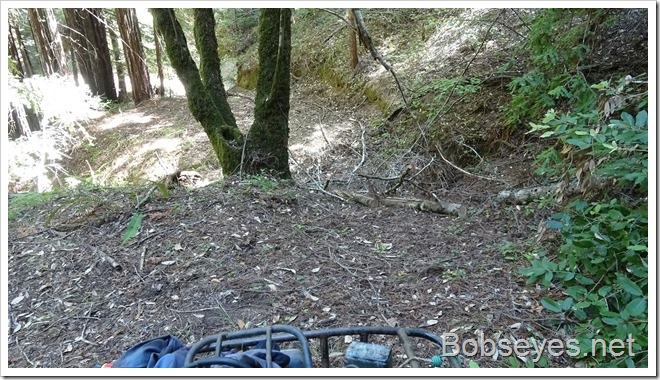 That’s better with all the stuff cleaned up now I can ride to the bottom just up ahead a bit. 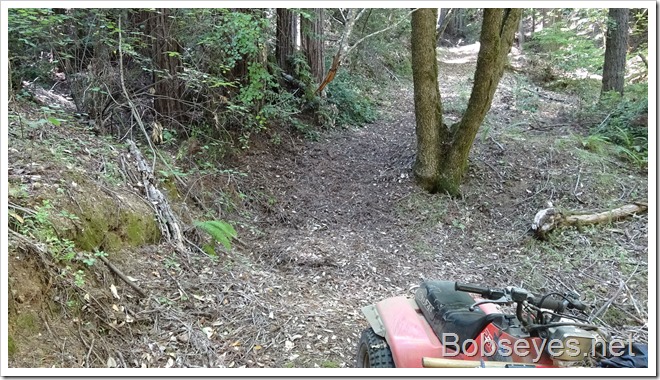 Top of the waterfall

Once I was at the bottom of that road I was near the top of the waterfall.

A short hike down into the creek to look for a spring or even some water would be nice. 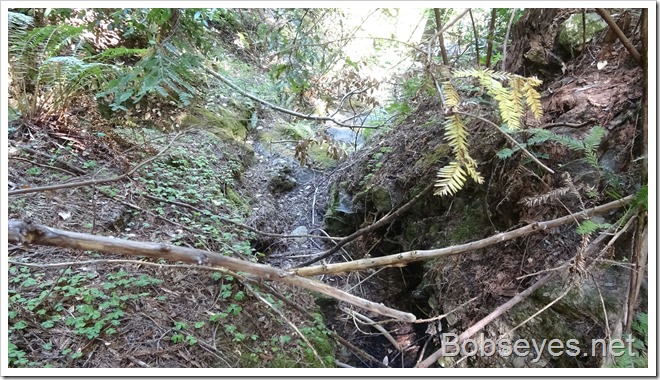 At the top of the waterfall I spotted this water. Good enough for animals to drink but not for people. I looked around for where it was coming out of the ground but there was only a seep so nothing I can tap for a drink of water. 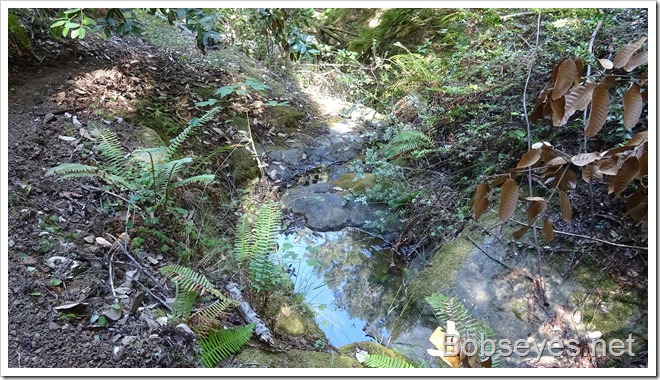 I thought there might be another spring up above in the creek so I made my way up that way through here. I did find some more seeps but that was it. 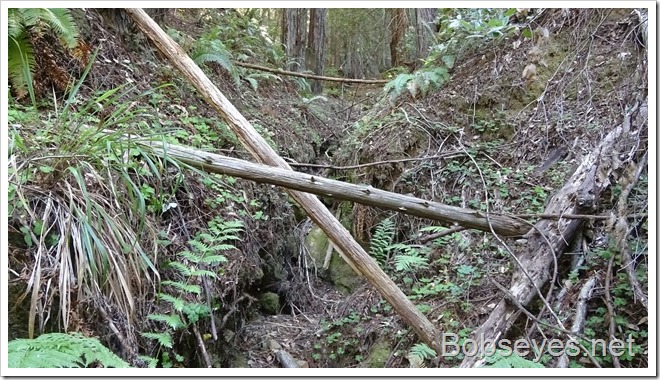 Taking care of that brush on the road on the way down now pays off as I was able to ride the quad out up the steep  hill and didn’t have to walk.

I stopped here on the way home as it’s the upper part of the creek where the waterfall is.I checked out that damp spot on the right which is where the lower seeps are getting their water. I could tap it but it’s still just a seep and not worth it. 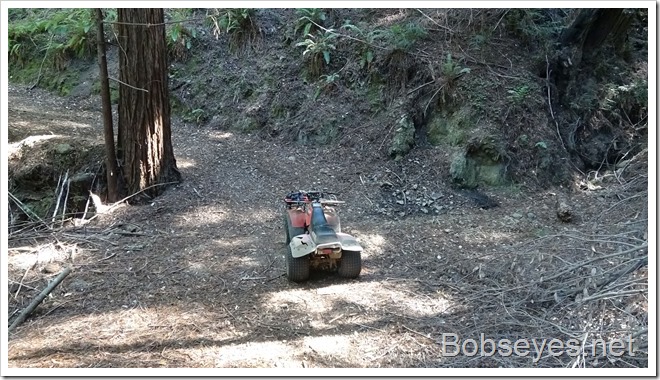 Once down the hill I stopped at my brother’s garden to eat a few strawberries. 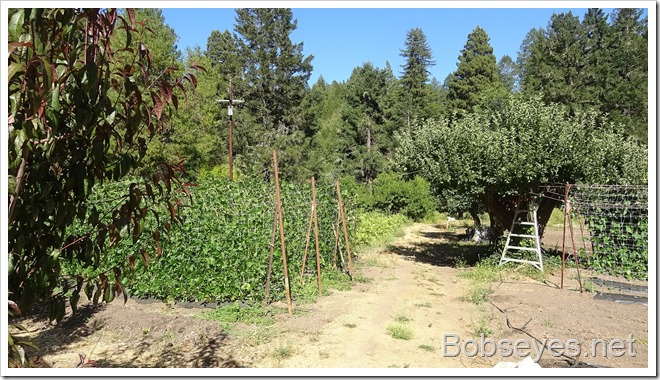 A new crop of strawberries are coming on so I ate a few of them. Yummy. 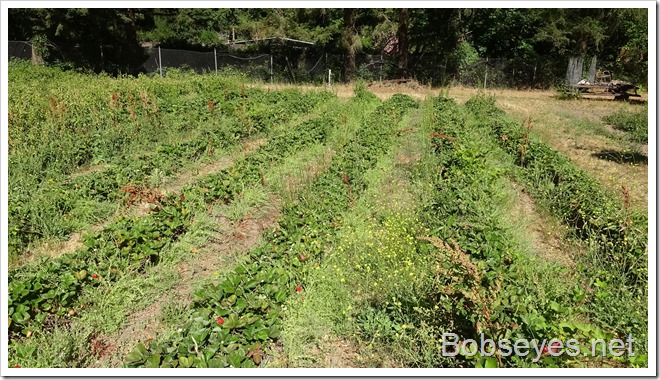 From there I went on  home for a rest and a nap.

The rest of the day I spent puttering around the yard chair hopping. The evening was nice so I stayed out until it started to get dark.