Working On the Van’s Charging System and a Backup Camera

It was raining lightly as I got it going today. It wasn’t supposed to rain until this afternoon, so with it wet already my plans changed a bit. Instead of working on the garden enclosure, I gave my back a rest and worked on some van things which exercised my back in different ways than what the enclosure did.

My van has this weird charging problem. When I turn on the headlights it takes down the ignition voltage a bit and the van’s charging voltage goes down below 13 volts. Things seem to work ok, but this voltage seems a bit low, so I thought I’d install a larger wire to the headlights to see if I could fix that problem.

Dash work is always so fun

I had to work under the dash on the left side of the van where the headlight switch is located. 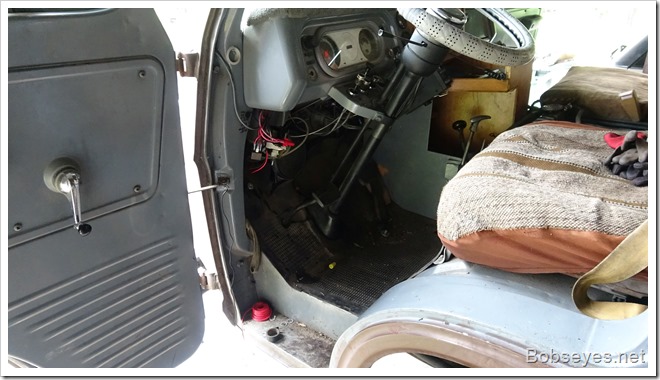 I left all the old wiring in and just added a larger wire to the light switch. That big red wire is what I added to bring more juice to the headlights and hopefully not drop the voltage so much. 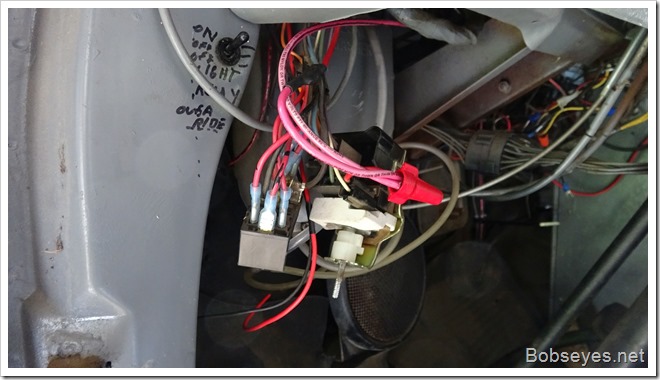 I installed a fuse too

I installed a thirty amp fuse holder which I soldered on here and put shrink wrap tubing around the splice. Here I’m soldering the wire to the fuse holder and have installed some shrink tubing ready to go. 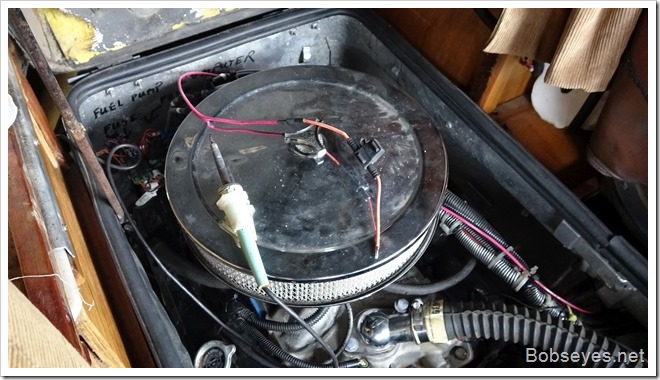 I had to crawl under the van to hook the bigger wire with the fuse up to the battery connection at the starter. Lucky it wasn’t raining too much or the work area would of gotten flooded with water. 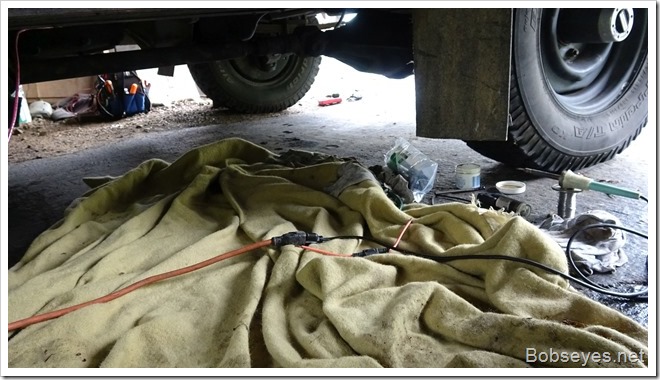 Not really much improvement

I got that all hooked up and tested it out. I got a little improvement, but not much. This all happened after I installed a one wire alternator when I put the new v8 in last summer. It could be I just have a bad new alternator, but I think it might be something else as the alternator goes to the isolation module that runs my two batteries, the van battery and an accessory battery to run other stuff in the van for camping. It works for now, but I’ll be looking into this some more and see if I can figure it out. I hate to buy another alternator as that might not be the problem, although if a new one does the same that would just give me an extra alternator which I will likely need someday.

As I get older I’m finding it’s getting harder to judge how far away things are when backing up the van, so I thought I’d try to remedy that problem by installing a backup type camera.

Since I don’t have a lot of room in the van for that kind of stuff I was able to find one of these car video recorders that clips onto the mirror. It had a camera pointing out front  that is supposed to record any accidents or near misses and another camera in the back to record things that happen back there.

I needed to power it up with the key and run wires to the mirror and back to the rear camera. It took awhile getting all the wires tucked away and all hooked up.

When I thought I had it I turned the key to try it out and it worked. 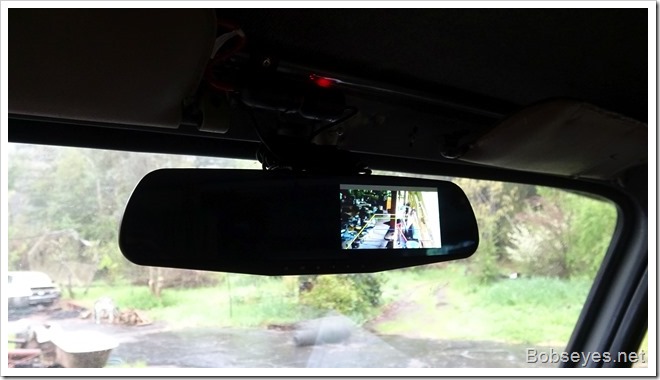 Backup camera is upside down

So far the only problem I can see is the rear image was upside down, so I turned the camera over in the back and now it’s wrong from left to right, reversed. I looked in the directions to see if it had a place to fix that, but I couldn’t find anything to do it in it’s settings. It doesn’t make sense why things should be that way, but it still works so I’ll just have to learn to live with that feature and maybe I’ll figure out how to fix that later, or not.

The day was pretty much done after I got that hooked up. There was a little light left, but it was raining good now, so I went in the house for a nap and that was my day.