I needed to get this cooler mounted on my van

It was cool out when I got it going today. I dressed warm and went out to work on my van’s cooling system. I’m adding an axillary cooling system as my V8 can use a bit of help in the cooling department on a hot day going up long hills.

The mounting brackets were already made and painted so I bolted them onto the cooler which I’m doing here. 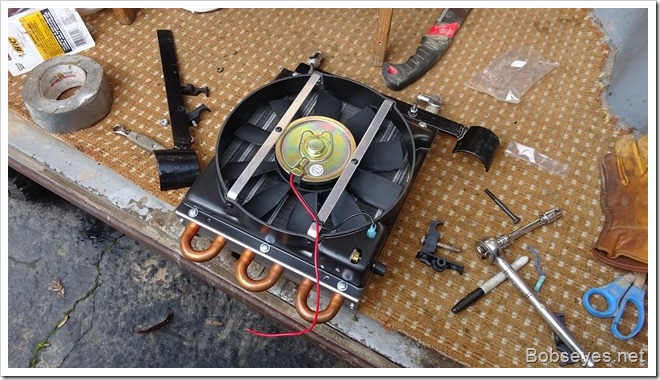 It doesn’t fit  yet

Before I painted the brackets again I mounted the unit on the van and got an idea what I’d have to do to hook up the heater hoses to it. I decided it would be a good idea to let the paint dry and get the unit mounted properly before purchasing the new hoses as I wasn’t sure what I could salvage of the old hoses to do the job.

The afternoon yak that wasn’t

Since it was rather cool out as in cloudy, I knew the paint was going to take a long time to dry, so I thought an afternoon yak at Monte Rio might be a good idea. I got my stuff together and headed for Monte Rio.

Checking up on the fishermen’s stories

There was only one fisherman there as it appears the spawning fish that were there the other day had moved up the river as they should as that’s where they need to go to spawn.

Spawning fish more up the river

Spawning fish are like that, you have to get them before they move on up the river or they are gone until some more come up. By the time one hears the fish are in the river and get on down there, it might be too late as the fish have already moved up the river.

I talked with a guy named Bill fishing there about whether they really saw any steelhead or not the other day.

He says they were not steelhead, but Coho salmon which look very similar to steelhead if you aren’t on your toes. A lot of fishermen mistake them for steelhead if they haven’t done their homework. He did say he thought there were a lot of salmon going by the other day. His estimate was a  thousand salmon went by the other day. I’ve learned from talking with fishermen through the years that you have to take what they say with a grain of salt.

Lots of fish went by

So all I know for sure is a lot of fish went by Monte Rio the other day.

Headed for Jenner for a sunset yak

By the time I got finished shooting the bull with Bill, the sun was behind the mountain at Monte Rio, so I decided to go down to Jenner for a sunset paddle instead, driving another ten miles to the ocean where Jenner is located.

When I arrived at Jenner it was clouded over, but the wind was down and rather cool out.

I decided to drive down to the overlook and make up my mind whether to put in today or not. With all the clouds there wasn’t likely to be much of a sunset.

Here’s a shot of the river from the overlook. 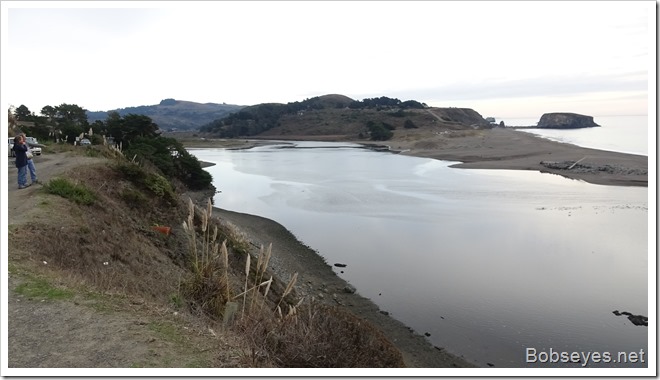 And here is a photo looking west over the Pacific ocean showing the river’s mouth area. 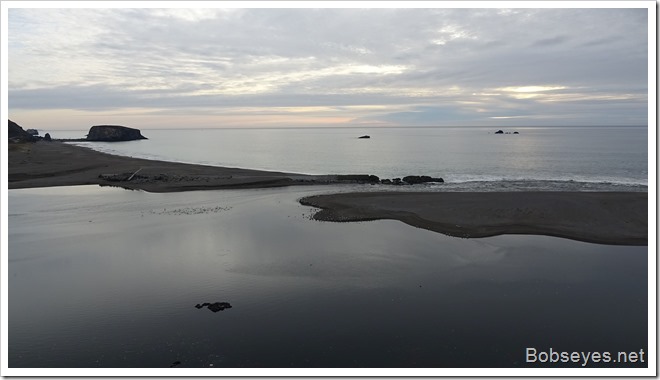 A little closer look at the mouth. The wind was down but it was cool out. 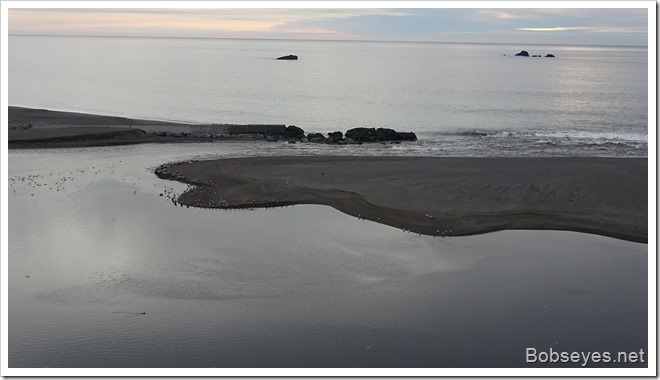 Some harbor seals resting down there with a bunch of birds. The birds are mostly brown pelicans and seagulls. 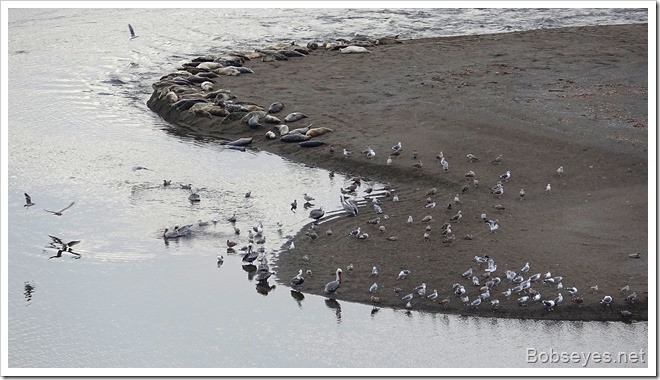 At least I took a ride today

Well ok then, at least I went out for a ride today. I got back in  my car and headed back home for the day as it was almost over anyway, about 4:30PM by now. The drive to my house from Jenner is about twenty miles.

Getting ready for some more rain

At home the sun had gone over the mountains by now, so I tidied things up from my earlier work as there is some rain coming in tonight.

I brought some firewood into the house so I wouldn’t have to go out and get it in the rain and that was my day.