Working on the Van and Doris Lays Her First Green Egg

I got it going this morning and went outside to feed the chickens. I should of put on my heavy shirt as the chill went right through me so I went back in the house to warm up.

After a bit I put on my heavy shirt and went back outside as I had stuff to do today.

I needed to replace the van’s fan belts. I removed the old black ones and put these greenish ones on which are supposed to be premium belts, much better than the automotive ones. The old ones had some cracks in them and didn’t last very long in the van. 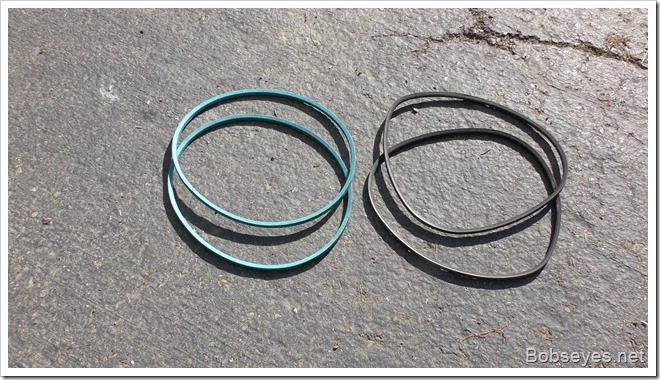 Once I had the new belts on I checked the oil which was ok and the water which needed some so I filled it up. I noticed one of the intake manifold bolts was leaking so I removed it and put some rector seal on it and put it back in. I also noticed the throttle leakage needed to be tightened up so I got the tools to do that and fixed that up too. Now there’s not too much free place in the foot pedal.

I did a bit of work in here. 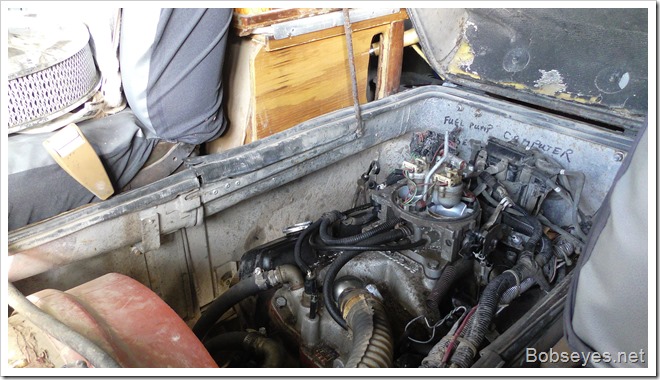 After that work I needed a break which is what I did a lot today as it was a cool day and not a good day to encourage work.

I’ve been watching Doris one of my younger chickens as she’s been checking out the nest boxes the last couple of days and hadn’t laid any eggs yet. She lays green to blue eggs and the only one in my flock that does so it’s easy to tell when she lays any eggs so I was watching for the first one and today was the day.

Here’s my nesting boxes with the egg getting doors open. 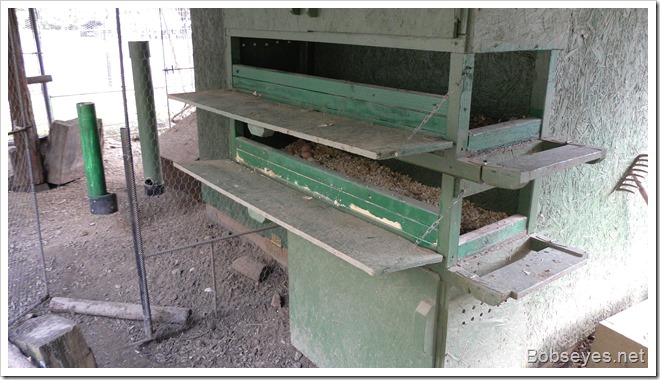 There were four eggs in the upper box today. 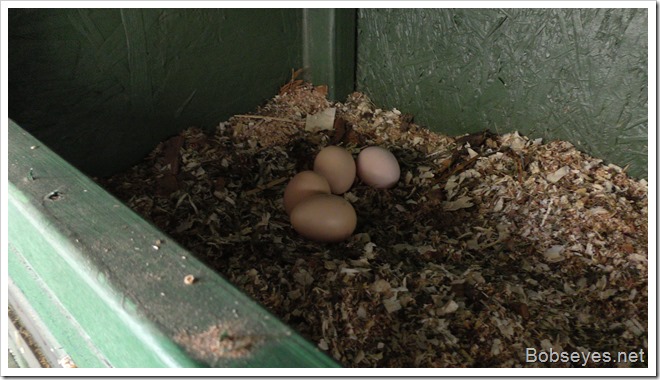 And eight eggs in the lower box with Doris’s first egg in it. The egg is a very light green. The color of an egg doesn’t really matter as the insides of them are the same in all of them but people seem to care. Brown eggs are favored more than white eggs and the colored eggs seem to be popular too. 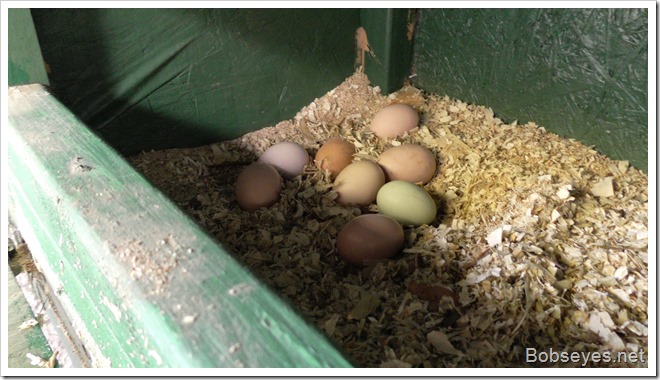 Not all my chickens have started to lay yet but each day I’m getting more eggs so they are coming along.

I store the eggs above the nesting boxes with the oldest ones to the right. 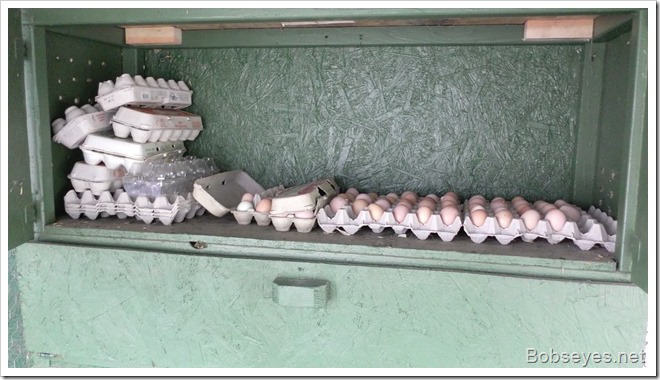 Needless to say I’ve been eating a lot of eggs lately.

I wanted to get the van greased today also but I had to keep at it to force myself to get it done so the last thing I worked on was getting the grease job done. 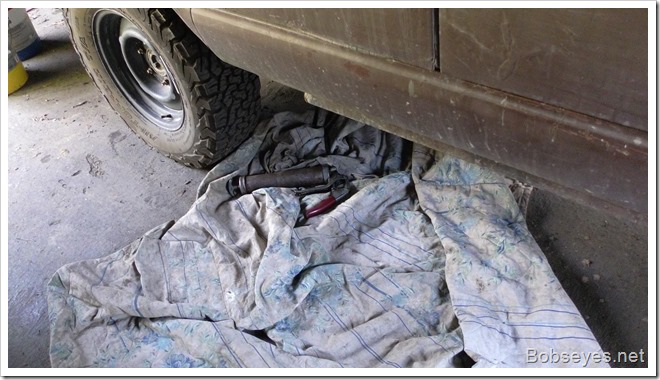 Once the van was greased the days work was done. I let the chickens out to graze and hung around with them for most of the rest of the day. 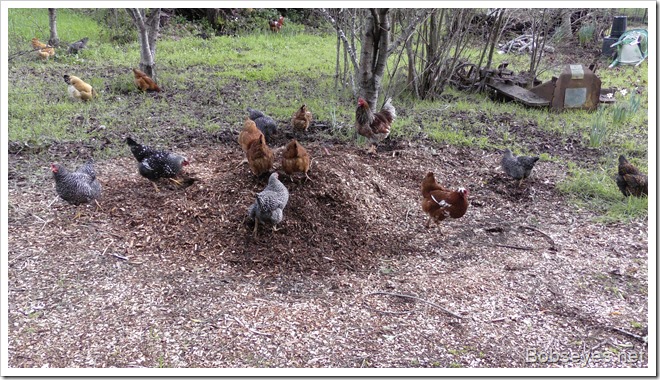 I decided to give my battery with the hole in it another day to let the epoxy cure more so I didn’t work on that today.

I was happy with the work I got done on the van today so now I can start prepping the inside restocking things.

That was it of me today, a bit on the cool side.