Dirt bikes instead of kayaks

I was planning to do down to the river and kayak today but when I got up and looked out the window I saw my brother Barry parked out front with his dirt bike. He and my brother Tom where going for a dirt bike ride up in the hills.

Here’s Barry as I saw him outside this morning. 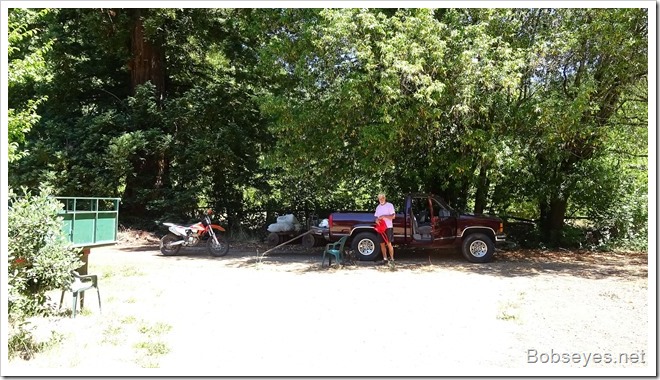 Can’t remember which day we did what :O)

Barry says get your tools out as he needed to find out why one of his new super headlights wasn’t working so we had to work on that until we found that one of the new units was bad.

This picture reminded me that we were  working on his tail lights. He ended up ordering all new light assembly’s from his cell phone. 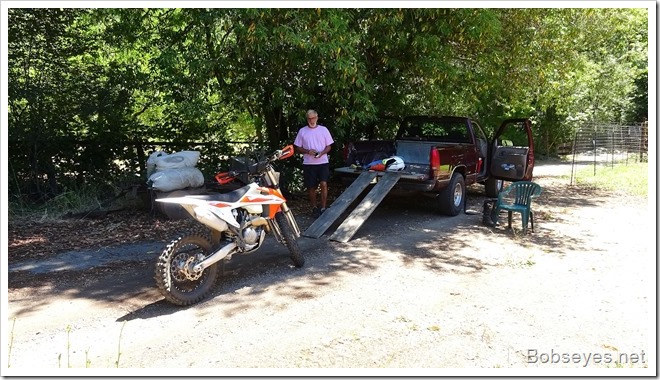 Tom showed up so Barry suited up in his space suit for riding. 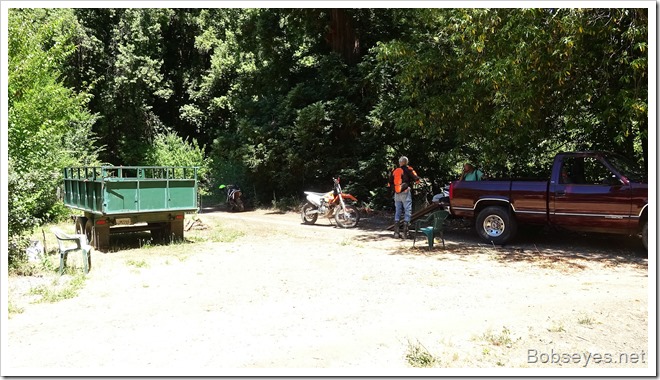 Top of the World for a break

Tom led and I followed with Barry in the back and we rode around for about an hour then stopped here at the Top of the World for a deserved break. 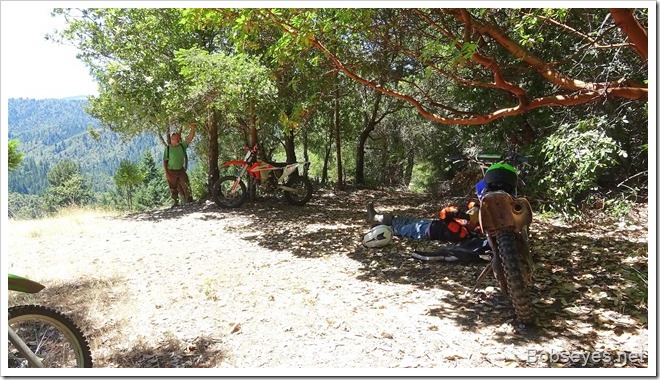 Here’s the Top of the World view. The ocean is on the other side of those mountains where I kayak at Jenner. 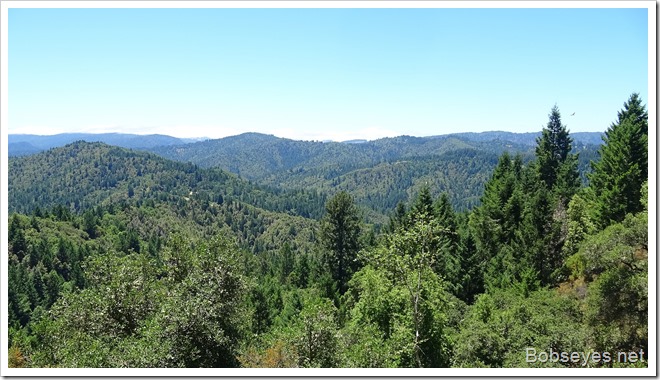 Tom said he had something to do when we got back on our bikes so he left and headed back down the hill and Barry and I rode around for about another hour stopping in this spot so I could see how a water spring was doing. The spring was doing fine. 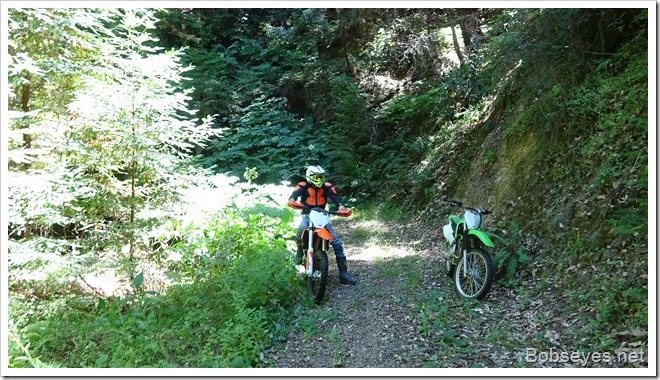 We headed on home and it was break time for me.

Getting a trip together

It was just after lunch so I drove down the road to Ray’s house to talk with him about our upcoming trip. We talked and shot the bull for a bit and then I returned home. The trip is a go in about two weeks.

I checked the chickens and put some water on the weeds and worked on another sprinkler for my cherry field and was sitting in the house waiting for my cup of coffee to brew when Tom was at the door with a mechanical problem he needed some help with. Once my coffee was done I went over to his place to see what the problem was. Seems a car he was working on had a spark plug wire stuck in the coil socket and wouldn’t come out so he could put a new one in. He had been changing the spark plugs when things went wrong.

Well that end of the wire was really stuck in the socket like it was welded in and just wouldn’t come out. We were just about ready to give up and buy a new coil when I asked if he had an awl, which he did a real nice strong one. I was able to pound the point of the awl into the socket and collapse the wire clip that was stuck in it. Another problem solved.

I spent the rest of what was left of the day researching two way radios as they’d come in handy on this trip as we’ll be in two rigs. I think I found some radios that will work.

That was my day for a nice one and the weather was real nice too. We have some of the nicest weather in the world here.

1 Response to Working On Mechanical Stuff, Dirt Bike Riding and Some Yard Puttering