Continuing construction of the grow panels

The sun was out and it was a beautiful fall day. That’s how it was when I went out the door this morning.

Frist off the chickens got checked for watered and feed. Once that was done the morning needed to be appreciated by sitting around and waking up all the way. I call it booting up.

Grow panels need to get done so I can plant some more stuff for the chickens. Does it seem like chickens are my life now? :O)

I had the frames made for the panels yesterday but they needed some support to keep the wire from sagging too much when the chickens are on them, so I measured and cut some rebar for that.

Here’s the panels with the cut rebar ready for welding up. 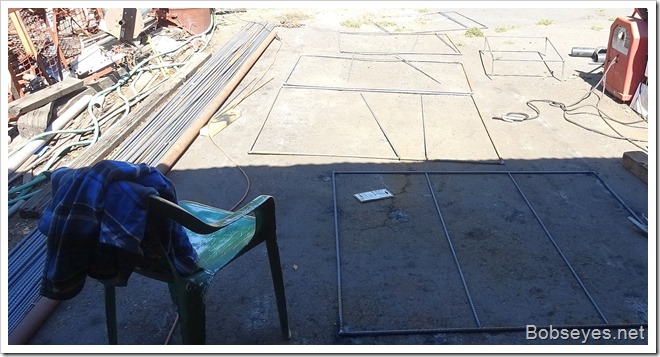 Welded up and the wire cut

Once the panel support were welding in it was time to cut the wire to length which is all done in this picture. 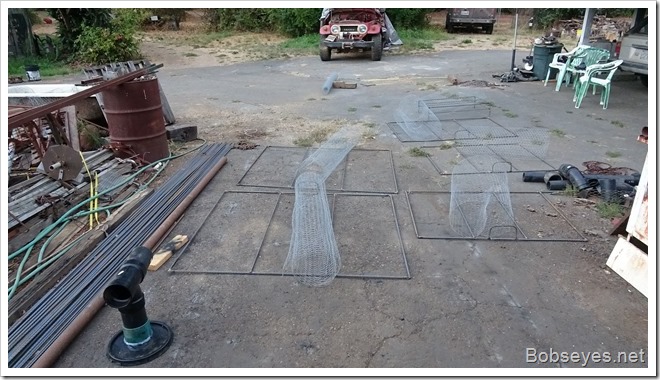 My first rodent trap seems to be working as it caught a couple mice, but most of the rodents have left the attic from all the moving around up there setting up the trap and the PTZ cam so there’s limited rodents to catch for now, but they’ll be back as winter sets in.

In the mean time some ideas were forming for a new rodent trap which I think might work better on the rats which are the hardest to catch as the big older ones are the smartest. Having a motion video camera on them is the best way to learn just how smart they are and try to out fox them, something man has been doing for just about forever, trying to outfox rats, not the video stuff. So I have an advantage.

Once the jig saw was found and the top of a bucket rounded up the  hole got cut for the four inch ABS pipe coupling that needed to be attached to hold this all up. Silicone was used, which reminds me I need to go out and silicone the other side now that the first side has set up a bit. 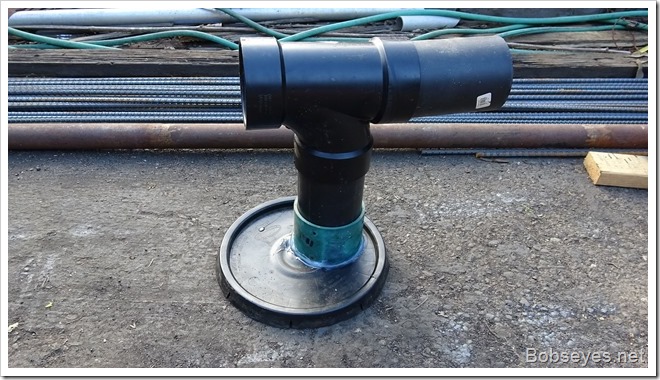 Late in the day just before dark the chicken wire to this panel got fastened to the rebar. It’s a special grow panel that will go inside the chicks pen so it has to be good enough to keep the small chicks from going under it and eating all the plants up. They can walk on the top and eat all they want of what grows above the wire preventing them from pulling the roots out and killing the plants. 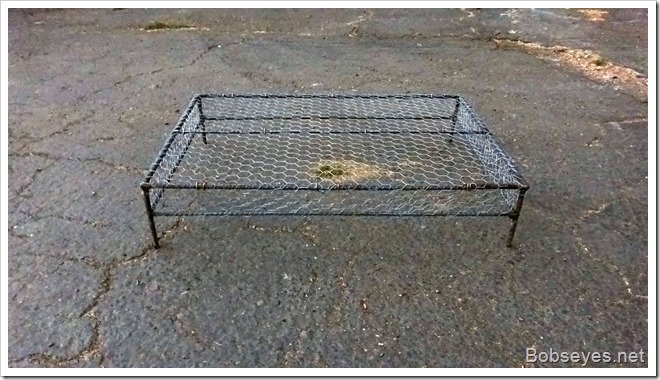 There might be some rain coming in this week for the first time this season, so I spent some time during the day putting things away that shouldn’t get wet and that process got finished up just about the time it got dark and that was my day.