Needed to warm up today

It was rather cool outside when I went out this morning around 11. Too cold to work on the carrier.

I decided it was a good day to do some things that warmed me up.

I needed to move this dirt to the garden enclosure area, about a hundred meters away. 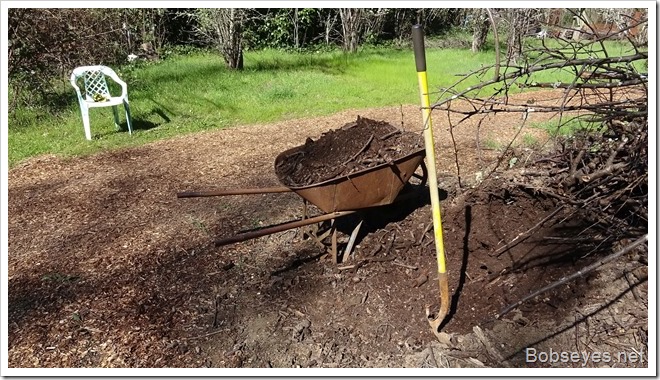 The dirt has a lot of tree debrie in it so it’s mulched nicely. 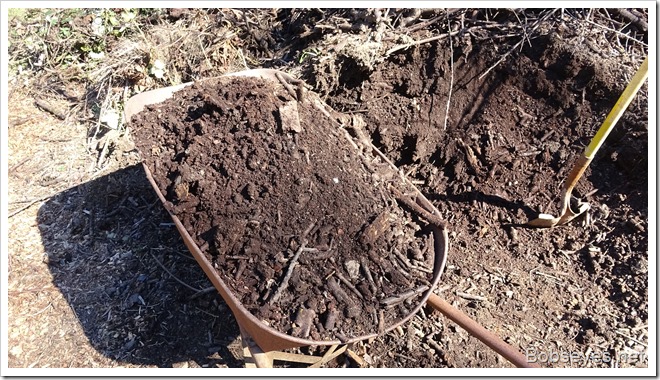 I’m putting it around the garden enclosure as the water system over waters to hit the area around the enclosure. 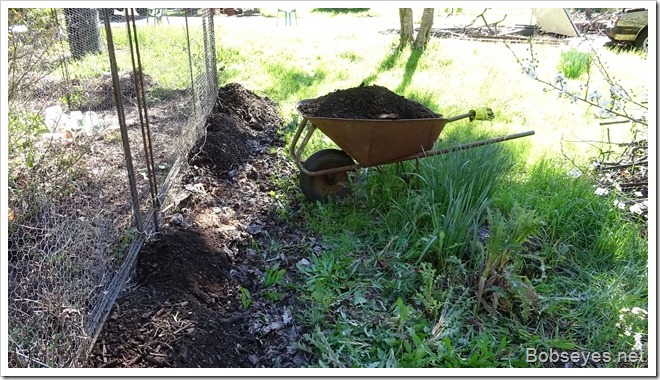 I put dirt all around the enclosure. I figure I moved a little more than two cubic yards/meters of dirt and warmed up a little in the process. 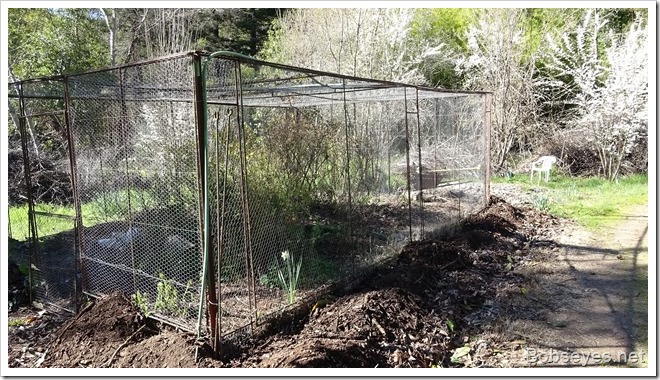 That pretty much wore me out. After a break I got the chain saw out. It needed it’s chain put back on the bar from the last time I used it. 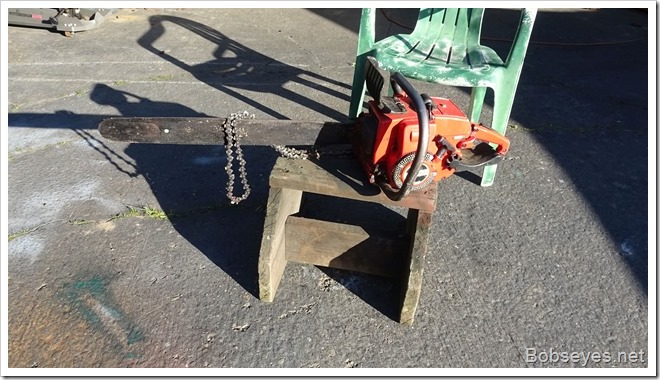 I cleaned it up and put the chain back on so now I was ready to tackle the next job.

Cutting down the olive tree

Which was to cut down this olive tree as I don’t need the small olives and it’s blocking some of the sun light that the garden could use.

I’ve got half the tree down and am cleaning it up. 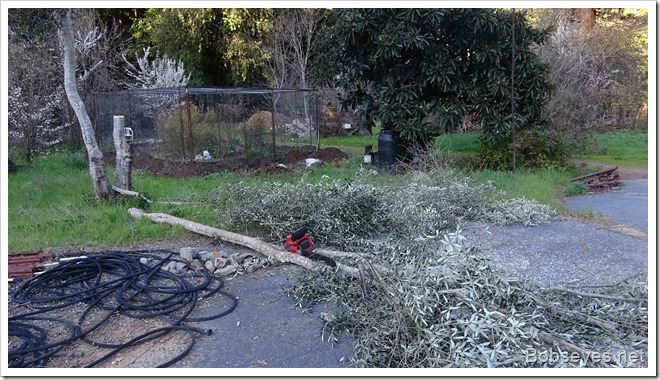 After another break I cut the other part down and cut it up. 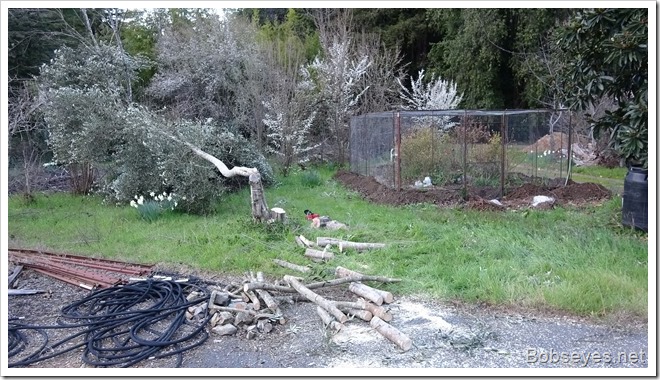 The saw ran out of gas before I was finished, so I cleaned up what I had and left the rest for later. 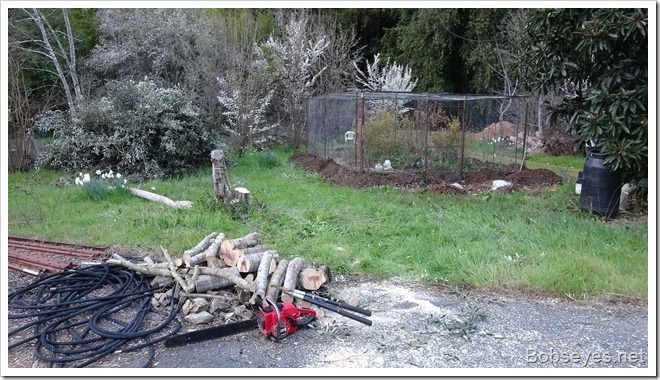 Going to Plan B

During the day I checked out what I’d done on the van’s motorcycle carrier and plan A wasn’t going to work out well, so decided I’ll have to go to plan B.

Among other things the unit is just too wobbly up there especially with the heavier cycles.

I’m sorta thinking of using the stuff I’ve already made and make a lower mounted carrier which would block my lights and license plate. I could move the license and add new lights to the back of a carrier to fix that. So I’ll think on that for now.

Plan B is to set the carrier aside and think on it and go to Arizona instead.

I’ll be prepping the van for that trip and maybe can take off by the weekend.

(Visited 173 times, 1 visits today)
This entry was posted in Uncategorized and tagged working in the yard. Bookmark the permalink.