Working In the Rains, Moving Mulch and Woodchips

Working in the rain

It was raining lightly when I got it going today, sometimes drizzling and sometimes picking up a bit and getting a good shower on and off throughout the day.

I knew the chicken’s mulch pen would be a bit muddy and needed some new woodchips.

Here’s the chicken’s mulch pen and you can see a bit of muddy water in it where it needed some woodchips. I throw their feed out in this area for them to consume each day. 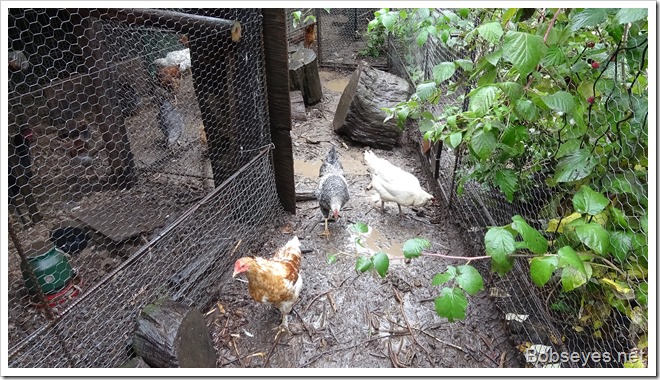 So I got the dump truck and scoop loader out and got loaded up with woodchips from this pile of them. 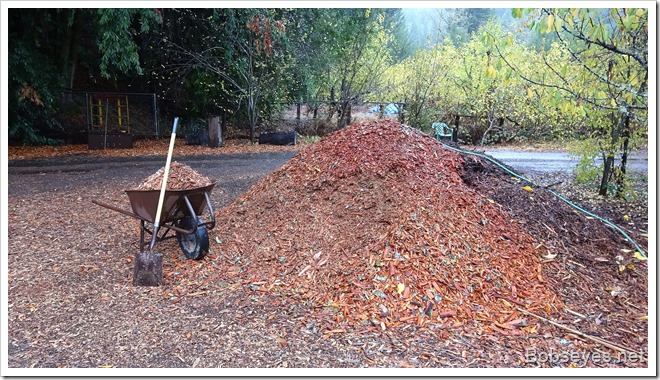 I wheeled them over to the mulch pen. 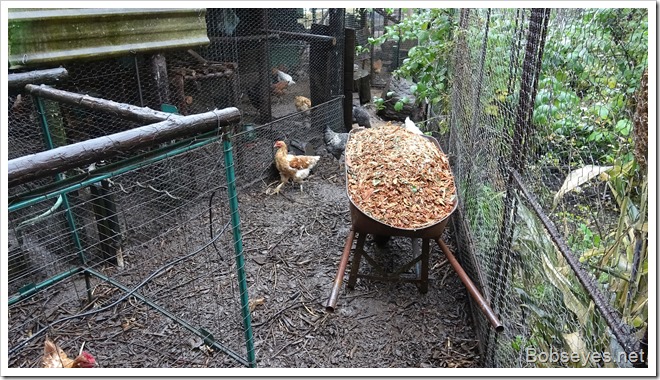 And dumped them letting the chickens spread them out. 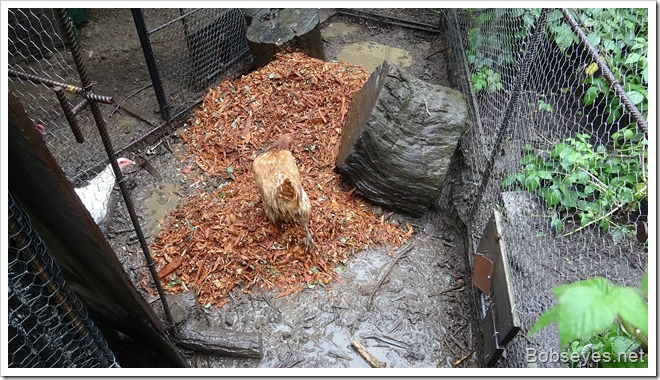 Moving out the old mulch

The pen needed some more woodchips but first some of the old stuff, woodchips, dirt and poo needed to be moved out to a useful place. 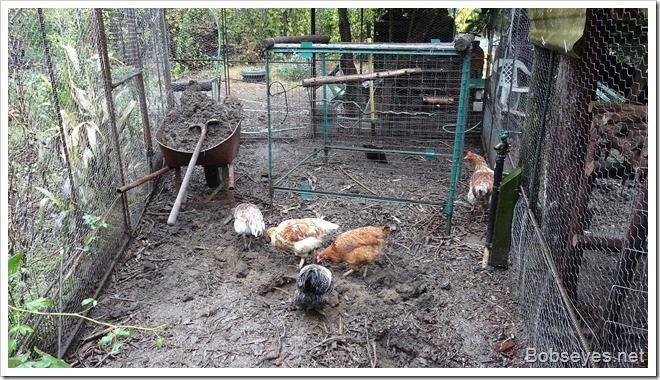 The first load of mulch I took over to my avocado tree in the carrot patch, the tree to the left of the wheelbarrow. 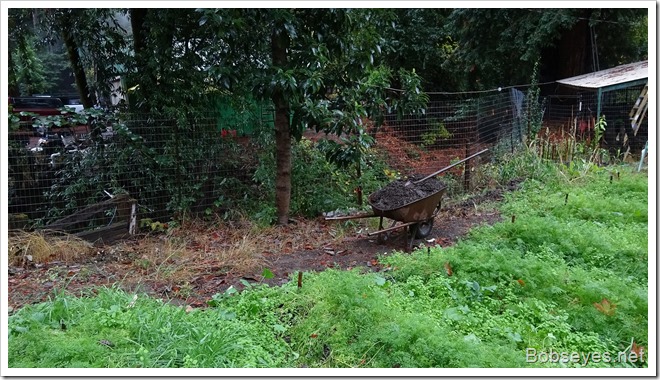 The tree is about 30 years old and is just starting to produce some fruit. I found two of them on the ground. They are small but so are their seeds. I’m hoping this fertilizer rich mulch might make them larger or at least produce more of them as they are good tasting. 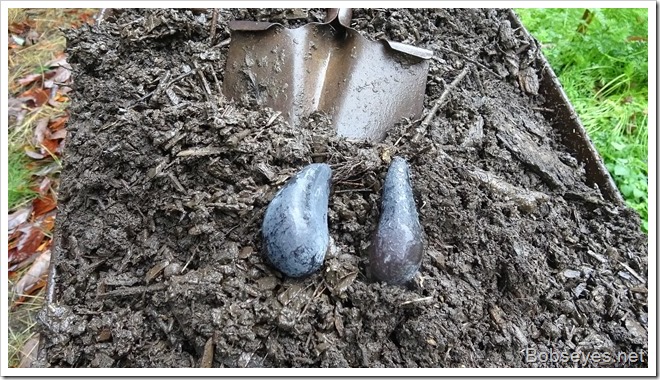 Here’s the mulch spread out under the tree. I’ll let the rain soak it into the ground. 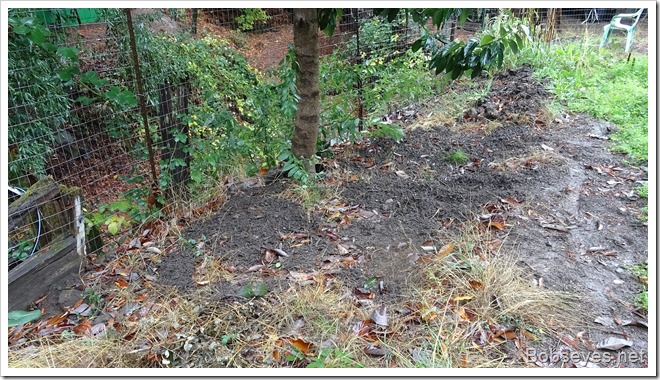 I decided to let the chicken’s out to graze so I wouldn’t have to fight them getting the wheelbarrow in and out of the pens. They don’t seem to mind the light rain much but when it comes down harder they run for cover. 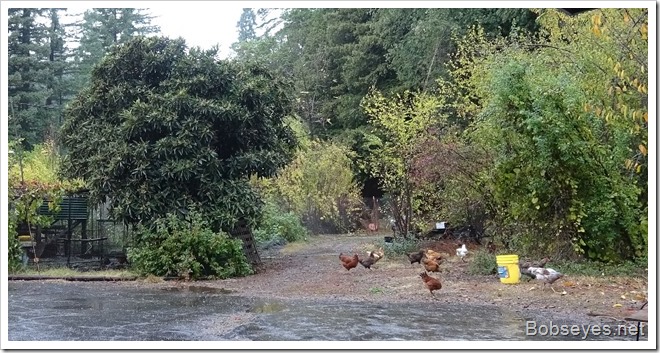 I loaded up some more mulch for the mulch pen for another spot. 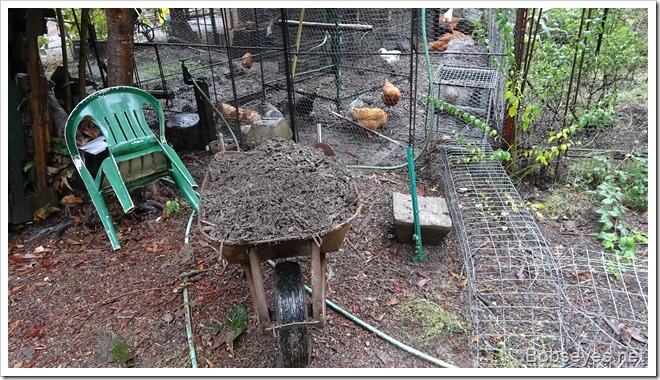 These cherry trees could use some as they haven’t been producing many cherries for some reason. 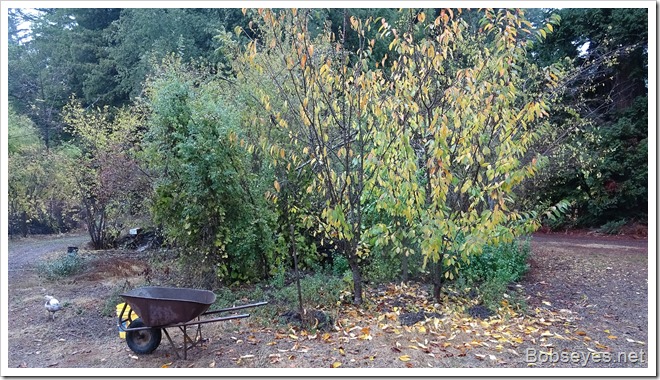 Resting during the rains

Every time the showers increased I sat and watched until it let up a bit. 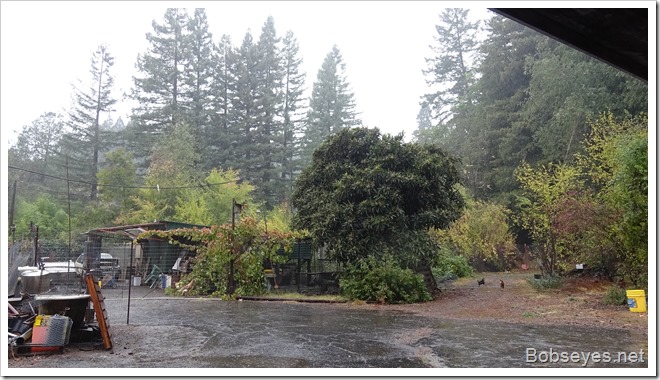 Out of the rain

At one time the rain kept it up so I moved inside a pen under a roof and loaded up. 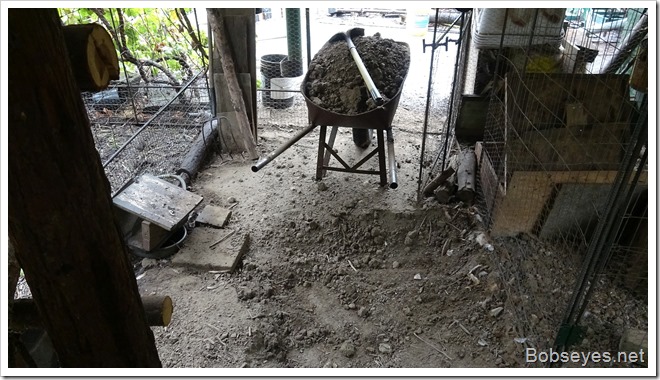 I’d dump a load of dirt mulch from the pens then go get another load of woodchips to bring back to the pens. 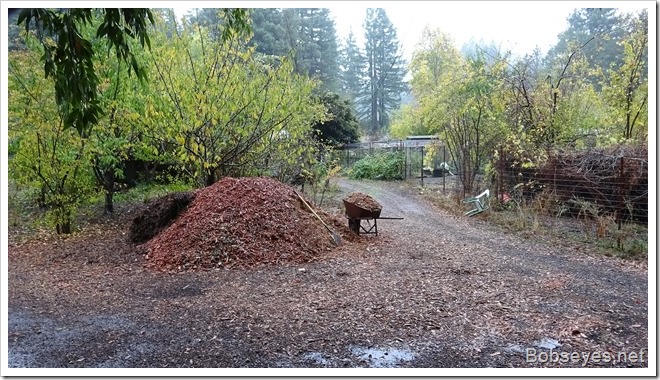 I let the chickens spread out the woodchips. I put some feed out for them on top of it to encourage them to spread it out. 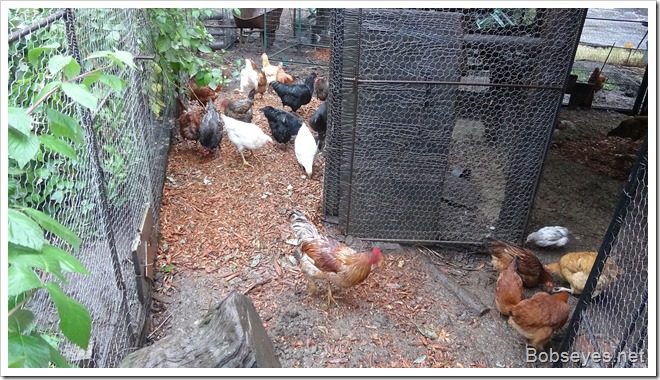 I did that until the evening when the showers picked up and just kept it up which was ok as I was tired out by then. I’d moved about ten loads of stuff and my back was letting me know it’d had enough for the day.

2 Responses to Working In the Rains, Moving Mulch and Woodchips