It rained during the night on a off and some in the morning before I got up.

It seemed to be letting up around noon when I decided to go up into the forest to work on a trail, just for something to do today.

I didn’t’ put any rain gear on, but maybe I should have as it showered on me for the first hour or so while I was working up there

That big black cloud was right over where I was going up to work. If I got wet it was only a short distance to home. 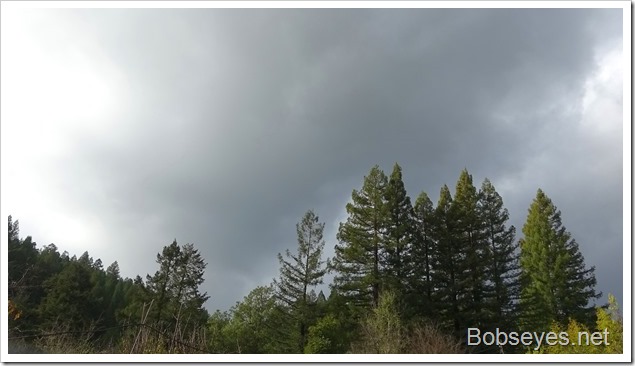 I rode up that little trail across the road and up the hill to the spot where I wanted to work today. 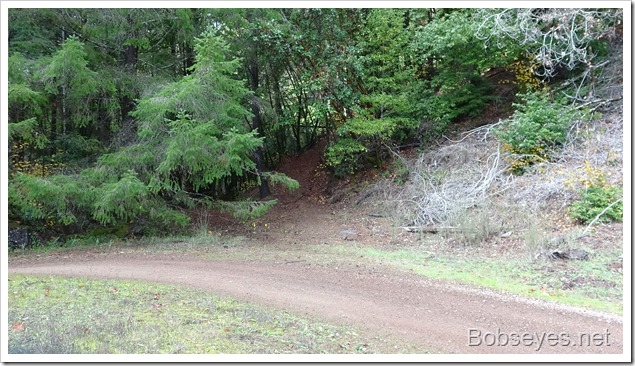 I parked the quad here as the trail I wanted to work on was right behind the machine. 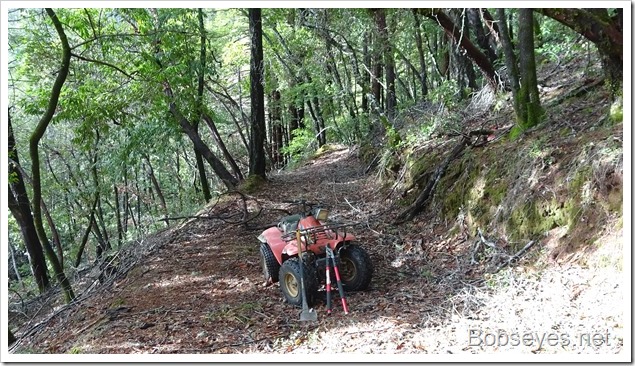 The old animal trail went right under that bent over small tree and that’s where I started. 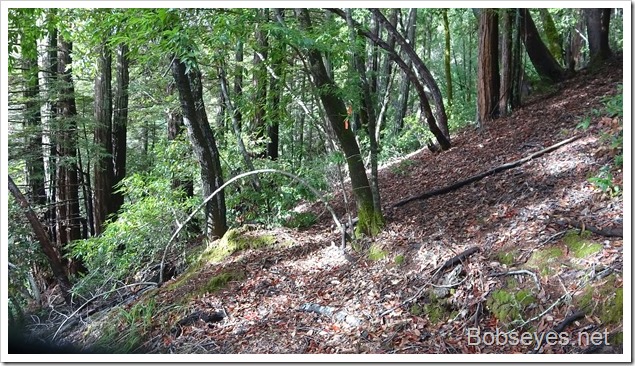 The rain showers started right after I got started. I had to get under a big tree for awhile until the heavier showers passed on by.

This was the beginning of the trail where I started after cutting that bent tree out of the way. 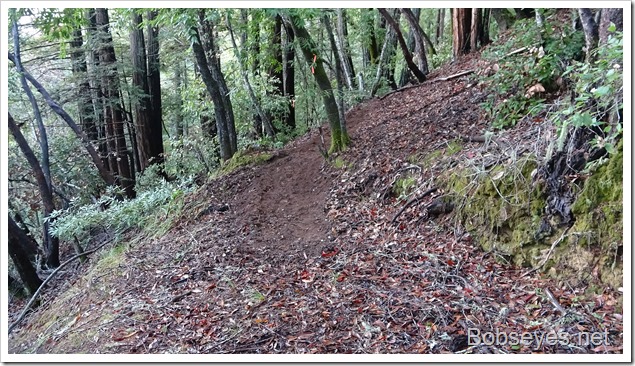 And after working on that part, I covered it up with mulch so it looks like this when I’m done. 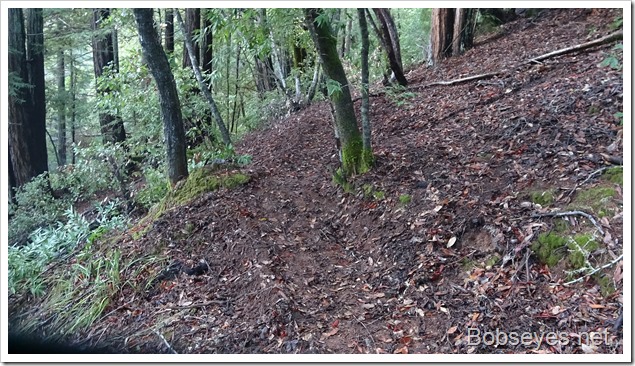 I continued on going through these logs which I’ll have to come back later to cut out of the way. 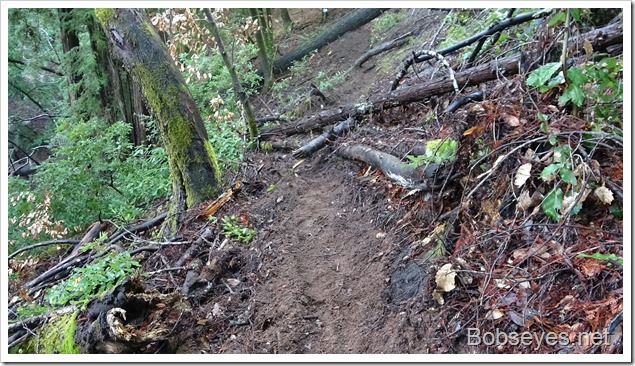 I continued on up the trail. The dirt was soft and easy to move, although a bit on the muddy side. 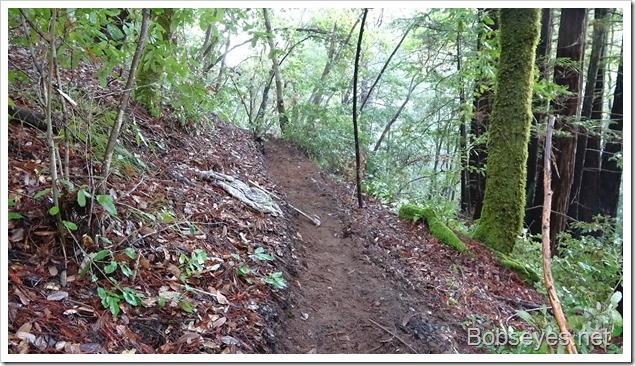 I spotted this thing on the ground and it’s not what you may think it is. It’s a cocoon, very tough stuff. I think it may be from a big moth, maybe a phoenix moth which are quite large. It had hatched out so nobody was home. 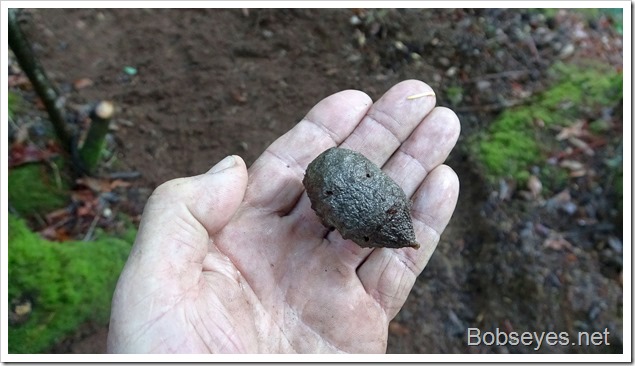 The rains made the dirt muddy and I did get my shoes a bit on the muddy side. 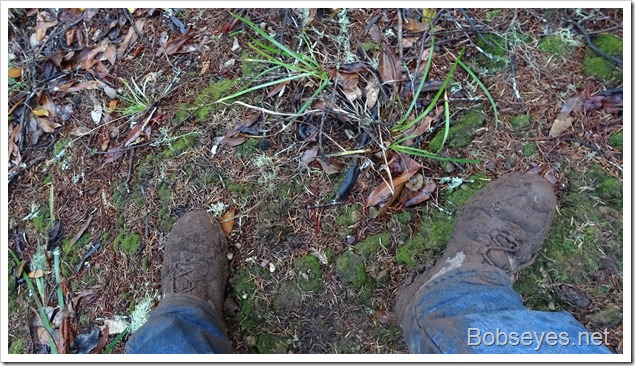 I did get a little wet so I quit early and headed on home the long way going down this trail. 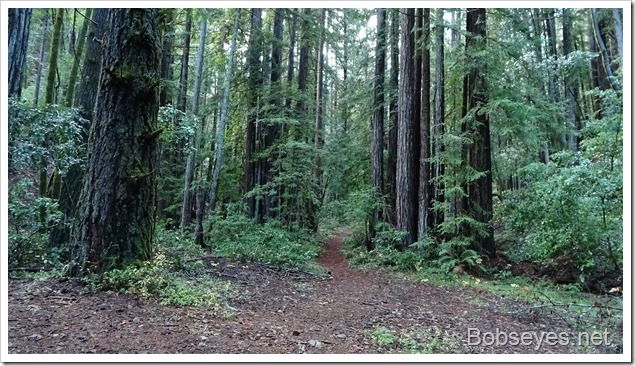 I let the chickens out then got the water hose out to clean some of the mud off my shoes. The shoes are water proof so my feet kept dry during the process. 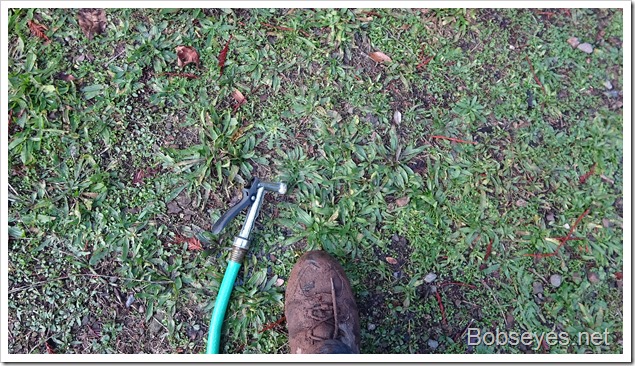 (Visited 89 times, 1 visits today)
This entry was posted in Uncategorized and tagged Rian in the froest, trail work in the forest. Bookmark the permalink.