Once I got it going this morning I went out to resume my mulch pen project of replacing the dirt with woodchips.

Here’s the mulch pen area where I was working yesterday. 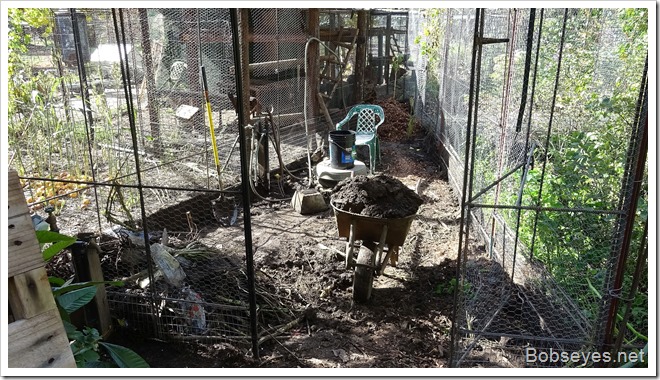 I only had this little bit of dirt left to move, but it had a bunch of mulch in it that I had to deal with. 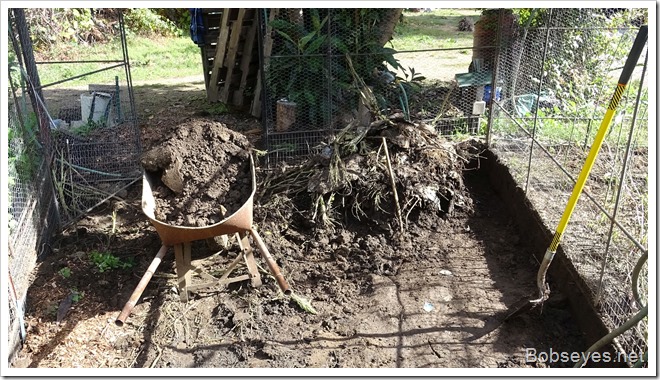 I’d fill the wheelbarrow and dump it and load it with woodchips so returned each time with a load of woodchips. 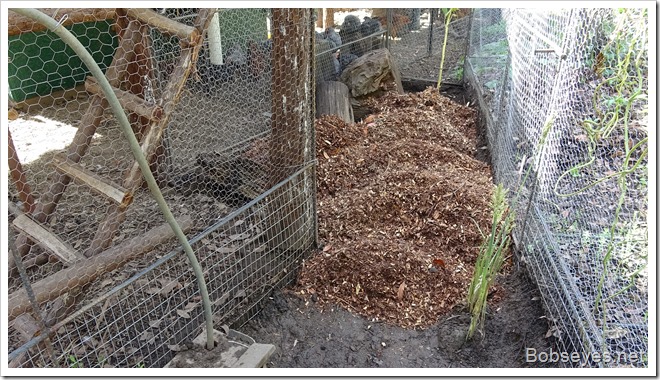 This is my newer mulch bin that I took the rebar panel down to get into the pen to check out where I should install it. 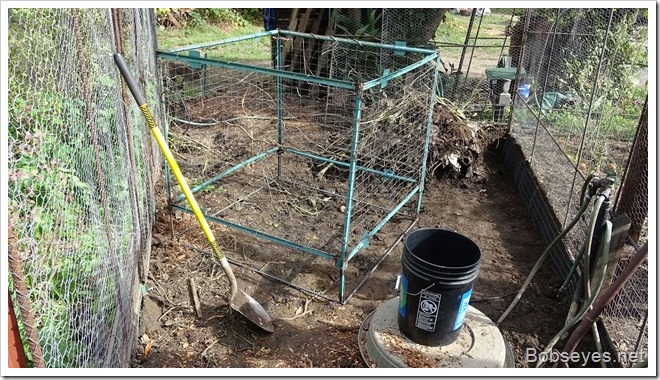 Keeping the chickens in

But first I cut and installed some more underground wire on the right side to keep the chickens in as they dig a lot. 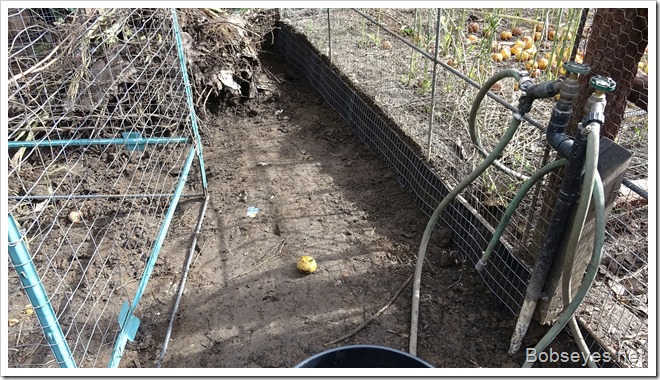 Once that wire was in I put the new mulch bin in after trying it in several places. I brought all the woodchips I needed in after that.

All the chips are in and ready for the chickens

Here’s what it looked like though the removed rebar panel I removed to get the bin in there. I left the piles of woodchips for the chickens to smooth out. 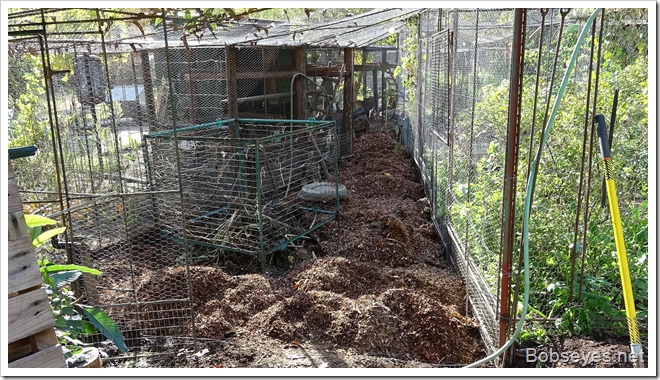 Chickens do their work

The chickens were at the gate wanting in the whole time I worked in there so once done I let them in to do their work. 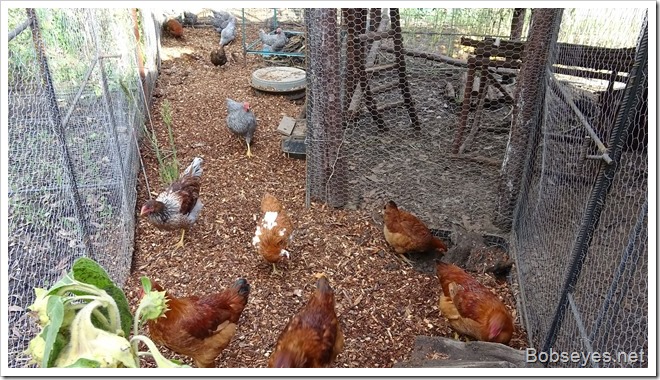 This is Carmelo, he shot through the outside gate just before dark as I was going through it so I let him graze on the outside for an hour or so until it started to get dark than he wanted back in with the rest of them for the night. 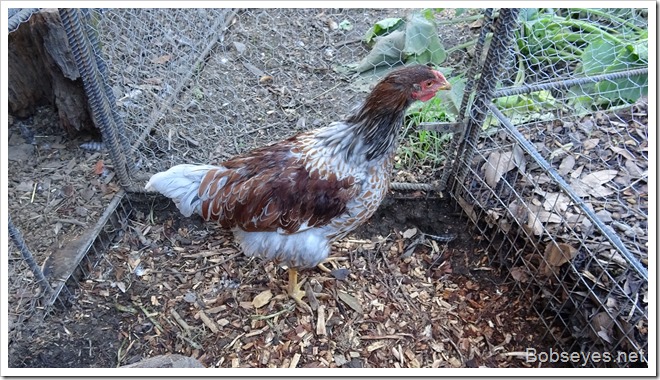 Earlier in the day I moved my van so the front window had the sun shining on it as I needed to set it up to repair the cracked windshield that got hit by a rock from a cattle trailer on the trip.

I cleaned it up but didn’t finish it as I needed the sun to set up the liquid plastic and the sun was almost down so I decided not to do it until tomorrow. It’s a big star and may not fix well but I thought I’d give it a try. The fix makes it look better but more importantly than that I think the fix fills the cracks up to keep water from getting in there and freezing and cracking the window more. I put my hand over it to shield it from the sun for the picture so it was more visible. 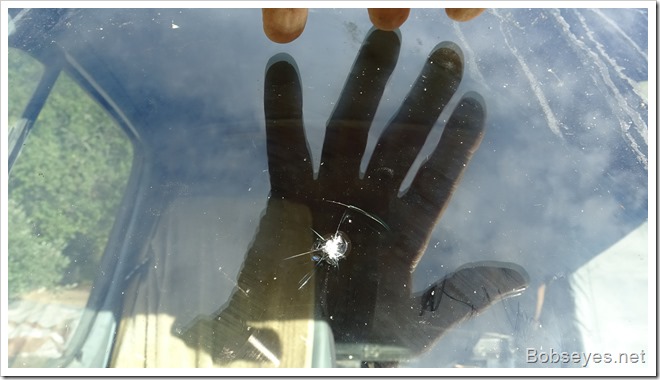 I still have plenty of projects

Needless to say I was pretty beat after todays work so the end of the day was mostly chair hopping and planning my next projects.

That was my day and I was happy to get the mulch pen completed and out of the way.