Woodchips and Dirt Bikes and an Electrical Problem

My brother Barry pulled into the yard with his truck and motorcycle in the back.

He wanted some woodchips so Tom loaded his truck up. 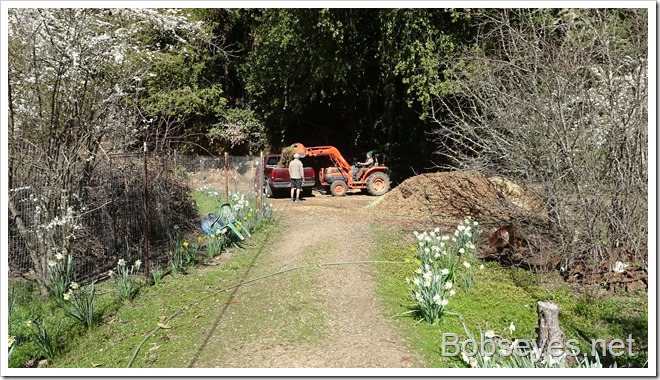 Then we put our gear on for a dirt bike ride up into the hills. Blue sky day with a bit of a chill. 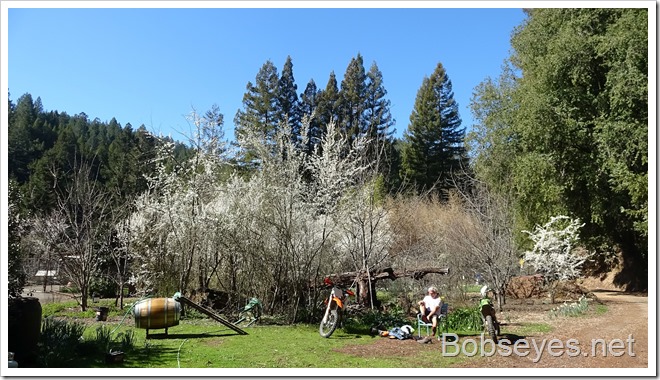 But as we were about to leave a tree trimmer chip truck pulled into  my driveway to dump their woodchips. 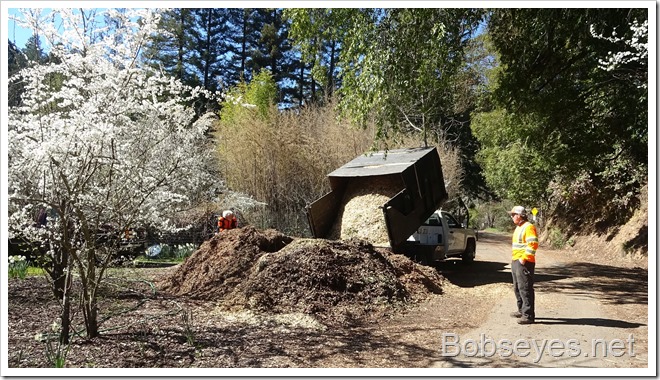 Tom got his trailer and worked on moving some of these woodchips to his dirt making area by his garden.

Ride up into the hills

Barry and I took off up into the hills for a nice dirt bike ride. We rode around and around and up and down on the roads and trails and ended up here on top of the mountain where we parked for a break. 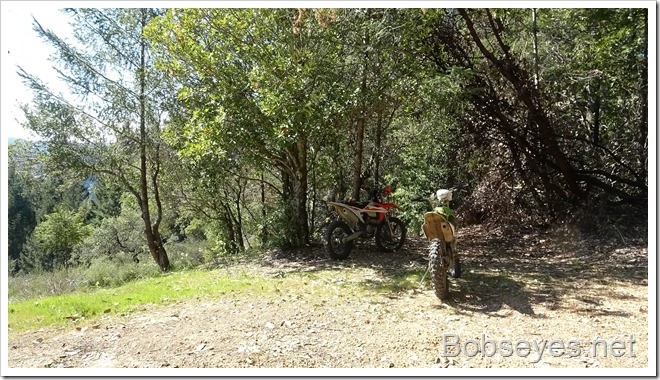 This is our break position just taking it easy and enjoying the view and the day. 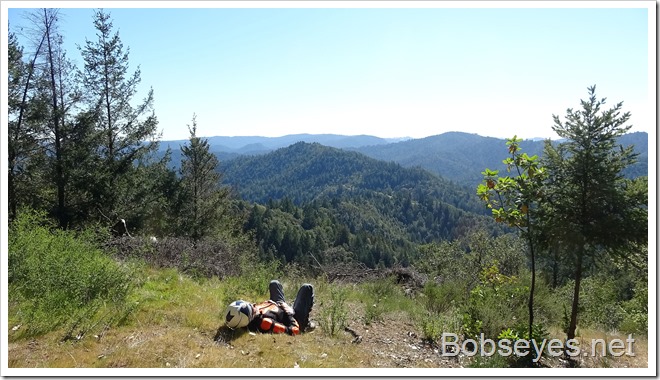 From there we rode around some more then went on home. Barry took his woodchips home and would come back for a load of shale a bit later which Tom loaded for him.

I puttered around the yard for a bit chair hopping. Then I made my bed in the van with clean sheets so at least that got done today.

Trying to charge the battery, but

The bull dozer battery could use charging before I take off for my trip. I usually remove the battery and bring it home to charge it but that’s a lot of work, so today I took an extension cord and the charger over to the dozer and tried plugging it into one of my brother’s hot house plugs. 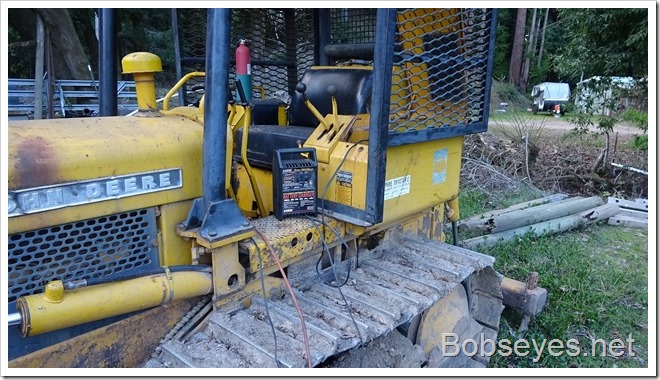 The battery charger started clicking loudly to my surprise and  then started to smoke. I pulled the plug out but maybe not in time to save it.

I suspected there was 230 volts on the wire thinking my brother wired up the plugs wrong so I went on home and got my volt meter to measure the plug voltage. Sure enough, the plug was wired wrong with 22o volts on it. So now why. I had to track it down checking all the wiring and finally found out what he did wrong and corrected the problem.

I then plugged in the charger hoping it would work. The lights came on which was good but to make sure it was working I measured the charging voltage at the battery and it was 13.1 volts which is higher than 12 volts so it was charging which was nice.

That all took some time so the day was about over so I went on home and in the house.