I needed some brake fluid

I needed some more brake fluid to continue to work on the Toyota’s brakes so it seemed like a good day to go down to Monte Rio to kayak as there was also an auto parts store there.

I stopped at the parts store on the way and got a bottle of brake fluid and continued on down to the boat ramp at the river and put my boat in the water.

The sun was shining nicely which made it seem like a nice summer day although the water was a bit murky from the recent rains.

I looked down river and could see a boat in the slot on the right. Someone was fishing for steelhead. 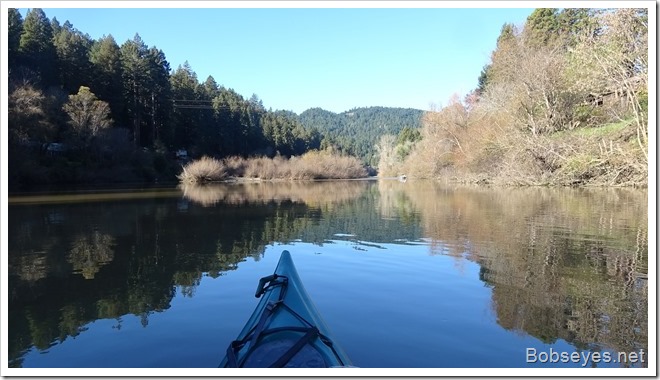 I pulled into the spot on the right of the boat so I could shoot the bull a bit. A guy named Jed was fishing away. The fishing was slow as expected as the season is still early. Jeb thought it was nicer siting in his boat on the river than hanging around his house so he’s fishing away. 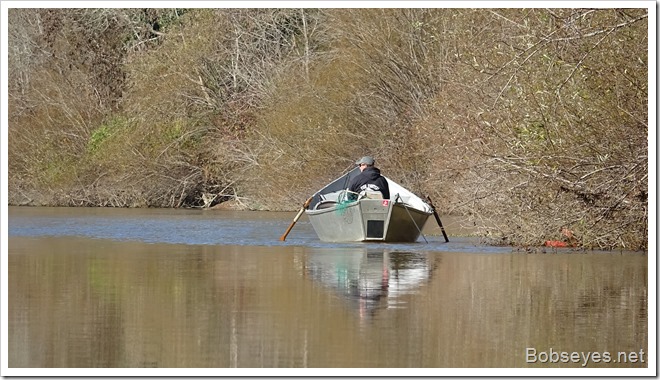 I chatted with him for a bit then moved out into the current and drifted on down the river.

Going by this great blue heron which was getting some sun. 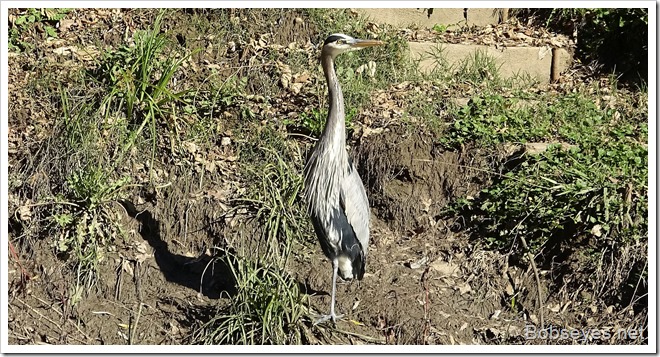 I continued to drift down the river moving fairly slow. 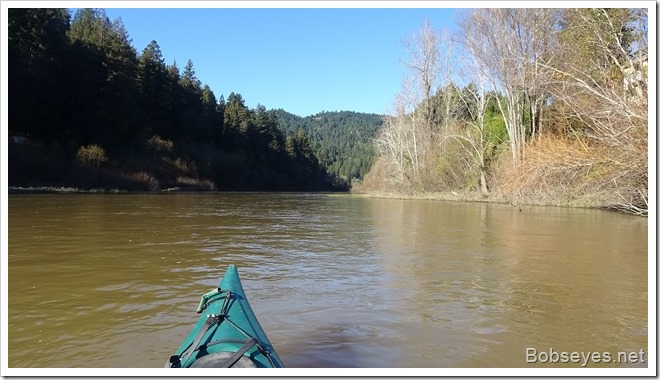 I spotted this little grebe fishing in the weeds off to my right as I drifted on by. It was diving and looking for things to eat. 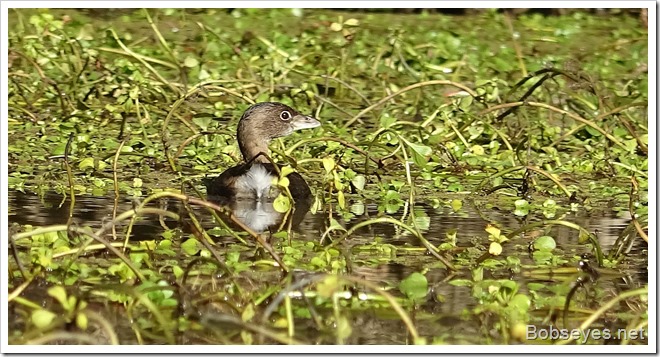 I wasn’t planning to go very far today. About a mile down river to Villa Grande hole which is just up ahead as far as you can see. 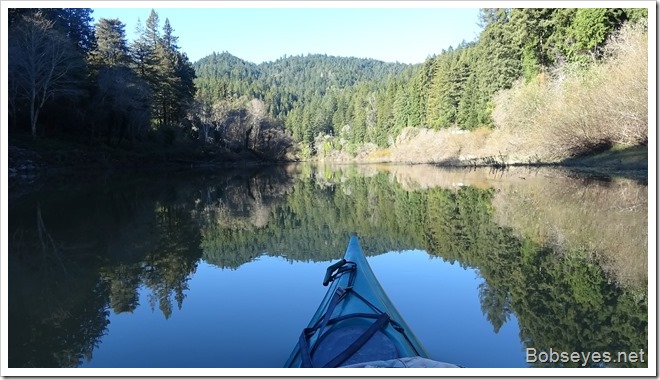 Here’s the Villa Grande Hole on the right where I sat around and enjoyed the day for awhile. 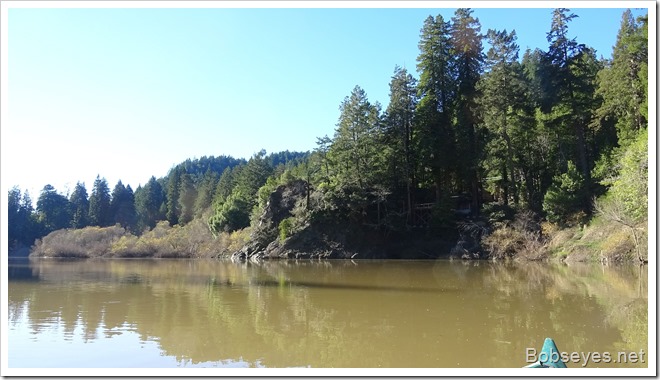 I went by this cormorant as I entered the hole. 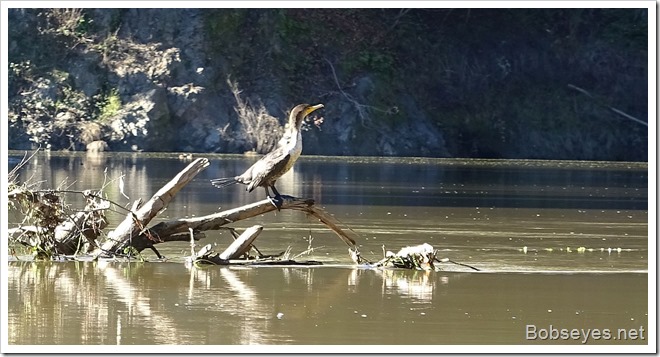 This was my view looking back up the river from my spot sitting at the hole. 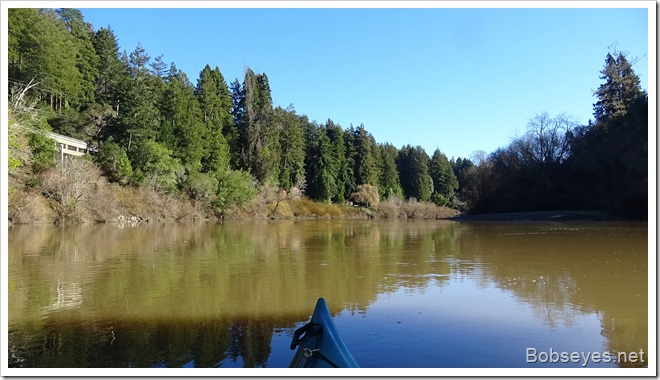 Not much was happening on the river but it was a nice day as I started back up the river along the left edge. 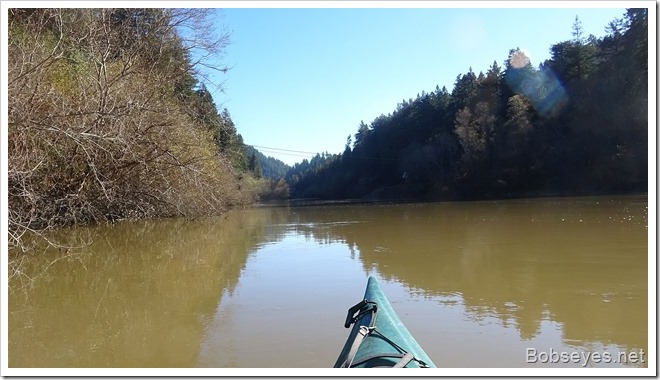 I spotted this blue jay up in the willow trees doing some preening. 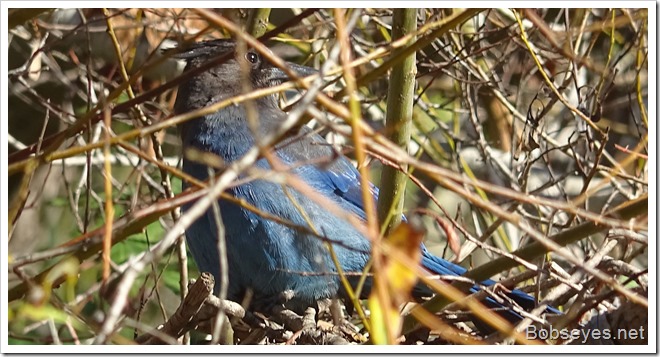 Staying in the sun

I’d switch from one side of the river to the other to take advantage of less current when I could and sometimes just to keep out in the sun as I paddled up the river heading back to Monte Rio. 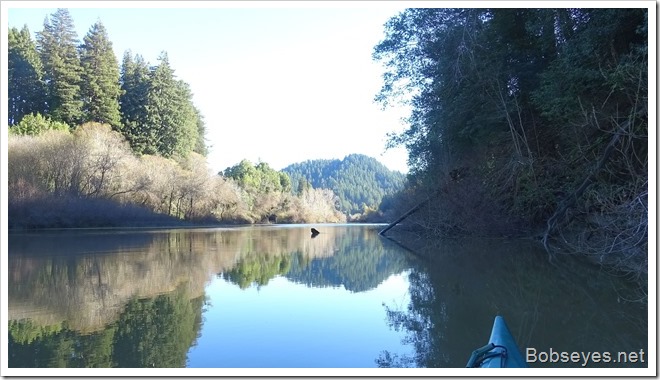 Jed was still there fishing away in his boat so I stopped to talk with him a bit more. Still noting happening in the fishing department. 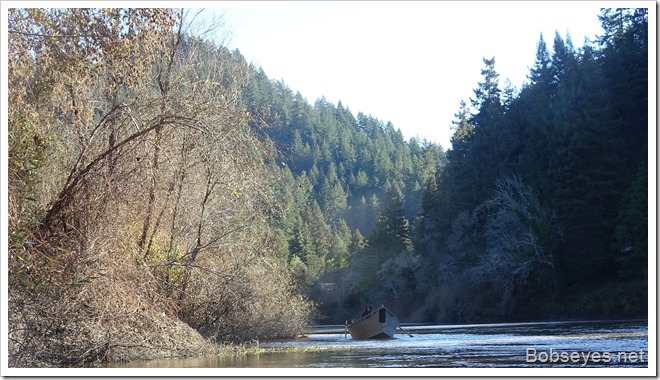 This was the view of the Monte Rio Bridge and the boat ramp on the left where I headed to take my boat out of the water. 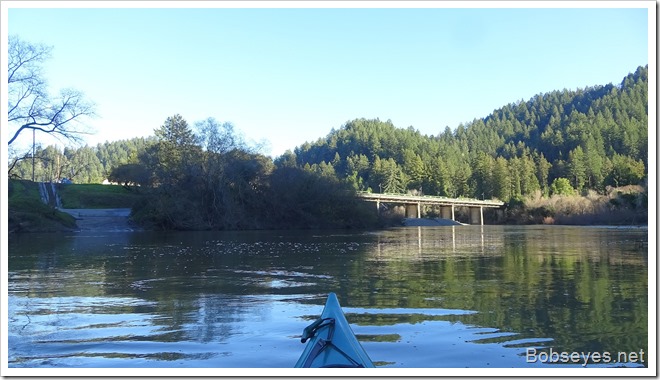 The sun was already going behind the mountains to the west when I got home so I went in the house for a cup of coffee then it was about time to let the chickens out to graze for the day so I did that.

While the chickens where grazing away I got the ladder and my pruners and did some more pruning on some of my fruit trees. I did a couple peach trees and got started on some apple trees before it was time to close the gate behind the chickens that were on the roost and ready for bed.