Wiring up the cooling unit

Today I wanted to get the cooling unit on the van installed as it’s been sitting around for a bit waiting for that to happen. All I needed to do was hook up the electrical that makes it go.

I decided to hook it into the other big electric radiator fan as it already had a relay and I didn’t have another one. I figured there’d be enough juice to run both fans. Finding the right size wire presented a problem as all I could find was too small or too large a size of wire.

Eventually I remembered I had some of the right size wire stored in the van’s battery compartment. I dug it out and used it. 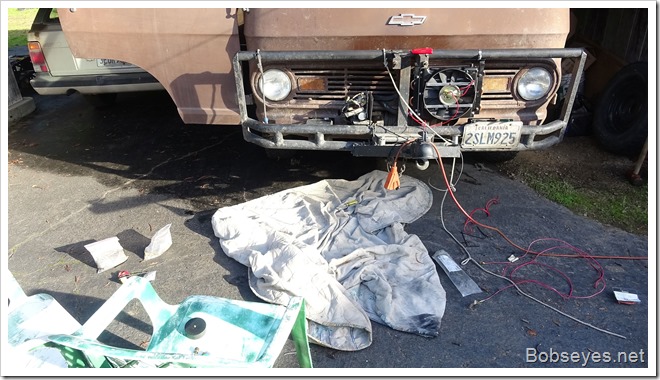 Blowing in the right direction

I had to do some splicing and I also soldered on the spade connectors. I did have to do some measuring with my voltmeter to find out which wire was positive and which was grounded. I hooked the fan up temporarily to check which way the air was blowing just to make sure. It was blowing into the cooler just as it should. 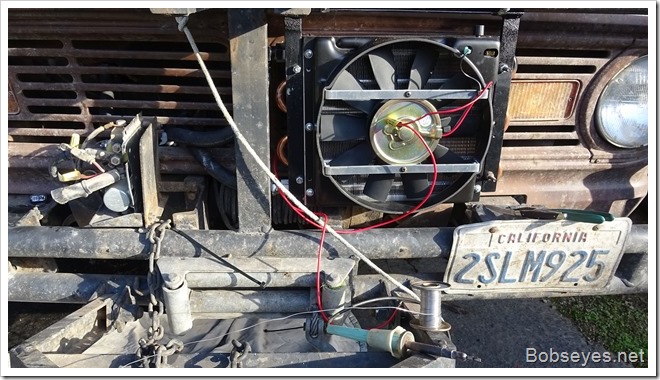 Here’s the finished product tidied up with wire wraps. The spare tire will cover most of it. 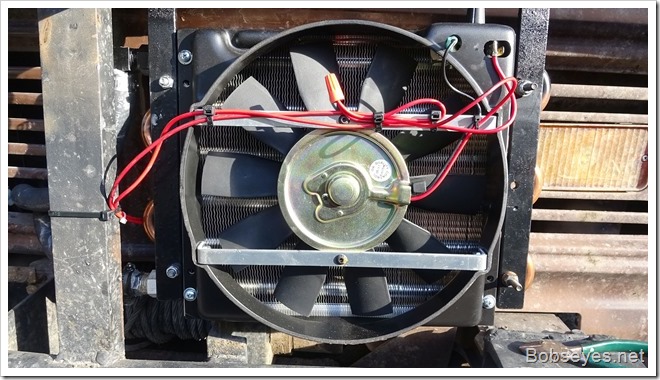 No leaks is good

I needed to start up the engine and let it run for a bit to check for leaks and all looked good.

I’ll test it a little more then I will need to bolt the belly pan back on.

Didn’t need to rotate the tires

I needed to take the van down to the tire guys downtown to see about rotating the tires as I’m way past due although they look good. I called down to see it they had time which they usually do in the late afternoon. They said to come on down. I pulled into the stall and they looked at the tires and said they didn’t appear to need rotating as they were all wearing just fine. I suspected that so it was fine.

As long as I was in town I went over to the grocery store and got a few supplies and then went on home.

After I parked the van I checked for leaks, but didn’t see any. I’ll keep my eye on that for a bit on the first trip I take until I’m sure no leaks will develop. The best test for that is driving the van around on a good hot day.

I’d asked my brother Tom to spread some wood chips with his tractor on the trail he was using across my orchard as his heavy golf carts were starting to make ruts.

He did that yesterday and spilled some of it in the process. 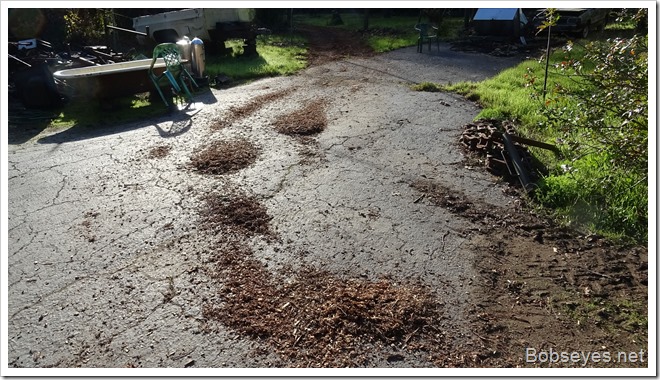 I located my big push broom and cleaned it up.

Here’s the trail he put the chips on going though my orchard. 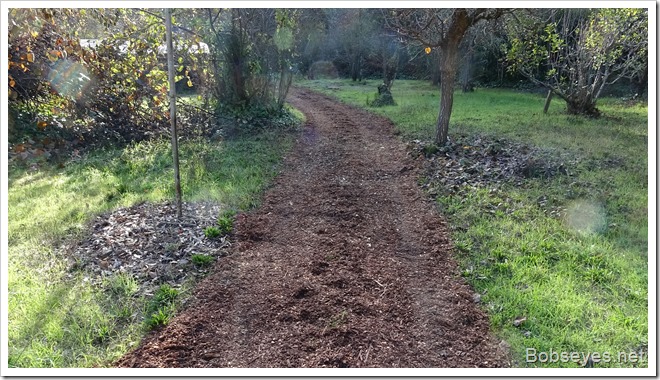 By this time the sun was behind the mountains to my west and the day was cooling down so I went in the house and warmed up.