Getting around the apple tree

I needed to attach wire to the five panels I welded up yesterday to get around the apple tree I’m trying to avoid.

I’ve got the wire cut in this picture and now I need to attach it to the rebar panels after a break. 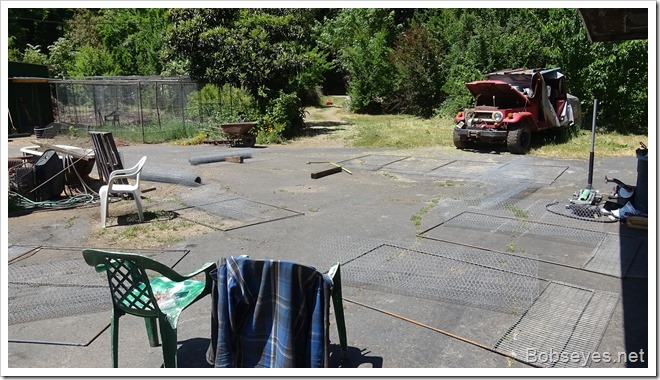 Another stump to whack

The apple tree is on the right and the extension around it is in the center. But now I see that bush on the left has got to come out. It’s a crape myrtle or something like that. It doesn’t bare anything to eat so it goes. 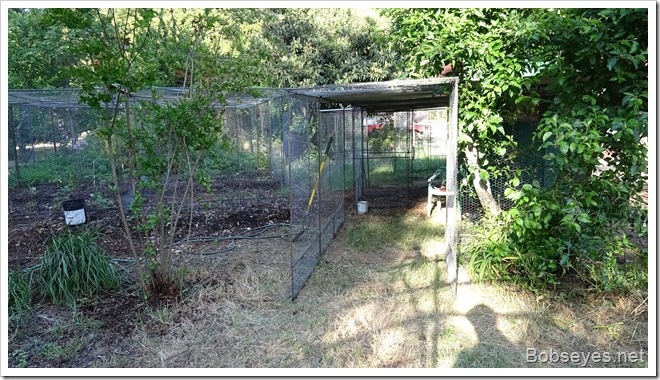 I watered the ground around the bush to soften it up before I started. As I dug around the dump I noted that it had many roots and a bunch of them right under the bush, so it wouldn’t budge so I got out the whacker, the mall and broke it into pieces which took care of the problem. 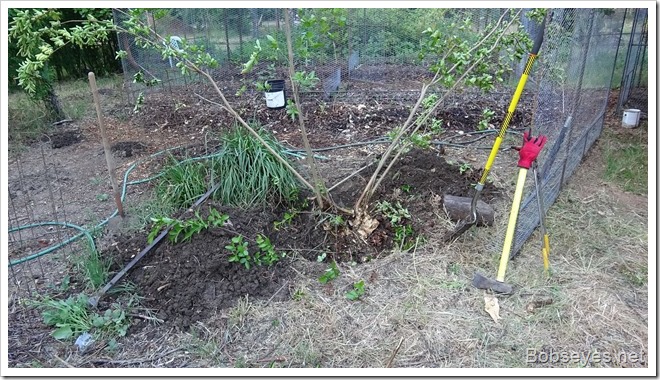 The bush is out

The stump is out and I just need to clean up the pieces and fill the hole back in. 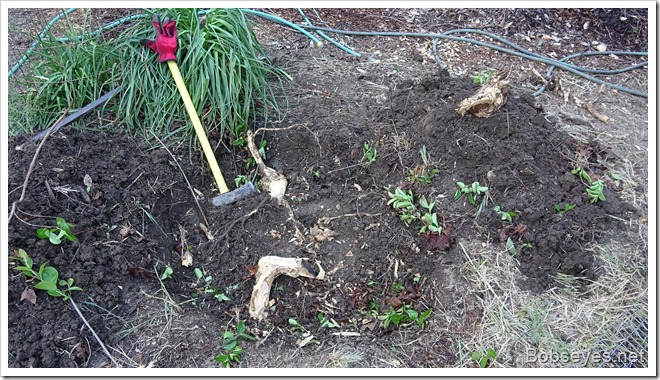 Put up the panels I  had

Once that was done, I put up the last panel that starts the next enclosure I have to build, but I need to get some more rebar first. 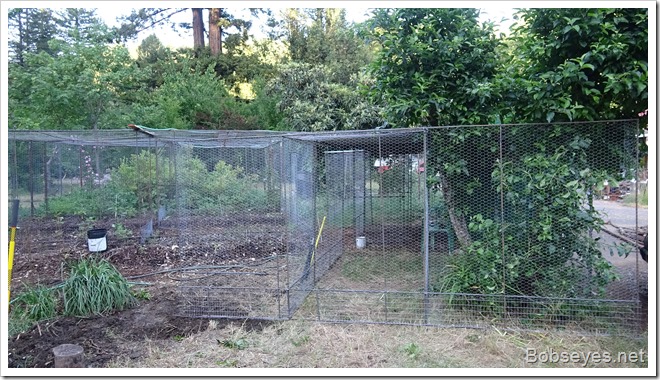 Here’s the view looking out with the apple tree on the left. I decided to not put a big door in the  extension end  but put a little chicken door there so they’ll be able to get into the other enclosure when I want them to. 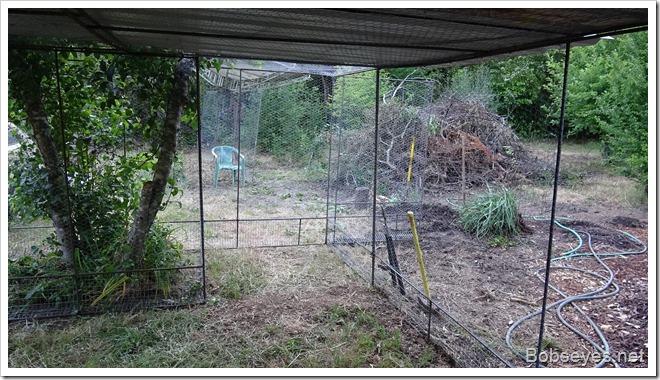 Still lots to do

I really went through the rebar and I’m almost out of it and I need some more wire and clips too so I’ll have to go shopping soon. The panels I put up today finish off the main chicken run so I need to work on finishing up the things the pen needs to operate with chickens, like some drinking water and roosts.