Windy So No Yak and Automatic Gate Repairs

A bit too windy to kayak

Today I was planning to kayak so once I got it going and after feeding the chickens I drove on down to Jenner to yak for the day.

As I approached Jenner I could see the wind was up a bit. Maybe not a good day to yak.

As I was turning into the boat ramp Ray was doing the same. He’d just been down to the overlook to check things out.

We both pulled in by the boat ramp and shot the bull for a bit while watching these two ladies exercise their dogs which were having a blast. 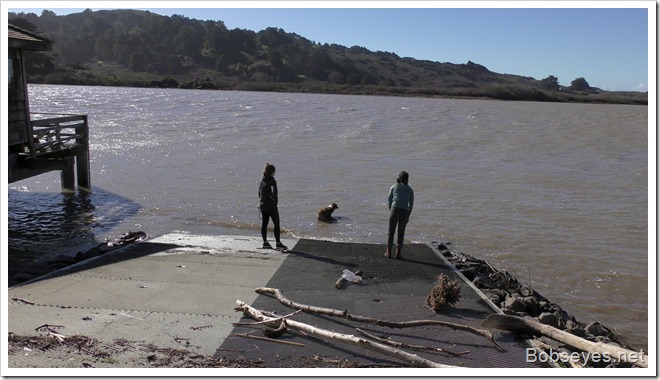 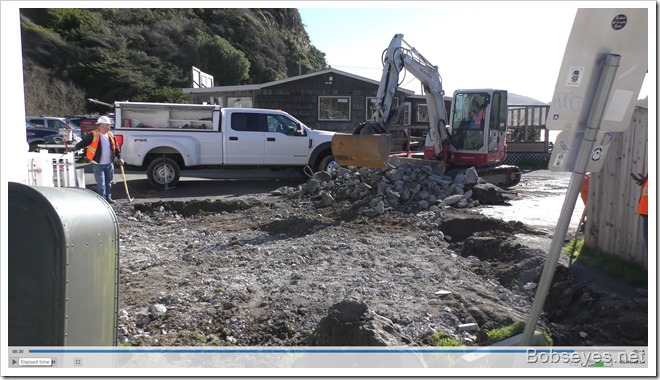 It turned out they were digging up the post office parking lot as when it rains it gets several inches of water sitting on it. The guy said it was because the drain which goes under the cement to the river was sloped up instead of down so the drain was installed wrong last time the parking spot was made.

Here’s looking up river from the parking lot. 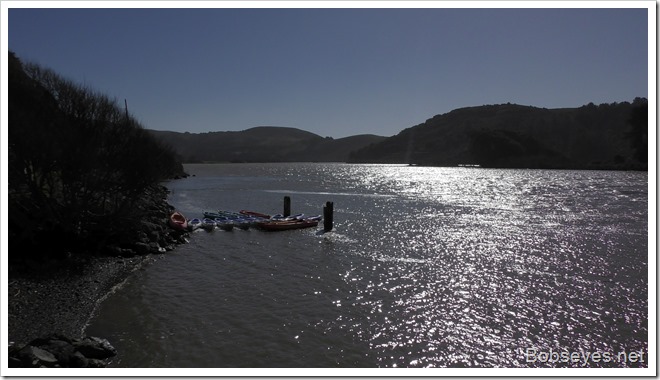 From there I drove on down to the local overlook just past the town of Jenner at the mouth of the river.

Here’s looking up river from the overlook. Lots of people looking today. 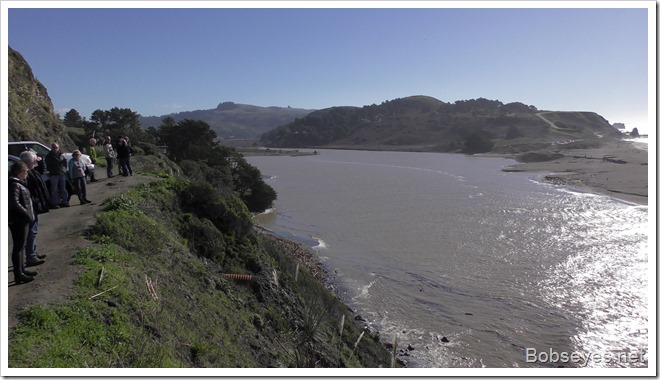 Here’s looking North up along the Pacific ocean. The ocean has sanded in that whole area in back of the big rock which is called Haystack Rock. Eventually the river will wash the sand back out into the ocean but it might take a year or so but it will. Such is the cycle. The river is high and muddy from the recent rains so it’s chocolate and you can see how far it goes out into the ocean. 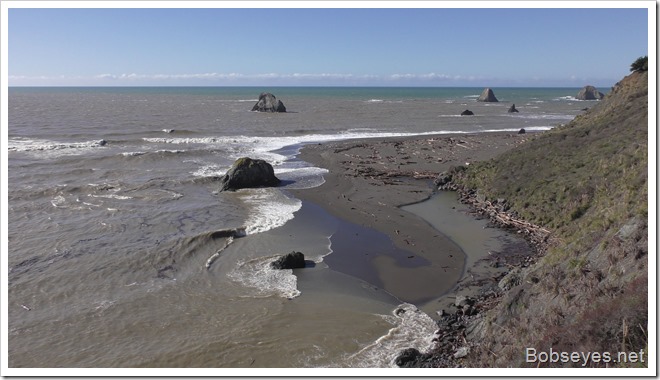 Good for the fish

The muddy water helps protect the spawning fish coming into the river. It’s the only time the fish are safe from predators.

Predators like these harbor seals resting on the beach. 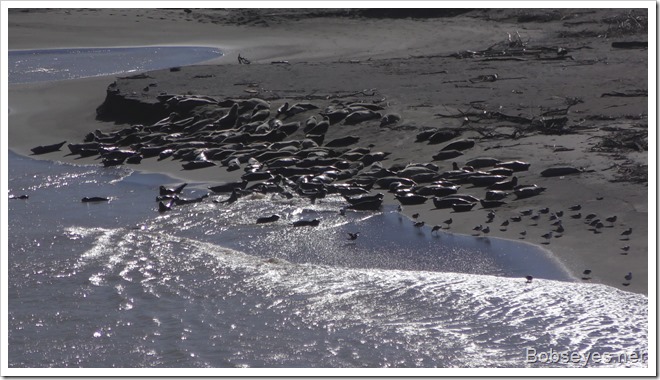 The ocean was at high tide and pretty rough today. Some birds resting down there on the sand to the right of the open mouth. 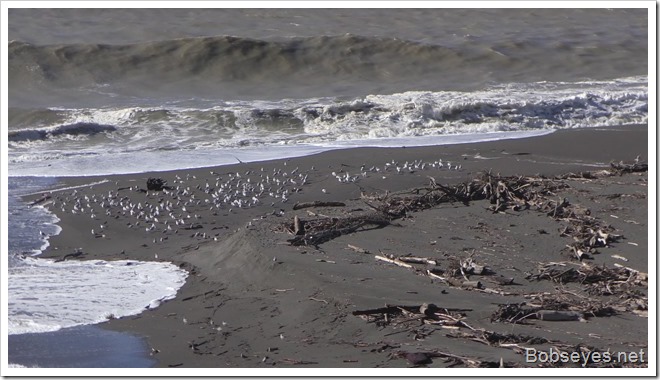 Here’s looking over the river to Goat Rock in the ocean from the overlook. 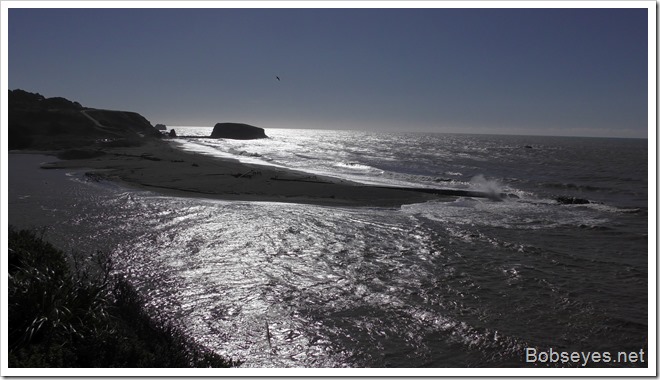 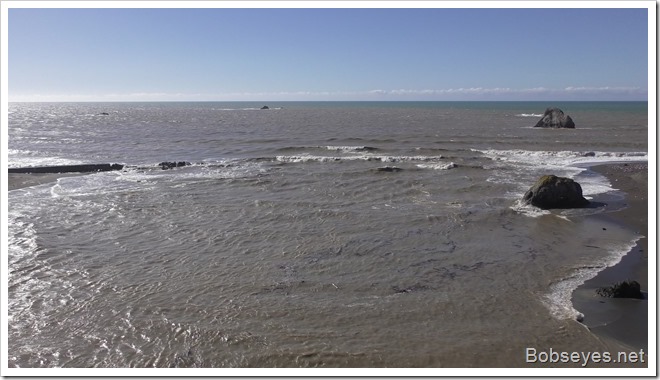 One last look and I headed for home. 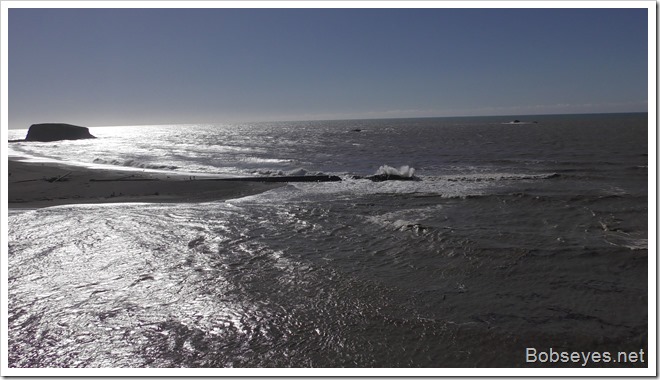 I stopped at the Monte Rio boat ramp on the way home to have a look. It’s a bit muddy right now, I’ll have to bring my shovel if I plan to yak here. 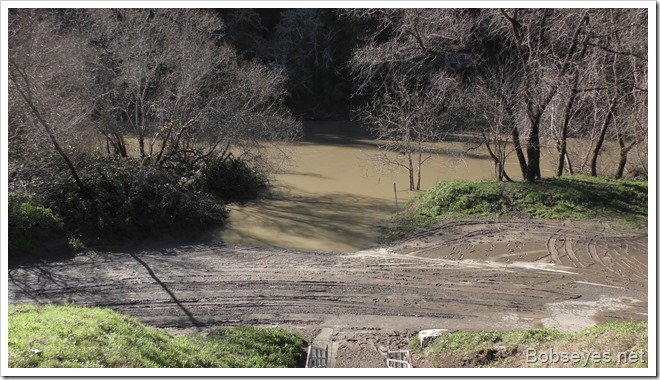 Back home I let the chickens out to graze and made myself a cup of coffee.

Then I put another coat of paint under the kitchen sink. 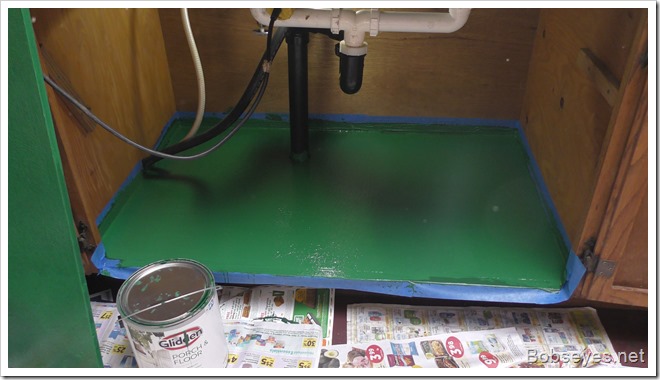 I noticed when I tried to use the remote to go through my automatic gate it didn’t work this morning. The manual push buttons worked though so there was something wrong with the remote stuff and I suspected the antenna. The controls are in the box on the left. 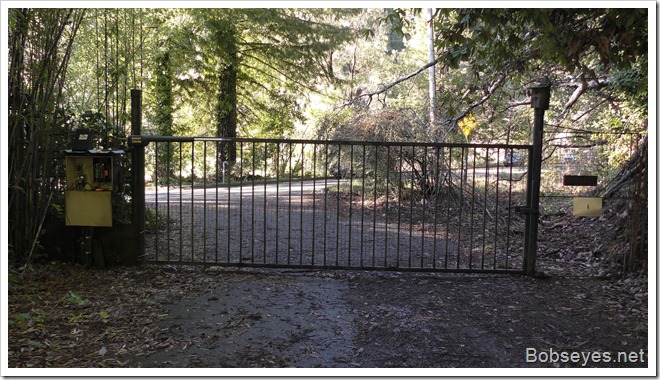 I opened the antenna up and found it full of water as it’d turned upside down and filled up and shorted out.

I have another one in the garage so I installed it and all was well.

Here’s the control box. Good to have that fixed and out of the way. 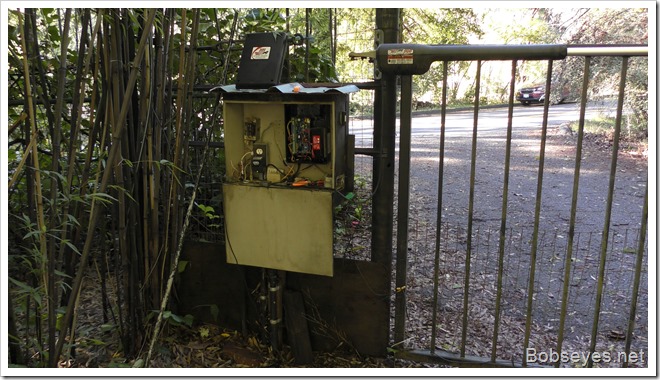 Learning to use my wireless camera

I messed around a bit with my new wireless camera. It’s been slow and I’ve been having problems keeping it on. I discovered it’s been recording videos all the time for some reason which was hogging the network as it’s not fast enough to keep up as it’s a poor connection as I’m too far away. I turned the video recording off and things are working better but I still need to improve the wireless signal. I ordered an extender for my network last night and it is supposed to come in Tuesday, tomorrow, so I’ll have more stuff to play with. If this thing works as advertised it should improve wireless in the rest of my yard too. We’ll see. Like many of these things the manual could do with a bit of improving. I’ll figure it out though, it just takes longer.

These four chickens snook through the gate when it was open for a bit before I could stop them. They can’t hurt much so I let them do their thing tearing up the ground. :O) 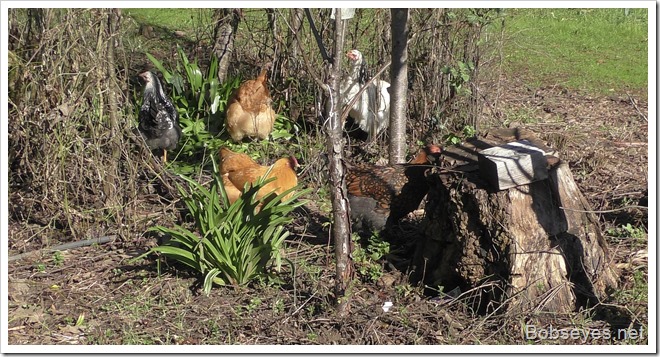 It wasn’t long before the day started to cool down so I locked the chickens up for the night and went on in for the day.

That was if for  me today. Nice day.

2 Responses to Windy So No Yak and Automatic Gate Repairs