Yep, that seemed like a good idea to do today so off I went and arrived at Jenner around 2 and put my boat in the water at the boat ramp.

It was fairly windy with the wind blowing up stream so I headed down stream towards the river’s mouth and the ocean.

There were a bunch of brown pelicans and some gulls resting on the end of Penny Island as I paddled on by. 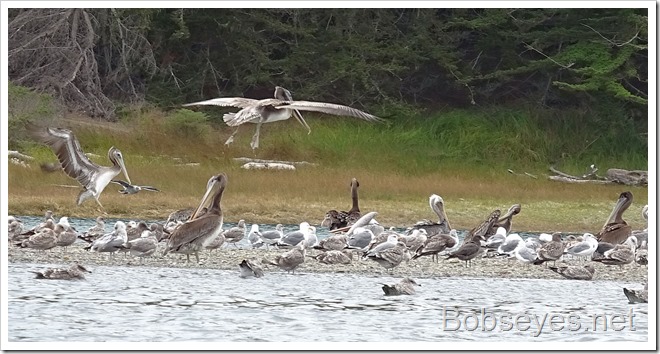 Here’s all the birds on the end of Penny Island. 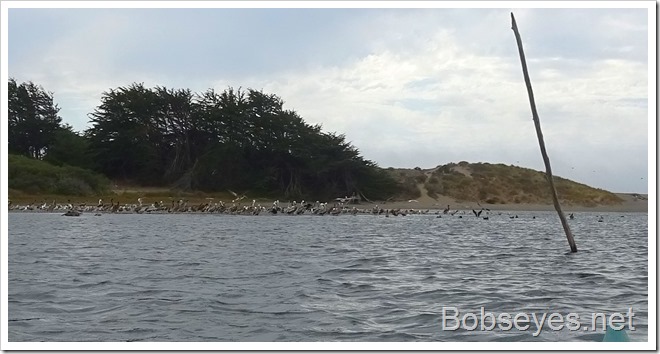 Mouth is full of birds

I was headed to the open river’s mouth up ahead where all the birds were flying around as something down there spooked them but I didn’t see what spooked them. I paddled down  and parked at the sand point just up ahead to watch things. 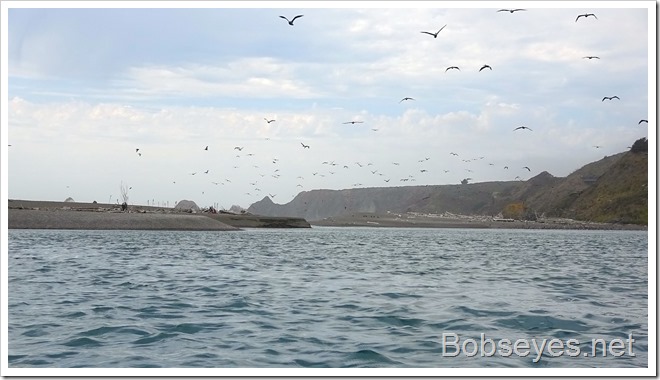 There were lots of birds resting on the sand to the right of the open mouth. 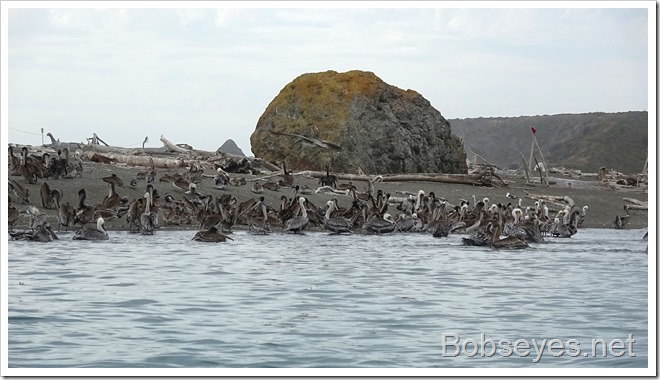 A big no no

While sitting there I saw these folks with the dog doing something stupid, they were paddling out into the ocean which is a no no without a wet suit. It looked fairly calm, but looks are deceiving. 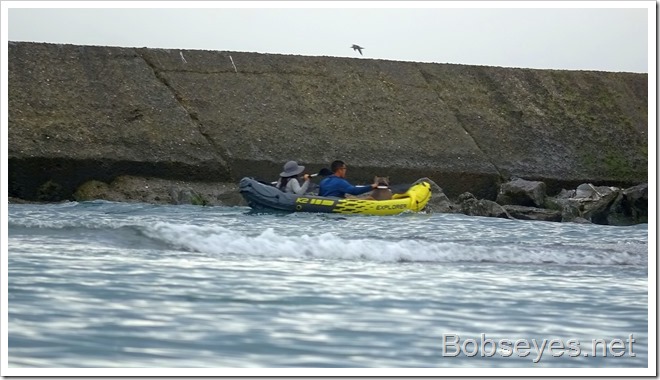 They went out of sight and I could see a larger wave coming in and shortly they appeared again with their boat not sitting as high in the water as that wave broke over them and filled their boat with water but fortunately for them they didn’t turn over and jut got a good scare. 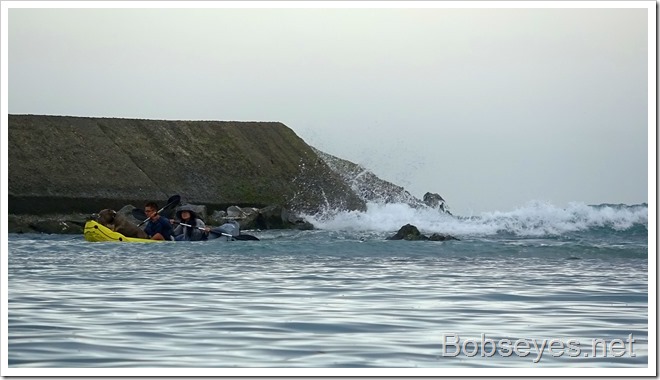 As I was siting down there watching things the wind died down which made things real nice so I headed back up river going by these pelicans on the end of the island again as I was headed up the back channel of Penny Island. 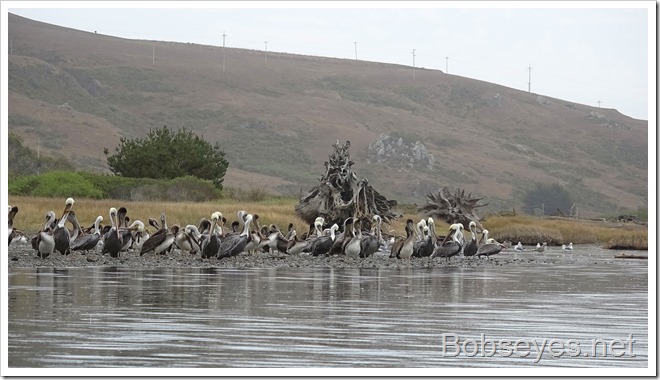 With the wind down I sat here enjoying it for a bit before moving on up the channel. 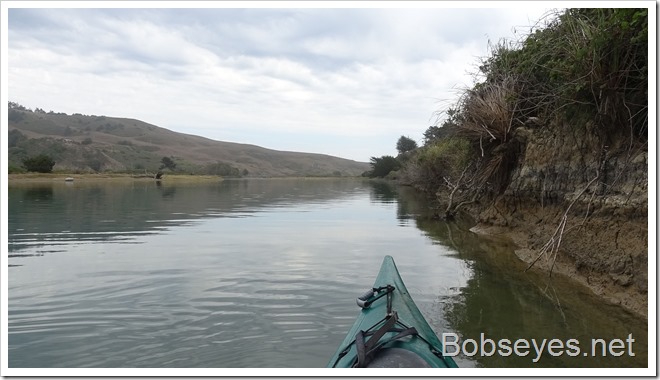 This egret watched as I paddled on by interrupting it’s fishing. 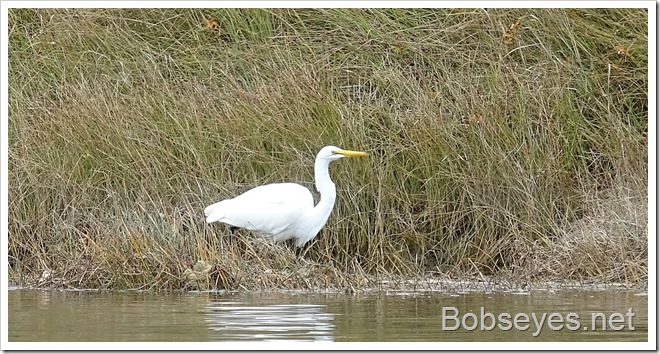 At the top end of the island  I spotted this duck and this seal resting on this redwood log. 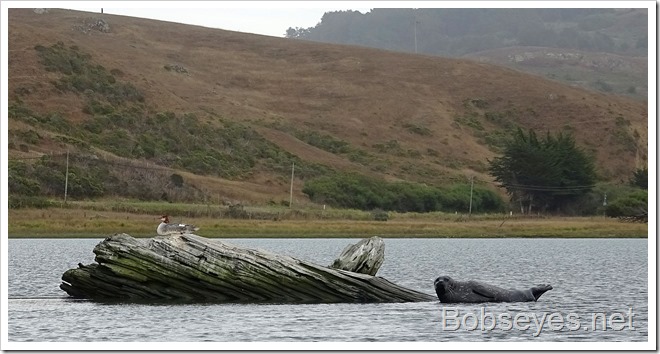 The harbor seal didn’t seem to be bothered by my passing by it and just watched me. 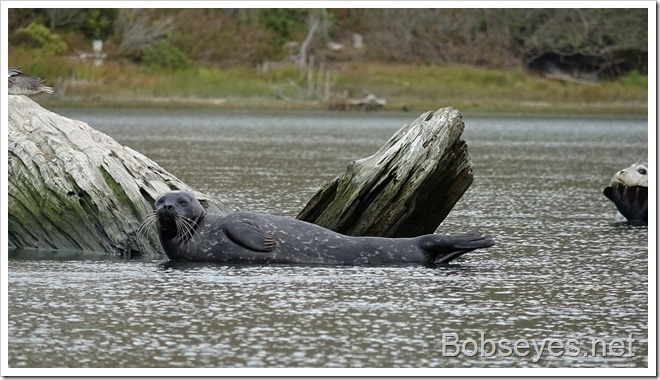 There was also a great blue heron sitting on a log that made some squawking noises as it took off, irritated. 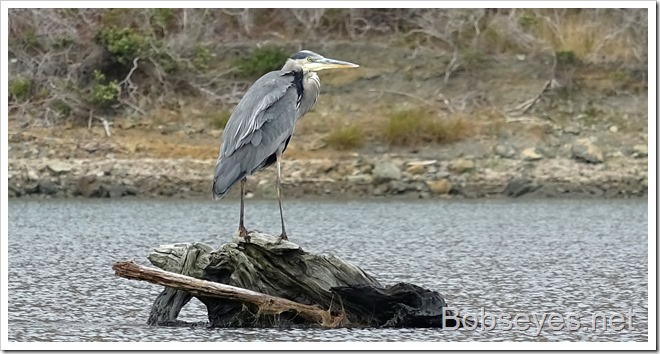 A light wind came up as I headed on in to the boat ramp for the day. 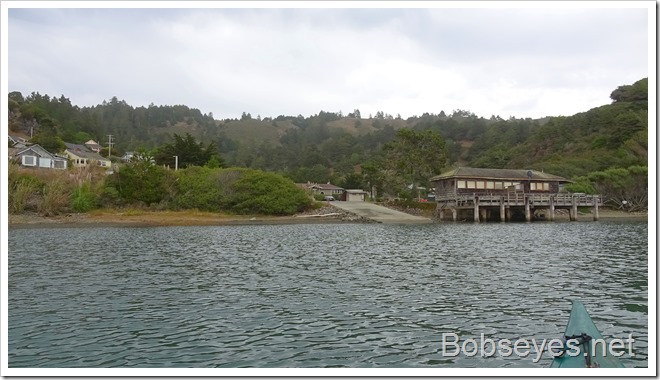 I almost forgot while I was down there paddling around it spit some drops on and off but not enough to get wet.

I landed and went to get my car to load up when I noticed how nice it had gotten. 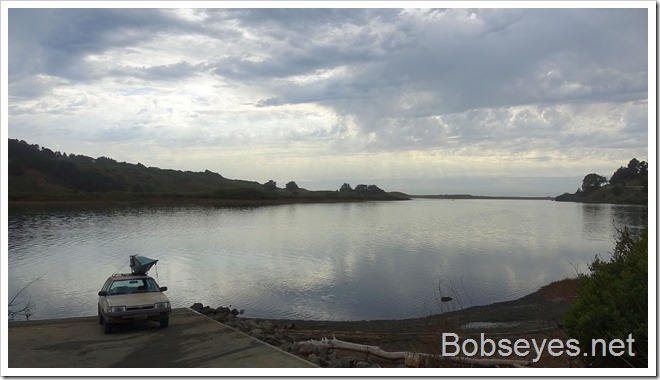 I headed on home for a nap hitting some more very light rain drops as I entered the town of Guerneville and even a few drops once I got home.

New Garmin device to figure out

After that I went out to the mail box and got my new Garmin GPS unit.

Now I have to learn to use it. 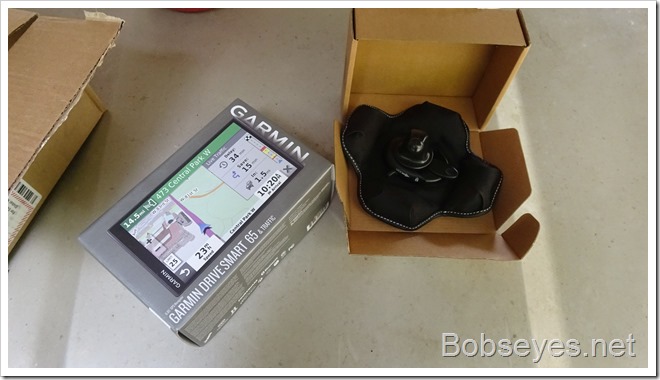