Too windy for a nice yak

Seemed like a good day to go down to Jenner to kayak for the day. The only problem with that is the weather guys said it’d be a bit windy today.

I decided to drive on down to Jenner to check out the conditions and decide once I saw how the wind was doing.

I arrived at the river’s mouth overlook around eleven AM which looked like this from the overlook. 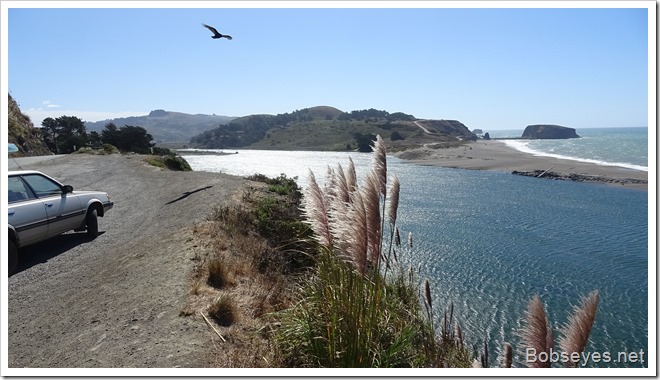 It was a bit windy, I could go yakking, but did I want to in the wind, maybe I’ll just drive back to Monte Rio to yak for the day.

This is looking across the river into the Pacific ocean. The river’s mouth has been open just to the right of that rock in the middle but the ocean moved sand up to dam the river up, so the mouth is considered closed. 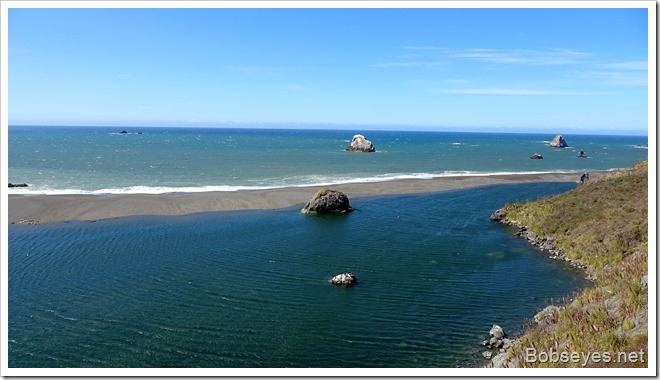 Just south of that spot this is what the beach looked like. The jetty where the river’s mouth usually goes out this time of year is about in the middle of this picture and you can see the sand bar is closed there too. 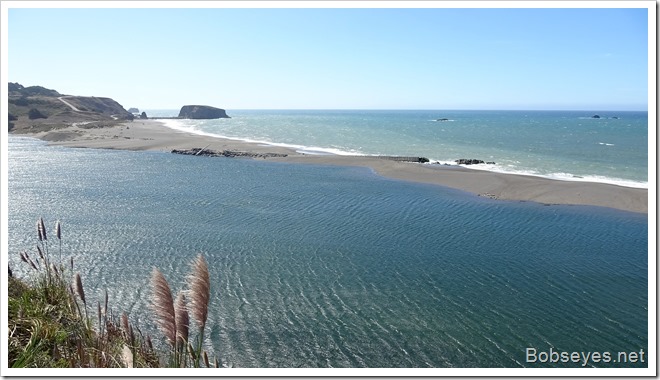 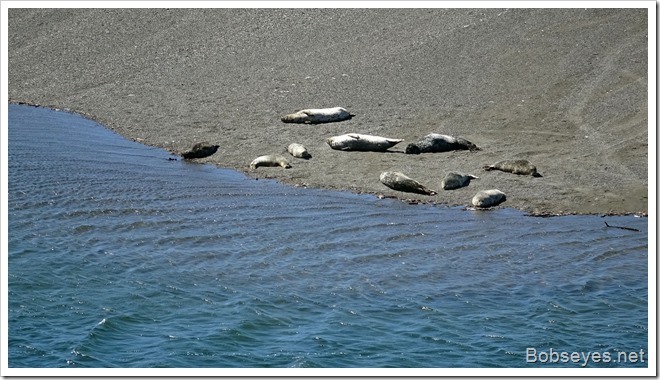 I decided to head on back to Monte Rio and check it out for kayaking. When I arrived in Monte Rio, I felt more like a nap than a yak, so I went on home for that nap.

Some shopping in Guerneville

Once I was rested up a bit, I headed back to Guerneville to do some shopping for food as my cupboards are getting bare.

Came home and put that stuff away and had another nap.

A bit later I went back outside to do some more work on the van’s leaky roof which I’d been working on.

The fix needed one more coat of epoxy to fully seal up the rusted out cracks.

So I mixed up a big batch of a two part epoxy. 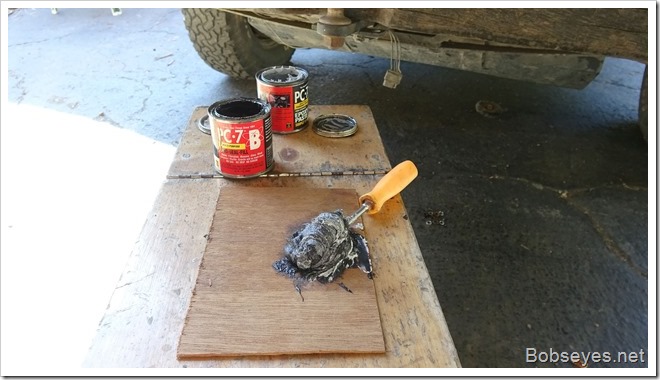 I put a coat of epoxy on the roof rack mount to stop the part that sits in the gutter from rusting. 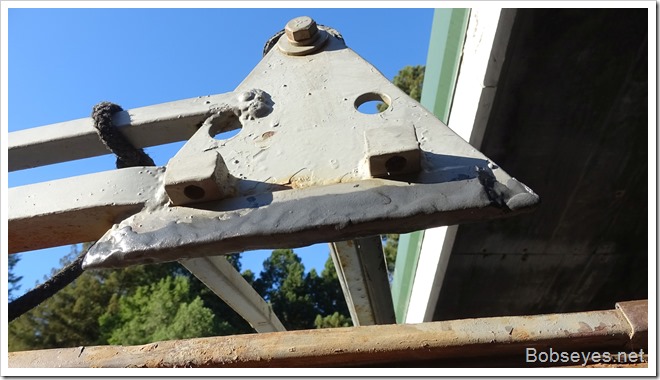 A coat to the gutter

Then I put another coat of epoxy in the gutter which beefed that repair up substansually. 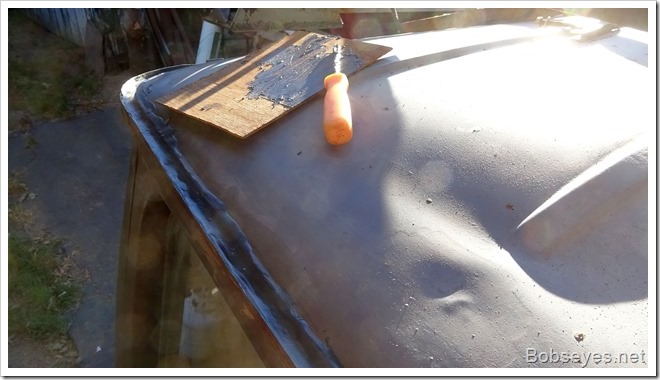 I spent some time smoothing out the epoxy I put in the gutter and cleaned up the tools.

Once the epoxy cures, I can put things back together.

That was pretty much my day for a good one.