Winds Up, But Finally Dies Down for a Nice Jenner Paddle and Jenner Road Work

The first part of the day was windier than I expected

The sun was out as I entered Jenner this morning, but there was a cool wind coming off the ocean.

I decided to drive on down to the river’s mouth overlook to have a look.

This was my view from the overlook looking up the river. 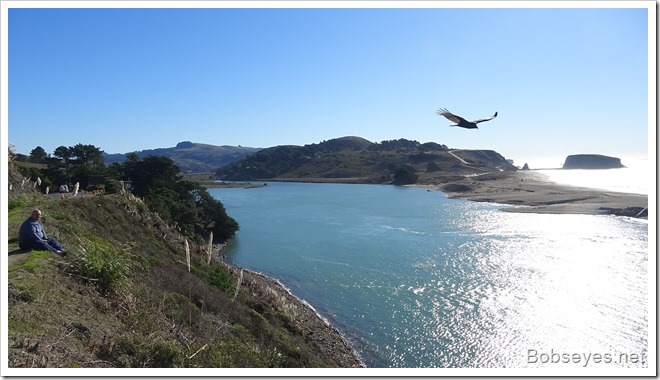 And this was the view looking north. You can see how the ocean waves have washed some of the sand out at the end of the river. 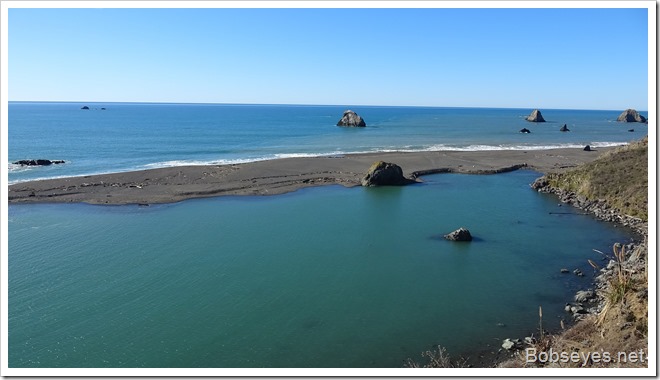 And this was my view of the open river’s mouth. 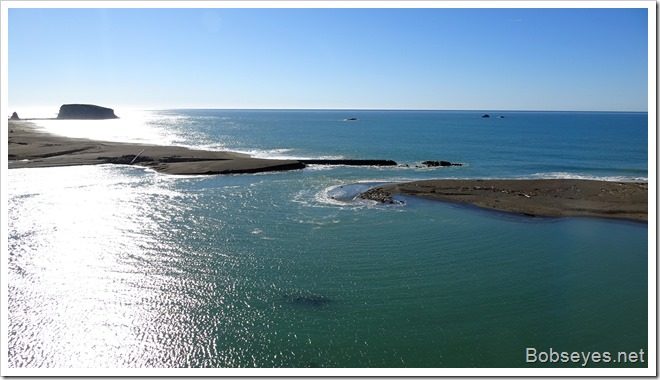 It’s a high, high tide at 6.6 feet today also known as a King Tide. You can see the harbor seals resting on the sand down there, but not many birds today. 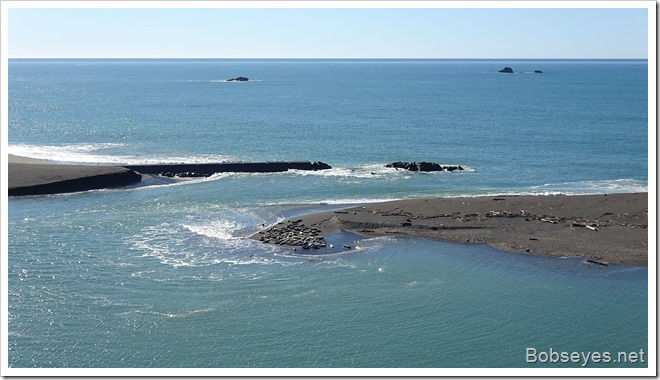 Here’s a closer view of the harbor seals. 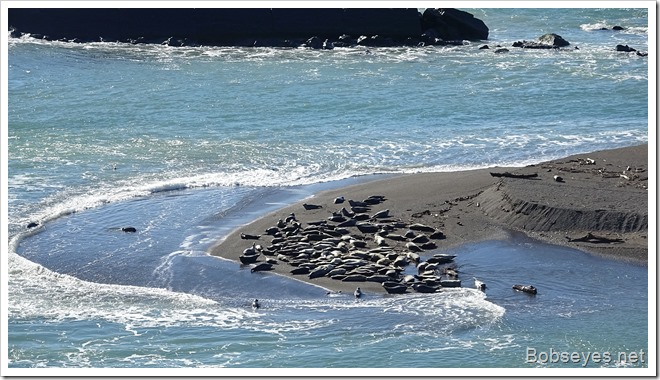 I drove on back to the Jenner boat ramp and put my boat in the water. As I crossed over the river, I could feel the cool breeze coming off the ocean. 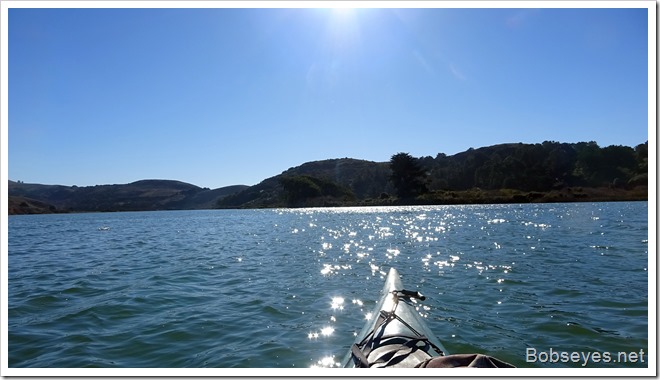 So I pulled into the sunny spot up ahead and sat for a bit as it was out of the wind. 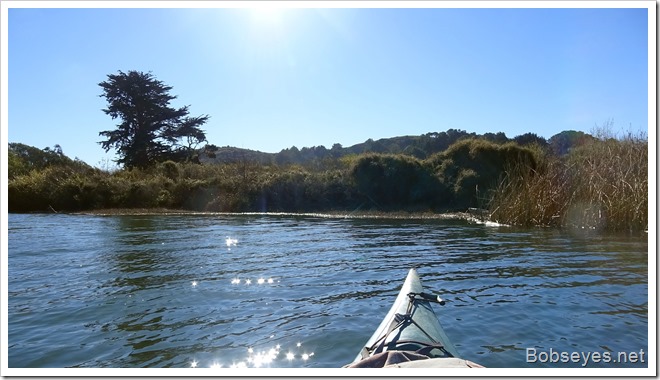 Lots of road work in Jenner

Looking across the river from that spot I could see the road crew working away. 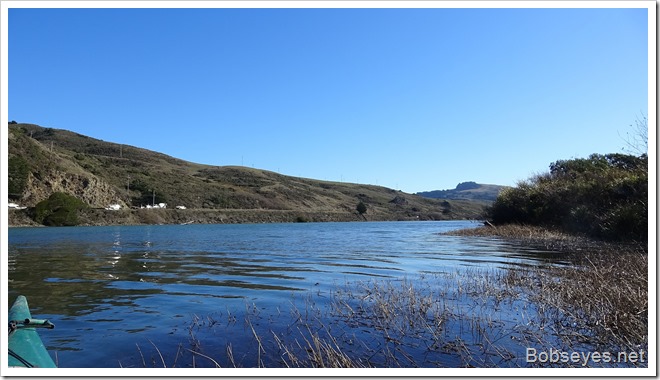 The road crew is installing speed indicators to slow down the traffic and caution lights for the new cross walk. They also have protection plastic up to install a guard rail there to keep people from driving off the road and into the river. For some reason people keep driving off the road and into the river in this spot. The river is about twenty feet deep here. It’s dark down there so when a car goes into the river, they are in twenty feet of dark water which isn’t good for ones survival. 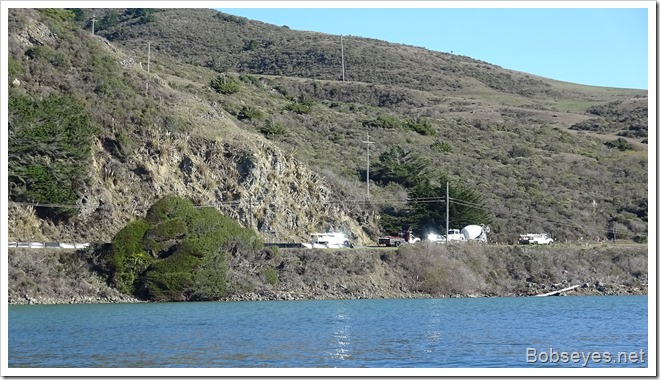 With the wind up a bit I had no reason to leave this protected spot on the upper end of Penny Island so I hung out here watching things. 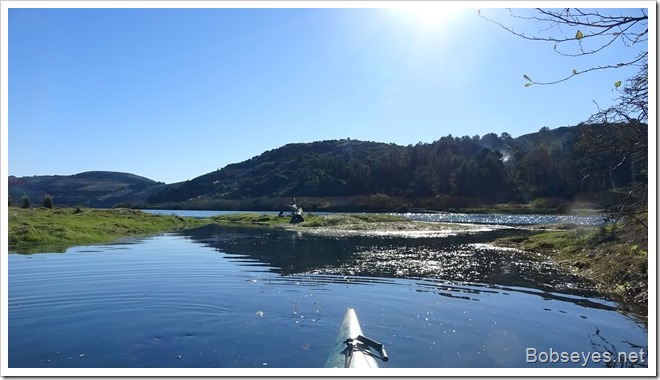 After about 45 minutes the wind let up so I started to move up river along the southern bank.

I paddled on up to this spot which I call Eagle’s Landing. Nothing going on here today. 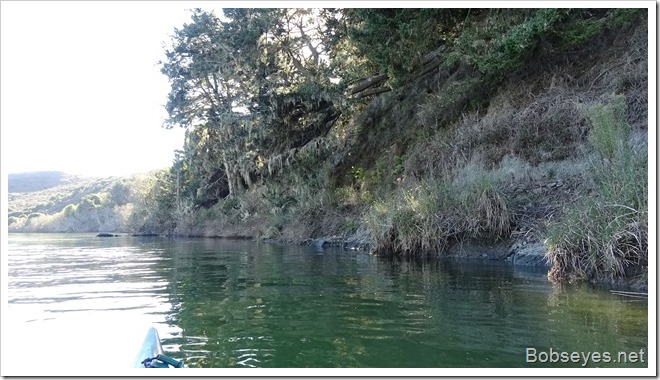 The wind died for a bit

I paddled just a little further up river to this spot where there was no wind. 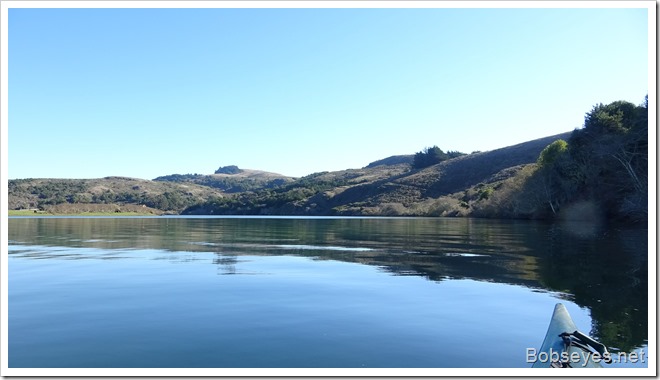 And eventually crossed over the river to Paddy’s rock up ahead. I like to come over to this side of the river to look for birds and critters along the shoreline. 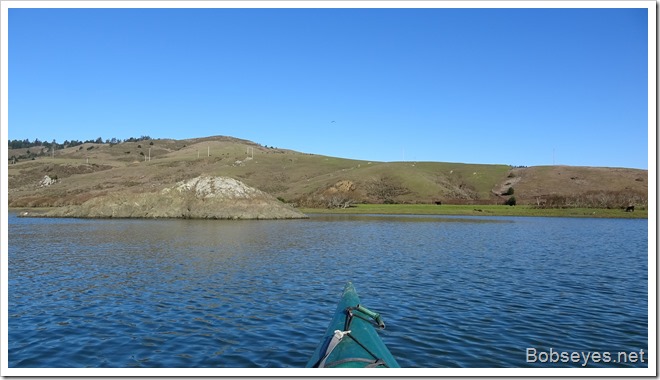 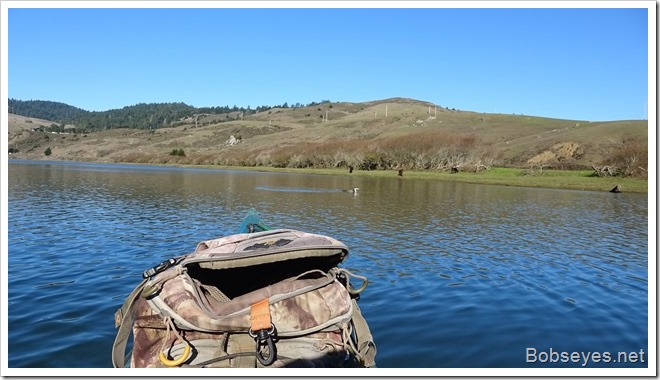 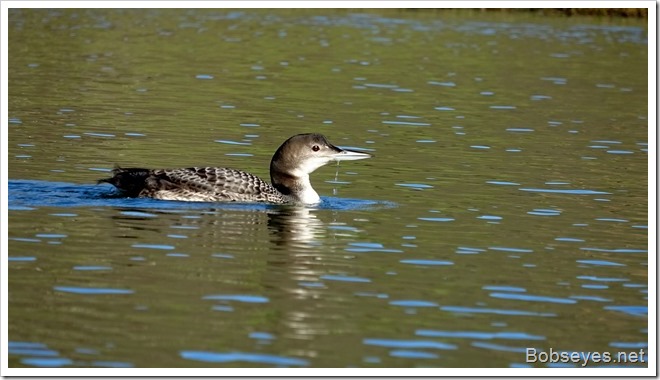 Not far from the loon I ran into these coots feeding away on dead weeds growing under the water. Most of the other ducks have left the estuary for some reason. 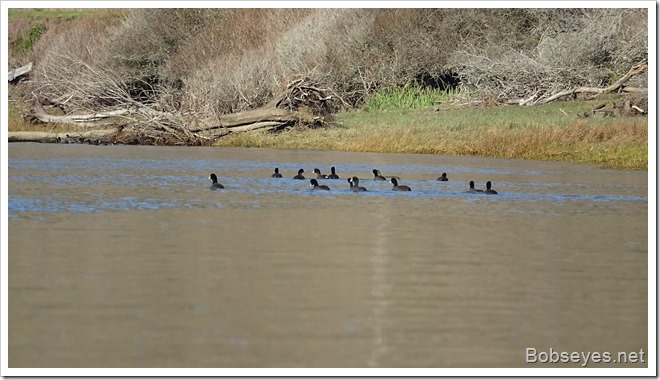 I paddled on down the river and stopped here just in front of the boat ramp and took a photo of the open river’s mouth. I see some birds finally did land down there since I was at the overlook earlier. 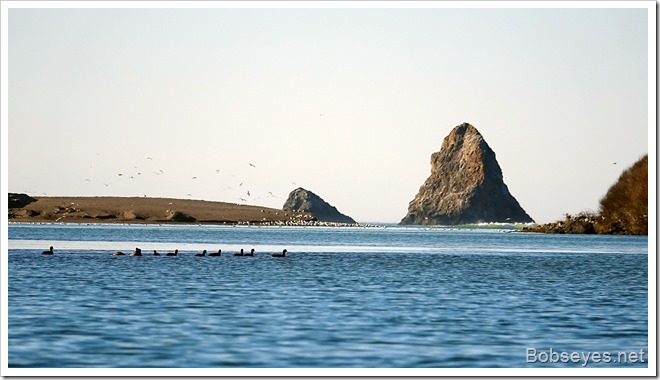 Barry and I shoot the bull

I loaded my boat on the car and drove on home. I was having a cup of coffee when I saw a motorcycle scoot through my yard so I went out to shoot the bull with my brother Barry.

We talked mostly about motorcycles until the sun went behind the mountains and it got cold, about 55 degrees F.

I went in the house to warm up and that was my day.