Steve and I go for a paddle

Steve was down from Oregon and wanted to go kayaking down at Jenner today. Even though it was a weekend and a holiday I decided to go.

He showed up at my house around noon and we shot the bull a bit and messed around for a couple of hours and then headed on down to Jenner hoping most of the people would be off the water by now.

We  put our boats in the water and paddled across the river to Penny Island and decided to paddle on up the river as he tide was coming in and there was bit of wind blowing up that way.

As we approached the Eagle’s Landing area we could see a seal or something up on the rocks ahead. 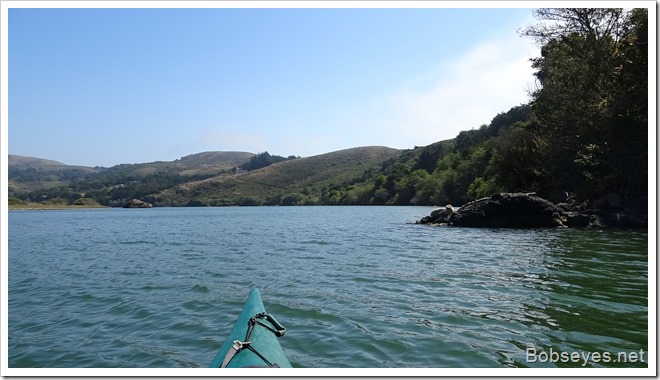 I paddled on over to have a look. It was a young sea lion resting on dead sea lion rock. Sea lions found on this rock unusually don’t make it. They may be sick or wounded, or starving. This one didn’t look like it was starving. I’ve seen several sea lions die on this rock over the years. 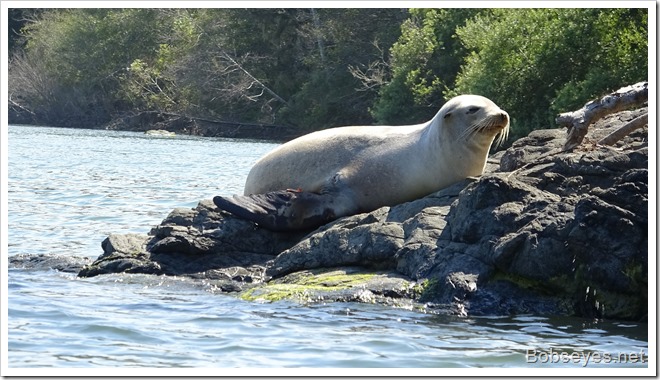 It had a tag on the right fin and a small gash there that I could see. 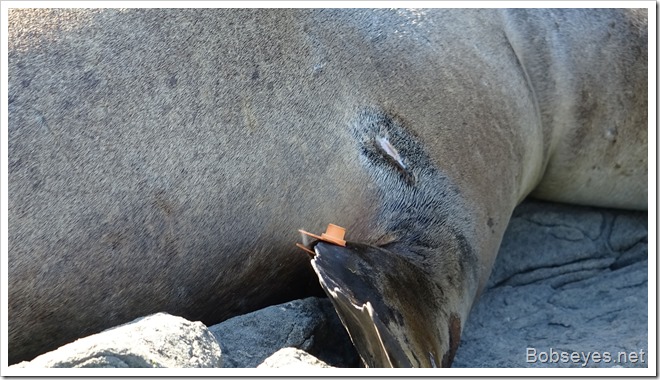 We left it and continued on up along the edge of the river going past these merganser ducks and a seagull fishing away. 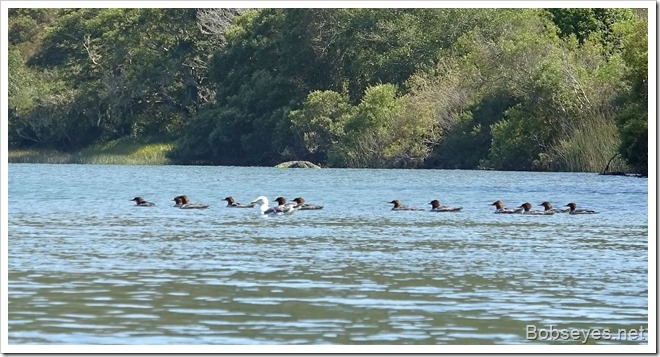 We went under the bridge at highway 1 and continued up river headed to Willow Creek. 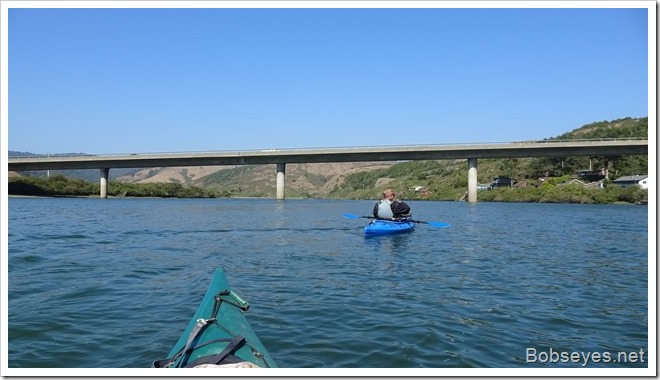 There was a bunch of honking from up above as these geese flew on by. 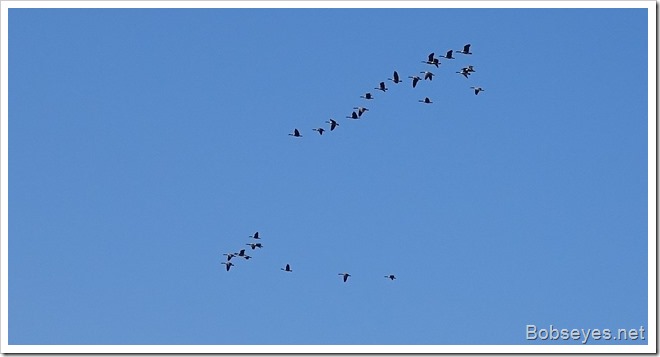 We paddled into Willow Creek

We paddled on into the Willow Creek area and sat around for a bit before going back out in the river and starting back down. 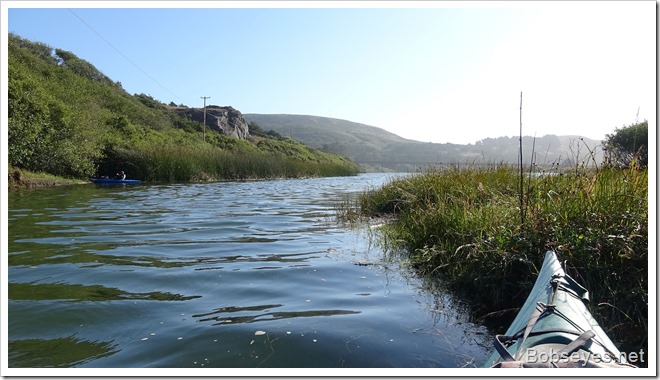 Checking out the sea lion

As we approached the sea lion we decided to check it out a bit. A couple of harbor seals were by it checking it out. 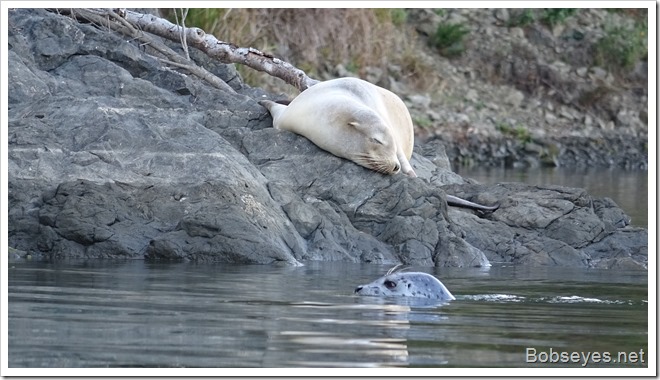 A cute little thing, but really quite viscous if you are a fish. 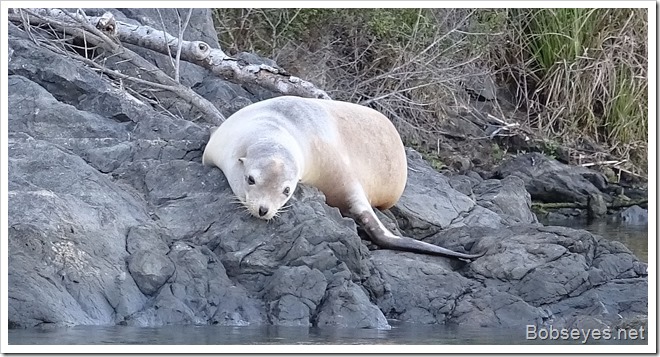 It did some posing for us. 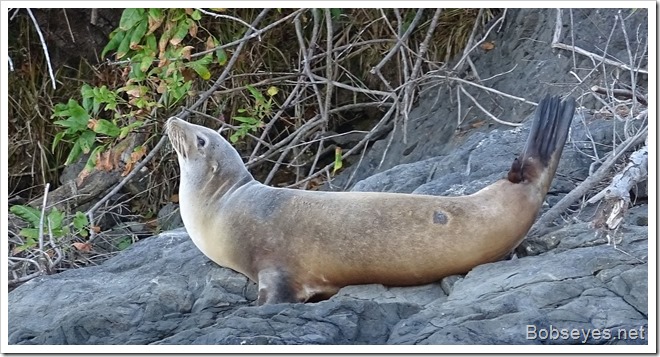 Steve got around the back side of it and could see three gashes on it’s right side so it looks like it has a bad wound so maybe it will heal up. 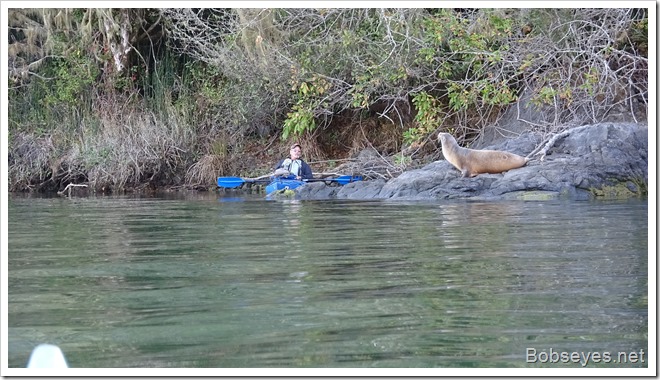 We left and soon ran into this harbor seal resting on this log. It watched us as we paddled by. 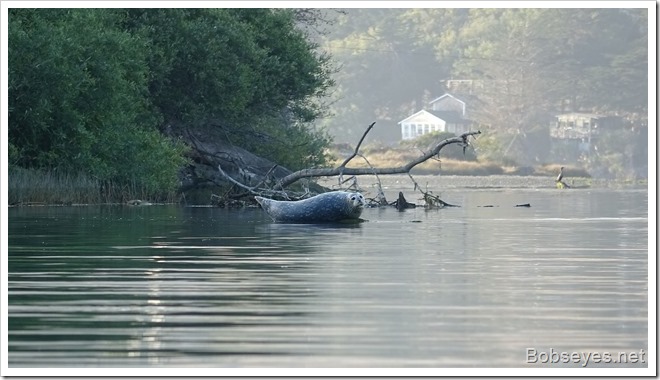 It was after 5 as we headed in for the day. 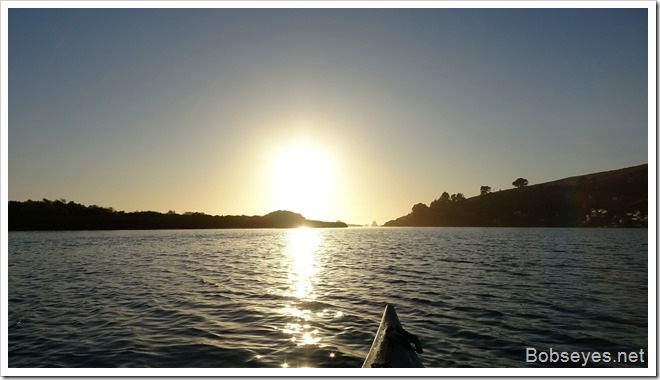 We went on home and that was pretty  much my day for a nice one.