Lots of pelicans on the river

Seemed like a good day to go kayaking so I headed down to Jenner after I checked on the chickens.

There was some fog down there looking down towards the mouth area, so I  headed on up the river  to avoid it. 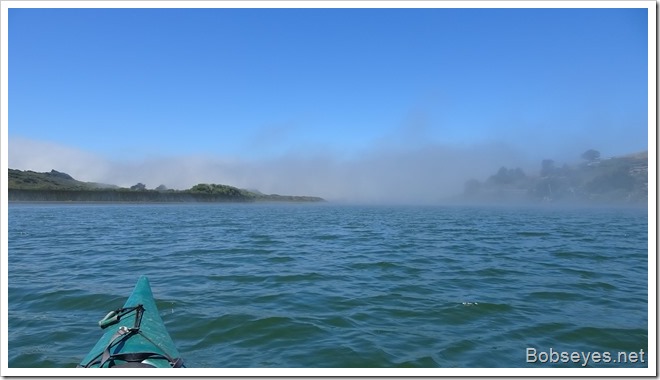 I passed by these white pelicans resting on the gravel on Penny Island’s upper end. 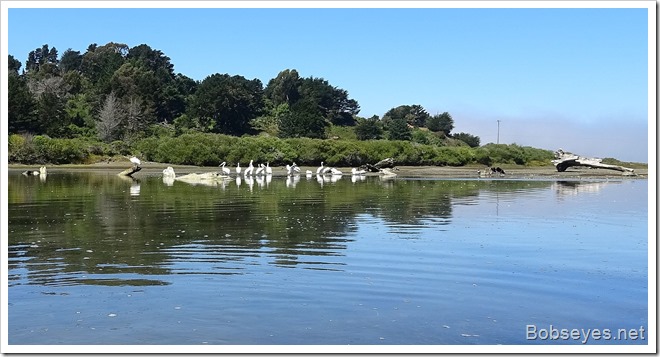 You can see that they were doing some preening. 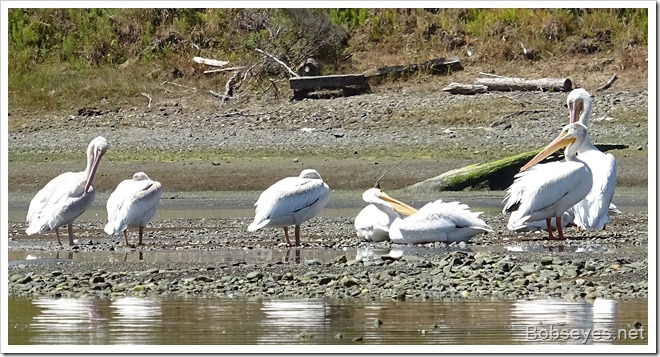 I continued on up the river at a slow pace. The wind was mostly down. 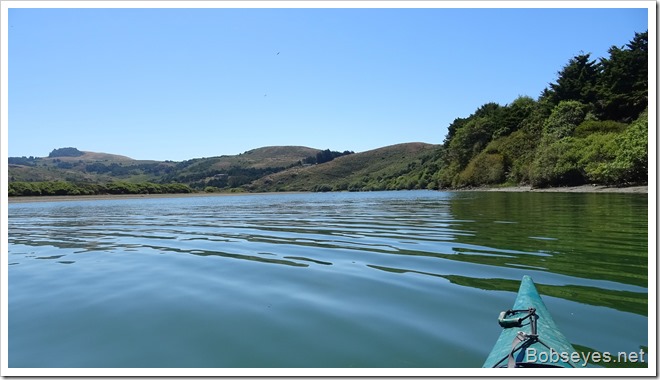 I was cruising up the side when two kayaks approached. It turned out to be Patti with a friend. I hadn’t seen her down this way for quite some time so I forgot her name which is common for me in my older age.

Here they are as they headed down river towards the mouth. 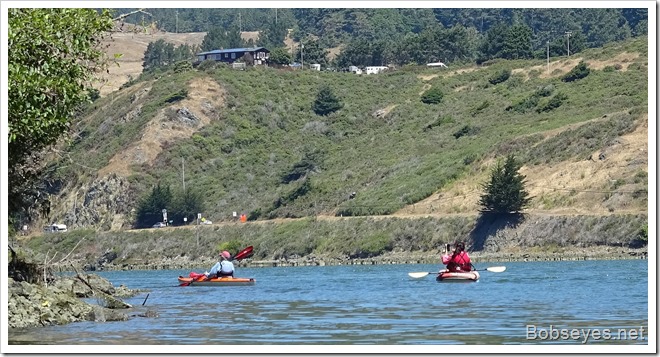 I continued up river to this spot which I call Muskrat as there’s a bunch of nests on the bushes by the shore. 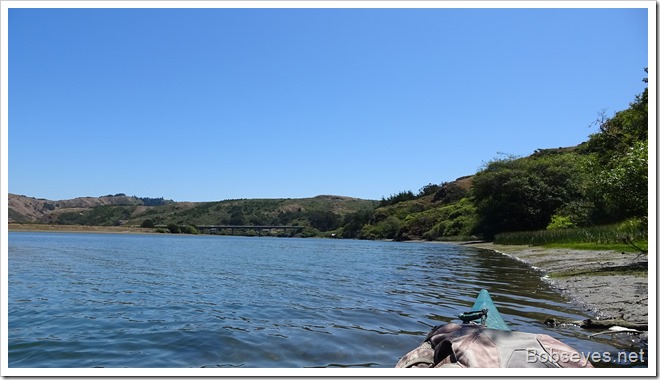 After a bit I continue on up the river to the bridge about a mile above the Jenner boat ramp. 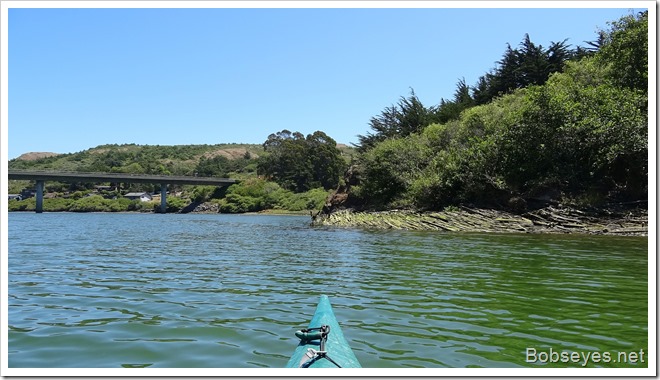 I paddled under the bridge to the other side of the river. 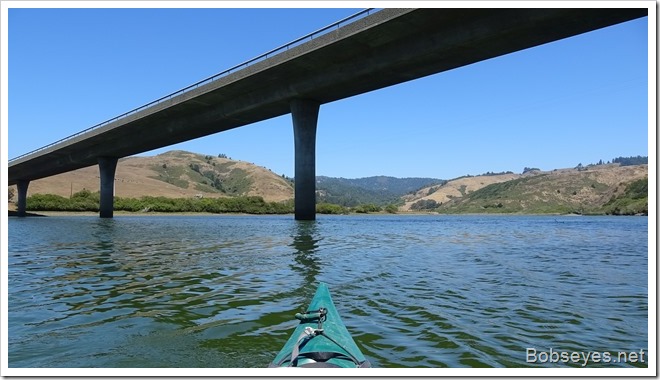 I noticed there are still some swallows nesting under the bridge. 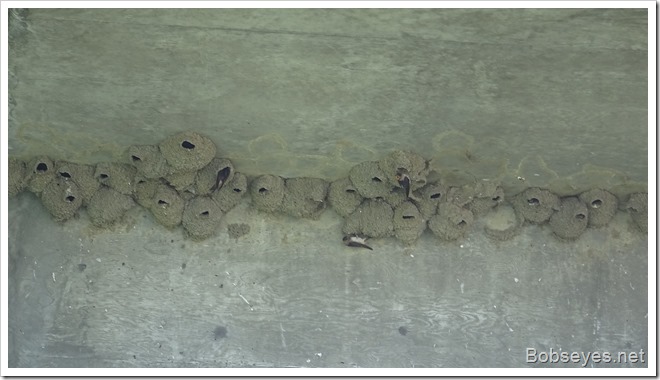 I was sitting under the bridge when Patti and her friend went by. Looks like Patti is getting some help from the wind with her little sail. 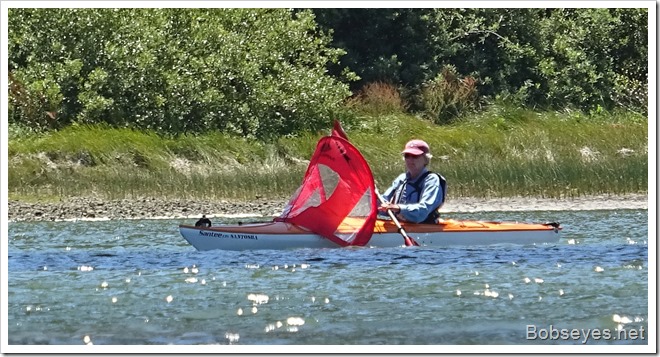 Eventually I headed down the river and went by these brown pelicans that seemed to be bathing in the water. 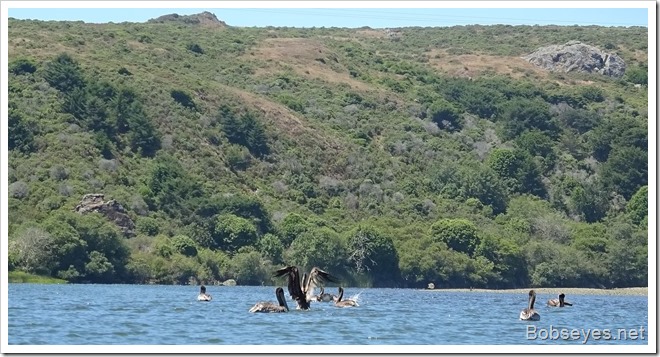 Some of them landed about twenty feet from my boat which makes for good pictures with lots of detail. They were bathing and preening. 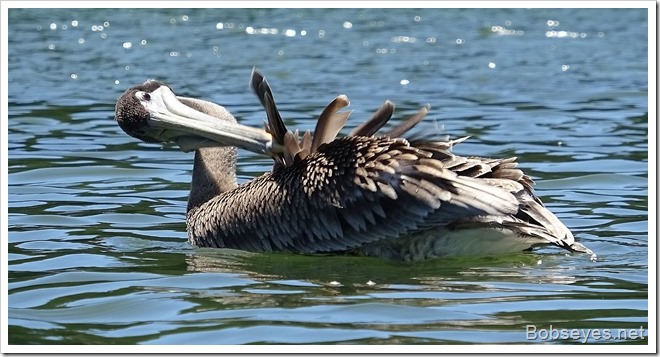 I almost got wet from these two. 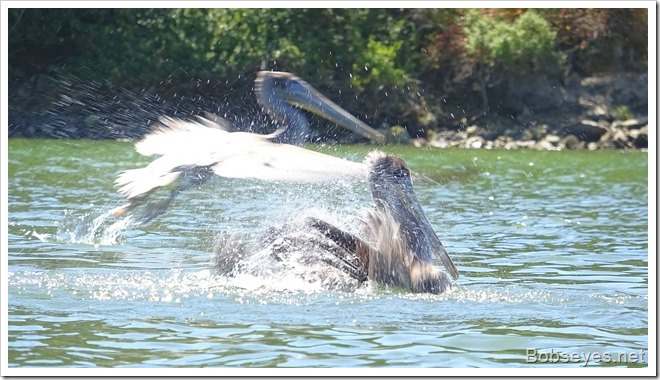 I got pretty close to these three just before they took off. 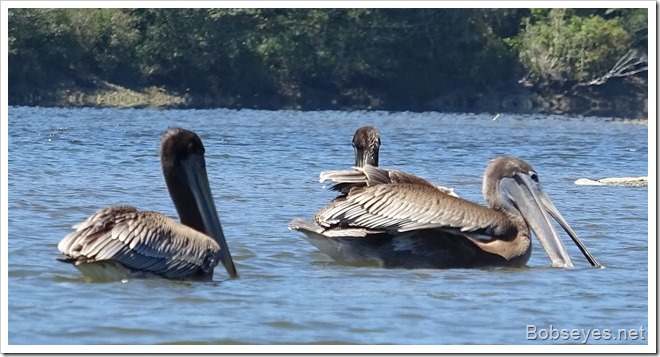 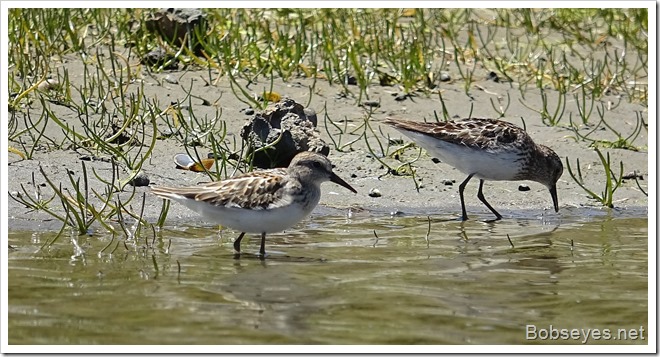 I paddled by this flock of white pelicans as I was headed in to the boat ramp. 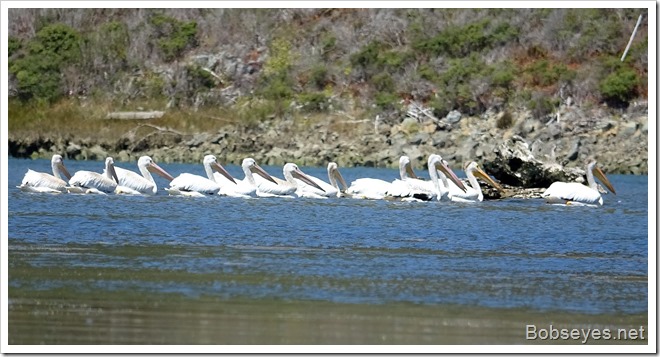 I made it to the boat ramp and went on home for the day.

After a nap I went outside and puttered around doing chicken chores. I moved some more wood chip mulch to the chicken’s mulch area and gave them water and some feed.

I also studied the old smoker to see what I needed to do to get it going. I need to modify the base for it so I’m just figuring out how to do it the easiest.

I also called Western Farm about getting some more chicks. I wanted to know what they had in stock. They have quite a few varieties of chicks right now so I had to do some research to see what I might want. I’m still not sure which to get but I’ll get something. I was thinking of getting about 6 more, but the more I think on it I might as well get about a dozen of them as it’s just as easy as 6.

I’ll have to keep the new chicks in a separate pen until they get big enough to merge with the other ones I already have. I hear sometimes it’s rather difficult to merge them as the larger chickens may not accept the new birds and try to kill them so I might have to work on that a bit, but it’ll be awhile before I’ll have to do that.

(Visited 230 times, 1 visits today)
This entry was posted in Uncategorized and tagged kayaking on the russian river, pelican's. Bookmark the permalink.