What’s That and Visiting With the Hermit

Today seemed like a good day to go up and visit with the Hermit that lives up above the state park by my place.

I drove up through the Redwood state park on this road. 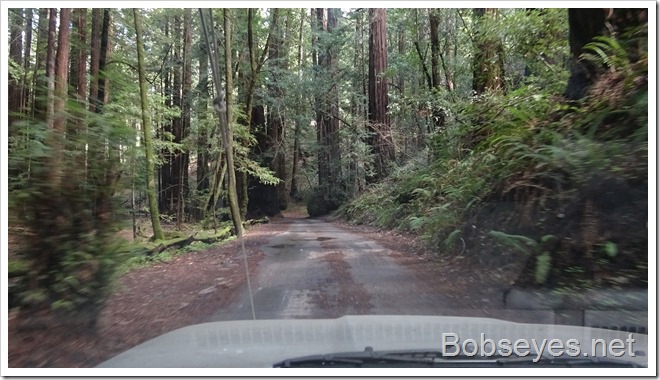 They have this big pile of logs in the picnic area they cut down during the forest fire that they need to get cleaned up as they want to get this park open by Memorial Day. 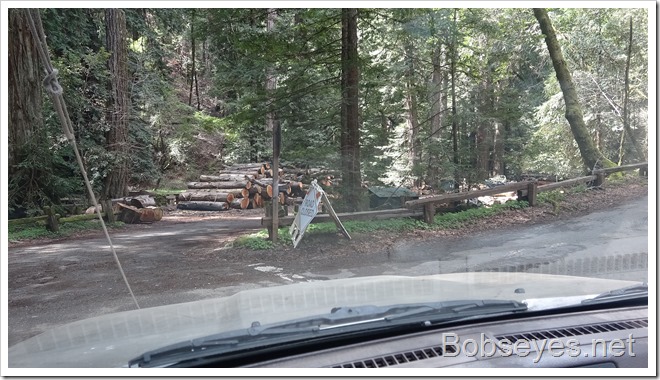 I drove on up the hill headed towards the Hermit’s place. 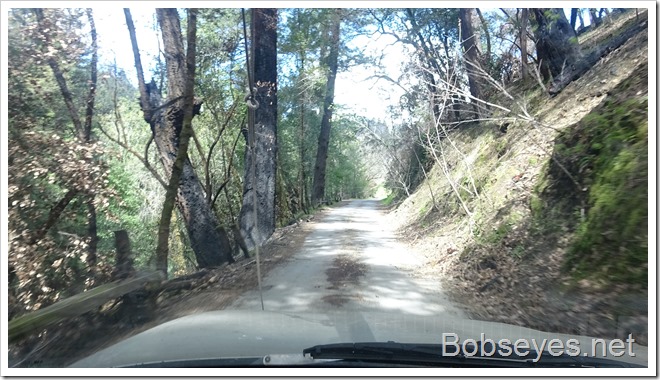 I drove on past the Hermit’s road and continued on about a mile to this place and parked. 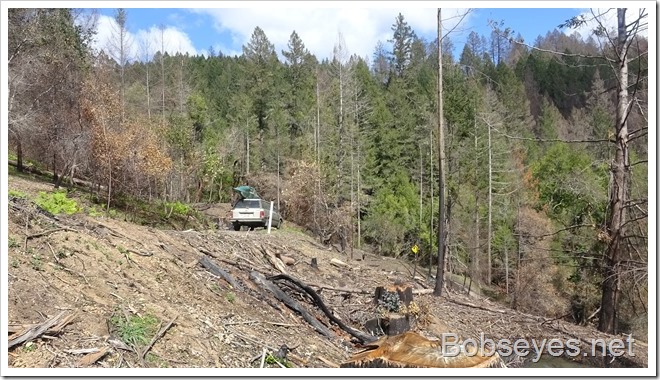 Not the little kid

During the forest fire I saw this thing down there after they cut down the trees and was wondering what it was. There was a little kid lived near here that got mushroom poisoning in the old days and is supposed to be buried here so I thought it might be something to do with that, but nope. 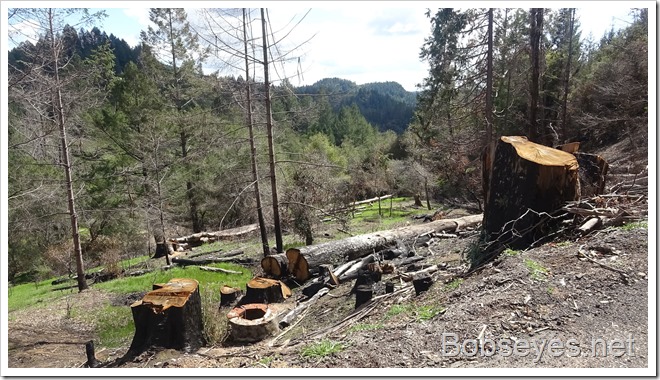 I walked down to check it out noting the water in the hole next to it which was a clue. 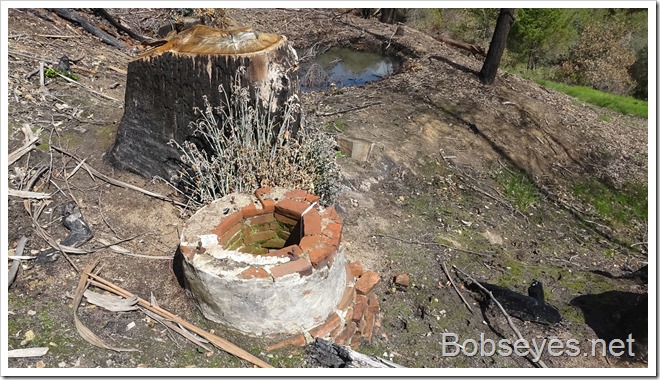 It was full of water so it appears to be an old spring for water and when I saw the Hermit he confirmed that and said there used to be a water tank here too. 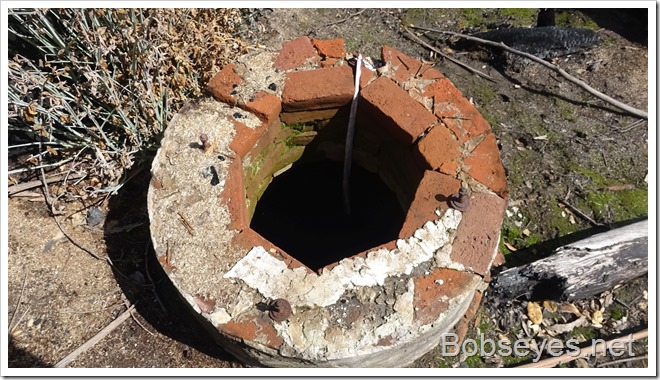 So I drove back down the hill and on up to the Hermit’s house. 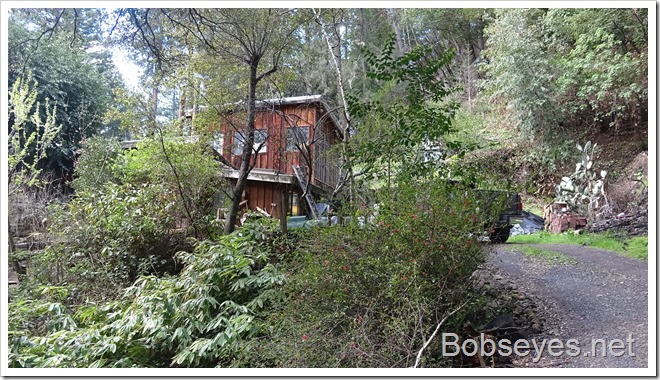 His helper was there working on the water system so I talked with him for a bit then went in to see how the Hermit was doing and we had a good chat.

He’s pretty old and bent over. 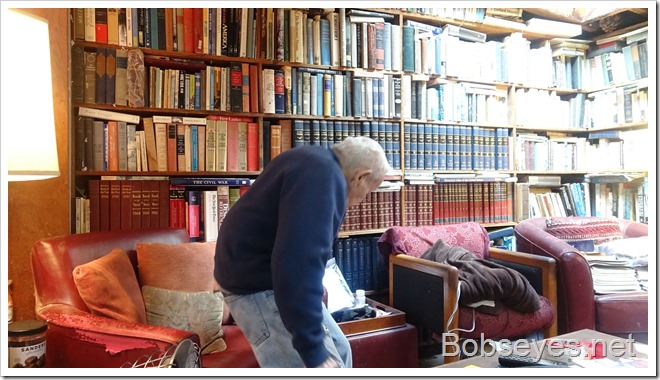 This is of his most favorite cat, E T . 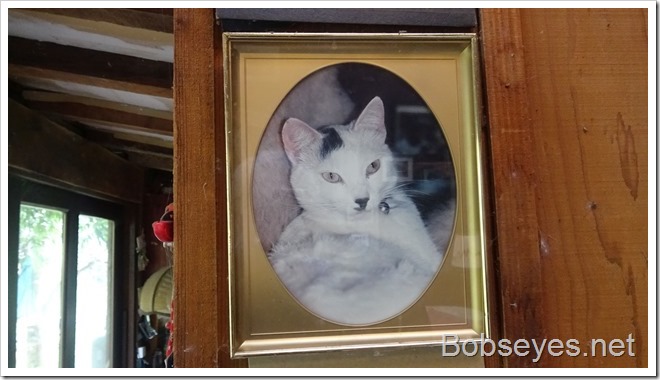 When I saw his eyes starting to droop, I headed down the hill going through here. Nice and green after the recent forest fire. 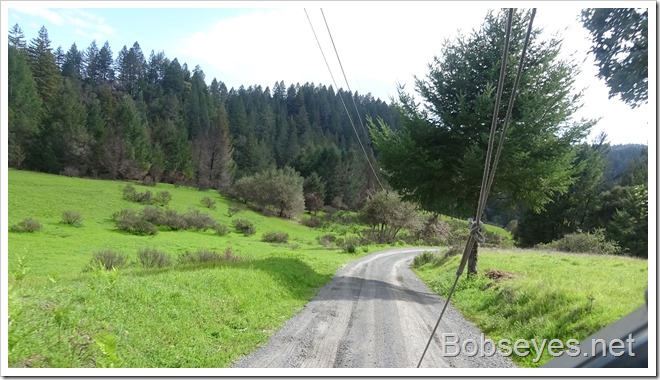 On the way through the park I ran into the state park police guy so stopped and chatted with him for a bit. After the forest fire they all know me now as I met them all during the fire.

I let myself out the gate and drove on home about a quarter mile down the road. 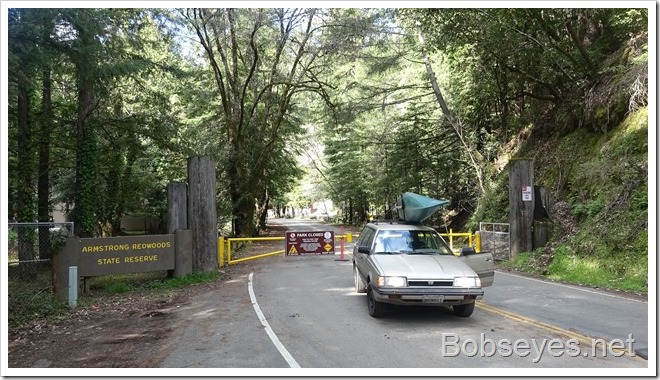 I needed a break when I got home so a nap was in order.

Then I went out and spent the rest of the day sitting around with the chickens.

I did use my shovel and dug up some more of the blackberry vines coming up in my cherry tree orchard. 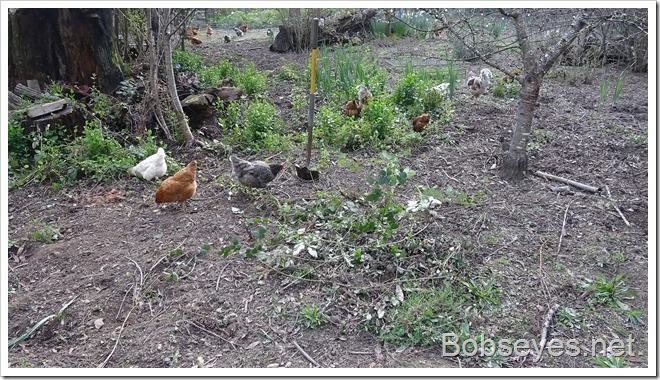 I have a nice easy day for a good one.

1 Response to What’s That and Visiting With the Hermit