Behind the chickens is a chick feeder pen that only the little guys can get through the fence to feed.This is to insure the little guys get enough to eat as the larger ones can sometimes hog the food. Anyway I put some hard boiled eggs and barley bran in there for them. 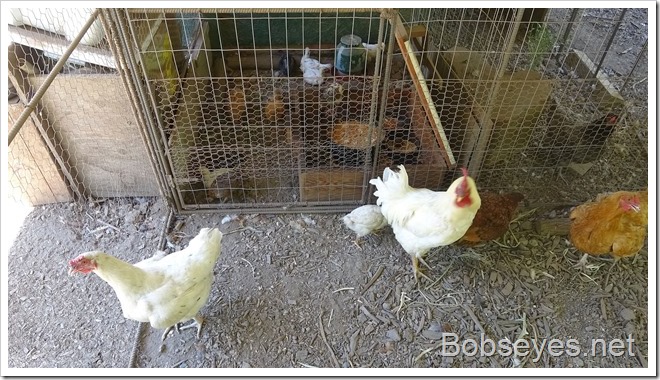 They are hard to see but the apricots on this tree are getting ripe and need picking before the birds get them all. 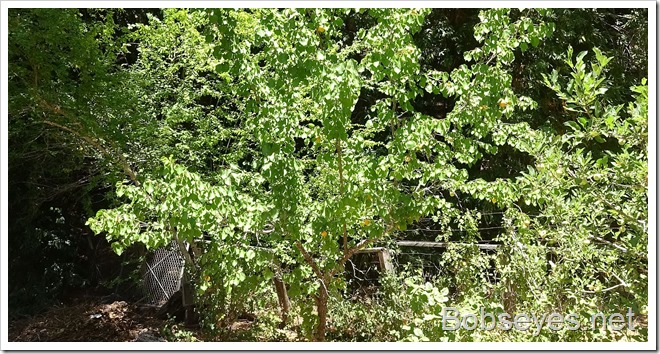 So I picked the ripe ones and gave them to my neighbor. 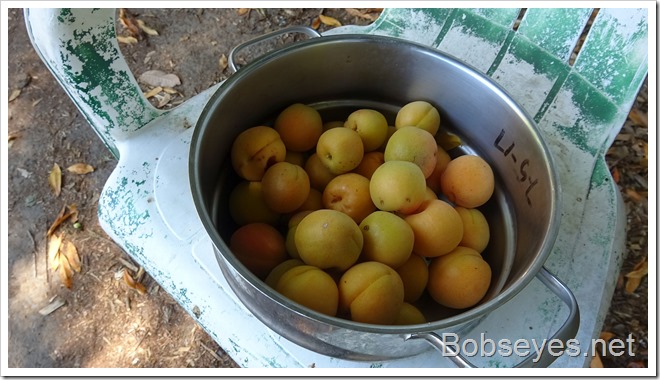 One of the things I wanted to get done today was to pull the jet head out of the old well to install the check valve on the bottom of it that I’d removed to do the sediment removal. 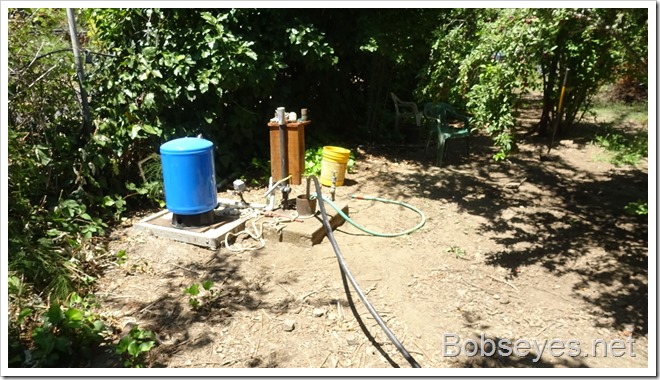 I pulled the 50 feet of hose out of the well. 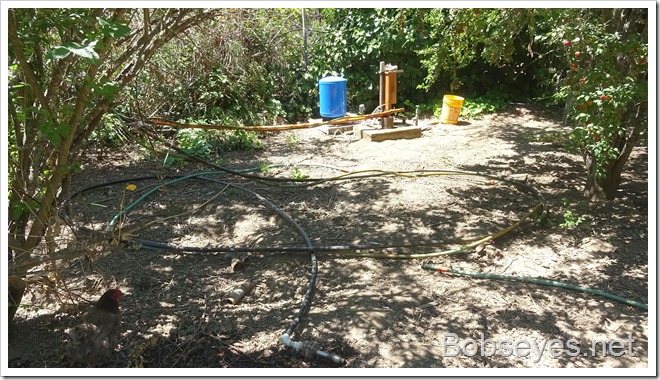 Then I removed this sharp digger part from the jet head pump. I got some of that yucky rust colored stuff on me but it washes off. 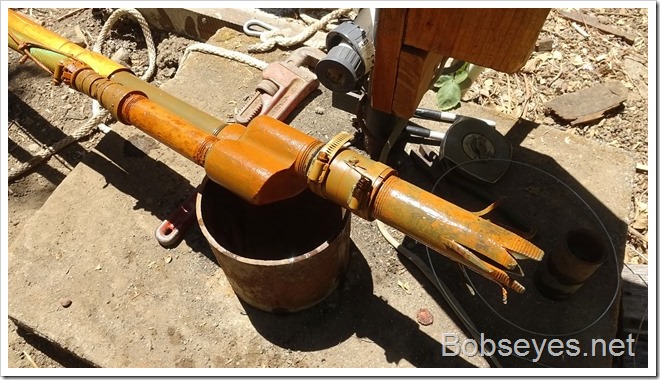 This is the check valve I need to install. 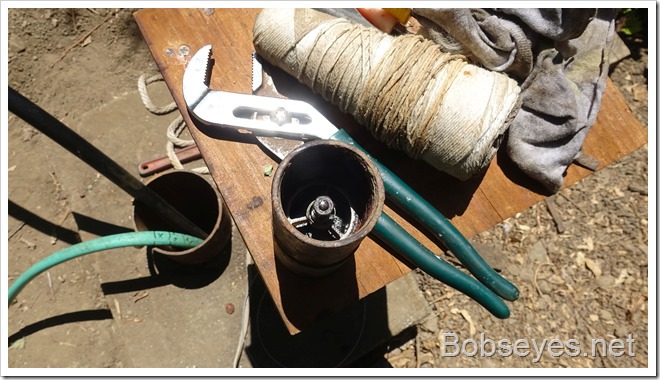 The check valve is installed and ready to be put back down the well. 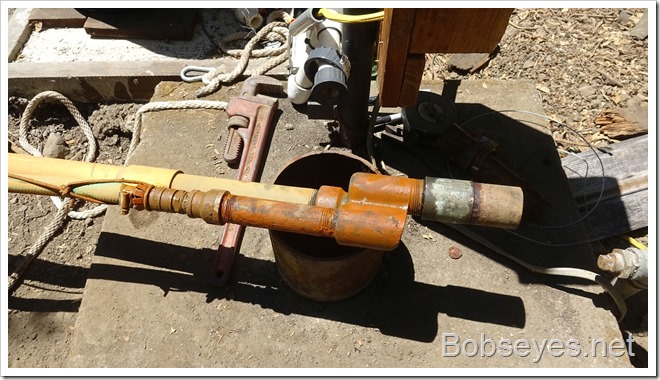 I tested out the water flow with the check valve installed. Lots of water coming out from the well just using the spring water to run the jet pump head. 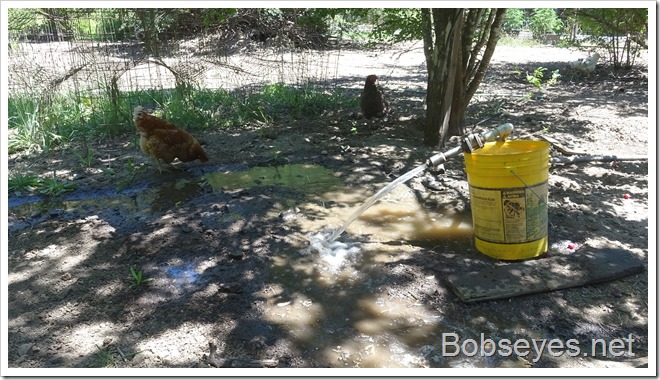 I’ll use that water to run a rain bird to water the yard and continue to clean out the old well that way.

Trail Work in the forest

After the well work I got on the quad runner and rode up into the forest to do some more trail work. On the way I realized I forgot the camera again.

Too hard on the back

I worked on the trail and when I was moving a big rock my back said ouch and let me know I’d have to stop doing that for the day as I was pretty bent over.

That meant I headed on home and put an ice pack on the back for about a half hour. That helped a lot and I was mostly good to go for the rest of the day.

So to take it easy I did some chair hopping around the yard.

I did pull some weeds and gave them to the chickens. 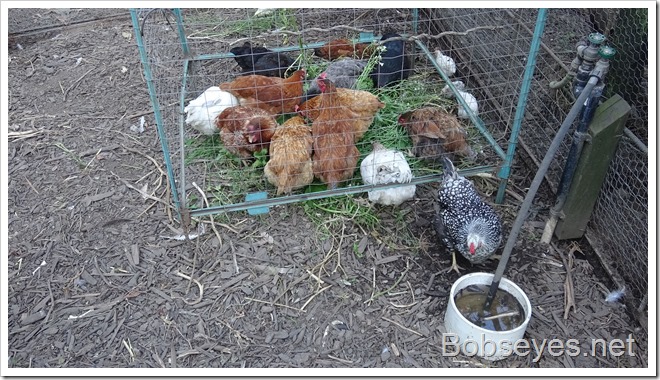 And I ate some of my strawberries. 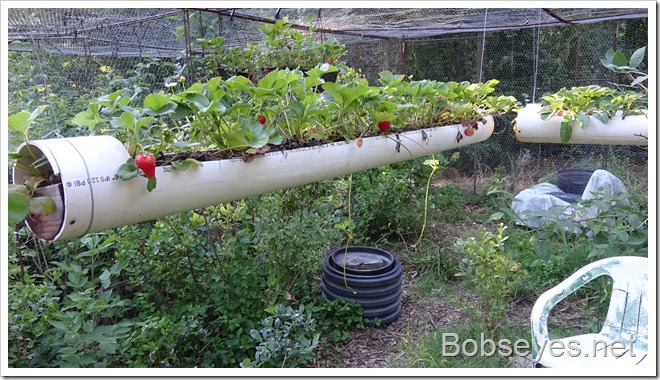 And just before dark I got the loppers out and cut this big blackberry vine out along with some others. 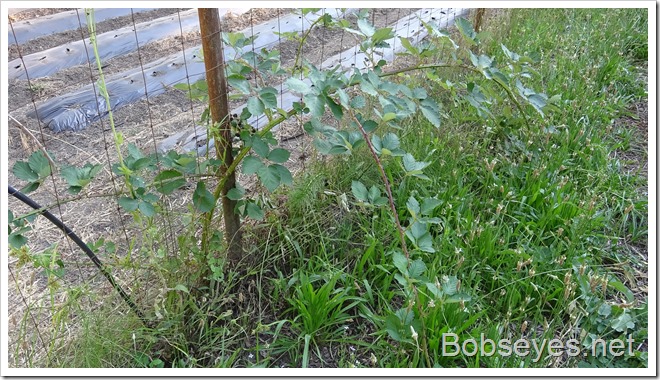 And I trimmed some paths through the raspberry patch cutting down raspberry vines to make the path so now one can get through to eat some berries or pick some.