Well Work and Old Trail Work With the Chainsaw

I went out to tend the chickens when I got it going today. They are waiting for me to give them that scoop of feed on the ground there which I do everyday. 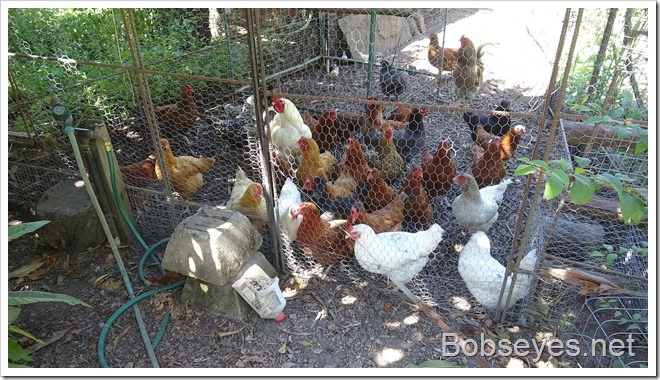 I feed them and check their water. 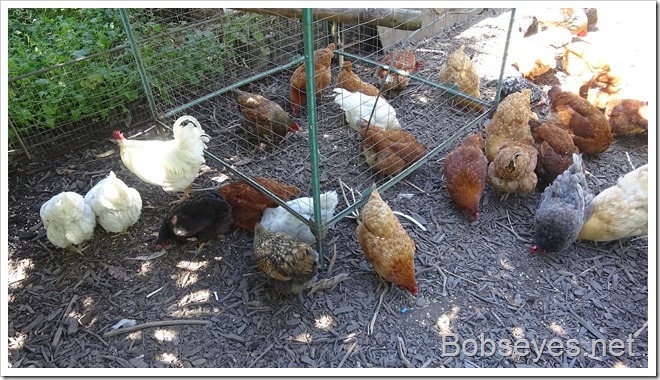 And I also give the little peeps some feed too. 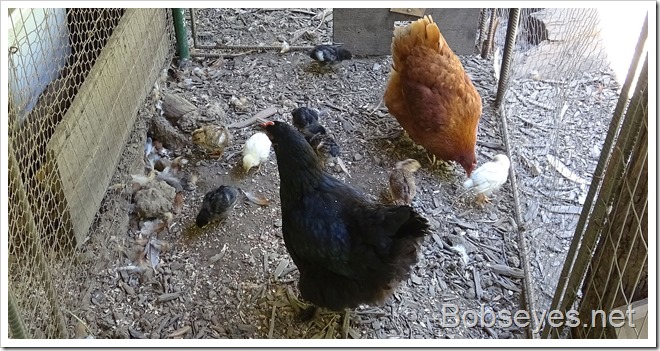 I wanted to measure how much sediment I’ve removed from the old well so I got a long tape and some string with some weights and measured the well depth. 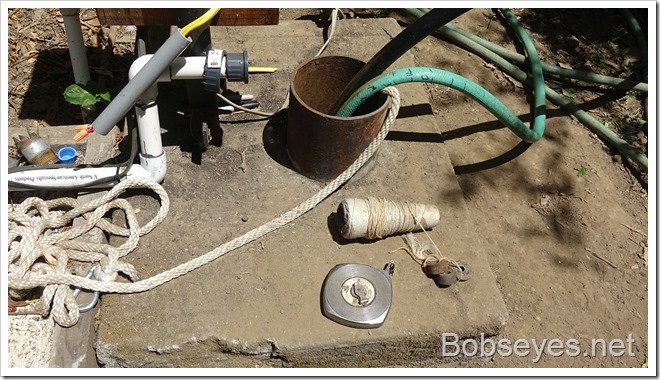 I had to pull the pipe out of the well to get the weight to go to the bottom. It was deeper than I thought at 51 ft. 5 inches, so I’m almost on the bottom of the well. 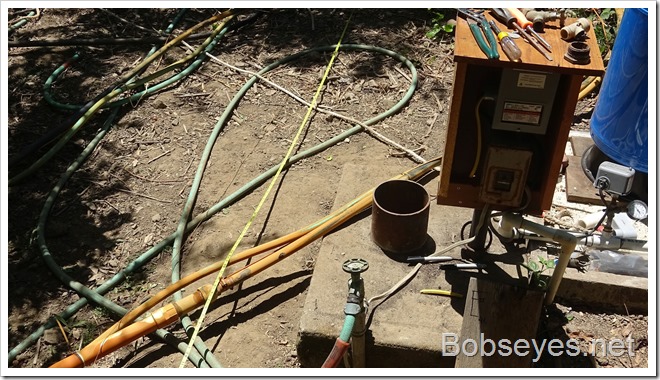 As long as I pulled up the pipe I made this digging head more aggressive by making some more cuts in it. This is my suction device I use to pump out the sediment at the bottom of the old well. 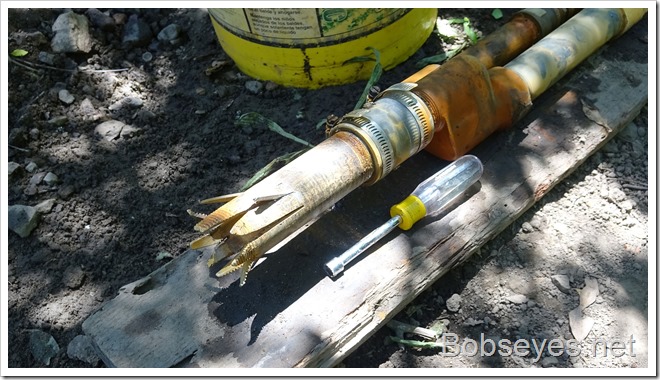 I worked on removing some more sediment for a bit before giving that up for now.

Of course I gather the eggs each day once these girls get off the nests. 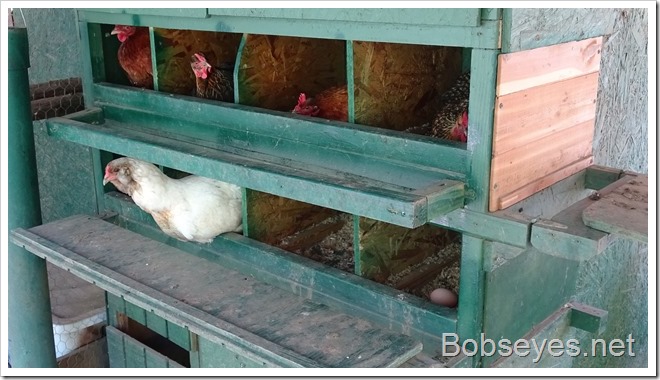 It was a real nice day out as I sat and enjoyed the yard some. 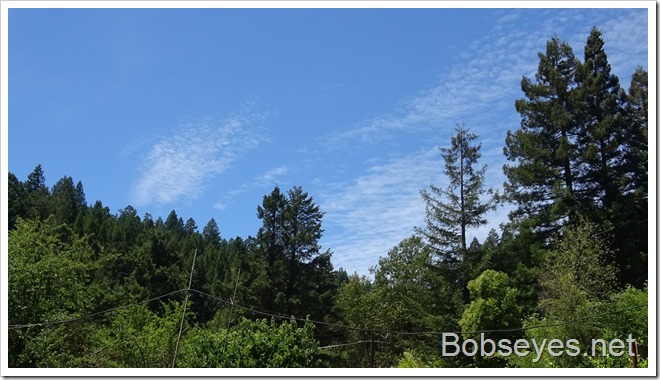 I noticed this western tanager eating some of  my plums. 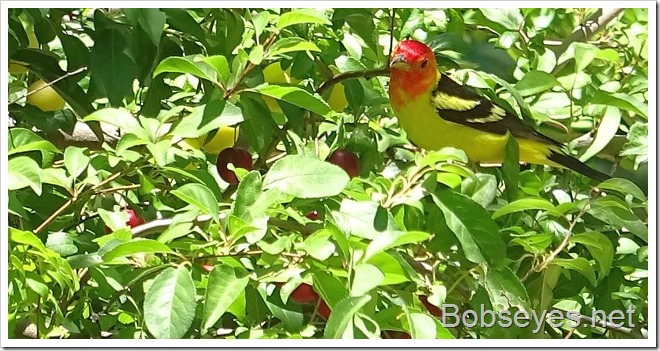 My brother Barry asked me to cut out a tree on the old trail that he thought might bang him on the head as he rode his dirt bike under it so I rode the quad runner up into the hills to look for the low tree as I didn’t know where it was.

I stopped here to do some work on the trail. 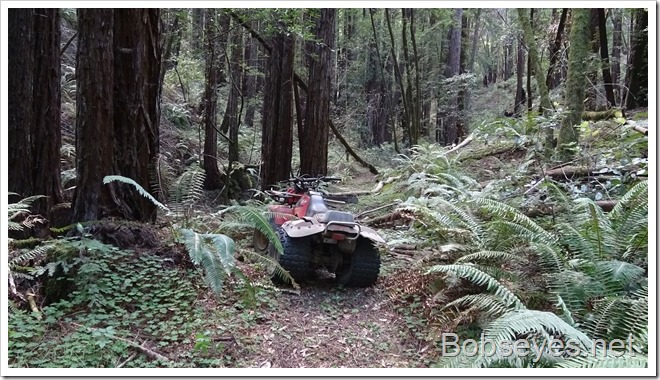 I wasn’t sure of the tree he wanted me to cut. This one maybe so I cut it out of the way. 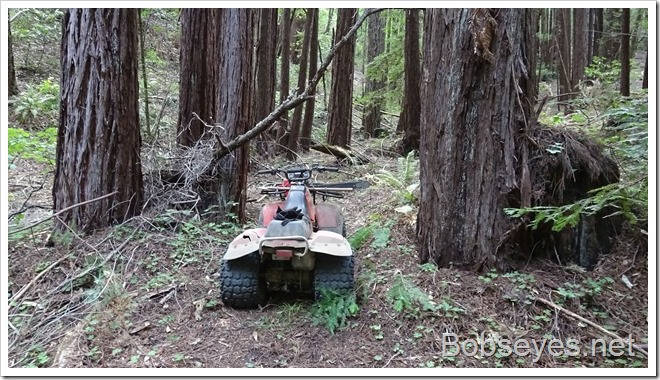 Or maybe this one so I removed it also. 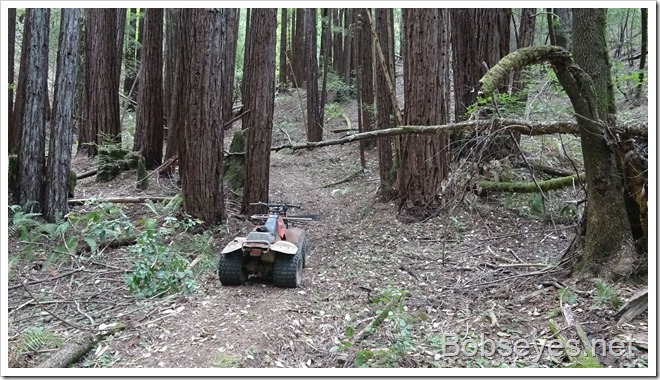 I rode back down the old trail once that was done. 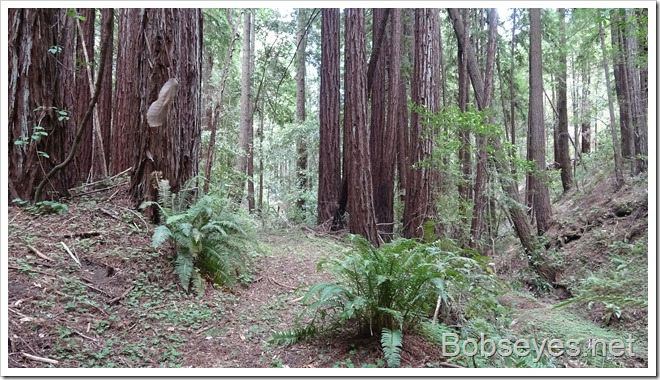 And checked out the tank’s water level which was just a little more than three quarters full which was good. 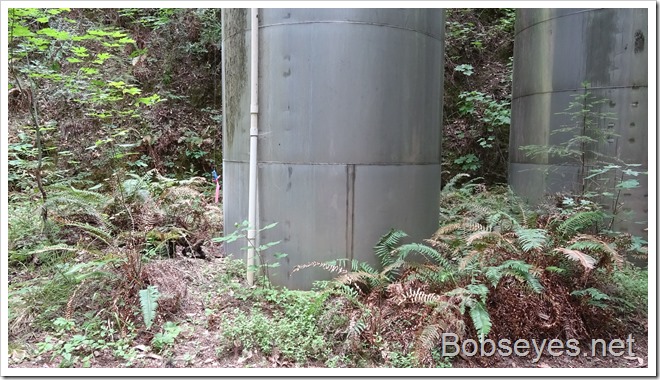 And I made a stop at my brother’s strawberry patch  to make a raid on the berries. It’s in between crops right now but I did find enough to eat some. 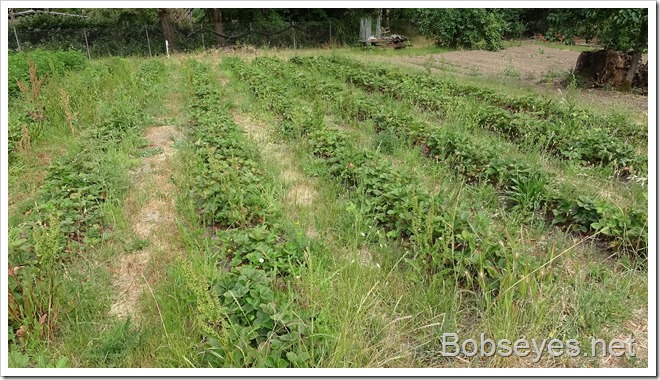