Welding Up Garden Enclosures and An Unexpected Motorcycle Ride

Starting off the day working away

I needed to finish up the painting on my new fence so I attached my new can holder to the can and got it done. Here’s the can with the holder mounted. This device safes your thumb and index finger from being real sore if you do much painting. 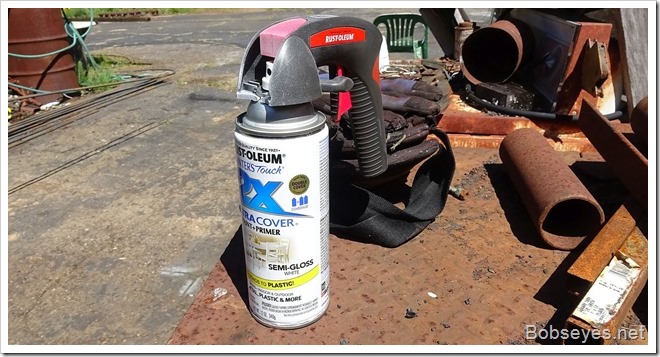 Next I got out my power hand saw and started cutting up rebar to make the pieces to make some garden enclosures and my chicken runs. 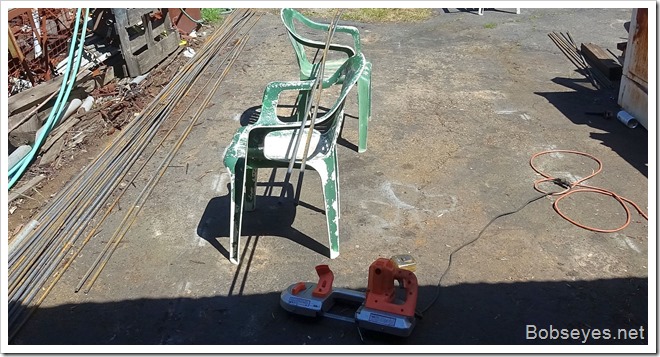 I just got stated welding one of the sides up for an enclosure when I heard a motorcycle come into the yard. 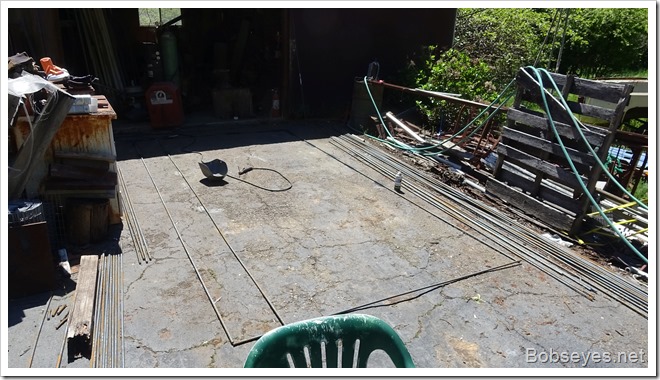 His chain came off

It turned out to be my brother Barry. He said his chain came off up in the hills and he didn’t have any tools, but he got it back on and came down to adjust it which he is doing here. 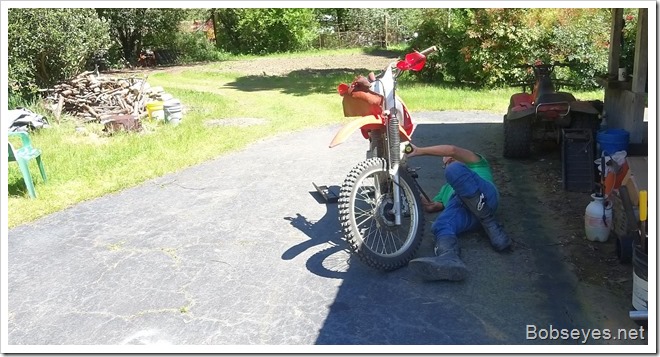 At this point I was sitting around supervising and when he was almost finished I realized I could go on a ride, so I said I’d go with him back up in the hills if he didn’t go in any real steep stuff, so off we went for a couple hours of riding.

I rode my brother Mikes bike to help him keep the battery charged up. We had a nice ride and we mostly stayed out of the steep stuff, but not completely. At the end he asks me if I want to go down this trail I know is real steep at the bottom and I say no, so he says if we take this road we can come out in the middle and go up along the property line and I wouldn’t have to deal with that steep part at the bottom, so I say ok, let’s go and off we went, me following him.

That was quite a ride

Well, that road was just about as steep as the piece on the bottom. I kept the throttle on as much as I could and still stay on the road and bounced from one side to the other a bunch of times, but I made it to the top without falling over. Barry was at the top with a big smile on his face.

The bike performed well, except it has too  much air in the tires and they tend to ride out on you so you have to watch it. Next time I will lower the tire pressure before I go. They seem to perform best around 2 and a half PSI, but the other guys seem to think they need more air so they kept putting more in and wonder why the bike gets squirrelly.

We headed on home from there and I was pretty beat from the ride so I had a rest for a bit.

I wasn’t feeling like working on the enclosures much, so I did some chair hopping.

Got back to work

But finally I got into the work again and completed welding up this one and got another one almost done. 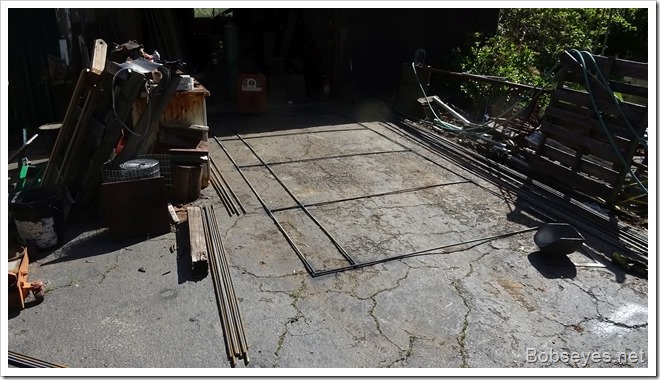 I worked until almost dark then sat around for a bit enjoying the evening.