We Crab at the Port Orford Harbor

Steve’s lady friend Mary came by last night so Steve wanted to go crabbing today. He said to meet him down at the harbor around 1:30pm so I did.

The ocean was calm today with very little wind so lots of fishing boats were out fishing and some of them were coming in for the day with their catch which they unloaded at the fish buyers. 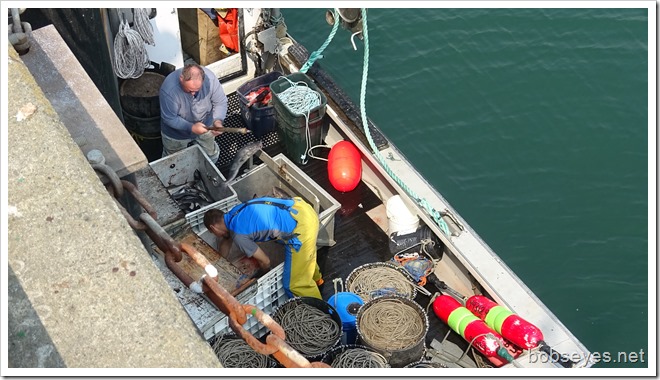 Steve uses chicken for bait in his crab traps which seems to work real good. Here’s his first pull up with a couple small crab in it which had to be thrown back into the ocean to grow larger. 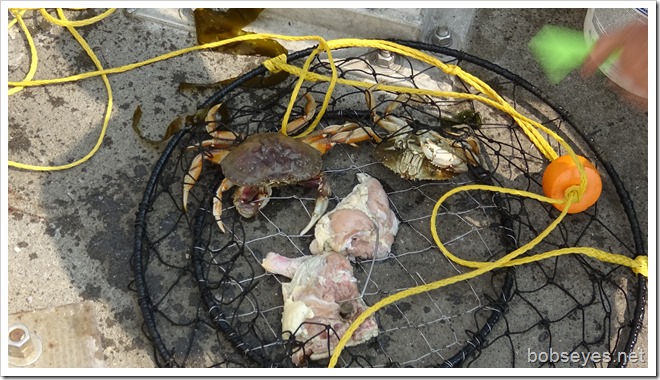 Some kind of cod

Here’s some more of the catch from the boat. 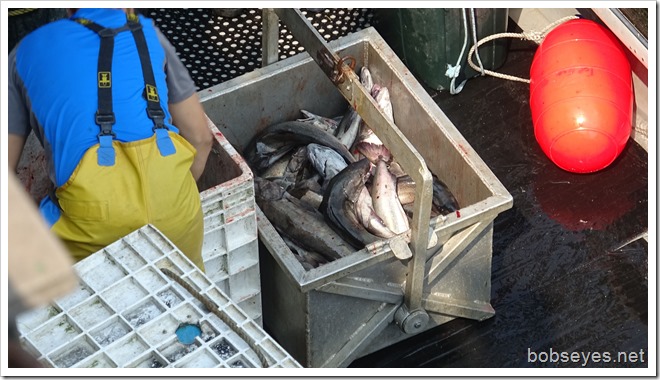 This is another one of Steve’s traps for the crab. I think he has some keepers in this bunch. 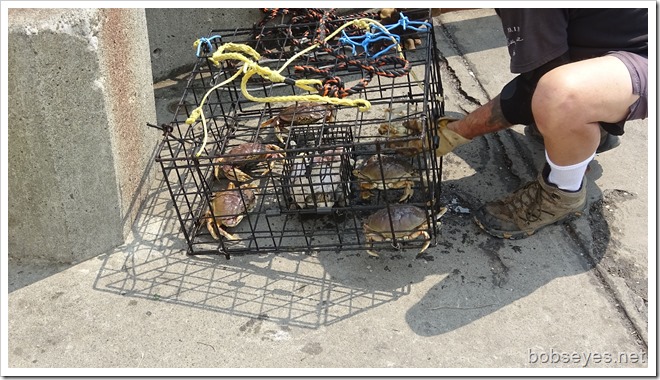 I saw this lady taking samples from some of the fresh fish the boats were bringing in. She works for the Oregon fish and game and cuts a little bone sample out of each fish that tells how old each fish is and weights them and measures them. 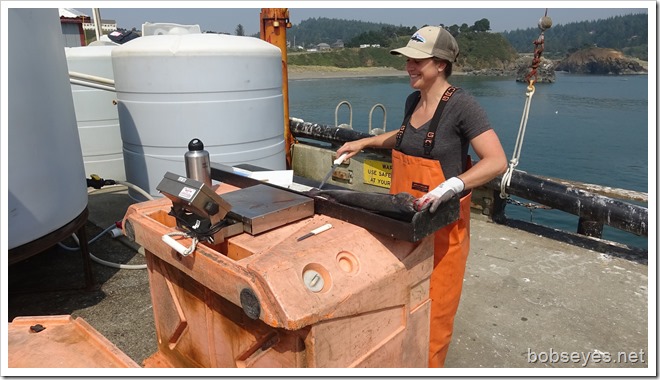 I think Steve has about half his limit so far in the bucket. Limit is 8 male crabs. 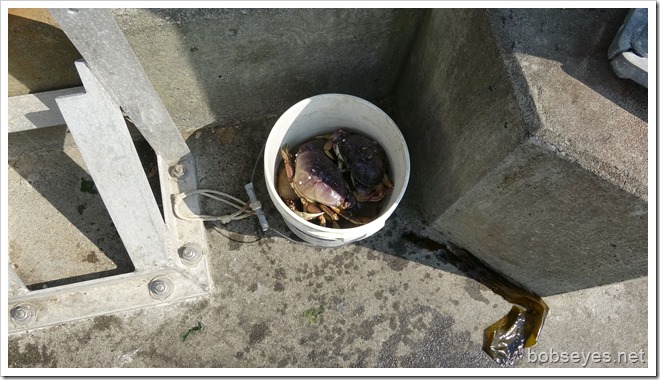 Another boat came in to unload it’s catch. 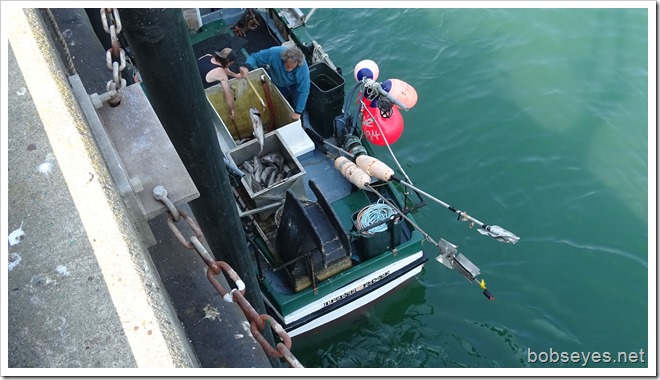 This is the top side where the fish are hauled up to and put on ice by the buyers. 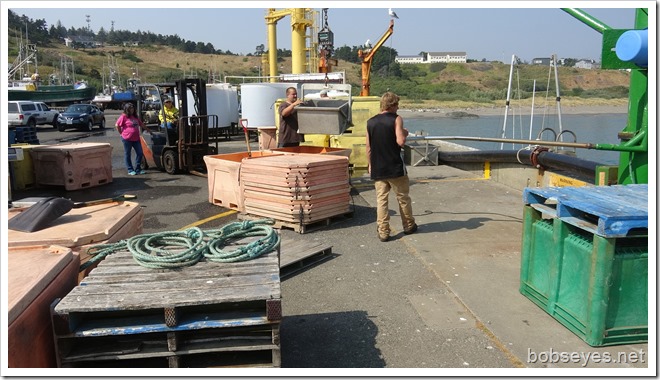 The boat cranes were busy hauling boats in and out of the water all day. 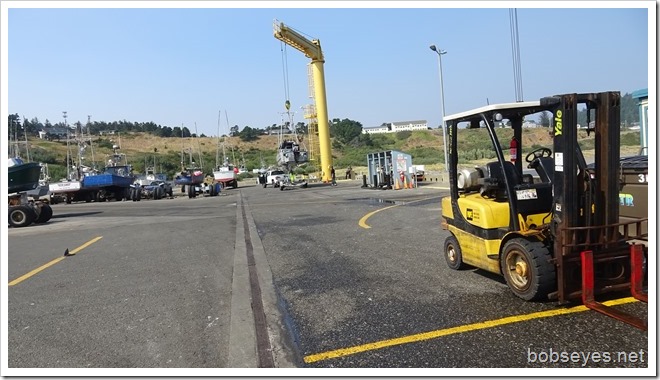 One of fishing boats wife’s pointed out this harbor seal to me. It’s a female that hangs around for hand outs and does real well. 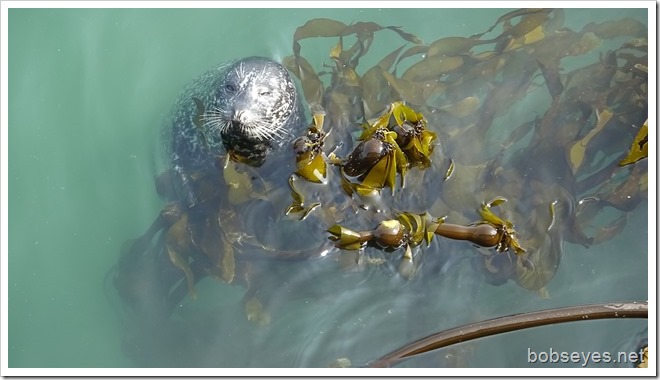 This is one of the other fish buying areas where they were sorting live fish for the market. 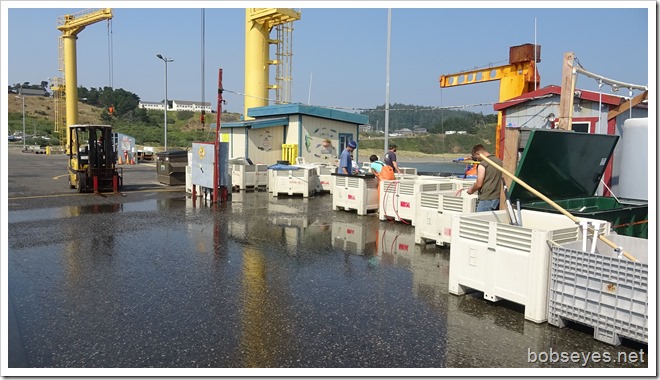 Cooked up those crab

Steve had his limit in a couple hours so we went home and cooked them up for dinner.

1 Response to We Crab at the Port Orford Harbor