We Attended the Congress Extreme Rock Climb At Bagdad

On Off and On Again

Yesterday morning I was up at ten, but Marty soon informed me that I needed to set my clock ahead, so I’m finally on the right time zone as I was an hour off.

He pulled his jeep up on the slab next to my van as he needed to check all the nuts and bolts under it to make sure they were all tight. I supervised him for about an hour as he grunted and groaned pulling on his wrenches. 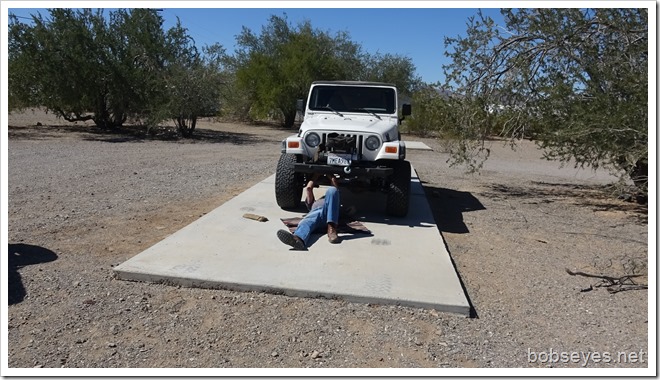 Around noon I drove over to a place called RVLife to look at their LED ceiling lights as my old van has one that needs to be replaced. After checking out what they had, I decided to use what I have as I think I can find something better and what I have at least works.

On the way back home, I explored around Quartzsite some and then returned to Marty’s place.

I napped and did some reading for the rest of the day. That night we made plans to go to a rock climbing event that was supposed to be in Congress. We planned to leave for Congress at nine the next morning.

Rock climb is off

Marty and I were on the road as planned at nine and almost to Congress when Marty’s phone rang. His wife Patti informed him that the guys we knew that were ahead of us said there was no rock climb at Congress, they must have gotten the wrong day, so we turned the Jeep around and started back towards home.

About two miles down the road, Marty saw a dirt side road which he turned onto to explore a bit.

Rock climb is on

While jeeping around a loop exploring the phone rang again. The guys had checked at the store in Congress and found out they had moved the rock climb to Bagdad and they were headed there.

Since we’d only gone a couple miles down the road when we decided to explore we headed back to the highway and headed for Congress to find the road that went to Bagdad.

It’s a ways to Bagdad. When we arrived in Bagdad there were no signs telling where the rock climb was so we stopped to ask a guy at a gas station. He directed us up a road I’d been on a couple years ago when the cops got me in Bagdad.

We found the spot and were directed where to park, quite a distance to the rock climb area about noon.

Walking up the trail

We walked up this trail before we got to a shuttle that took us the last distance to the rock climbing area. 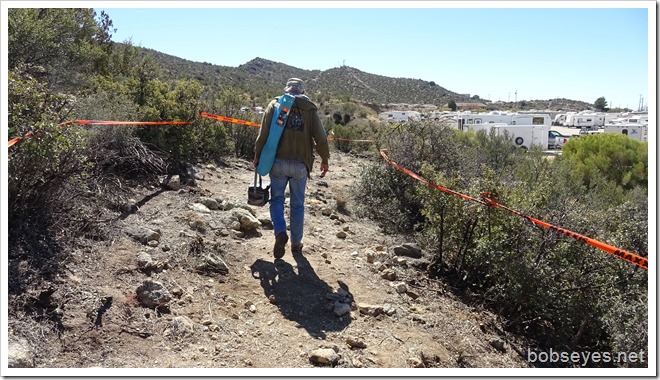 This is the rig that took us up here and there’s Marty getting off. 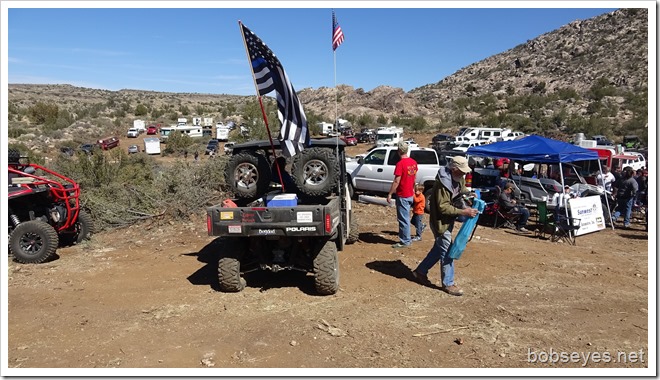 We were looking for our friends so I was walking around looking.

Here’s part of the spectators and the climb is on the rocks to the right. Those are parked rigs there. 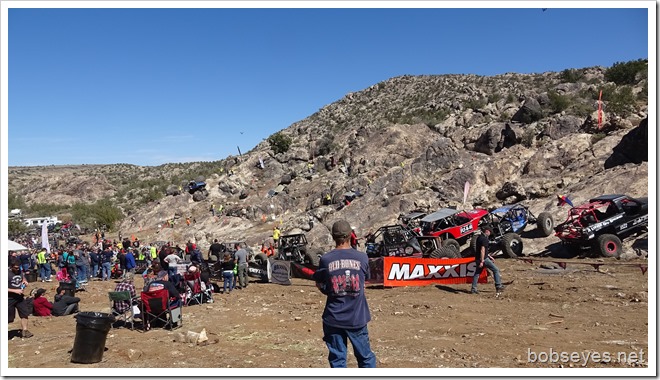 I was checking these guys out watching them going up the rough rocky rocks.

This rig looks like it might be broken, but it is not. It has to go up a predetermined route and not hit any cones or they lose points. 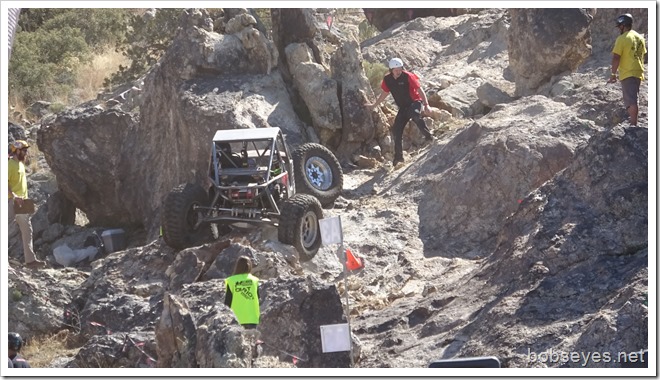 This one is coming right down through those big rocks, right over them. 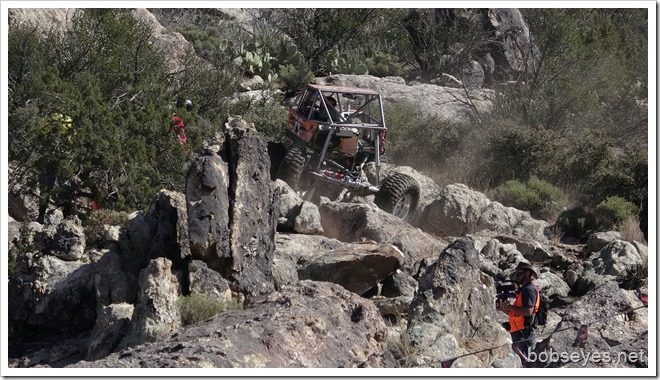 Eventually one of our friends found us so we set up our chairs by them and watched the rigs.

The whole time there were several rigs on the slopes in front of us showing what they can do. 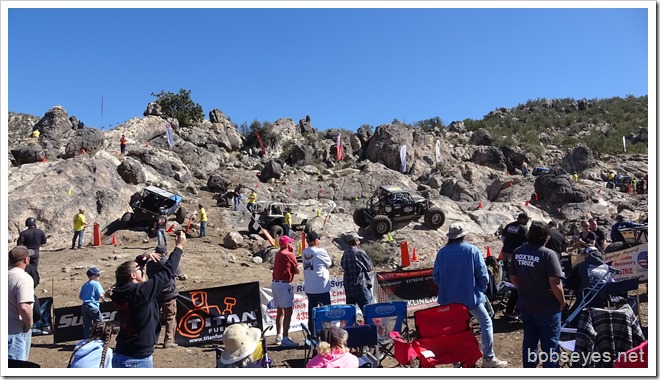 This guy is coming down. 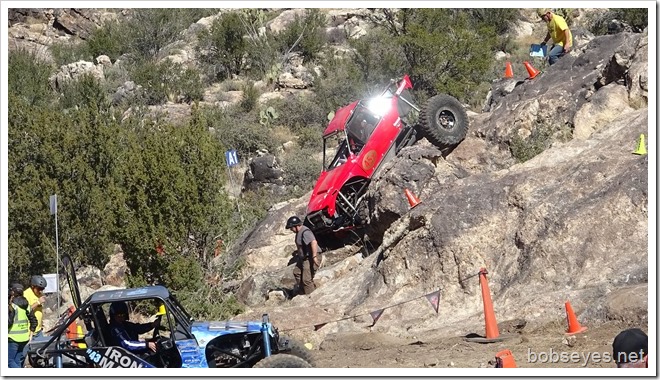 This guy is going up. Some rigs have back wheels  that steer so they can get around more stuff. 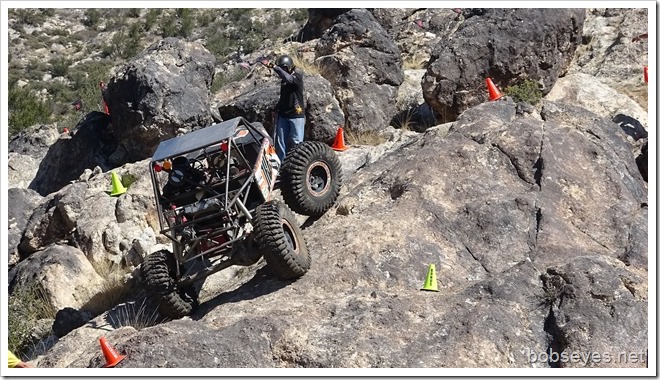 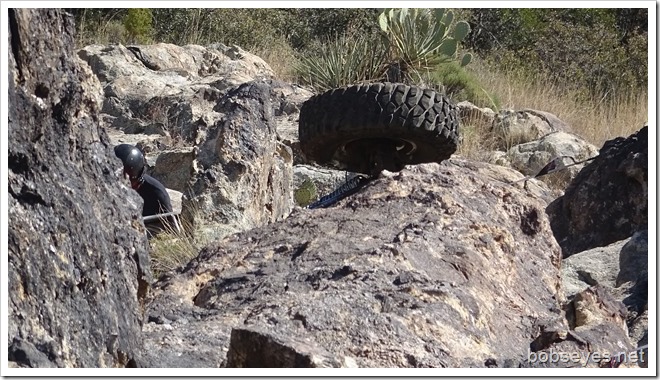 Here’s one going up and around this turn. The one on it’s side is to the left behind the rocks there. 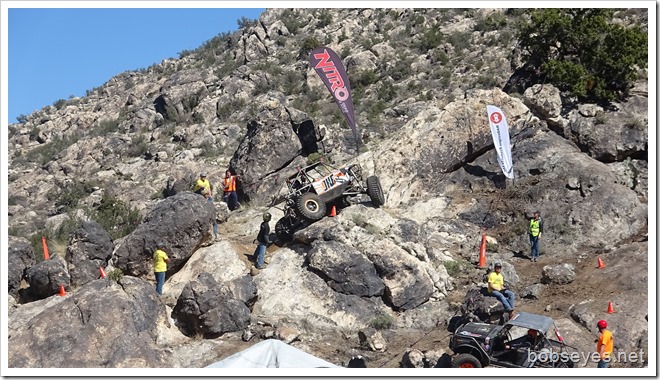 The one that rolled over looks like this from this angle. They had a hard time getting it righted and out from the big rocks. 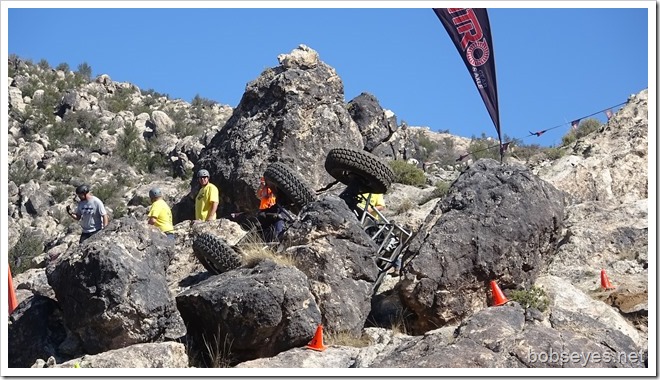 They moved this one up with a winch to right the one on the left which took some time to get out of there. 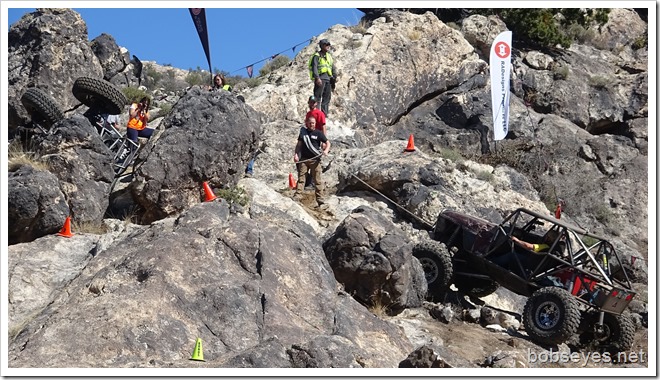 Once they got the rig upright again, they worked on getting the engine started than the guy drove it down almost turning it over again.

You can see the trail these guys were coming down on one of the higher up trails. 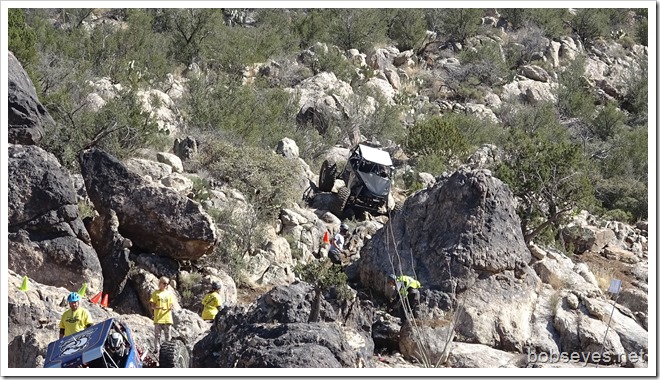 Three wheels will do

This one broke one of it’s rear axles. But nothing stops him. He backed it up to get up the hill to this spot and completed the climb. 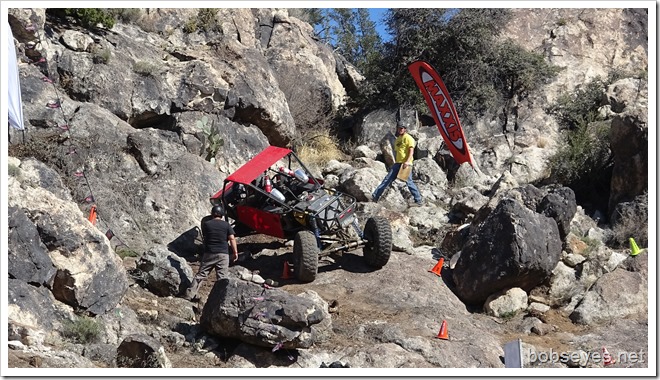 Here’s the guy with the broken rear axle coming down the hill on the prescribed course. He had three wheel drive. 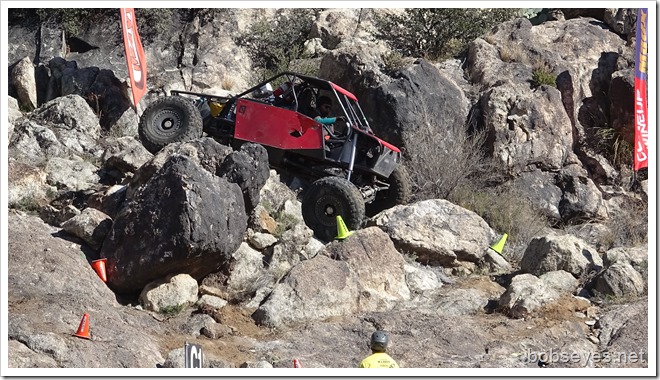 Most of the time there were one or two of these drones taking pictures of the event flying around above us. 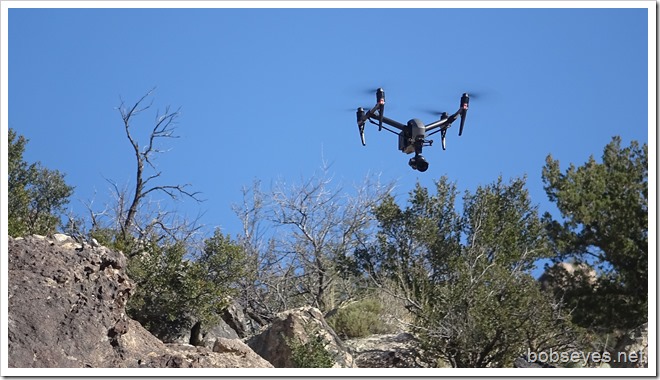 We left about three just before it was over and headed out. I had Marty take a different road back to Congress. We went down the Date Creek Road that goes by this big rock that is painted like a big skull and soon arrived back in Congress. 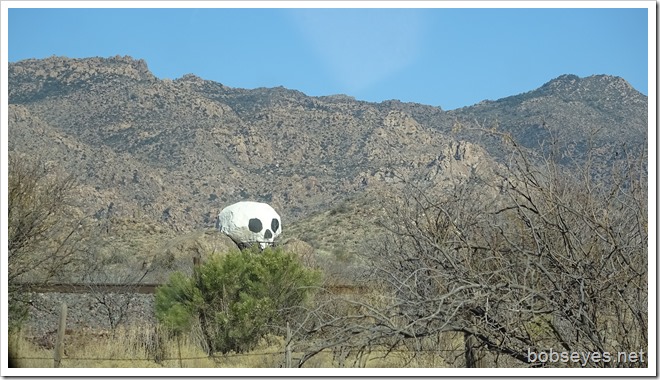 We hit the paved roads at Congress and continued on back to Marty’s place and got back around 6PM.

The plan for tomorrow is to head to Palm Canyon in the KOFA just south of here off highway 95 where I will spend a few days hiking around the area, so no internet until I get back Wednesday or Thursday.

I’ll try to post this on the way out of town.

Lucky me the Q library had internet on weekends. Headed out to the KOFA maybe to skull rock for a few days.