I forgot and left the water running all night. I’d turned on a faucet to put some water on a plant in the evening and forgot about it so it ran all night which is ok, except it tends to run the water level down in our tanks as there’s only a certain amount of water collected from the springs each day.

That meant I needed to go up and see how bad the tanks were down in water.

So I cranked up the dirt bike and rode on up there to see.

Down but not bad

The pink ribbon on the side of the tank shows the water level is  just below half full. That’s ok but I’ll have to keep an eye on it to  make sure it fills back up. There’s five houses and my brother’s big garden using it. 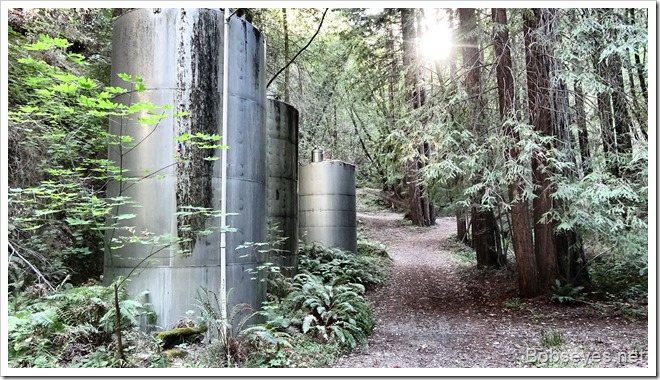 As long as I was on the dirt bike I took off up into the hills on this road for a short ride. 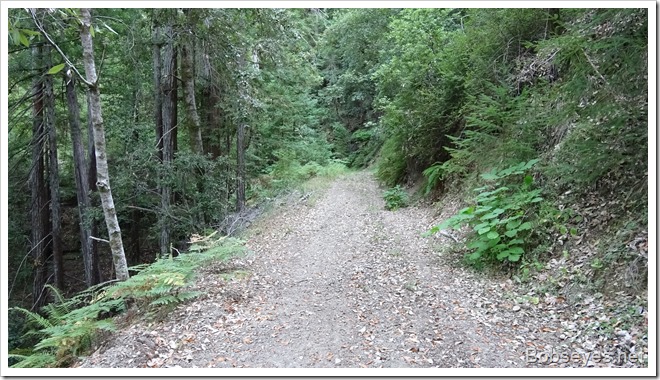 On up through this road moving right along. 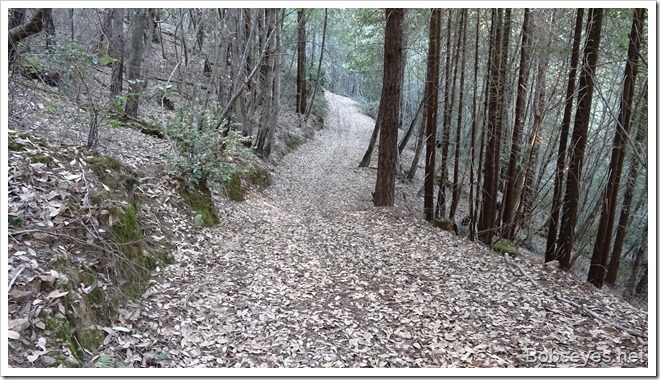 Coming back down the hill I rode on through this spot. 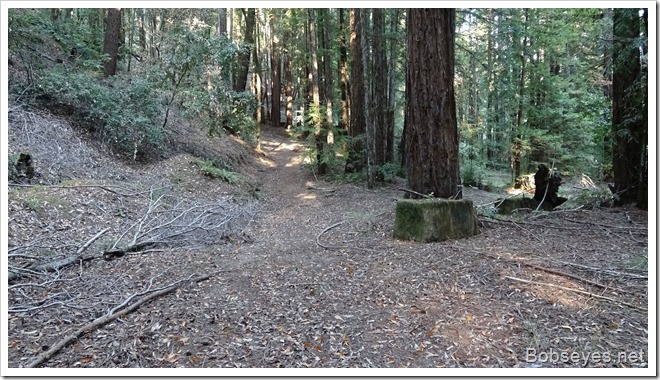 And stopped at one of my brother Tom’s gardens to see what I could find to eat. 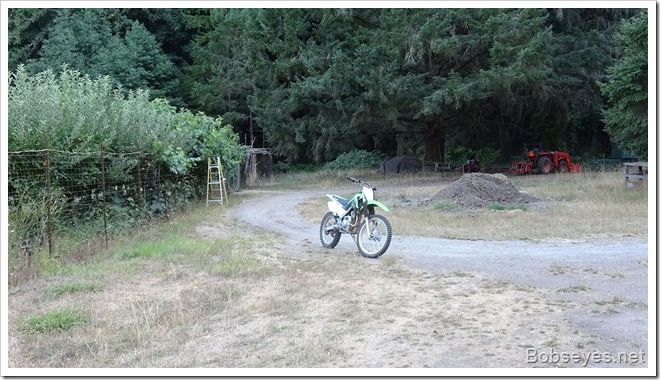 I had one of these big plums and took two for the road. 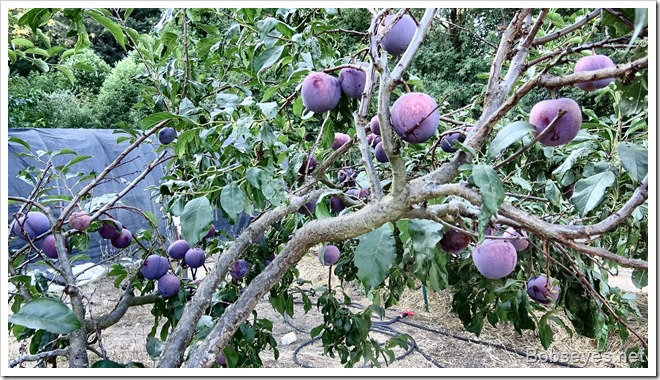 And then headed to the strawberry patch which is overgrown with weeds but that’s ok. 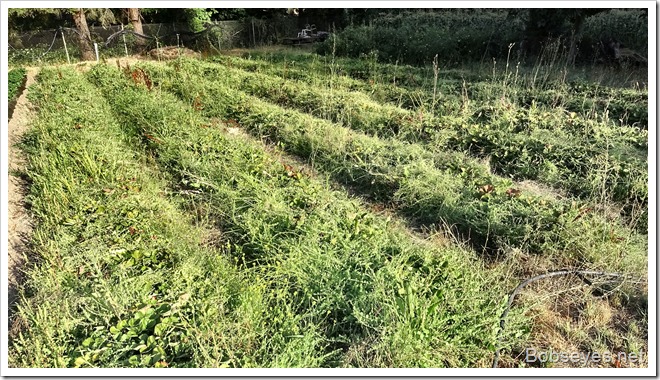 One just has to dig in the weeds to find the berries. Yummy. 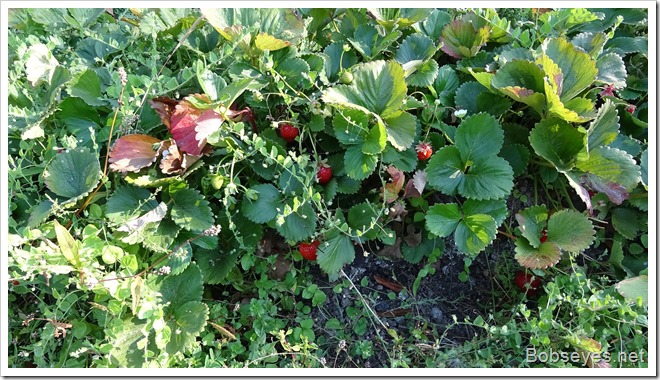 On the way out I checked on the Asian pears but it’s still too early for them. 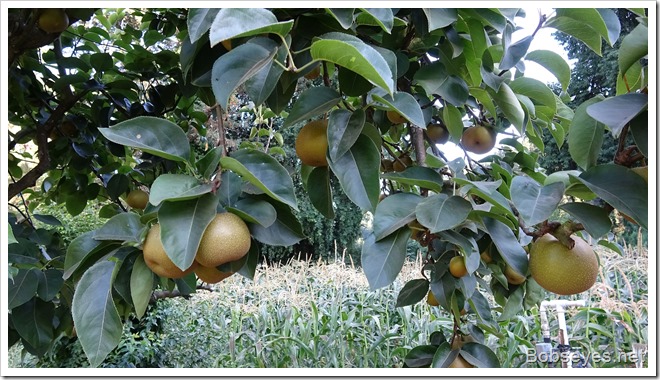 And I went by here. My brother has planted a bunch of potatoes in there and they are just starting to come up. 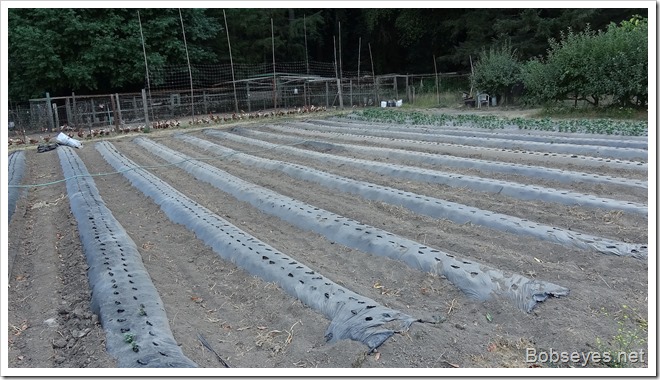 Once home I napped for quite some time and then went out to do some fertilizing.

My plan was to get ta bucket of chicken poo from the chicken coup which I did. I took it into the raspberry patch to fertilize the plants. 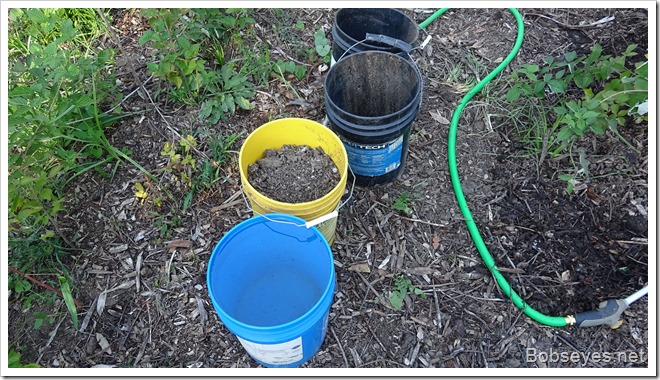 My plan was to put about an inch of chicken poo into two buckets and then fill them with water. I went around and dumped some of the water on each of the raspberry plants and got most of them except for a few which I’ll get tomorrow. 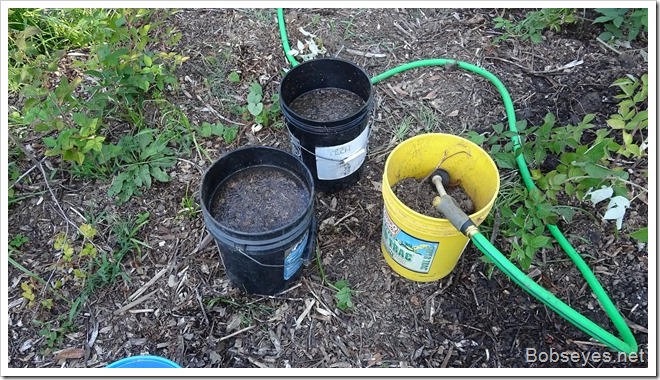 I also went over to where my new citrus trees are planted and put some fertilizer on each of the two trees. 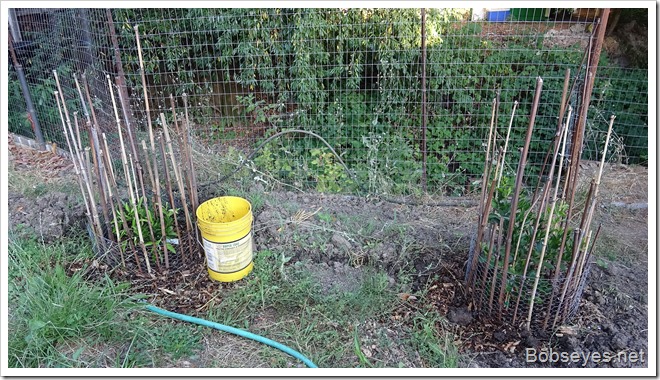 The small trees have some growing to do before I’ll get any fruit so I need to get them going. There’s lots of new leaves coming out on them. They are two different types of mandarins. 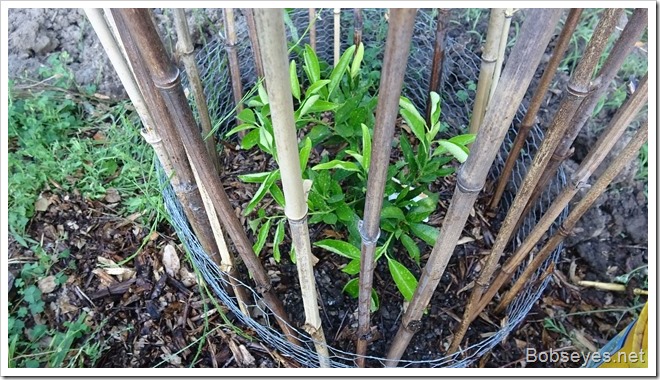 It was a nice evening out so I chair hopped and puttered around the yard until it started to get dark.