Warm clothes for a cool day

I knew it would be cool at Jenner today, so I put on the warm shirts and drove on down there.

I put the boat in the water and crossed over to Penny Island and decided to go up river a ways. 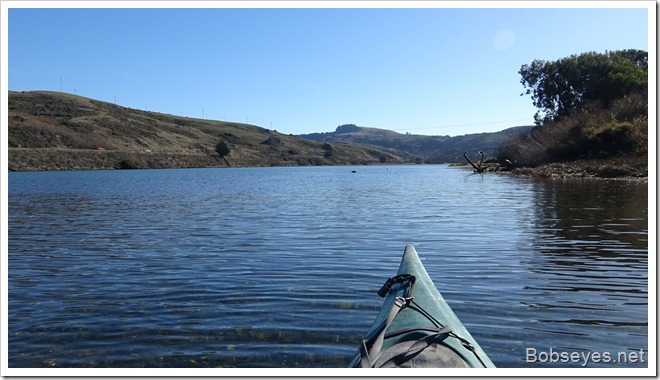 What are these guys up too

Just past the island I ran into some harbor seals doing something in the water. 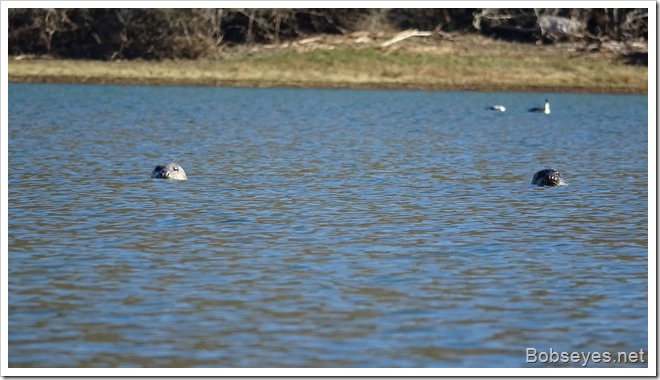 So I pulled into this spot to watch them as I figured they had some big fish. 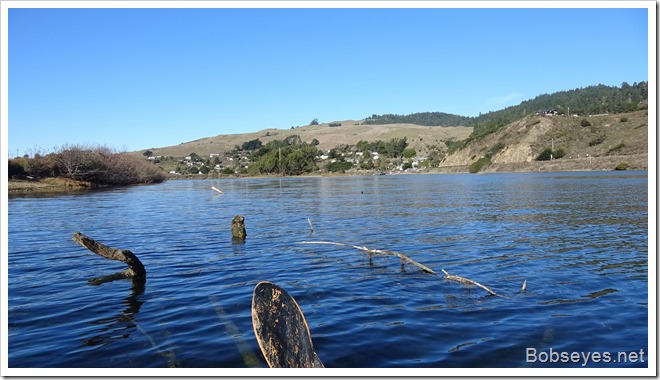 This one looked a bit strange when I realized that was a big fish tail there. 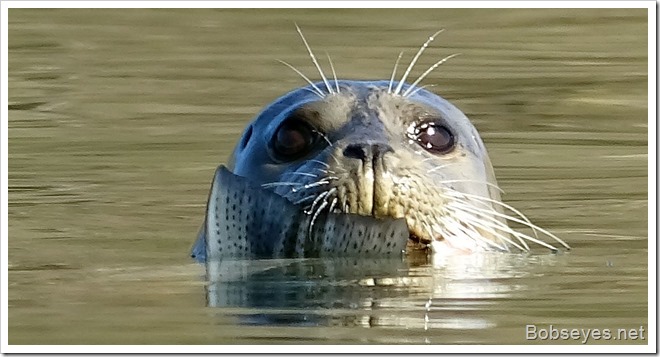 So I sat and watched as they devoured the big fish. 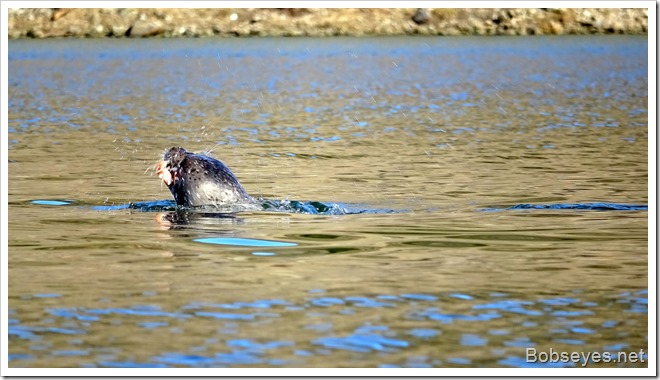 You have to be fast to get photos

The seals mostly eat underwater, but they  have to come up for air after a few minutes, so I watch and wait for them to surface, sometimes just for a moment and they are back under the water.

Looks like they’ve eaten most of the big fish, except the  head. 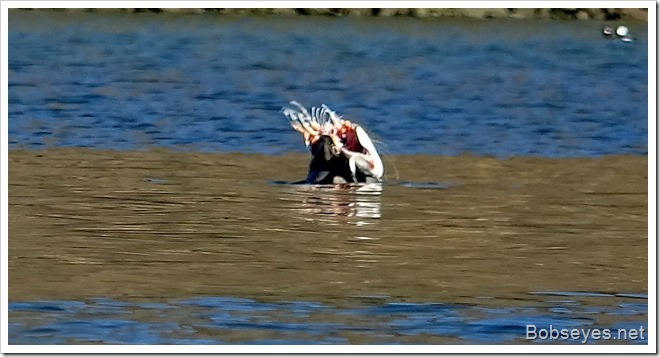 They one surfaced and took a bite of the fish, yum. 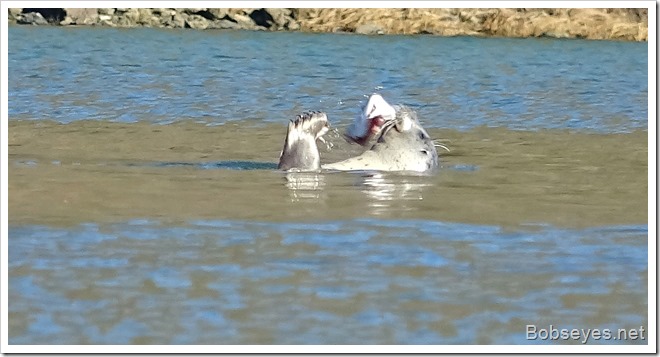 A loon moved in close hoping to get a bite. 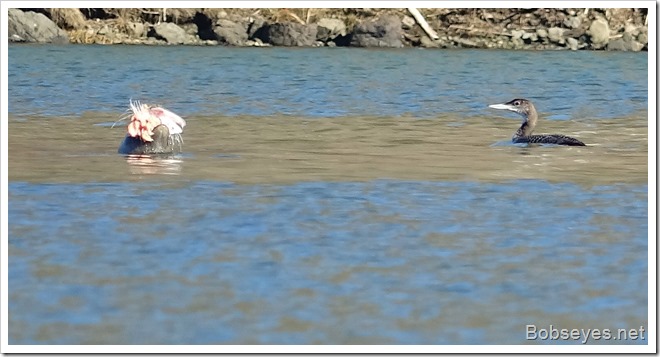 After things settled down I continued up  the river to Eagle’s landing and sat a bit then decided to turn and head back towards the mouth. 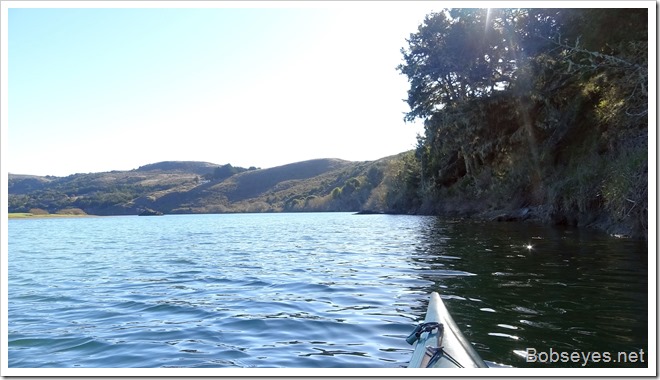 To the mouth or not

Here I am at the upper end of Penny Island. There’s a cool breeze coming off the ocean and I’m not sure if I want to go down that way or not. 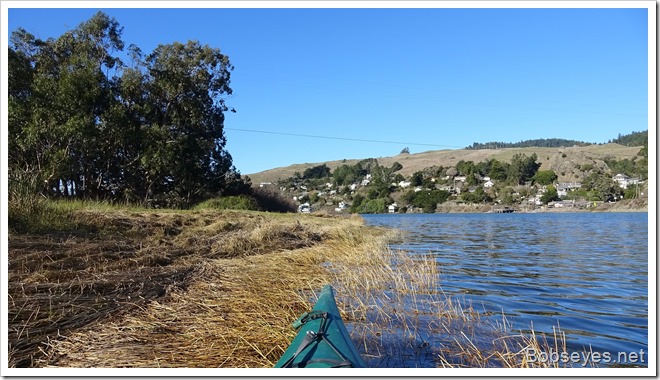 I continued down along Penny Island to this spot where I stopped for a bit. I can see the mouth from here. 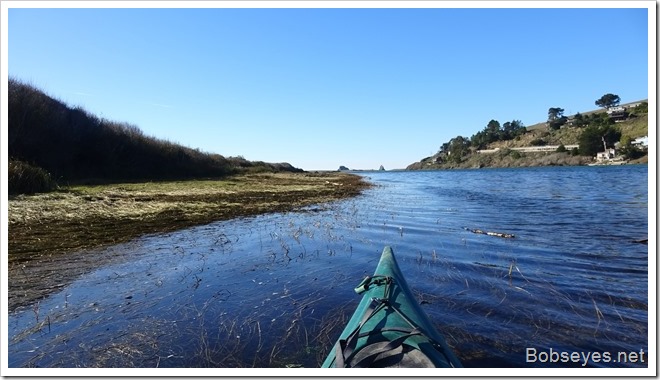 I could see the mouth was open, but I still wasn’t sure I wanted to go down there or not. 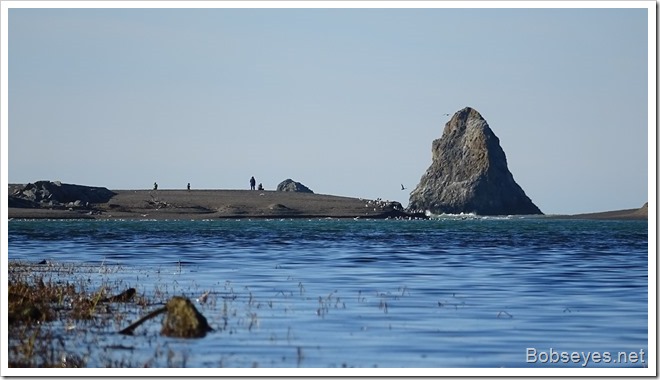 I continued down along the island and when I got to the end I started across towards the open mouth.

I spied these turkey vultures eating something which I though might be what’s left of a big fish, but no, it was a small duck they were devouring. 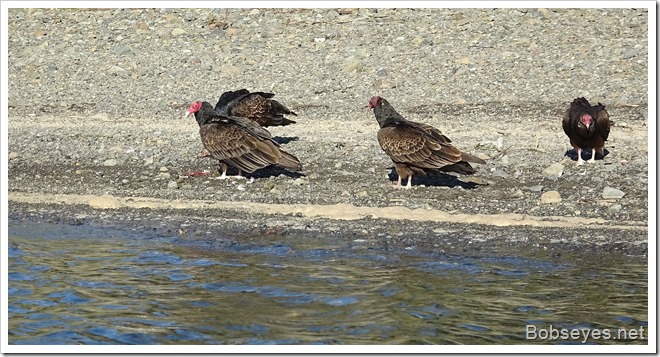 I paddled over to the river’s mouth an sat here for a bit watching as the big waves broke over the jetty rocks. 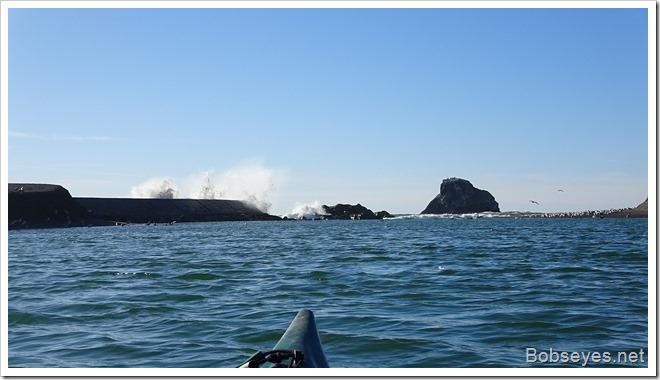 I hung there for about a half hour then started on back going by these seagulls resting. 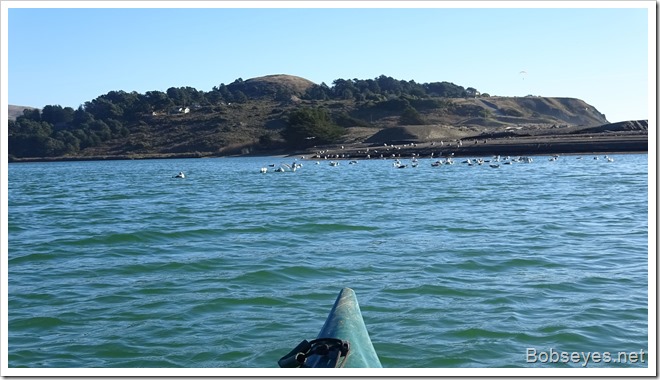 I headed on in along this shore, the boat ramp is up ahead. 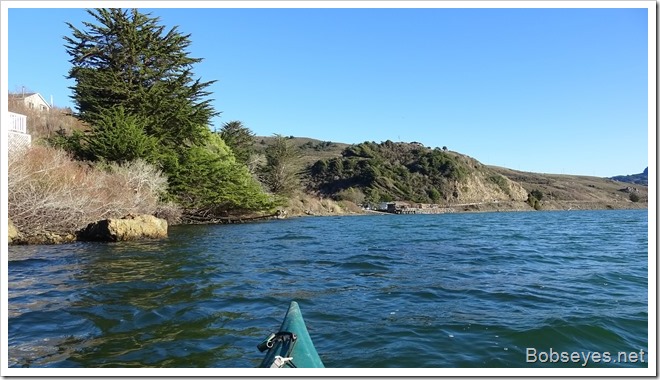 I pulled the boat out and drove back to Monte Rio where I stopped at the boat  ramp to see if there was any fish action today.

I could see there were more boat trailers in the parking lot and some guys in the slot down there. 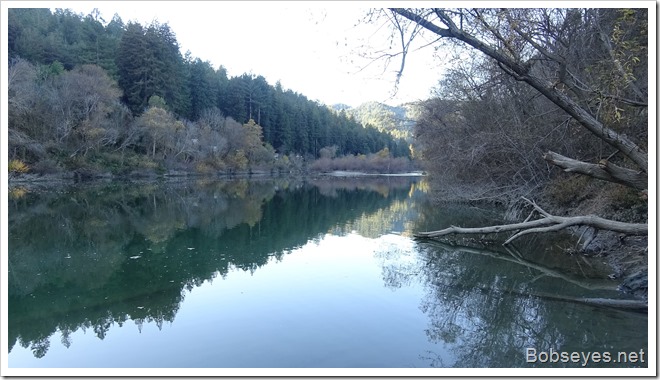 I asked Bill if anyone was catching anything, but he didn’t think so. I know there are more fish coming up this way from what I saw down at Jenner today so maybe the fishing will improve.

I drove on home where the sun had already gone behind the mountains on my west and it was too cold outside so I went in the house and did some cooking and that was my day.