Watching My Peeps, A Dirt Bike Ride That Wore Me Out and Running Low On Water

Changing Plans and a Lazy Day 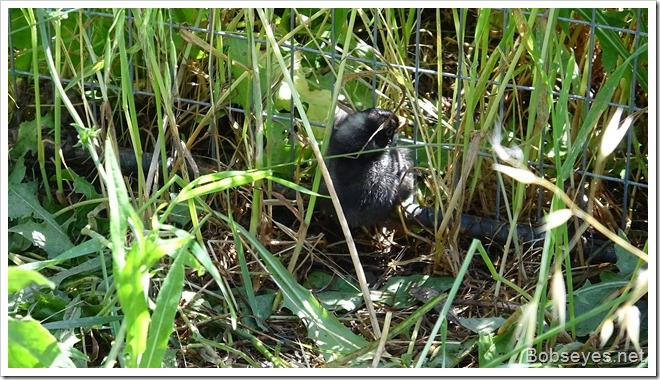 About that time I heard someone coming through my still broken front gate which turned out to be my brother Barry.

We ate some blueberries and my brother didn’t shut the blueberry patch gate when we left so the chicks got in there which I discovered when we got back. 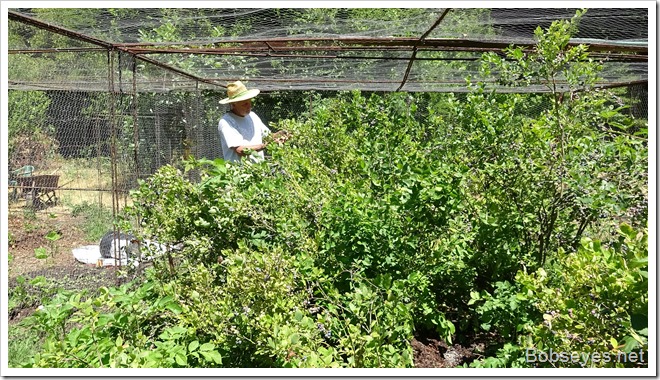 Dirt bike ride up in the hills

He asked if I wanted to go for a dirt bike ride which I did so I met him at the garage where his bike was stored. 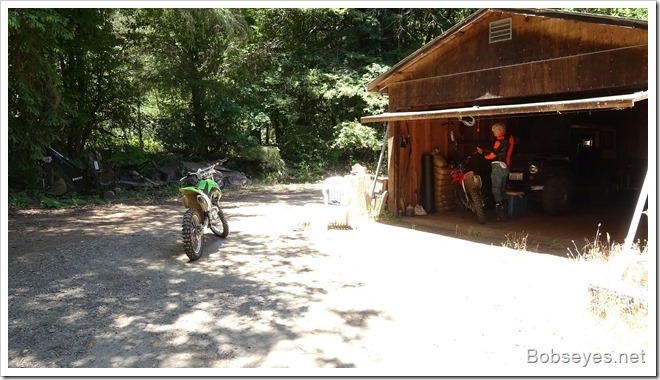 Once he got all his protective gear on we headed on up the hill me following him. We stopped here at the top of the ridge for a bit then continued on. 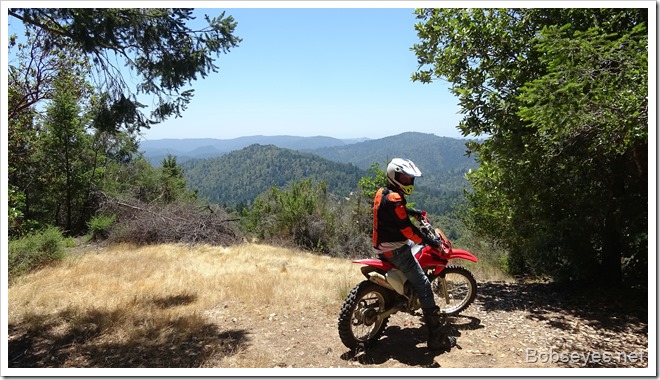 We’d heard one of our neighbors might be selling their place so we rode over to see them but no one was home. Barry stopped here to check his gps as he was a surveyor and is always checking property lines and things. 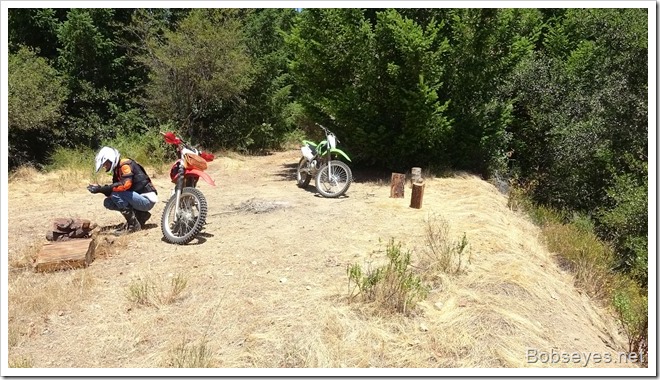 I followed him up and down hills and through the trees. 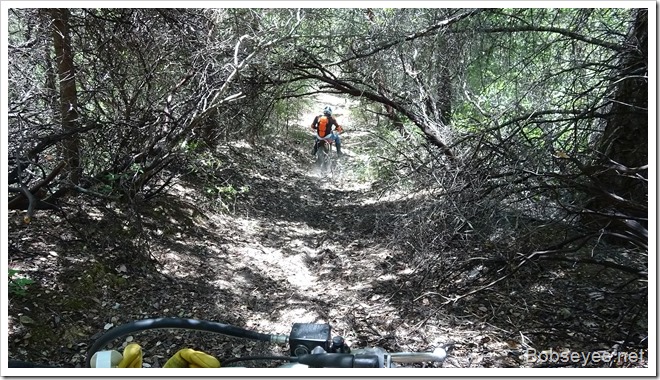 We rode just about every road up here and were out about two or three hours and I was pretty beat up from all the body stretching I was doing on the dirt bike. And my butt was real sore from all the bouncing around on the seat it did.

I left Barry as he took off for some steeper hills and I headed home stopping at our water tanks to check the water level.

Water’s low in our water tanks

I found the water in the tanks low meaning we are using more water than the springs are putting out and dumping into our tanks. Something needs to be done about that or the tanks would run out of water.

I went back up the hill to where one of my springs were and checked things out. I had to walk through this real lush area. 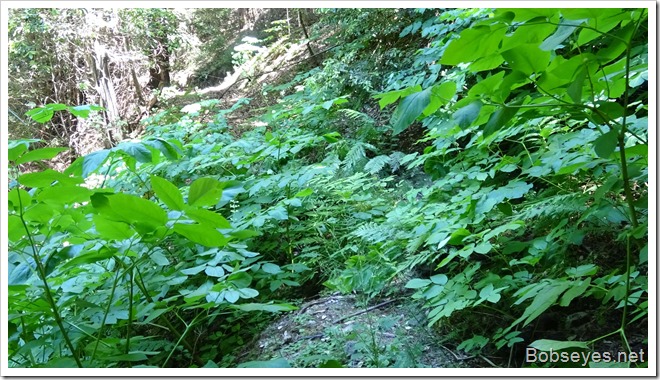 From there I headed back down and put the dirt bike away with a well charged battery. The best way to charge up the battery is to go for a ride.

Well, I was beat, felt like I got ran over by a big truck so I just sat around and herded the peeps. I left some logs in the run that I was building a roost out of and the chicks seemed to like it real well. 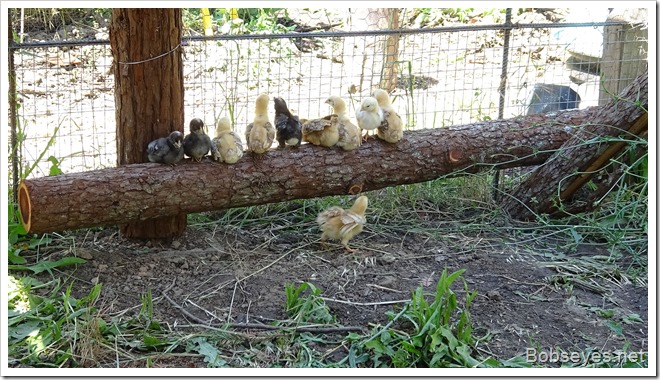 Chicks in the blueberry patch

I found the door to the blueberry patch open that Barry didn’t close before we went on a ride. I could hear chicks in there but couldn’t see any. They are small enough that they couldn’t hurt anything in there so I waited for the ones in there to want to get back with the other chicks then shut the door.

Here’s some more peeps on a low roost I put in for them for now. 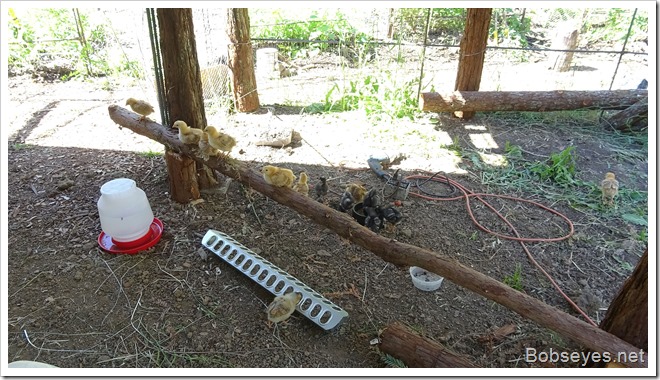 Talked to Tom about the water problem

Eventually I found my brother Tom who uses most of the spring water for his garden so I told him either some one left the water running last night or he was using too much water and would  have to cut back.

Figuring out the valve boxes

There were four valve boxes and I couldn’t remember just where they went so we turned on faucets and turned some off until we figured out what valves to set where.

Here’s Tom figuring it out, or trying to. 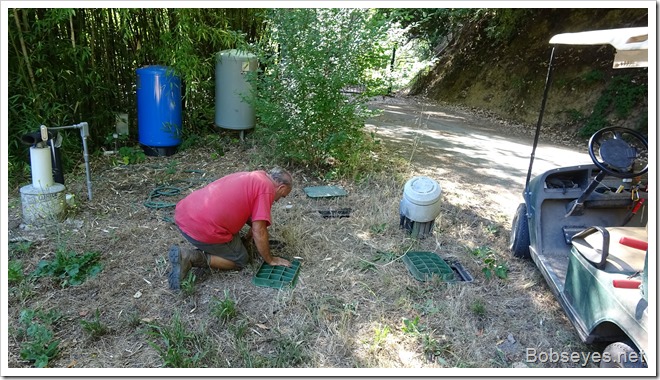 It took awhile but we finally got all the valves right and every thing working, I think.

I spent the rest of the time chair hopping and trying to figure out how I wanted to make some kind of ladder type thing for the chickens to get up to the roosts I made. I had some ideas but changed my mind on the plan several times. I think I have a plan of what I want, but it may change again.

That was my day for a lazy one except for the bike ride that wore me out.