Warm Day, Ride In the Forest and Rat Control Efforts

It was gong to be another warm one today so I thought I’d take it easy.

I needed gas for the dirt bikes and some ice cream so I went to Guerneville first thing and stocked up.

I ate a lot of the ice cream when I got home and had a nap or two. I did some stuff on the computer and just mostly took it easy until about six PM.

I figured I needed to do something before the day was over so I gassed the dirt bike and took off for the hills around six.

My plan was to ride around and throw some sticks and rocks off the roads and check out a couple spots that had trees across the roads that needed to be cleaned up.  I just wanted to check them out to see what it was going to take to clear them off the road.

I rode on out this road on my cousin’s place. 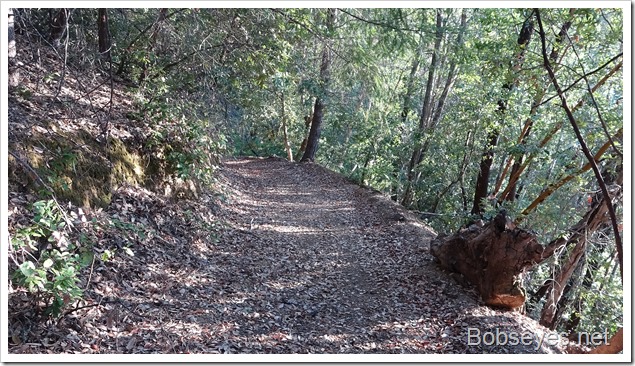 I was looking for this spot with the trees across the road. . It looks like I can just cut enough of this out to get under it when I have the chainsaw with me. 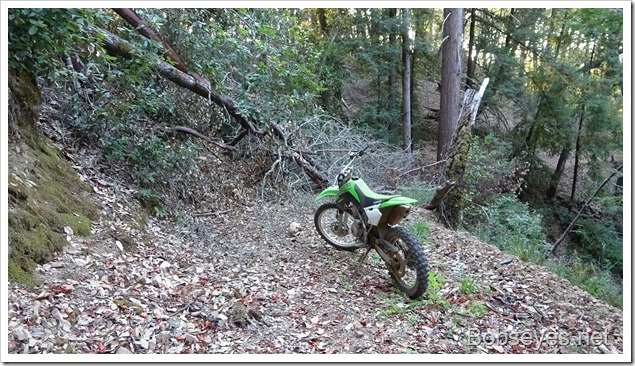 I pushed my way through there and walked down the road a bit to see if there was more to do.

I didn’t see any more trees, but I did throw a bunch of little rocks off the road and made my way back through these trees to the dirt bike. 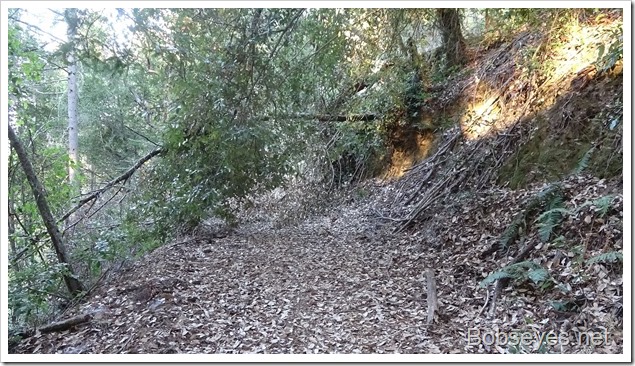 I turned the bike around and headed to the top of the hill where the sun was just getting ready to go down. 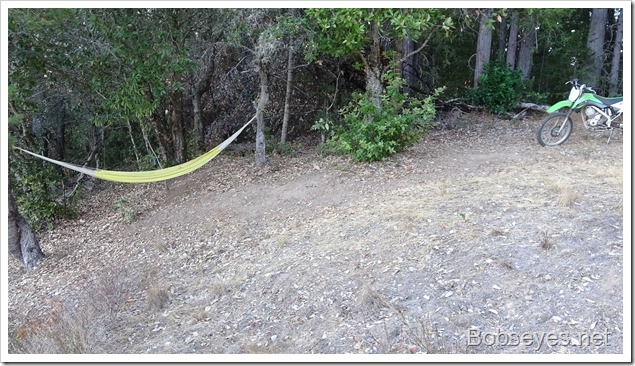 Getting ready for sunset, looking west. 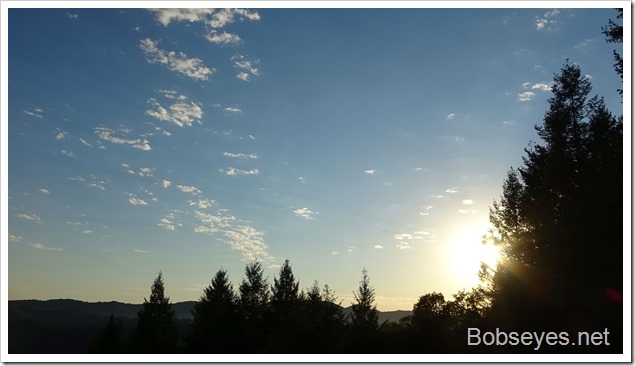 The hammock view where I rested for a bit before continuing on. 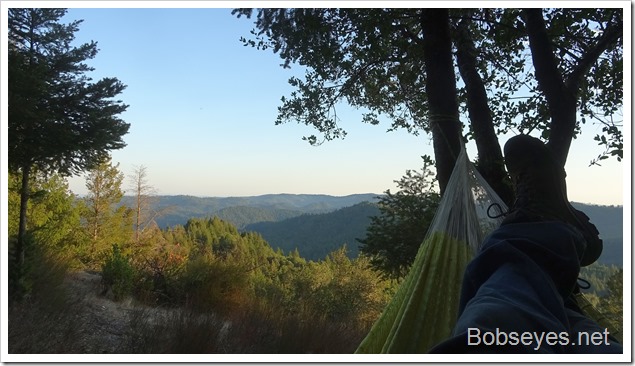 From there I took off around the roads and  just rode around enjoying the evening. I stopped here to have a look at this tree. It was up higher before, but it’s seems to be coming down closer to the road so I’ll have to do something about it soon. 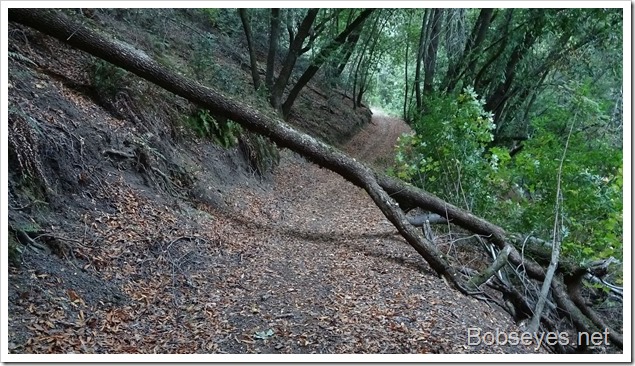 I made my way home taking the long way and put the chickens away for the night.

I mixed up some bait, this time adding some plaster of Paris to the mix and put it in the chickens pen to see how it works out. 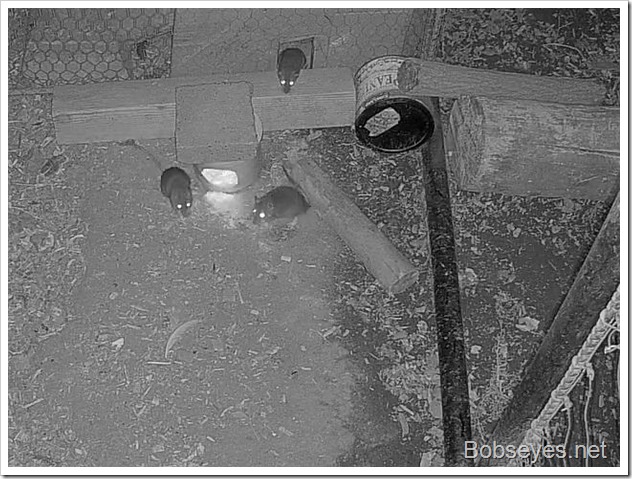 I don’t want to have it in there when the chickens get up so my plan is to remove it around 2AM and put the same looking container back in there with only good food.

If the plaster of Paris works it should eliminate these guys tonight. It’s supposed to plug them up. We’ll see.

(Visited 124 times, 1 visits today)
This entry was posted in Uncategorized and tagged dirt bike ride in the forest, Rat control metod with plaster of Paris. Bookmark the permalink.

3 Responses to Warm Day, Ride In the Forest and Rat Control Efforts