I have to stay around the house as I’m waiting for the phone guy to come and fix my phone line. He’s supposed to come by within three days so I wait. He didn’t show up today so tomorrow should be the day as it’s the third day.

I’ve been meaning to remove about four inches of dirt in the chicken’s pen so I can add more woodchips, so today was the day for that.

I got the wheelbarrow and some tools and moved them to  the chicken pen. 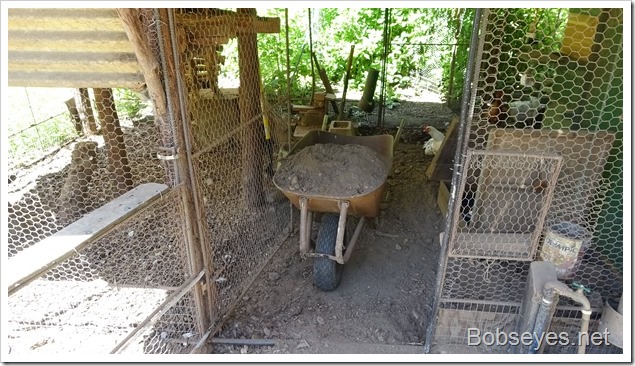 The dirt  had to be moved to another spot once loaded up. 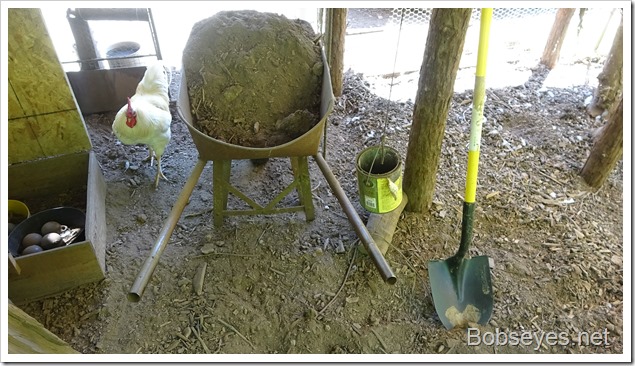 The other spot was across the yard so I went by these blooming poppies with the loaded wheelbarrow a number of times. 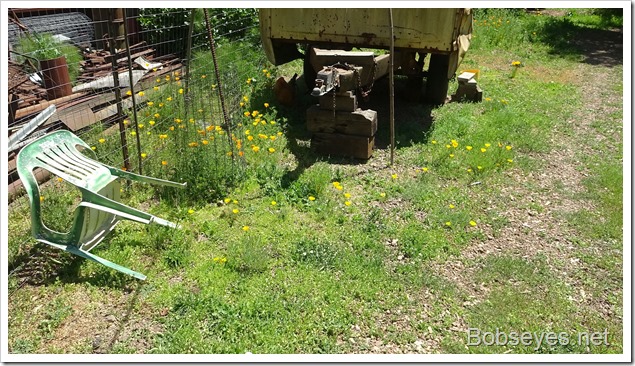 There’s a spot here that could use some filling up with dirt so that’s where I moved it to. 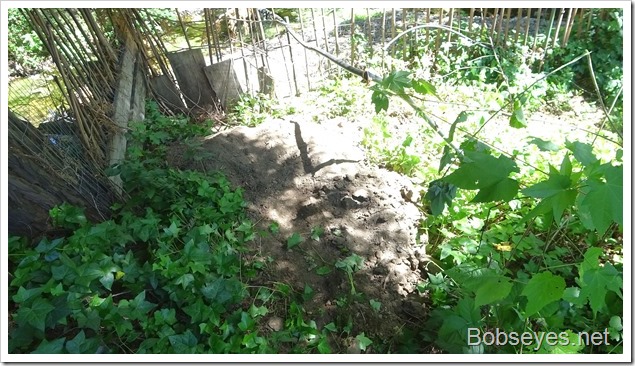 Of course I needed lots of breaks and did some chair hopping between loads.

I’m not sure if the chicken’s approved or not but they were checking it out. 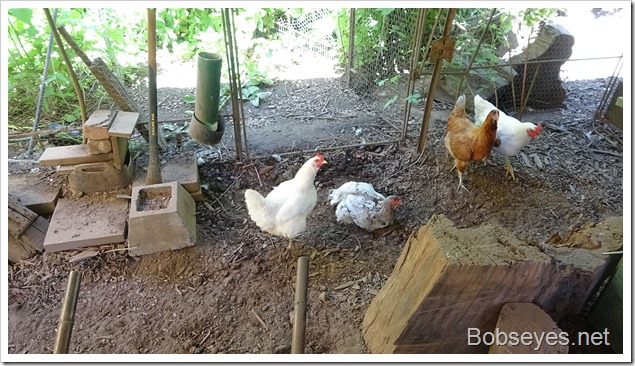 Nice for the chickens

It took most of the afternoon and I was really getting tired out. I have all the dirt moved in this photo and now have to get some woodchips to top it all  and make it real nice for the chickens. 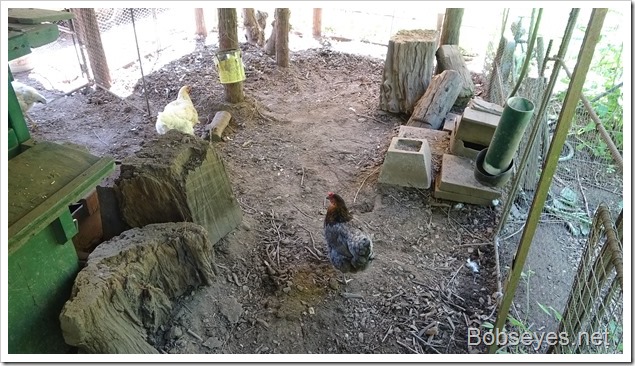 I barely had the energy to get two loads of woodchips for the pen but I got it done. 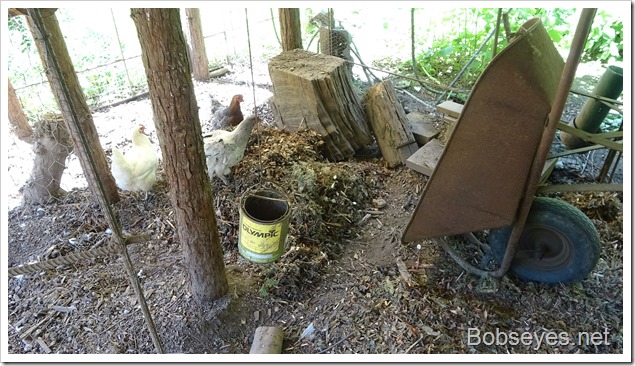 Another one, but not today

Once that part was done I moved the tools to this feeding pen I call the mulch pen to setup to do that one too. 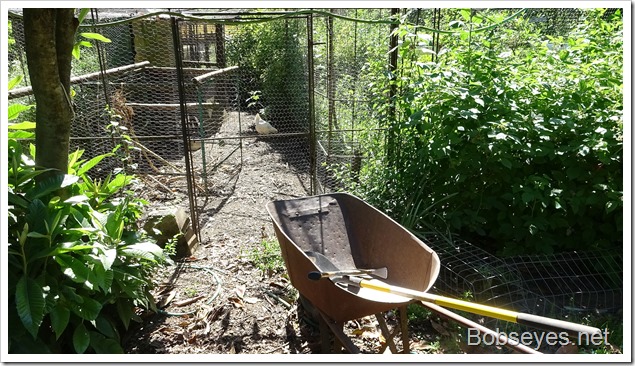 But I didn’t seem to have  much energy left so I napped instead and  just couldn’t get back to the work today, so that was it.

Good to get that work done while waiting for the phone guy.