I was doing some chair hopping after I got it going working on getting into some mechanicing on the van’s cooling system upgrade today. 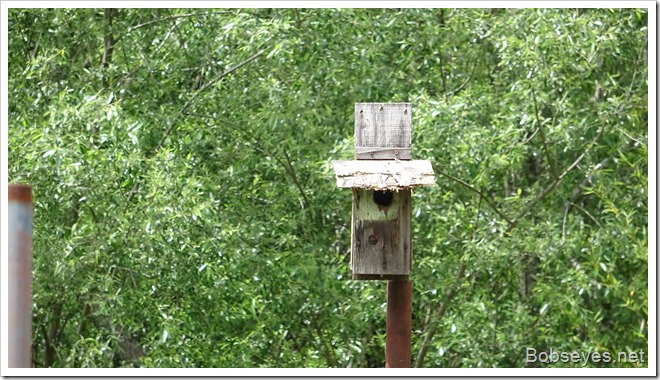 The other swallows were diving on the female which is on the left. The male bird joined her as she moved off the nest box roof. 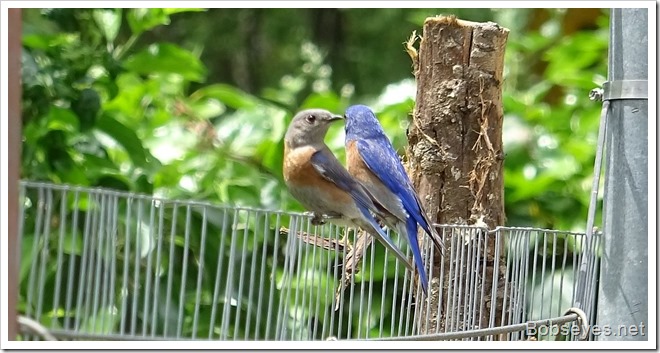 I’ll just have to wait and see if they use the nest box or were driven away. I like the swallows around as they eat lots of bugs and not my fruit like a lot of other birds.

I was waiting for a shipment of parts to arrive today for my van’s cooling system upgrade. I needed them to continue with the project so I did some chair hopping.

I also moved the new chicken egg incubator out to the chicken’s feed shed and set it up here and it is ready to go. 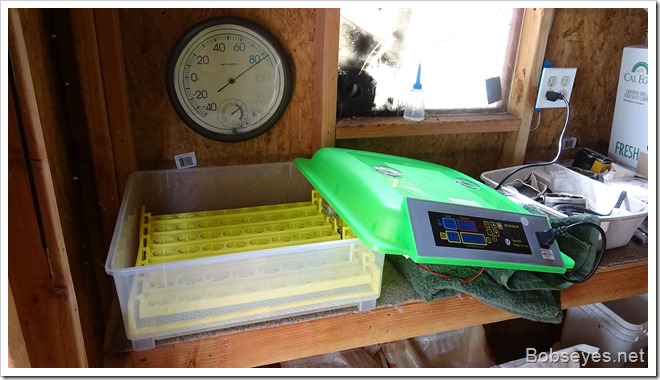 The incubator needs some fresh eggs to fill it up so I’ve been collecting some. I will collect one more day for the incubator and then turn it on and start the chickens on their way to hatching which takes 21 days. 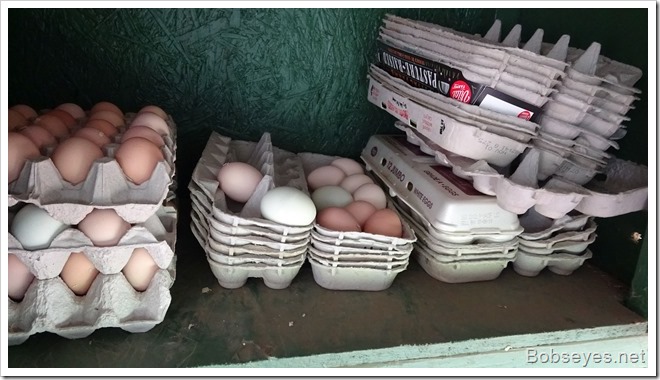 My parts still hadn’t arrived so I decided I might as well take the old parts I need to replace off so I got my tools out and dug into here. 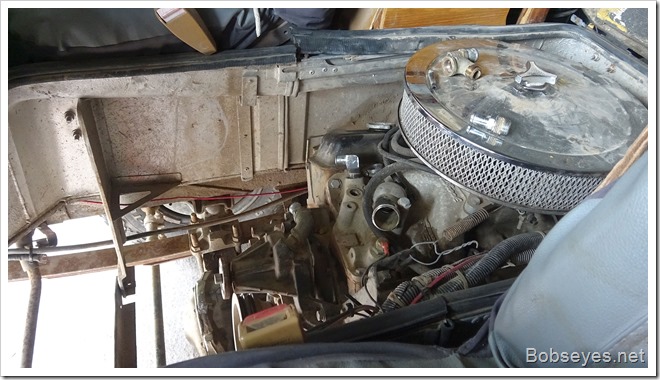 I removed the old water pump I’m replacing with a higher volume pump. 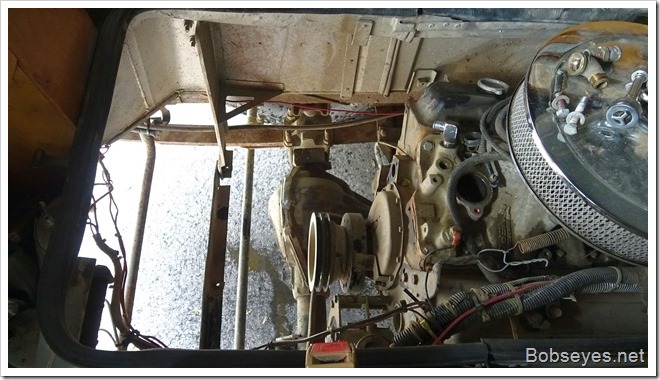 The parts finally arrived late in the day so I checked them out. 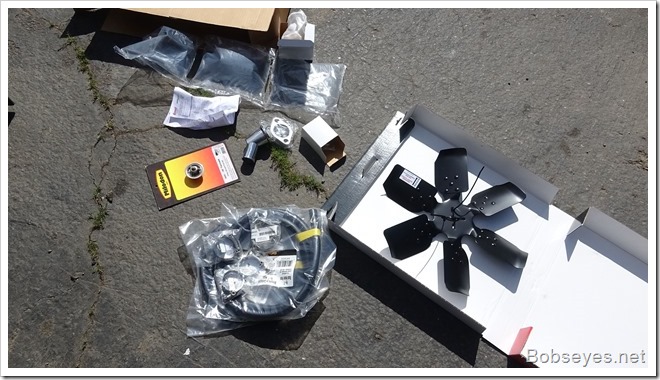 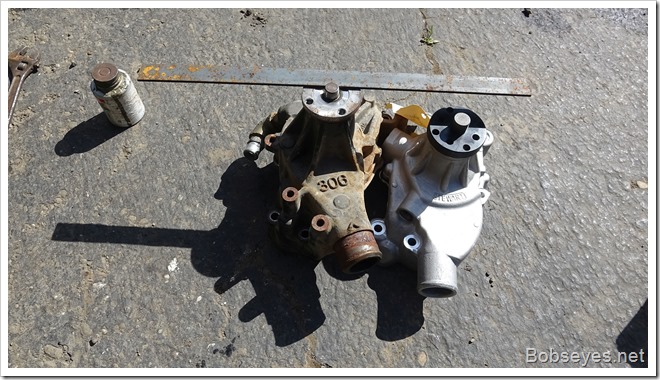 I decided to call the parts people and order the right one and I’d have to send the wrong one back, a pain in the butt.

While I was sitting there on hold waiting for a part person I got the idea to just use the short pump and get a short pulley for the crank with would fix the problem and I wouldn’t have to send the pump back so I hung up and thought about it for a bit. Being shorter would also allow me to move the radiator back towards the engine another inch which would also be good.

So I called the parts guys and got a new short pulley ordered up for the crank damper.

Now that I  had that settled I was able to  mount the pump and the new fan which I did. 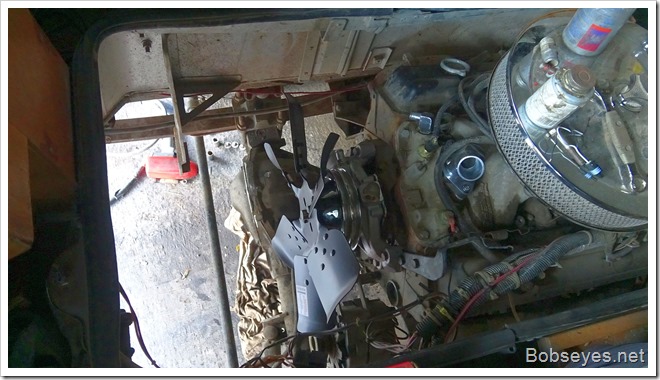 Now I have to put the radiator back in to figure out how much I can move it back towards the engine.

But I ran out of day so that will wait until tomorrow.

Nice day working away on the old van and getting some stuff done.