Visiting Neighbors and We Have Excellent Weather

Trying to help a neighbor

I was going to go up into the hills today and work on the forest fire rehab work I had to do with the bull dozer, but.

Yesterday we went by a neighbors place that was having some serious road erosion problems on the road to get to their house and yesterday I thought the guy was doing it all wrong and would actually cause his road to wash out this winter. No one was home but thinking on it last night, I decided I needed to talk with him and teach him how to do it right if he didn’t want his road to wash out. He wasn’t home yesterday but being a weekend I thought I might catch him at his place today, rather than a weekday when he’d be working.

So I changed my plans and rode on up to his place around noon.

But no one was around but the woodstove was going so someone had to be around somewhere. Maybe he’s at a neighbors place so I hopped back on the dirt bike and headed over to the other neighbors to see if he was there or they knew where he was.

Wife on a horse

On the way over there I ran into his wife on a horse so I talked with her about it. He wasn’t home today so I told her what I was about and have her husband stop  by my house on the way home from work when he gets the chance.

From there I rode on over to  my cousin’s place that lives on the hill top for a visit. They had a visitor I went to high school with so we had a good visit for an hour or two catching up on stuff.

Eventually it was starting to get late and the day was cooling down so I took off and stopped here to check out a spot I need to do some forest fire rehab work. 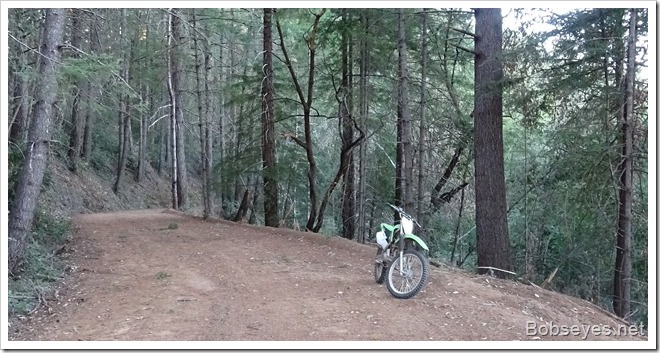 And then I continued on to this spot where I stopped to check out a steep road that needed some rehab work on it to drain the water off it better so the water doesn’t wash out the road when it rains hard. 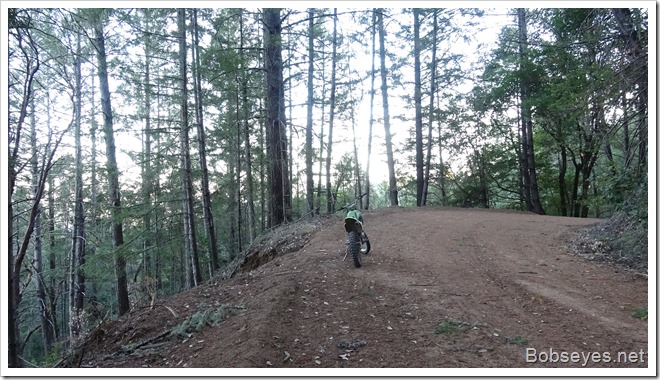 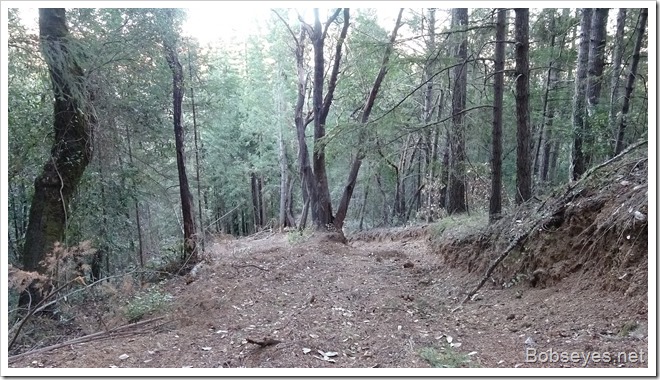 I headed for home stopping at my brother’s garden to steal some apples to eat. 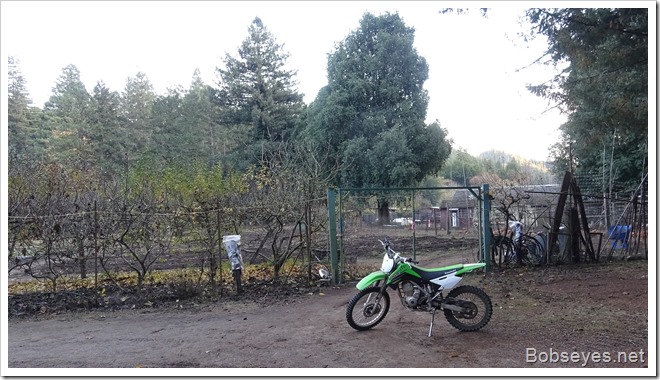 Two for the pockets and one to eat. Yummy. These apples survived the frost and are excellent. 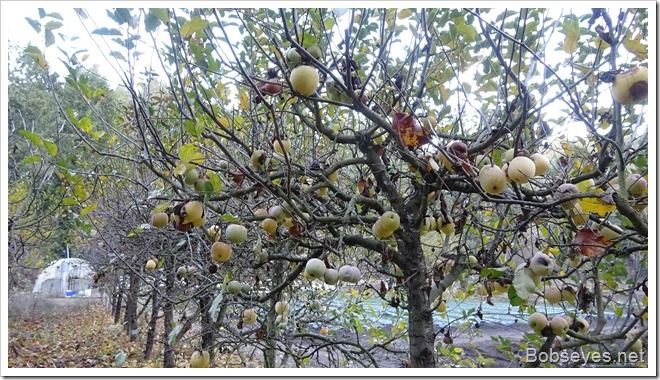 From there I made it home to this chicken mess. They seem to like to eat cardboard especially after it gets wet and soggy. My own fault for not picking up the cardboard boxes. 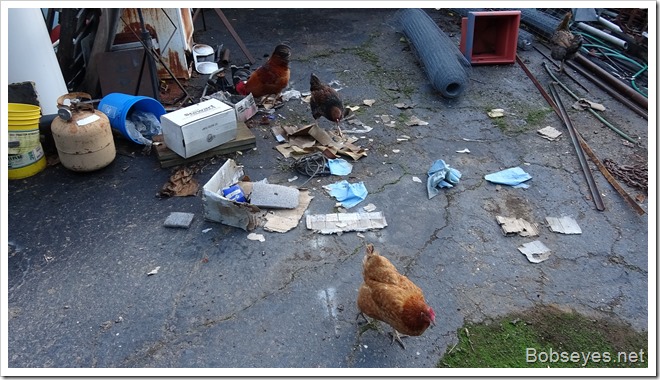 Patsy in comments wanted to know what our weather is like. She’s a Canadian so knows about bad weather.

I try not to brag about our weather too much because I have quite a few Canadians that read my blog. :O)

The weather here is some of the mildest in the world, all year, not just a particular mouth of it.

It’s possible to get some snow and ice but is a rarity. Last night it did get to 30 degrees F. But that was only for a couple hours or so around 5 in the morning. The day was somewhere between 60 and 70 and sunny, I think as I didn’t measure it. Being along the ocean, the ocean temp is 51 so that helps moderate weather a bit. We have almost no humidity and almost no bad bugs except for a few mosquitoes in the evening in the spring but they aren’t very aggressive.

We do sorta have humidity. It’s called fog and happens at night and is cooling instead of heating so it’s no bother and in fact a plus. The water from the fog at night helps the big forest trees grow getting water through their leaves.

1 Response to Visiting Neighbors and We Have Excellent Weather