A week ago I found out my hermit friend was still alive and kicking. I hadn’t seen him in  a couple years. He lives up the road past me by the redwood park.

So today I planned to drive up and visit.

But first I had to get through the closed redwood tree park which I was hoping I could do without too much trouble. The park, like all parks is closed because of the C virus.

Sneaking through the park

Lots of big redwood trees on the park road. 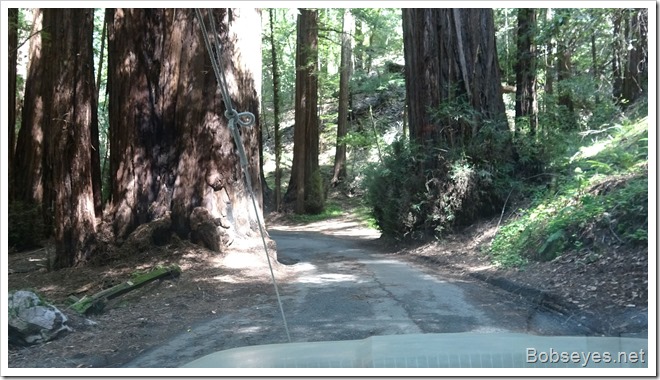 I drove a couple miles through the park. No one was around but me. Just the way I like it. It reminded me that it was like it was when I was a little kid growing up in it as we lived right by it and in those days it wasn’t so popular and we had it to ourselves most of the time. 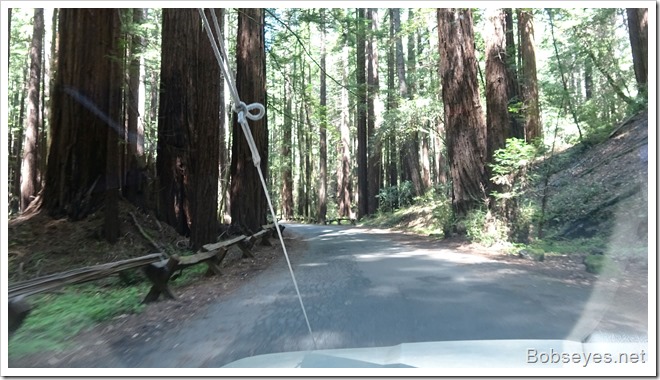 This is their picnic area, nice and quiet. 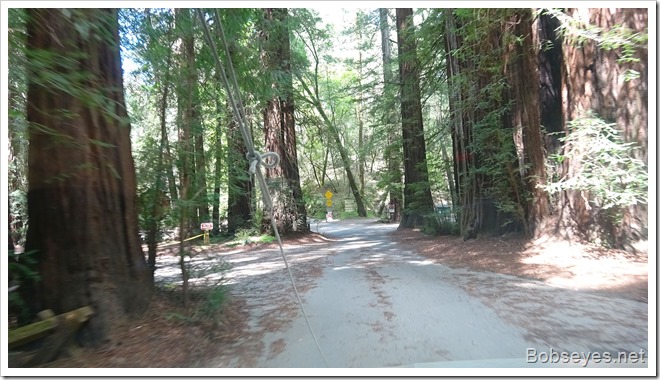 I drove up the hill to this gate I had to go through. He gave me the combo but there were 4 combo locks on it,…… which one. The last one of course. I washed my hands in the small creek before continuing on up the road as I still had about a mile to go. 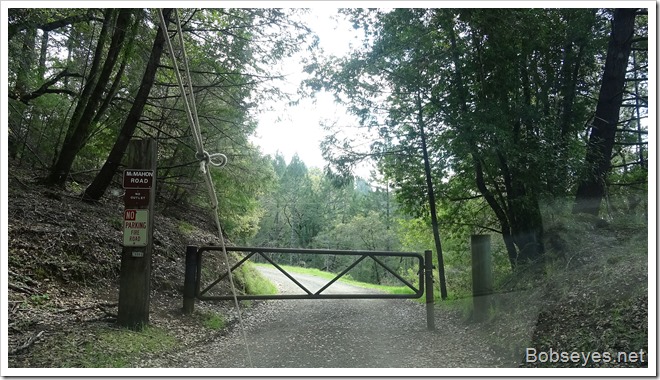 I’m almost to his driveway here as I crossed the bridge. 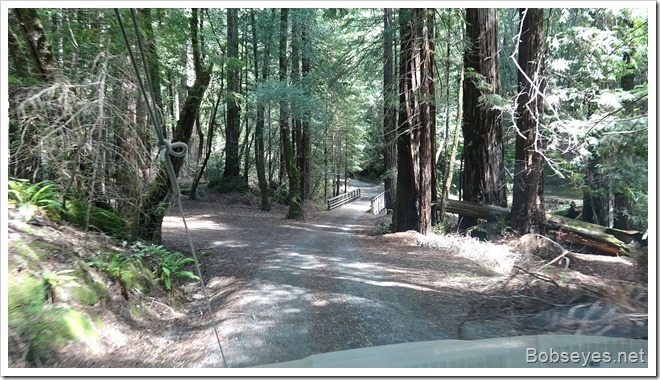 Now I’m on his driveway and almost to his gate. 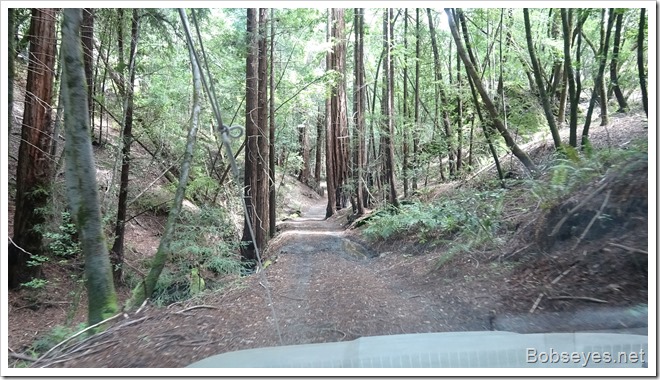 This is his gate in and it had another combo lock on it so I opened it and drove on in and parked. 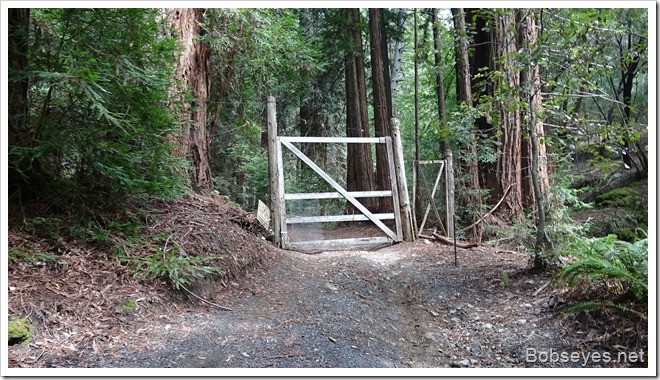 His house is up in the trees there. I parked and walked up to his house. 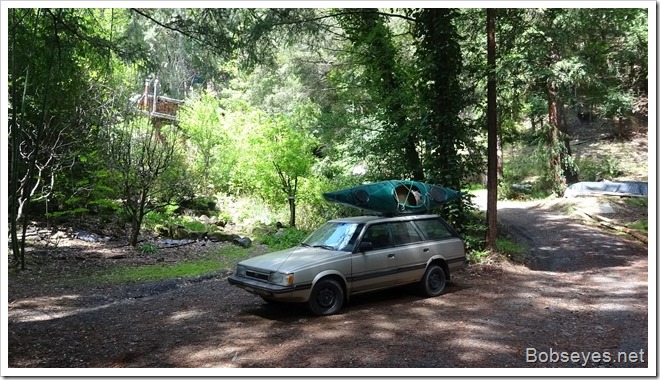 He didn’t hear me come in so I smiled and rang his bell, like old times. 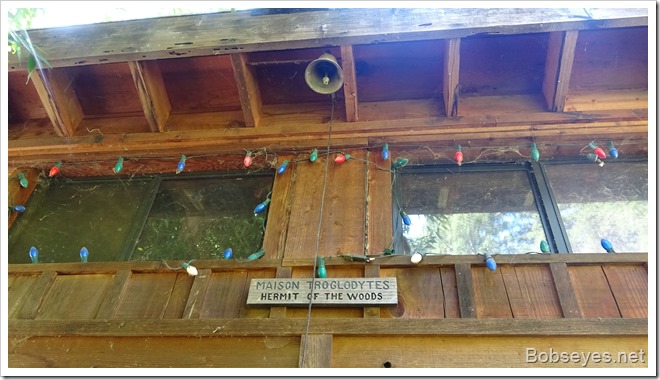 Nathan came to the door. He was a bit older than the last time I saw him. 90 next month. 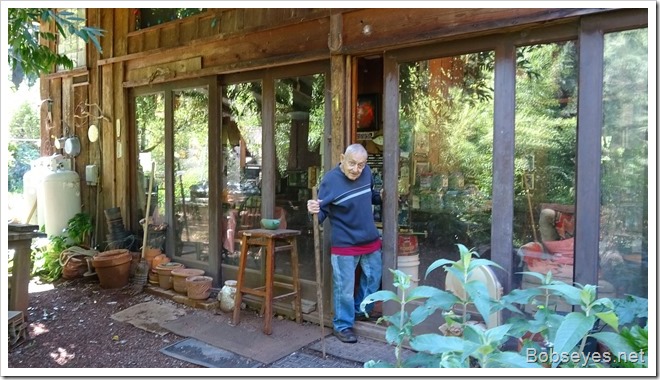 We sat in his living room and had a good chat.

Walk in the garden

After about a half hour I noticed his eye lids were closing every now and then so I suggested we go out for a walk in his garden.

He had a huge garden full of roses and stuff but now that he can’t take care of it anymore it’s in a shambles. He said he doesn’t usually walk out into it much anymore because it’s depressing but he went.

With spring and all the garden had some real nice blooms and I think he enjoyed the walk. We had to take our time as he is much slower than he used to be.

When we got back to his house I knew he needed a nap so I said my goodbyes and headed on home.

Back out the road. 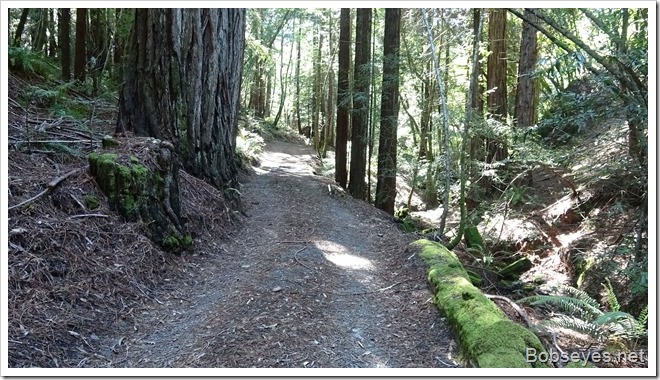 And across this little creek. 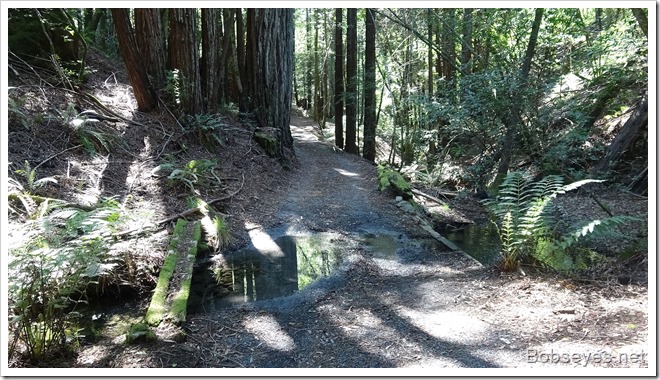 There’s this one place that opens up as it’s out of the trees. My  house is located behind that hill up ahead at the bottom. 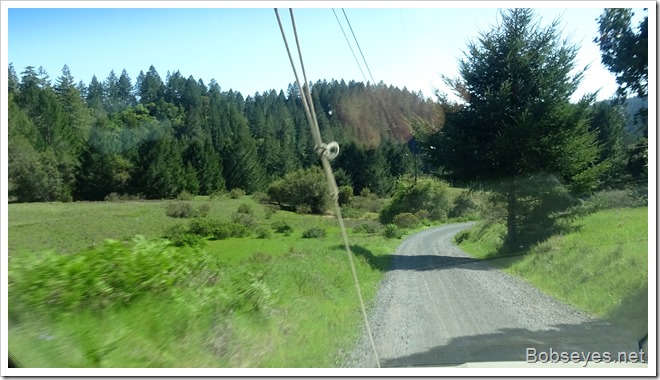 I made it back through the park without anyone stopping me and went on home where I needed a nap.

The day was cool so after my nap I went back outside but the coolness drove me back in the house which was ok as the day was over.

Nice day visiting an old friend I wasn’t sure was still alive and kicking. He was alive but just not kicking too high. :O)