Views From the Jenner Overlook and Electrical Advice for Charlie

The rain came and went during the night

It rained some last night but it had cleared out by the time I got it going this morning. It was supposed to be a bit windy so I wasn’t much into kayaking for the day so I puttered around in the yard for a bit, then decided to take a drive down to the overlook at Jenner to  have a look.

Views from the Jenner overlook

This was the view from the overlook, looking back up the river with the ocean on the right. 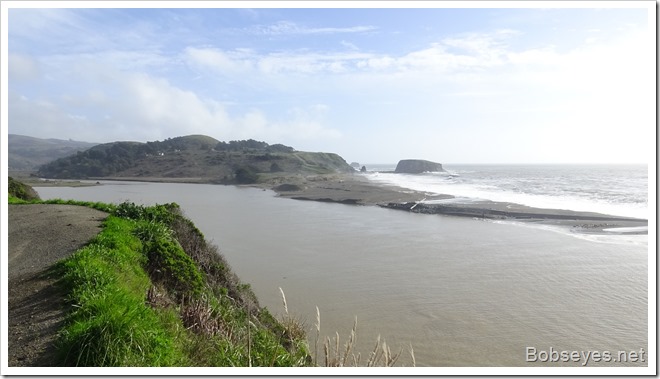 The ocean was fairly rough with a lot of waves breaking over  the sandy beaches as I looked out the river’s open mouth into the Pacific ocean. 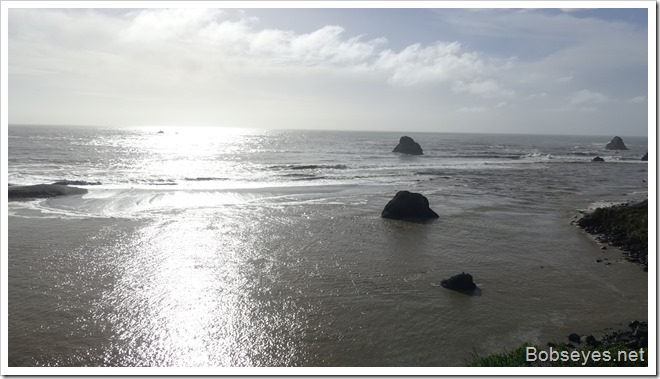 It was only a couple hours before sundown so the sun was low in the sky, looking out into the Pacific ocean as the waves pounded the beaches. I could see some harbor seals resting down there behind the jetty. 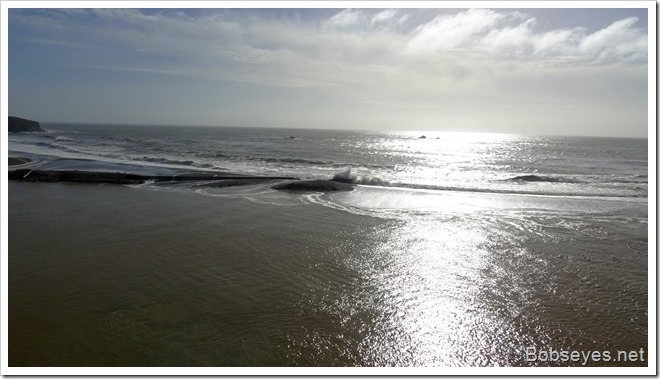 Here’s the harbor seals resting behind the jetty as another big wave rolls in from the ocean. 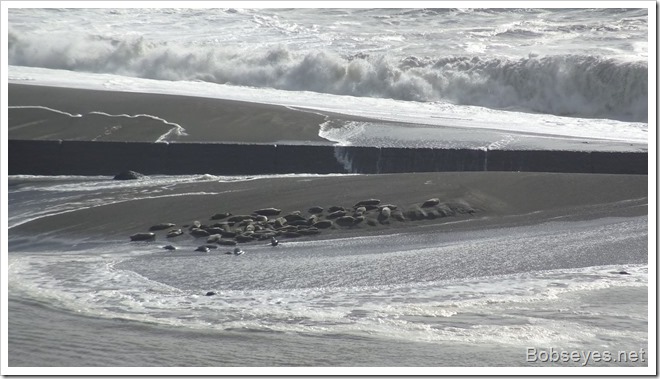 I hung out there for a half hour or so then drove on back to Monte Rio and drove up to Charlie’s house. Charlie had an on demand hot water heater he wanted some advice on how to hook it up to his electrical panel. Another friend was there too, so we talked about the do’s an don’t about hooking it up and what he needed to complete the job. It sounded like his friend would hook it up for him once he had all the parts to hook it up. I like it when they only need advice as I have lots of that.

His friend left and I spent the rest of the day shooting the bull with Charlie until it got dark on us when I drove on home.

And that was it for me today.