Today I was going to attempt to find out why the van’s engine has a bad miss. I removed the engine covers and got to it. 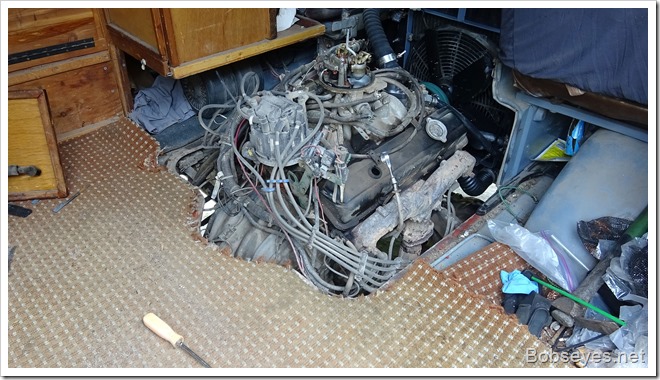 The first thing I did was remove the distributor cap to check things out. 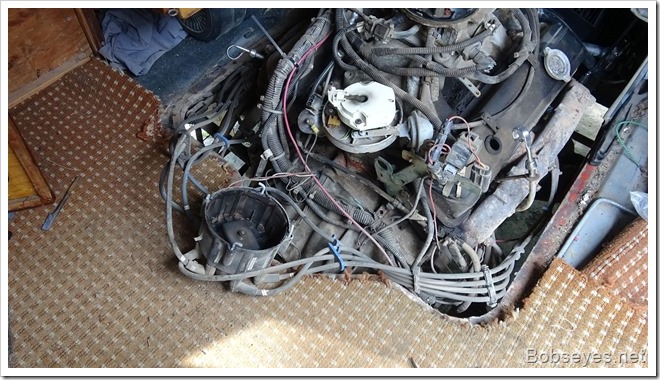 I was looking for any burned arcing spots. I first checked the rotor out. There was some discoloring but no arcs. The scratch is from me removing the top part and is ok. I removed it and looked it all over and didn’t find anything really wrong with it. 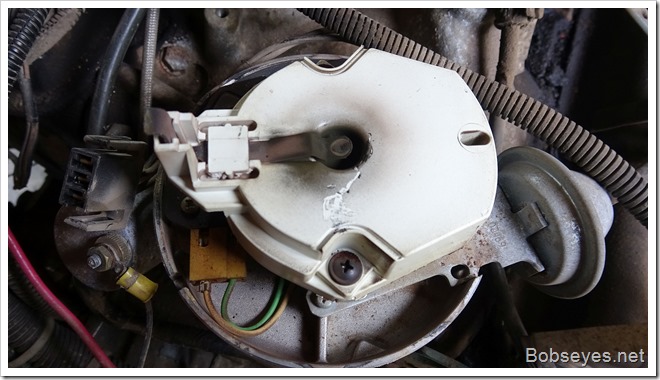 Next I checked out the distributor cap and it was a bit dirty but no arcs or burned spots on it either. 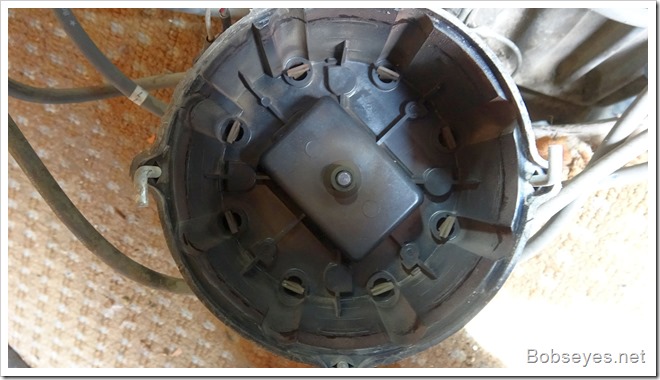 I decided to go to the local parts place and get a new rotor and cap just because I’m in there and might as well start off new.

But first I let the chickens out to graze. 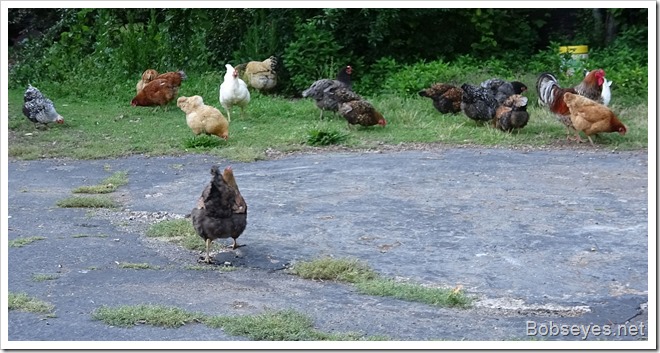 And I checked the incubator to see if any chicks had hatched. I opened it and it looked like there was one but it looked dead, but it wasn’t. This is my first time seeing them hatch as before they were under a hen, so I have some stuff to learn.

I put my finger to it and got a peep. Now think about it. If you are tiny and live in an egg, it’s going to take some time to get things working so after they get out they just sit and wait for stuff to firm up. They don’t eat or drink for the first two or three days either living off the yoke. It takes some time to get the body all working. I’ll check on it later. 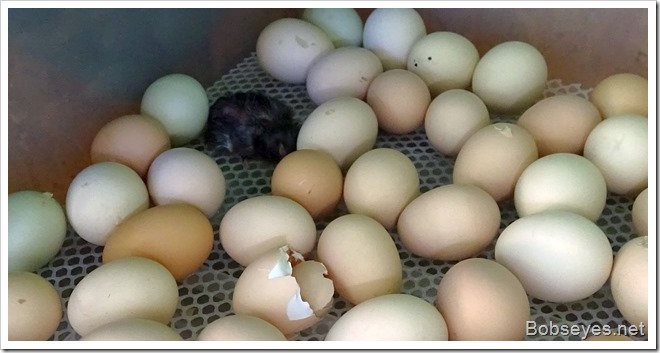 My other peeps were doing well out in the sun with momma. 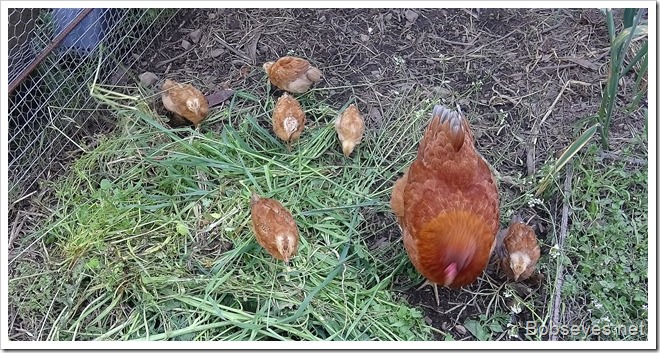 After that I got my stuff together and headed for the local parts place and got a rotor and a cap and installed them. 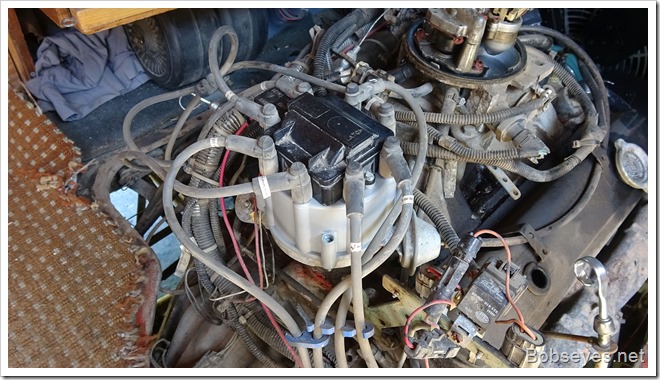 I took the van for a test drive just to see and it still missed badly.

It’s interesting that I bought platinum plugs which costs extra. They are supposed to outlast the regular type plugs but these sure didn’t.

Bad plugs. And some of the spark plug wires where bad too. 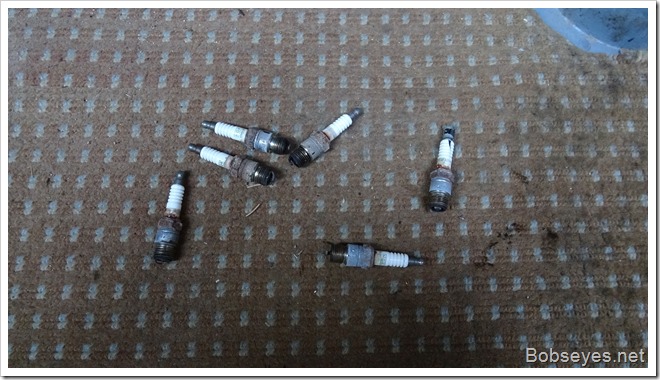 Ordered up plugs and wires

So I drove down to the auto parts store again for plugs and wires. I had to order them and they’ll be in tomorrow. I didn’t waste money on the platinum plugs this time and went back to the regular ones that were much cheaper. I had a hard time finding the right wires, actually the auto person did but I think I got what I need. We’ll see tomorrow.

After that a nap was in order.

I still needed to do something about doing a better job of protecting my new citrus plants from the chickens and finally decided to use some bamboo sticks I had laying around. That should do it. 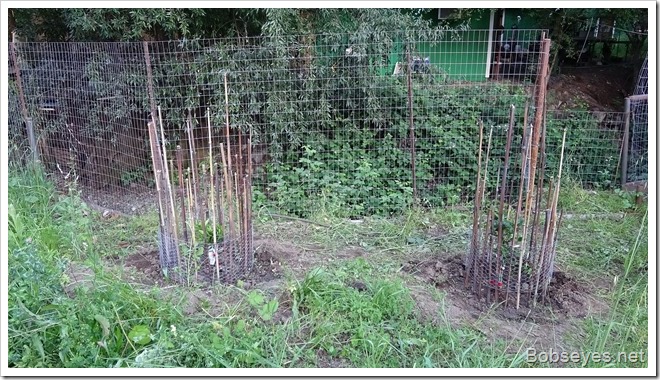 Checked on the chick

Just before dark I had another look to see how the chick was doing and if there were any more. It’s moved a little and peeped so it seems to be doing ok even though it may not look like it. There’s a couple more eggs with peak marks on them so hopefully more eggs will start hatching out. 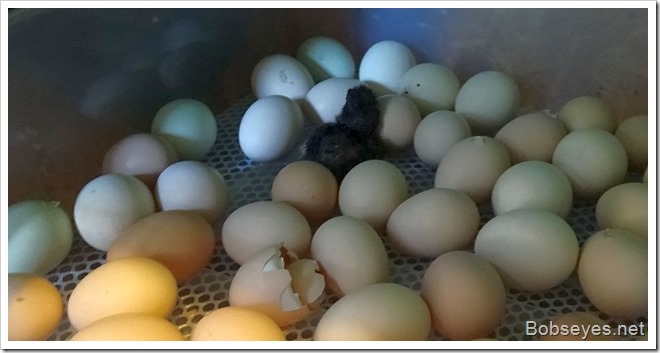 I spent the evening chair hopping around the yard and that was my day.

Nice day, I got some stuff done and the chicks are starting to hatch out.