I was slow getting it going today. I needed a nap right after I got up but that’s ok as I only had a few things I wanted to get done on the  van today.

I opened up the van and started off by extending some wires that power the fuel pump that got burned up, soldering them. 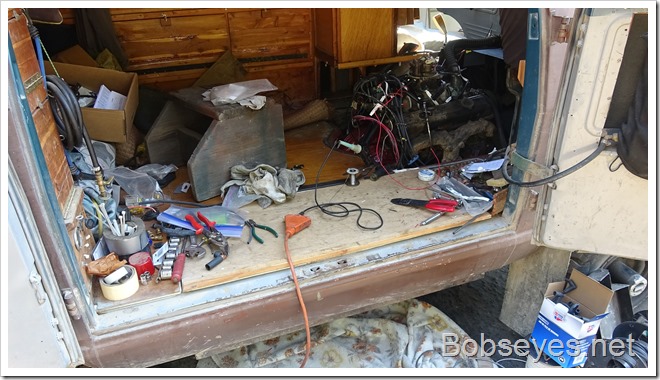 Here’s were I’m working by the fuel pump relay getting ready to solder that red wire at the splice. 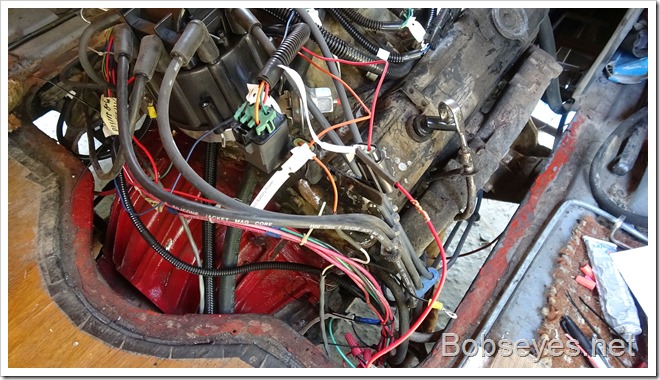 After soldering the wire I install heat shrink to protect it all and make it look nice. 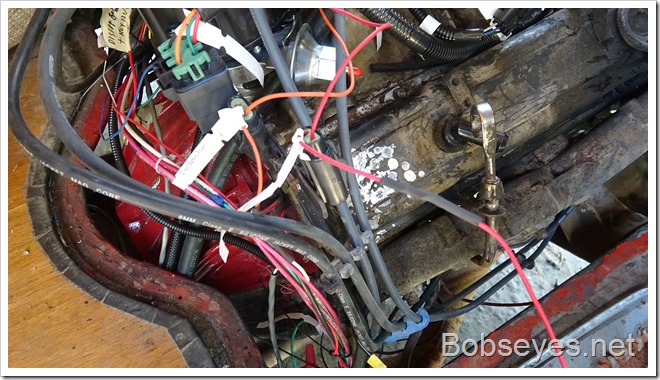 After that I tackled this rats nest of wires using tie wraps to make it look neat and get the wires out of the way. I also had to hook up a power wire to the temp gauge. Glad to  have this area all tidied up. 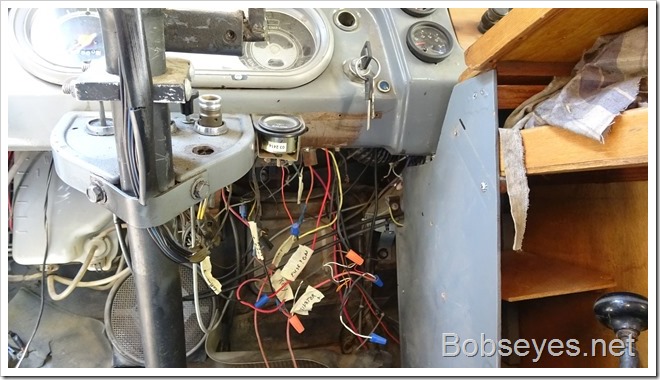 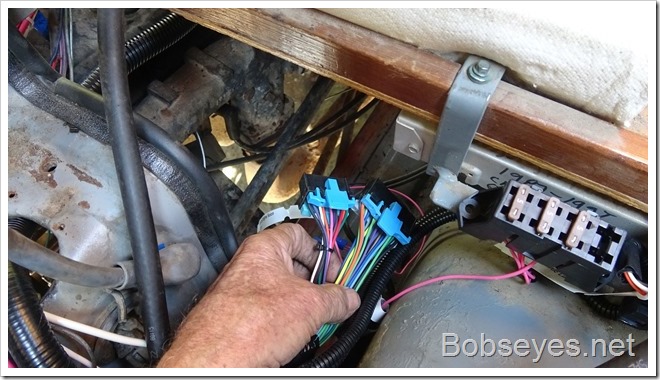 So I  have most stuff hooked up, but need to recheck it all.

This is what the engine looks like now, almost ready to go. 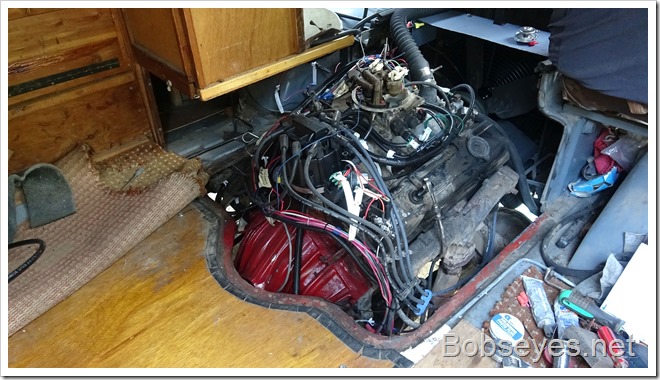 I wasn’t going to do the radiator fluid today, but I had the time so filled it up with fluid.

I still have a few things to do before I try to start it, but no hurry as I’m waiting for the better gas line I ordered to arrive in a couple days.

I’ll wait on hooking up the battery

I thought about hooking up the battery but the day was late and I thought tomorrow would be soon enough just in case something sparks and goes wrong.

It was evening when I closed up the van and had a short nap.

Then I went out and put the sprinkler on the two young apricot trees. The bucket measures how many inches the sprinkler puts out so I know how much I’ve watered. Otherwise it’s a guess and not always good for the trees especially if they don’t get enough water. 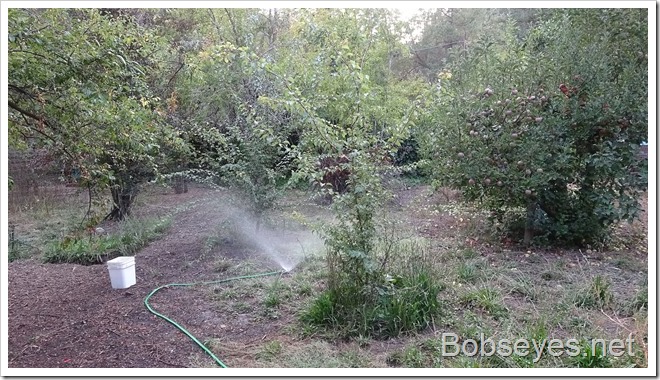 Getting the chickens to roost

I went by the chicken pens and closed off the area where the younger chickens usually roost on the ground as I want them to start using the high roosts as I think it’s healthier for them. I’ve been doing this for a few nights now and they are starting to get the idea but not all of them. It’s still early so when I go out to shut them up I hope most of them are up high or I’ll put them there. 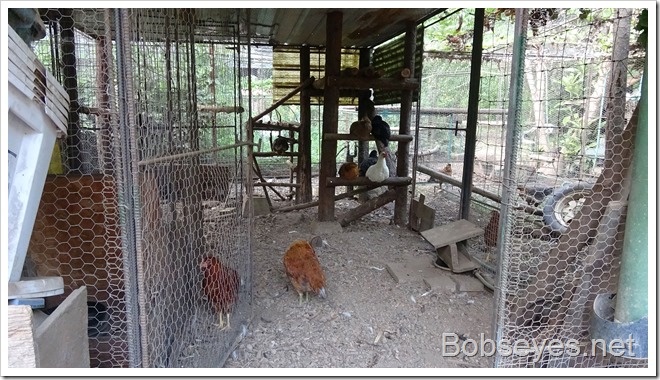