Van Hub Repair, Made Pickles and Mowed Grass For the Chicks

This was one of my projects today. The driver’s side hub on the van was loose and wobbled and grease was coming out so I needed to take it apart and see what was wrong. 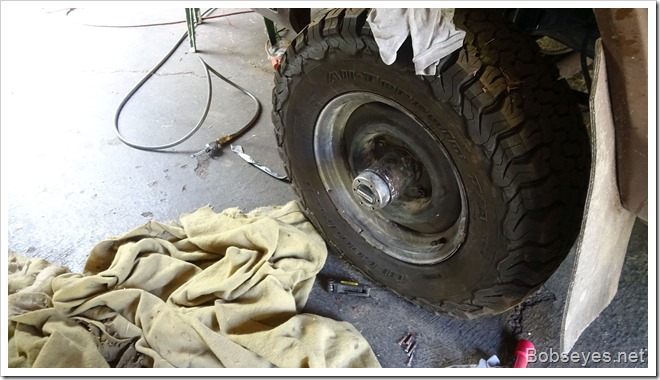 It’s been leaking for quite some time and I’ve thought about what the problem might be.

Maybe this is the problem, but no

I was thinking maybe I had the wrong lock ring in there and that was letting it wobble and leak. I  had some old parts  and found a larger size ring from an older unit. I though this might be what the problem was, maybe I’d installed the wrong part when I last worked on it.

Here’s two lock rings, the thin one on the left from this unit and a thicker one on the right which I thought might be the right one for this unit. 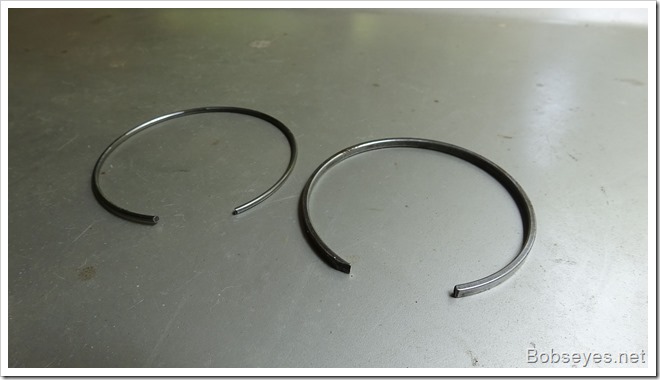 Tried but no go

I took the hub apart and tried the larger lock ring. 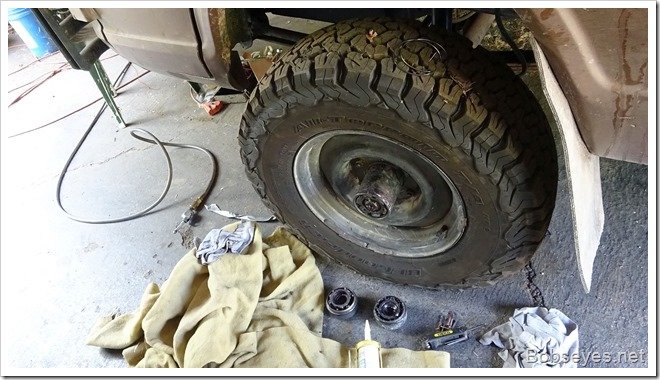 But it was too thick and I couldn’t get the hub back together, so I removed it and tried another smaller one I  had like the thinner original ring.

Hard time getting it back together

Well, I worked at it, but couldn’t get that one back together either, but I knew it had to go so I kept at it and things finally fit into place and the looseness seemed to be gone.

I buttoned it up and put the tools away. I’ll keep an eye on it when I use it again to see if it really is fixed or not.

Bagging grass for the chicks

I wanted some mulch grass for my chickens so I fired up the weed mower and bagged several loads and dumped the grass cuttings in the chicken pens.

I cut the weeds in between the raspberry rows and mowed around the yard mostly where I had already mowed, but I just wanted to pick up some mulch and the mower did that picking up the old mowed grass.

Here’s the raspberry patch I mowed. 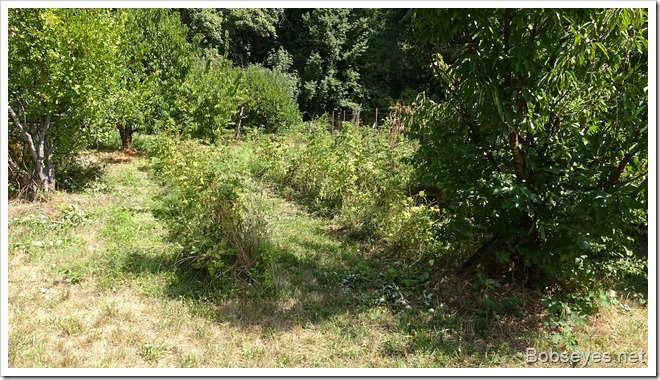 Pushing that mower around tired me out so that was all that got accomplished today.

Well, not really. I forgot I put together about a gallon and a half of pickles. I got some cucumbers from the garden, sliced them up and put them into some big jars and put some brine in them with some spices and put them on the counter to do their thing. I read where they can be ready in a day to three so we’ll see how they turn out.

I’d made some the other day just putting them in a bowl with salt water with a little vinegar in the fridge and they turned out nice and crispy and good.

I spent the rest of the day chair hopping.