Today I had to drive over to the VA lab and have some blood drawn.

On the way over there I passed by my brother Barry with his dirt bike heading for my place.

I was right on time at the VA and got taken care of.

I headed on home and got the dirt bike out.

Waiting at the Guerneville overlook

Eventually I ended up at the Guerneville overlook and sat and waited as eventually Barry would be by or I’d hear him.

I was there about fifteen minutes when he rode up so we had a good break there and shot the bull for a bit. That Barry’s in his resting position. I sat on a log. 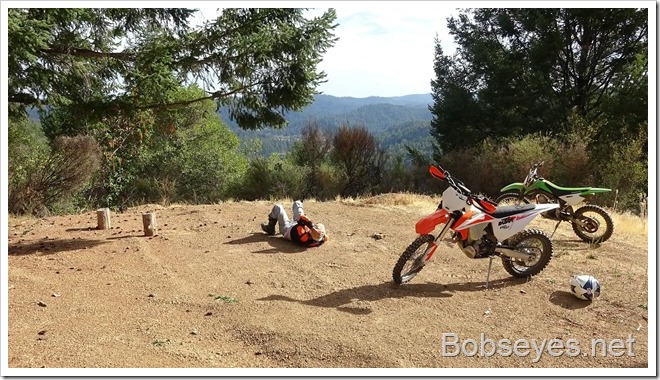 This is the view from there. 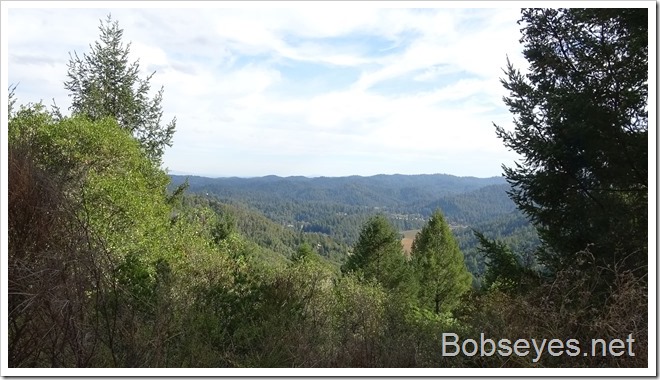 With the little town of Guerneville down there by the river resting in the trees. 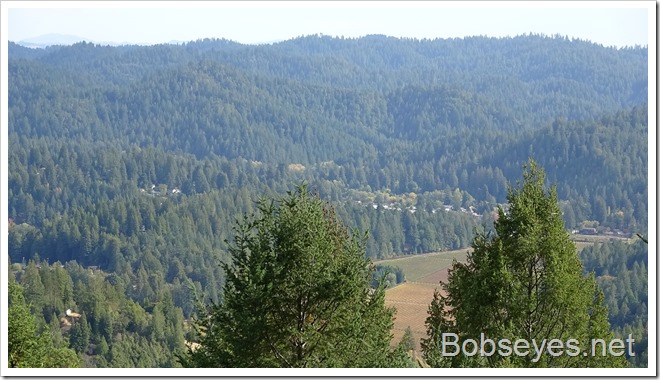 Barry spotted some smoke to the west and said he heard they were doing some controlled burns out that way.

We got back on the bikes and rode all around the roads going this way and that way for a good ride which is always nicer after the first rain.

We stooped here to check out a mushroom area, but it’s early yet. 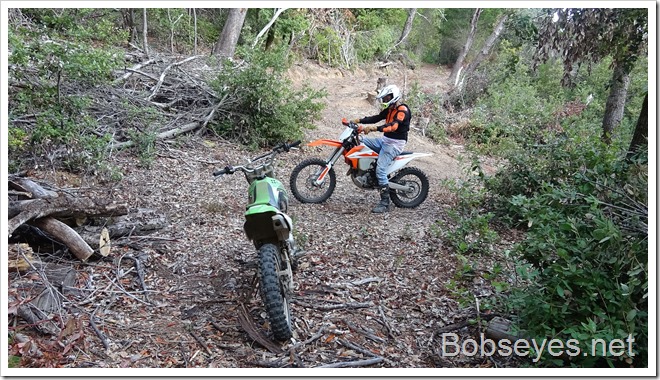 After a good ride we headed back to my place and Barry loaded up and I had a nap. 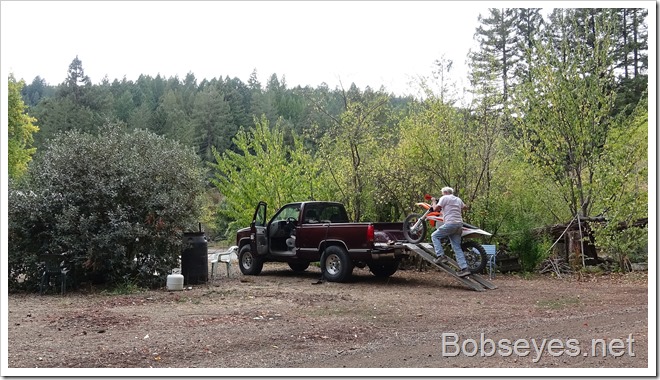 The day was pretty  much over by then so I did some chair hopping until just before dark.

(Visited 146 times, 1 visits today)
This entry was posted in Uncategorized and tagged dirt bike ride in the forest. Bookmark the permalink.