Using the Cam to Locate Rodent Trails to My House

The other day I ordered 200 feet of networking cable and it arrived in the mail today. 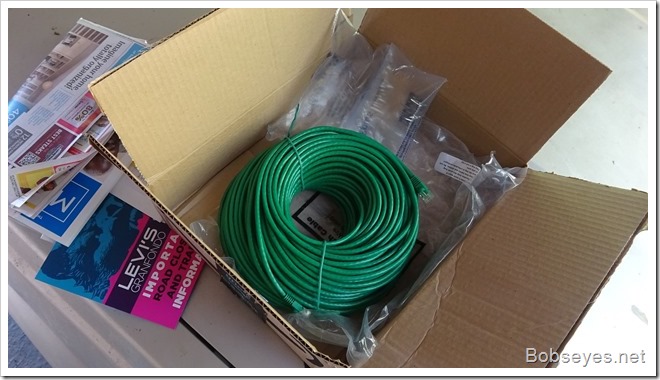 I wanted the long cable so I can move one of my cams around the yard a greater distance.

I’ve been trying to determine how the rats and mice have been getting into my attic so I wanted to be able to move the cam all the way around the house to find where their trails are so I can block them out of my attic.

I did some work on the bulk head project for a couple hours just to get some more stuff done on that project. A couple hours is about all I can do on that project as every thing seems to be moving heavy things around. But a little at a time will get the job done which I just need to finish before winter hits.

After a break and some chair hopping I moved the cam to this spot using the new cable. 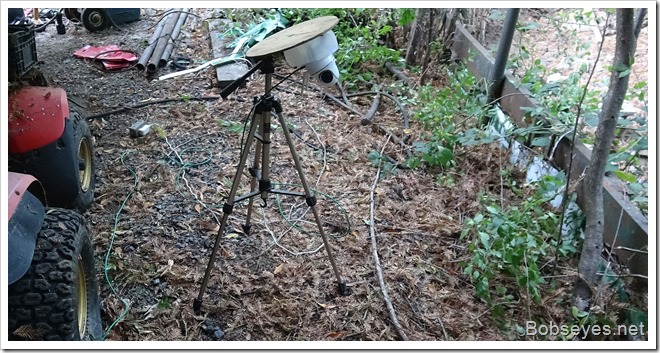 Since I spotted the rats and mice using the wire to move around the other day I was thinking they may be using this  white wire to get onto my roof and into my attic somewhere so I set the camera up. It’s hooked to my computer so I can watch it and it records stuff automatically and does pretty good at night with infrared. 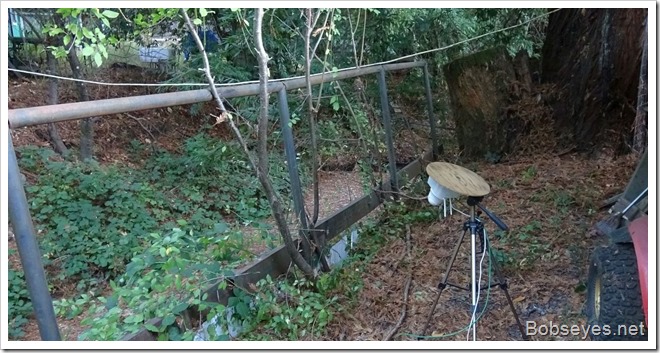 My brother Tom said he had some extra seed potatoes if I wanted to plant them so he brought them over and dropped them off. Lots of them. I need to find places for them and get them into the ground soon. 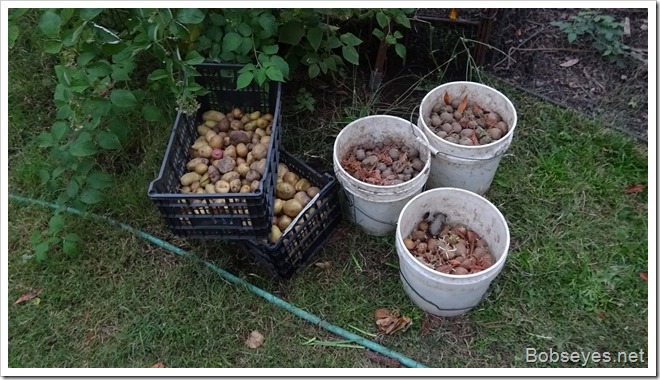 Just before dark I was checking out this spot for some of those potatoes. There’s some blackberry vines growing here which need cutting so I got the cutters out. 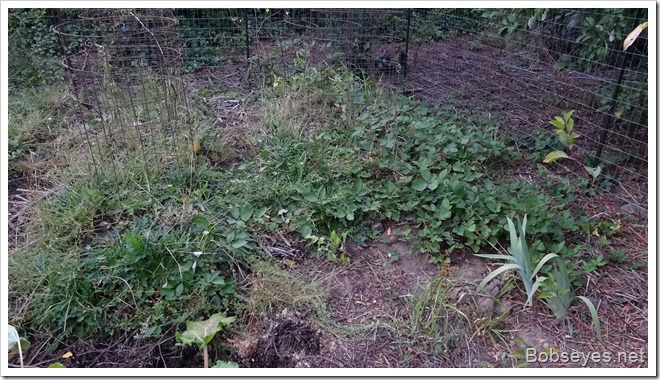 I was able to get all the blackberry vines cut before it got too dark. Some mulch in here would be good before planning some potatoes, more work eh. :O) 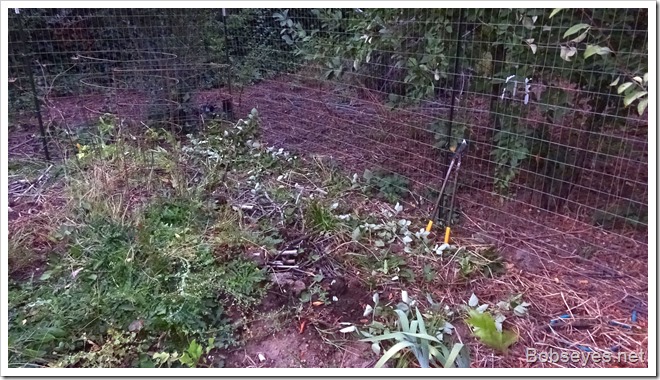 Need to green up

I turned this rain bird on and will let it go for a few hours in the dark. I’d like to get the weeds going so things will green up and it makes good chicken feed. 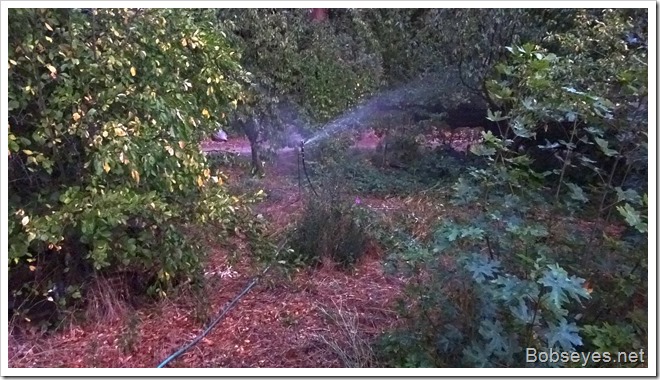 It didn’t take long for a rodent to cross the wire. It was just after dark and this speedy little guy came running off the roof and ran across the wire and jumped to a tree and came down to the ground. So now I know at least one rodent has a hole somewhere up on the roof. I’ll move the camera up there soon to follow it’s path to that hole.

Here’s the shot of the speedy rodent racing across the wire headed to the left. 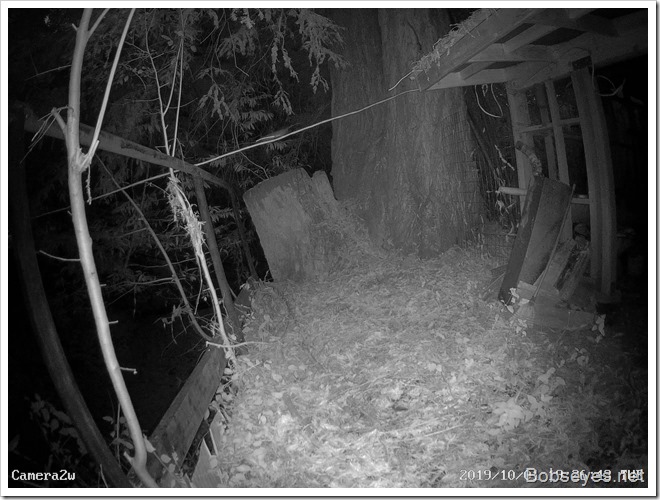 It’s moving fast. Here’s a little closer and better but really not too good a photo but good enough to see what’s going on and that’s all I need. These are infrared night photos. 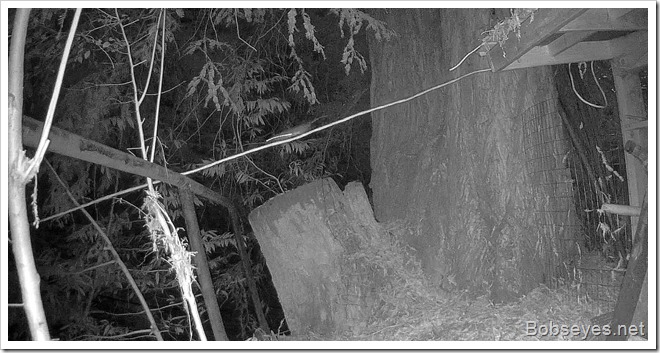 After taking those photos I realized I hadn’t hooked the new cable into the router so it was working wireless to that spot which I’d thought it wouldn’t. I hooked up the wire just the same as it’s a faster connection.

That’s it for another nice fall day.