I cut things to length and welded up the new arm. 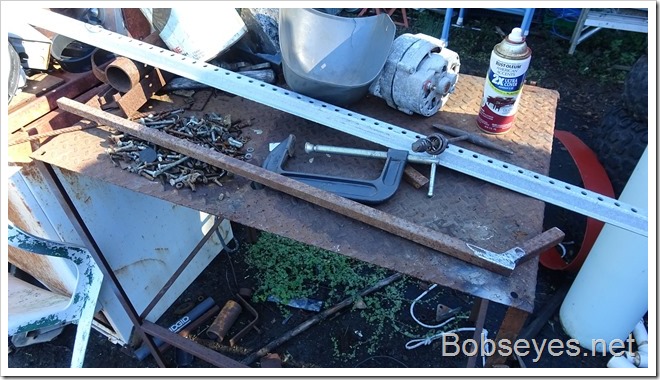 I ground off the sloppy welds I made. I’m having a hard time seeing the weld these days when I make it. I think I need to get a better welding helmet or something. 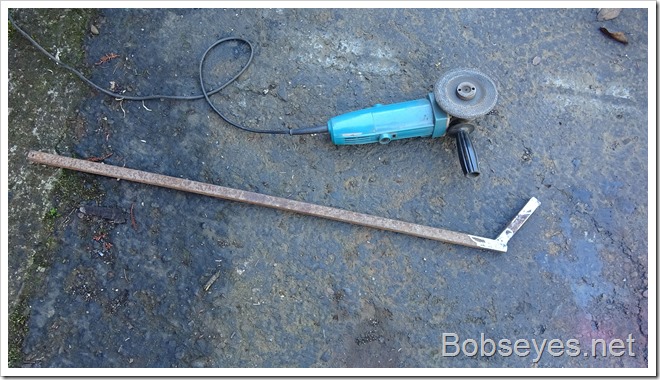 Here’s the new longer arm with the shorter original one and the mounting bracket. I’m making the arm longer so it’s easier to load my kayak than it has been. 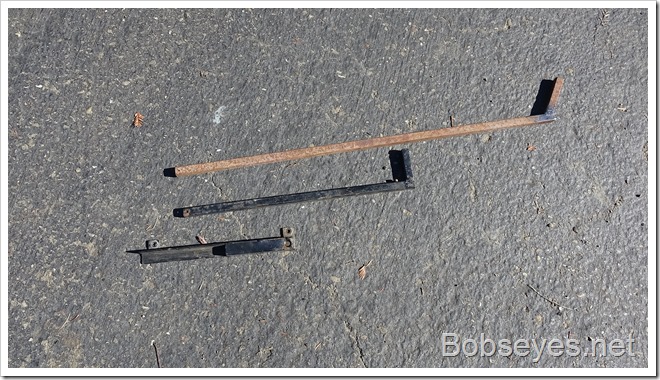 Not sure about a cradle

I wanted to make a sorta cradle for the new arm but that proved not an easy job as the arm is on a slider so it can be pulled out to use and pushed in when not used so this wasn’t going to be an easy thing to do and still be strong. I studied the problem and took a break for a bit to think on it. 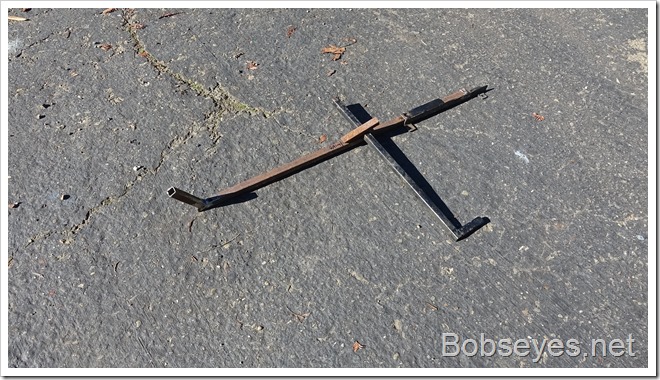 I checked the chickens as they were feeding under this apple tree that had dropped it’s apples.

Use it as is

After some thought on the extended arm cradle I decided to forget the other cradle arm and give the thing a try as it was.

I put a couple coats of paint on the new arm bracket and am letting the paint dry. 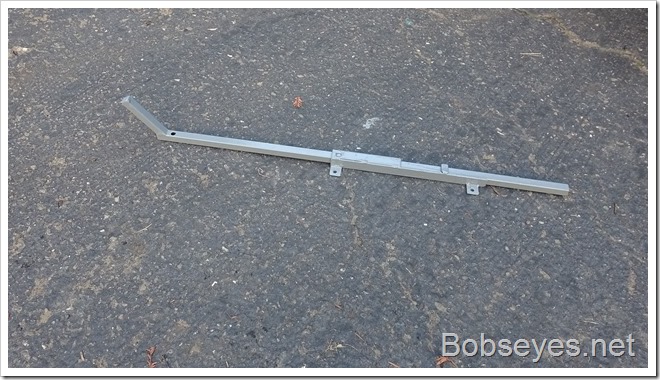 So with that project done for now I hauled some more woodchip mulch to the garden. I hauled about six loads of mulch and decided that would do for today as it was getting late.

The sun was setting. 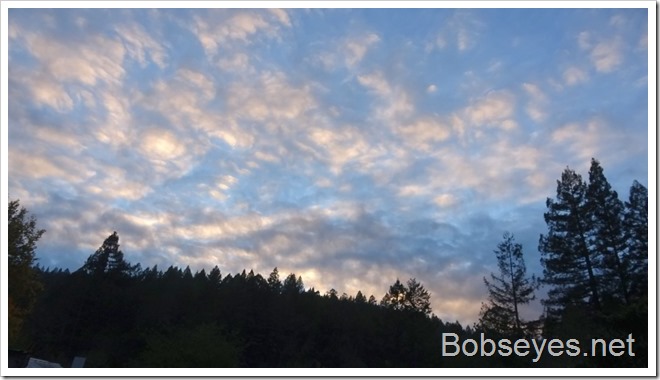 I hung around outside until it started to get dark, then shut the chickens in for the night and that was it for  me today.